Money Heist fans have been united in their hatred of Arturo Román (played by Enrique Arce) ever since he first appeared in part one of La Casa de Papel. Season four saw his storyline take an even nastier turn before he was shot in the finale – but will he die in season five? Here’s what fans think could happen next to the villainous character.

Arturo is one of the most hated characters in the popular Spanish series thanks to his annoying personality.

However, his character took a horrific turn in part four when he raped and sexually assaulted his fellow hostage Amanda (Olalla Hernández).

He then tried to lead a rebellion among the hostages, using the phone the police had smuggled in to call Nairobi (Alba Flores).

This all followed him attempting to give Nairobi the wrong blood back in the opening episode of part four. 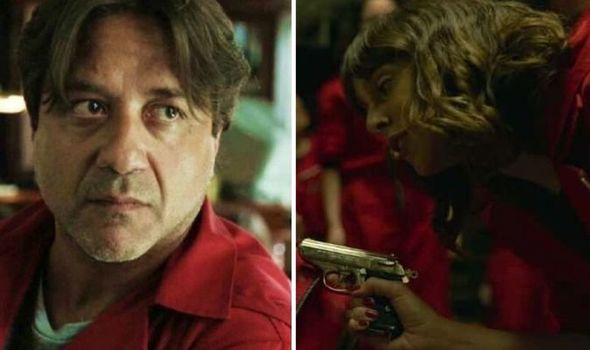 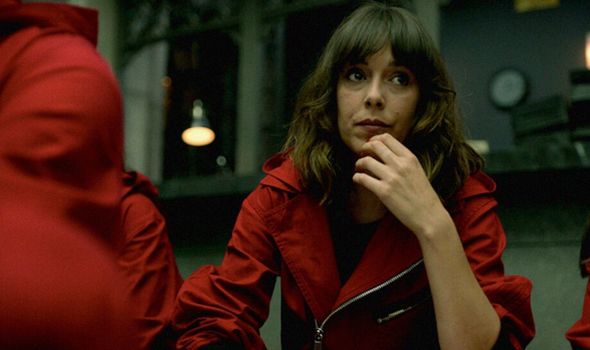 His multiple crimes led new character Manila (Belen Cuesta) to shoot him in the leg in the season finale.

Manila was introduced as Moscow’s (Paco Tous) goddaughter in the fourth series who had been masquerading as a hostage in the Bank of Spain.

As a result, she was given first-hand knowledge of the accusations against Arturo about what he had done.

This came to a head in the finale when Arturo tried to deny the rape allegations once more before grabbing a gun as he attempted to free the hostages. 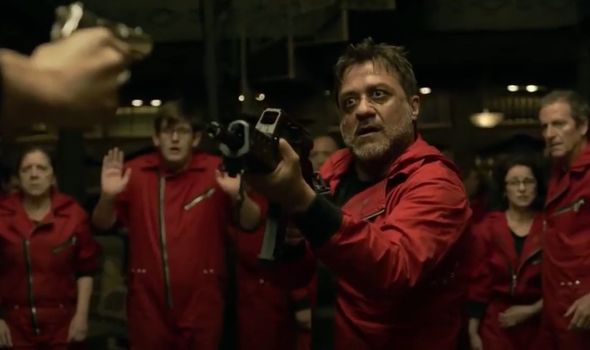 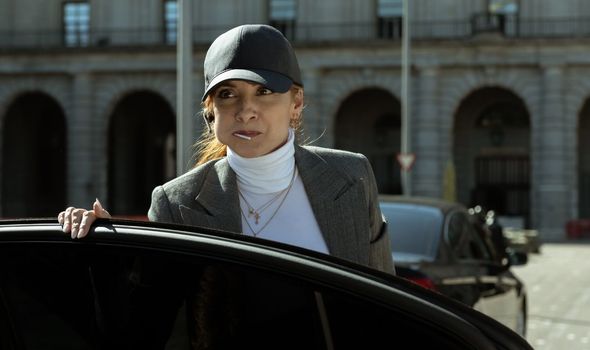 Then Manila shot him in the leg before announcing he was under arrest for the rape of Amanda.

While, it seems he will not die as a result of the gunshot in his leg, when Manila and the rest of the gang find out the truth in season five, he may be in danger.

Viewers did not see him again in the dramatic finale but some fans have been theorising what they want to see happen next to the hated character.

Vosmics wrote: “If Arturo isn’t gone by season 5 imma [sic] scream, I can’t take a look at his face again.”

“Me waiting for Arturo to die in the first few seconds of #MoneyHeist season five episode one,” added fan Itzsunnyb.

Intererestly, Enrique Arce, the actor who plays him, revealed in an interview in LaCajadMúsica TV at the premiere of season three how the character was originally supposed to die early on part one.

However, the writers decided to keep him in the series when seeing his comic potential.

Season five of the show has not yet been confirmed by Netflix but there have been plenty of rumours it could be on the horizon.

This comes after some Spanish publications have reported the series will be coming back for seasons five and six.

As well as this, showrunner Álex Pin teased ABC Spain about the discussions in place.

He said: “Someone knows there will be [a fifth season], but we don’t.”

Fans of the show will have to keep their eyes peeled for news about the future of the show.