Money Heist season three left viewers with a harrowing ending, as a number of characters had their fates made uncertain. In particular, Tokyo (played by Ursula Corbero) and Rio (Miguel Herran) were involved in destroying a tank with rocket launchers in the season’s final moments, leaving them on the chopping block for any onlooking inspectors.

While the pair have endured a tumultuous relationship so far in the series, their actions at the end of season left them high on the police’s hit list.

Furthermore, Nairobi’s (Alba Flores) life was hanging on the balance after she was shot by a sniper.

Despite this explosive finale for season three, season four explored some other areas of the characters and their stories.

However, fans have confessed they were not too happy about some of the choices made for season four.

In particular, Money Heist fan and Reddit user Erise1 recently posted on the forum to announce they were “completely disappointed”. 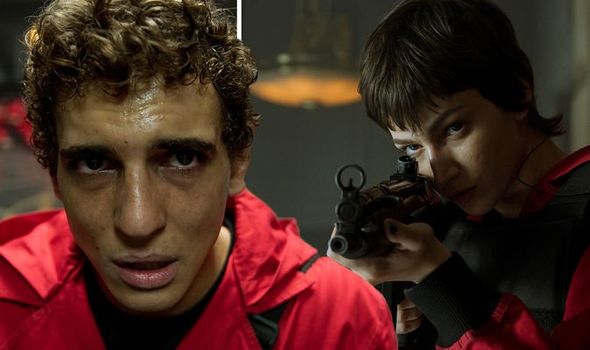 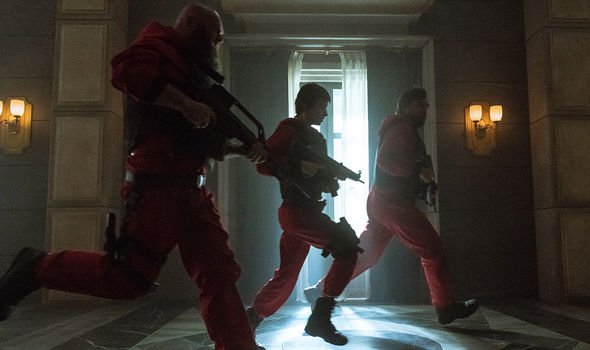 In a scathing rant, they wrote: “I’ve just finished watching the fourth season and am I the only one completely disappointed?

“How all of this related to the heist? I really liked first two episodes, and last two episodes and the middle was something weird.”

The fan then went on to pick out aspects of the season which he they had issues with.

Speaking about the show’s plot line, they wrote: “Why did they show so much of Berlin wedding, if neither this event, neither his wife influenced the heist in any way?” 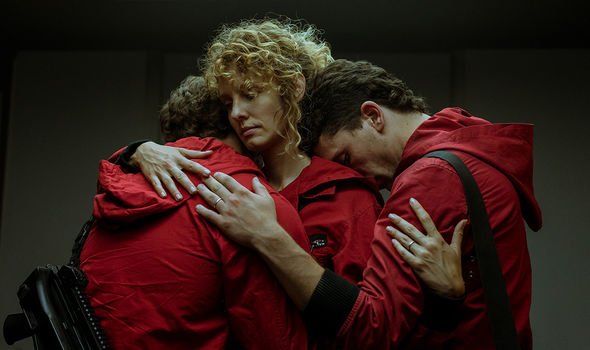 They also went on to point out some episodes focussed on Tokyo, Rio, Denver (Jaime Lorente), and Monica (Esther Acebo) arguing, rather than the overarching plot.

“Why did they spend several episodes on Denver, Tokyo, Rio and Monica arguing with each other?” they asked.

“Come on, they are all in danger and instead of contributing to the heist they were doing s**t?”

Other fans agreed with these sentiments, as one responded: “Absolutely agree. I was really p****d when they were shooting at him and not a single bullet hit him like wtf.”

While another added: “I totally agree… at this point with all the dragging felt like they were trying so hard to extend the episodes with no idea.”

A third fan criticised the show steering away from the heist, as they wrote: “Raquel sitting on a chair for seven episodes just killed me.

Meanwhile, other fans were left upset over the loss of Nairobi during the new episodes.

Taking to Twitter, many viewers spoke out about the tragic death of the character.

One complained: “Money heist is not the same without Nairobi and Berlin.”