Miss Scarlet and the Duke gives viewers a new, fresh take on the Victorian-era drama. While many TV shows venture into Victorian times with a batch of criminal goings-on and unrest, Miss Scarlet and the Duke gives the proverbial magnifying glass to Miss Eliza Scarlet (played by Kate Phillips) – a female detective who has recently taken over her father’s Private Investigator title.

On the other side of the coin is her professional rival, the Duke (Stuart Martin), another investigator who has fallen a little out of love with his profession.

While Miss Scarlet isn’t readily accepted as being a detective because of her gender, she is forced to rely on the Duke to help her with some matters.

However, the pair’s will-they-won’t-they relationship quickly becomes a huge part of the story.

Working alongside one another leaves them open to developing feelings, and their history as close friends continually crops up as events transpire. 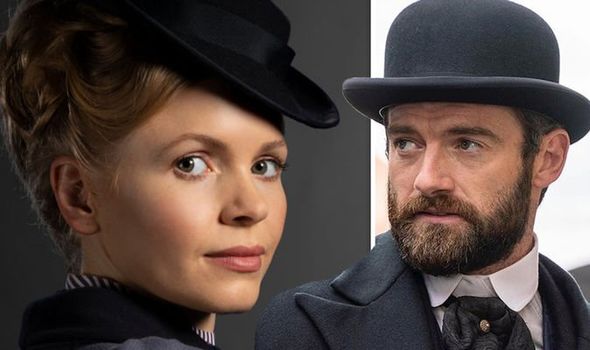 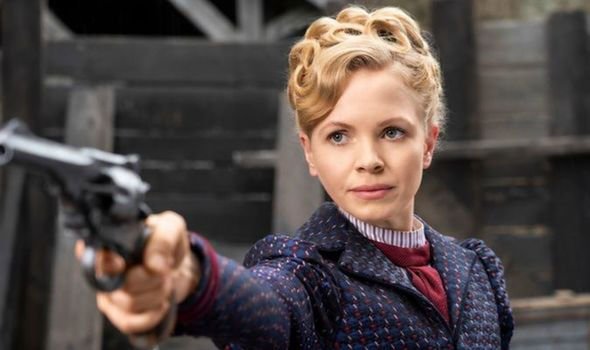 The actors and production team behind Miss Scarlet and the Duke recently spoke exclusively to Express.co.uk, during which creator, Rachel New, and director, Declan O’Dwyer, revealed that the titular characters could “never” get together.

Kate chimed in to expand, saying: “The point is: You really want them to. And, maybe one day, they will.”

Despite the uncertainty surrounding their relationship, Kate went on to explain that this is by design in the script. 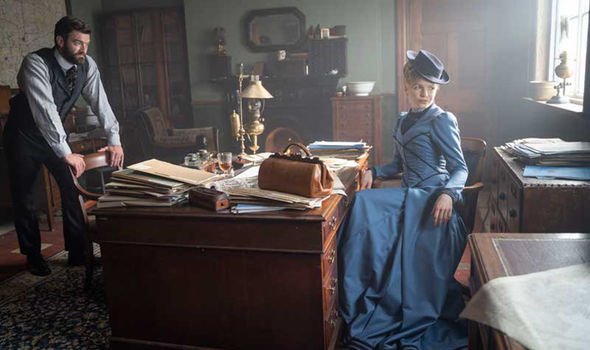 “The truth is, that’s what you love about it.”

Likening the romantic relationship between Miss Scarlet and the Duke to other dramas, Kate explained viewers will enjoy the journey awaiting them.

She said fans will become “desperate” for the pair to go on the same journey as other popular TV characters.

“You love their bickering, and you love the tension between them,” she explained.

“And they have still got a journey to go on in terms of learning about themselves in order to become the couple they have the potential to be!”

The six episodes of season one span a huge amount of real-life events – including discussing the Suffragette movement.

And as the world begins to get with the times, so too does the view of Miss Scarlett hunting criminals.

Kate concluded by adding the Duke goes on to see her as more of an investigator as time moves on, as she said: “What is exciting about the script is that episode five really ramps up.

“They’re tag-teaming, and it’s one episode where they’re solely on the hunt together.

“And what’s amazing is they’re solving crime – but they’re talking about domestic issues and their irritations with each other.”

Miss Scarlet and the Duke airs tonight at 9pm on Alibi.