Home
TV and Movies
Mick should be with Janine and not Linda in EastEnders – there, I said it 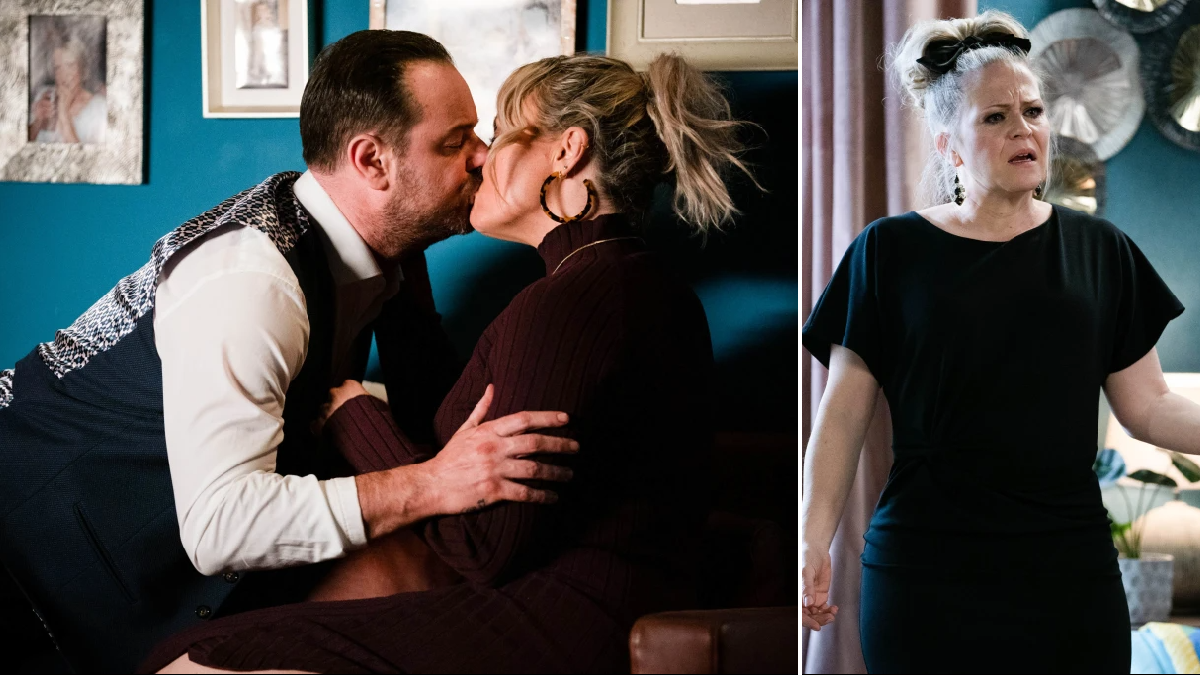 When you think about Janine Butcher (Charlie Brooks), the last emotion you would link to her is love and adoration. But, despite everything, the queen of mean, the heart of ice with added spice, the Butcher of men seems to have found a way to fall for Mick Carter (Danny Dyer).

And honestly, while EastEnders has always sold Mick and his wife Linda (Kellie Bright) as the Walford power couple who can never be divided (well, except for the four hundred odd times they already have been), I am switching teams.

Linda and Mick had a good run, but Janine is now the woman for him as far as I am concerned. And I am happy to die on this hill – well until she pushes Mick down it while he is wearing slip on shoes.

Don’t get me wrong, I loved Mick and Linda as a couple but they have simply been put through far too much at this stage for them to legitimately operate happily.

For me, the last straw came when Linda was pouring more than pints for sewer rat Max Branning while her clearly suffering husband was dealing with haunted memories of child abuse.

Yeuch, Linda lost a lot for me through that.

Additionally, the pair are ready to think the worst of each other without, I don’t know, sending a WhatsApp or, seemingly archaically, picking up the phone and asking what is actually going on.

Communication is key to a marriage and Mick and Linda have had more secrets than Area 51. Screeching each other apart reaches a point when a relationship can take no more and I am frankly exhausted with them ripping shreds from each other.

Janine may dupe rich, older husbands down the aisle despite being ‘as Jewish as a bacon sandwich’, she may frame others for the stabbing of her vindictive lover (and even herself on one occasion) and she may even role play with Ian Beale (bleach my brain), but somehow she is seeming like a semi-decent person.

Not for the first time, Mick and Linda are as estranged as can be when they need one another, so Janine has been there in the wake of Tina’s death.

And boy, do these two have chemistry – I am talking Kat and Alfie behind the bar chemistry and maybe even drifting close to the Sharon and Dennis Snr vibe.

They bounce off each other well; there has been mischief and it has awoken the side of Mick I have missed a lot – lots of banter and a real spark in his personality.

But even ahead of that is the, dare I say, moving scenes of Janine being his pillar. Usually, Janine wants something such as money or revenge when she acts as this kind of pillar – which she is just getting ready to crumble and send the person it is holding up crashing to the ground.

After they had a stroll together away from the bustle of Walford, there was a real feeling of unity there and Janine truly cared. Or she is putting on the act of her life, anyway.

Truly, I felt a new depth to Janine not often seen and Mick was able to let himself go and scream into the void as she provided that safe space for him to let loose.

And, to top it all off, she bought him some chips. That is true love, coming from someone who likes to relieve someone of their money rather than contribute her own readies.

Look, it’s pretty obvious there is no happy ending on the cards; Mick is leaving so any romance with either Janine or Linda is doomed.

And it seems fairly likely that the Janine of old won’t be able to help herself if Mick so much as raises an eyebrow in the wrong way towards her.

But it’s so much more fun; there’s fire and energy and while Kellie has been absolutely phenomenal (when is she not?), it’s hard to see Mick and Linda as anything but mutually destructive now.

Yes, the anger and breakdowns are born from the ache of genuine and lost love, but there is just no way back and I can’t see the point in EastEnders writing in a strained reunion before Mick leaves.

I am far more into the cat fights between Linda and Janine, the sassy dialogue and top tier performances from titans Charlie and Kellie.

This feels like true EastEnders – a sizzling couple behind the bar, public slanging matches and a build up to what has been promised as an explosive ending.

Mick has been in need of a new oomph in his life and while Linda may always be his soulmate, Janine has invigorated everything.

It has added such great depth to Janine since her welcome return – would she have worked if she was just an all out superbitch, surely the temptation when bringing back a character like that?

Emmerdale tried that with Kim Tate, who is now so much more watchable as a schemer but with much more vulnerability.

I haven’t been invested in a story in Walford like this for at least a year and suddenly everything is moving in the right and exciting way.

Now all I need is to find out where returning Sam Mitchell will find herself – I hope to be writing a similar piece about her fiery scenes with anyone in her orbit before long.