Home
TV and Movies
'Love Is Blind': Diamond Initially Liked Mark but Backed off for Jessica

Diamond Jack got engaged to Carlton Morton on the first season of Love Is Blind. But the two broke up after a heated argument that revolved around Carlton’s sexuality.

Before Carlton, Diamond initially connected with Mark Cuevas. However, she was friends with Jessica Batten so backed off when she realized they were connecting. 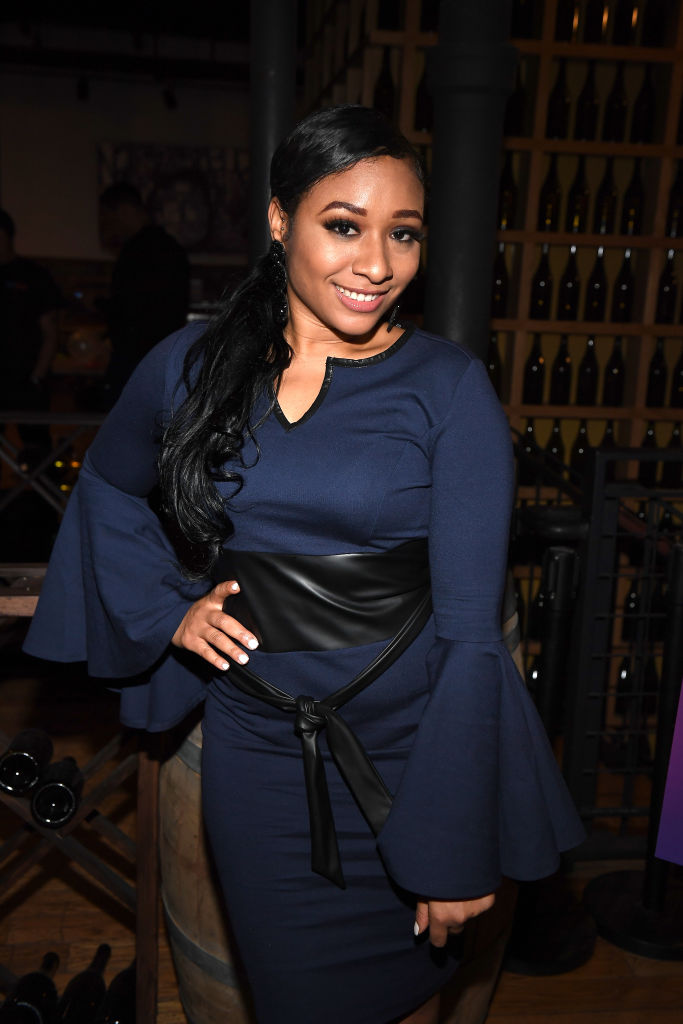 How Diamond feels about Jessica

“She was really sweet besides everything that happened on the show. But with our friendship, we were really cool and she would always tell me about Mark and how she really likes him so I kind of separated myself from that when she started to like Mark,” she said of Jessica in an interview with the Love In Sight podcast.

Diamond says that both Amber Pike and Jessica are good people.

“Amber knows what she wants and she clearly tells the whole world, ‘This is who I want. This is who I am. And this is who I want. And if you like it, oh well, kick rocks.’ Like, that’s Amber’s attitude. Jess’ attitude is not like that. Jess is more sincere. She was fallin’ in love. I think it was a confusing experiment,” she said. “Like, though she fell in love with Mark, it’s OK to start liking Barnett. Like, we’ve all gone on dates. We’re all trying to meet our number one. I feel like people really need to understand that. Because she liked Mark and because she liked Barnett doesn’t make her a bad person.”

That being said, Diamond doesn’t exactly approve of some of Jessica’s behavior later in the season. However, she does understand why she acted the way she did.

“Now when it comes down to other things that happen later on the show, I do not agree with how she handled that. But at the same time, she wanted to find… this is someone you’re gonna spend the rest of your life with. You want to make sure you pick the right person,” she said.

Other ‘Love Is Blind’ contestants who changed their top prospects

Diamond and Jessica aren’t the only people who changed up who they liked during the course of the experiment. Giannina Gibelli originally liked Matt Barnett and Amber liked Damian.

anyone who knows me knows I’m like this big birthday freak 🎉 I love to go all out and make you feel super special and you have every right to spend it however you’d like – it’s dope to see that this year didn’t change that, yeah I wasn’t excited about it for a while but the sweetness that my friends and family poured into me made me so happy (and Dame managed to surprise me like 4 times in quarantine somehow), we celebrated life and i think we all needed that ☺️ thank you for all of the lovely birthday wishes, I’m gonna go nurse my hangover now ✌🏽

Carlton also connected to someone else before he got engaged to Diamond. In fact, he says he wishes he would have proposed to her instead.

“To be honest, I probably would have gone with my other choice for proposal person,” Carlton said on Love In Sight.

Today, only Lauren Speed and Cameron Hamilton and Amber and Barnett are still married. And Giannina and Damian Powers are still dating.

Read more: ‘The Bachelor’: Cassie Randolph Is ‘so Proud’ of Colton Underwood for ‘Being Vulnerable’ in His Book, Says a Source

Tags: Blind':, Dia, is, Love
You may also like
Recent Posts