Home
TV and Movies
'Law & Order: Organized Crime': Will Angela Wheatley Be Back for Season 2?

The debut season of NBC’s Law & Order: SVU spinoff series, Law & Order: Organized Crime, ended with Angela Wheatley hanging on to her life by a thread. So will she be back when the show returns for season 2? 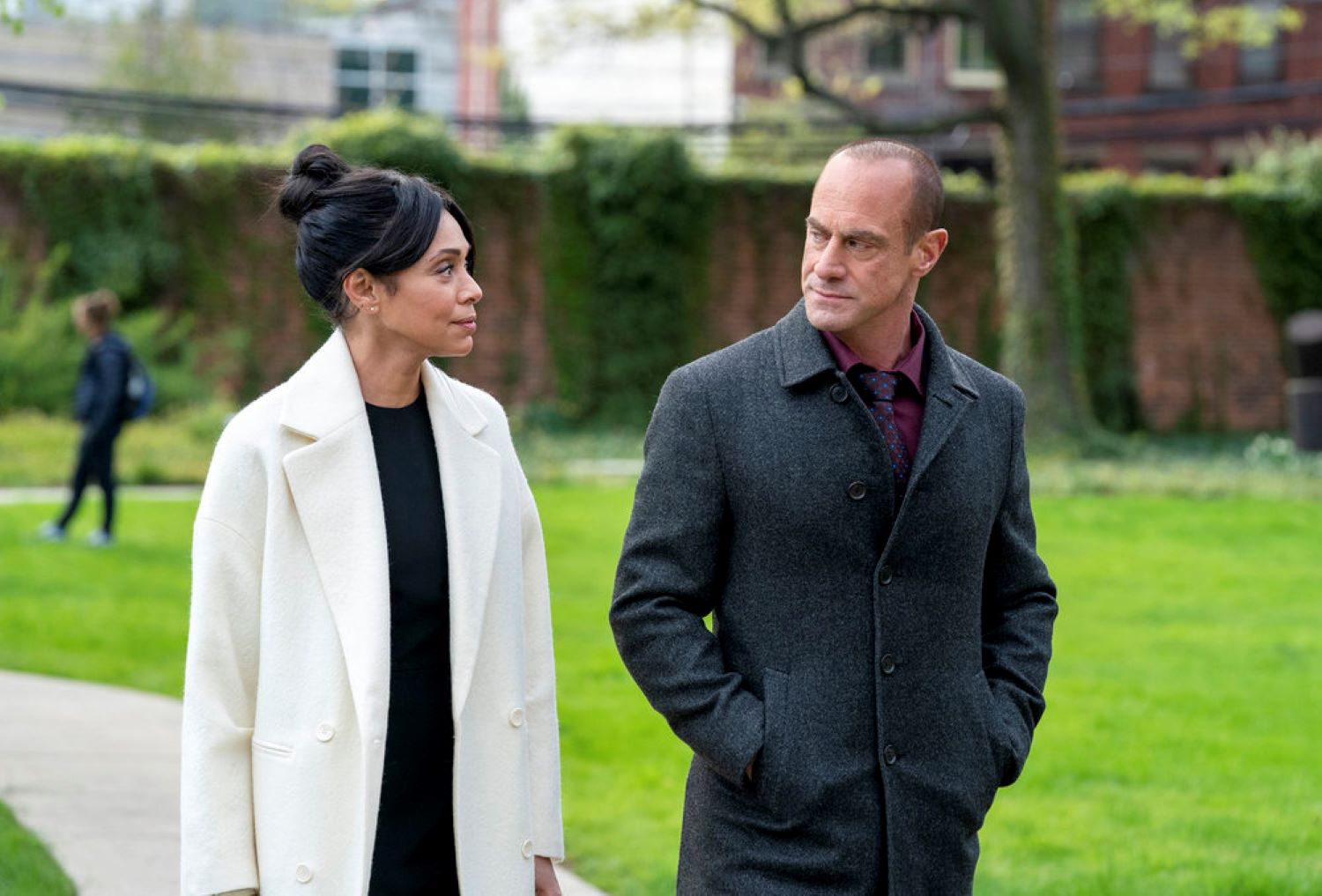 In the last moments of the Law & Order: Organized Crime finale, Elliot Stabler (Christopher Meloni) and Sergeant Ayanna Bell (Danielle Moné Truitt) arrive at the hospital where Angela Wheatley (Tamara Taylor) is recovering. It seems that she was poisoned at the behest of her ex-husband, Richard Wheatley (Dylan McDermott), while in police custody.

Benson calls Stabler and Bell and warns them about Morales. But when the agents arrive, they find Morales holding a gun, confessing to taking money in exchange for killing Angela.

After Bell shoots Morales, they enter Angela’s room and find her barely conscious with a needle stuck in her arm. The episode ends with Benson and Bell working on Angela, as Stabler yells out for help.

Will Angela Wheatley be back for ‘Law & Order: Organized Crime’ season 2?

While Angela Wheatley’s return hasn’t been confirmed, there is a good chance she will at least be mentioned in season 2 of Law & Order: Organized Crime. The cliffhanger about her survival still needs to be addressed, and according to showrunner Ilene Chaiken, the show will pick back up with some of its loose ends.

“When we come back in the fall, we will begin a new story,” she told EW when talking about season 2. “But that doesn’t mean we’re simply going to drop these threads.”

Chaiken also noted that Angela’s ex-husband will still be part of Elliot’s story in some capacity.

“Wheatley’s influence will certainly remain in our world,” she said. “It’s too soon to say whether Richard Wheatley will return, but I will say we certainly hope he will. At the same time, we’ll be picking up season 2 with a new crime story and a new major adversary, but Wheatley could very well make an appearance, or two, or four in the future.”

The first season of Law & Order: Organized Crime found Stabler fighting off a mafia enterprise.  And as teased by franchise creator Dick Wolf, season 2 will dive deeper into that world and take on the tone of popular mafia movies.

“The first third of the season is The Godfather,” Wolf told TV Line. “The second third is American Gangster. And the last third is Scarface. And these villains are going to be really bad guys that give [Stabler] a constant source of energy, outrage, belief in justice, and a different way of pursuing criminals than we’ve had before.”