KATIE Price was back in the saddle on her beloved horse last night just six weeks after undergoing brutal surgery in Turkey.

The 43-year-old looked in fine form as she rode at her stables in Essex. 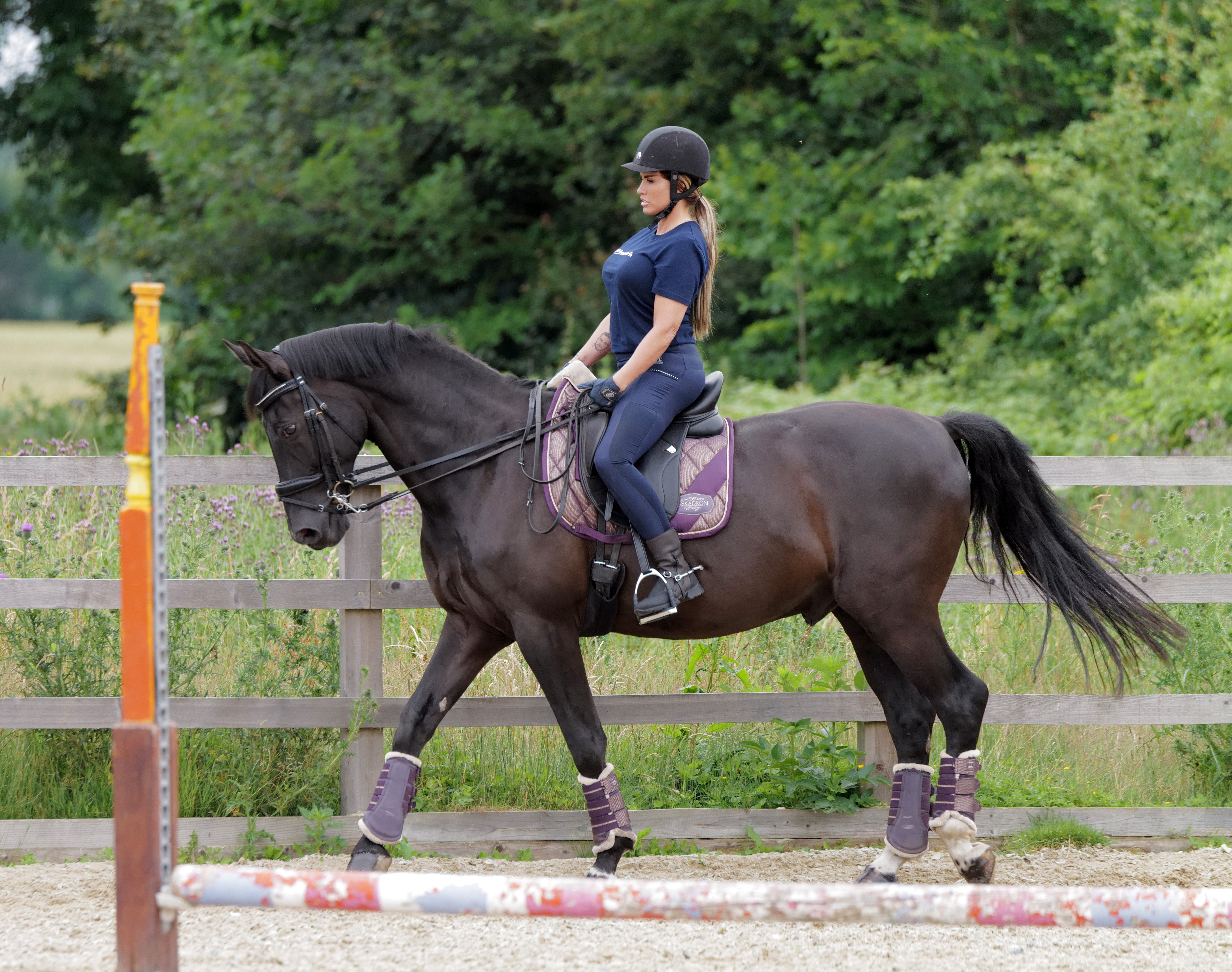 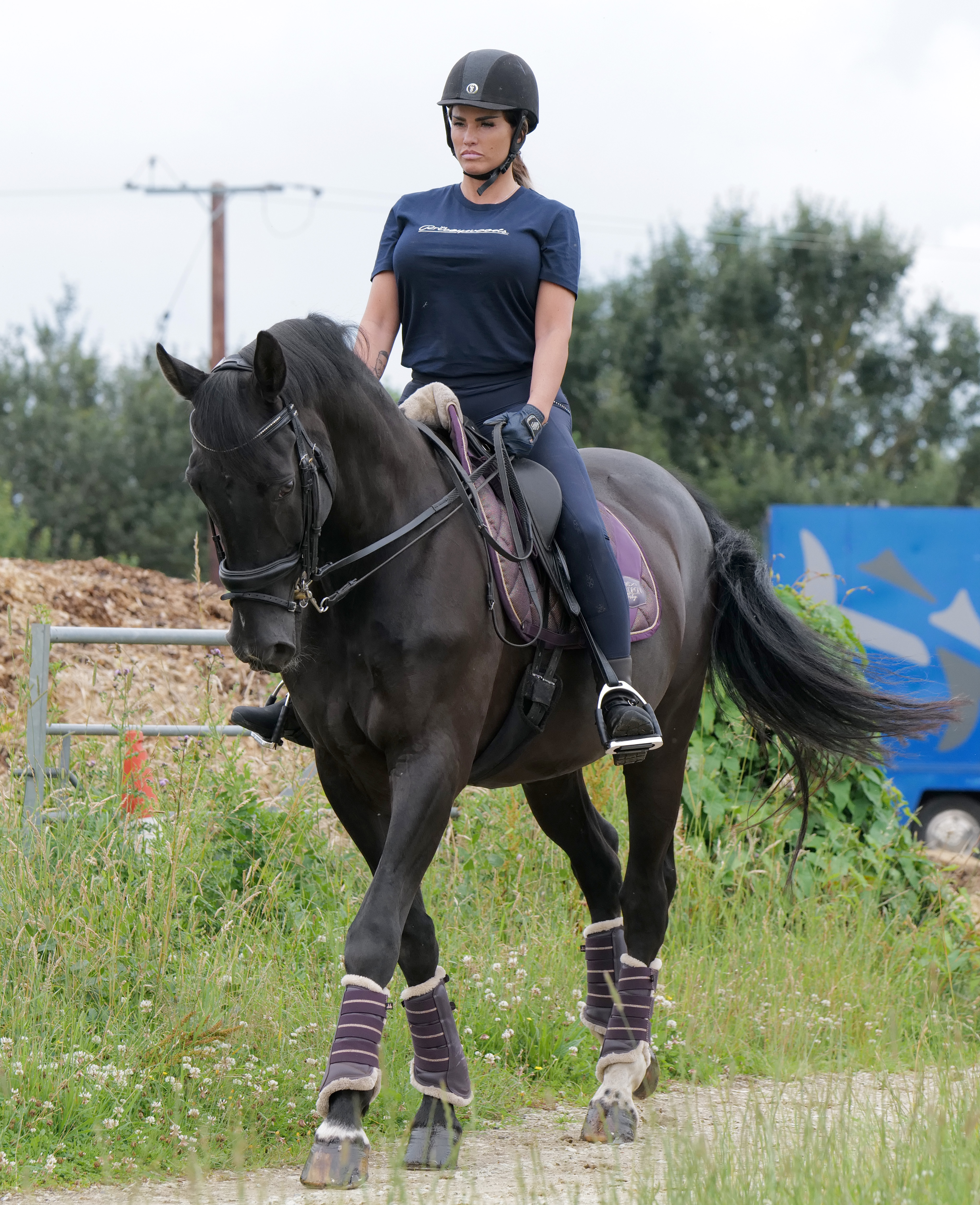 Standing in the stirrups, Katie wore a helmet, navy T-shirt and jodhpurs for the the relaxed trot.

Katie recently revealed a close-up look at her new face with no filter.

The Sun exclusively reported the reality star was convinced she was going to die after going under the knife to make herself look younger.

In her recent round of operations, Katie endured five cosmetic procedures including a lip lift, liposuction, and Brazilian bum lift.

She said they left her in "horrendous pain" and looking like "a monster".

The Sun's exclusive photos revealed that there was still visible scarring on her face as she continues to heal.

The former glamour modes branded herself a “surgery veteran” after three facelifts, and liposuction as many times.

She said she'd lost count of her boob jobs — thinking it’s around 12, and says Botox no longer works for her as she has had it so much since 30.

Speaking about fearing she looked like a monster, she told The Sun: "Honestly, I’ve gone to hell and back, it was horrific — ‘Oh my God I look like a monster out of a horror movie’.

“I just thought, ‘This is it, I’m going to die. I was terrified of looking like a freak, like that Bride of Wildenstein or a fake doll.

“I’ve woken up with holes and stitches all over my body.

"I look like I’ve got cat’s whiskers coming out of my nose and eyes. But I just want the old Katie back!" 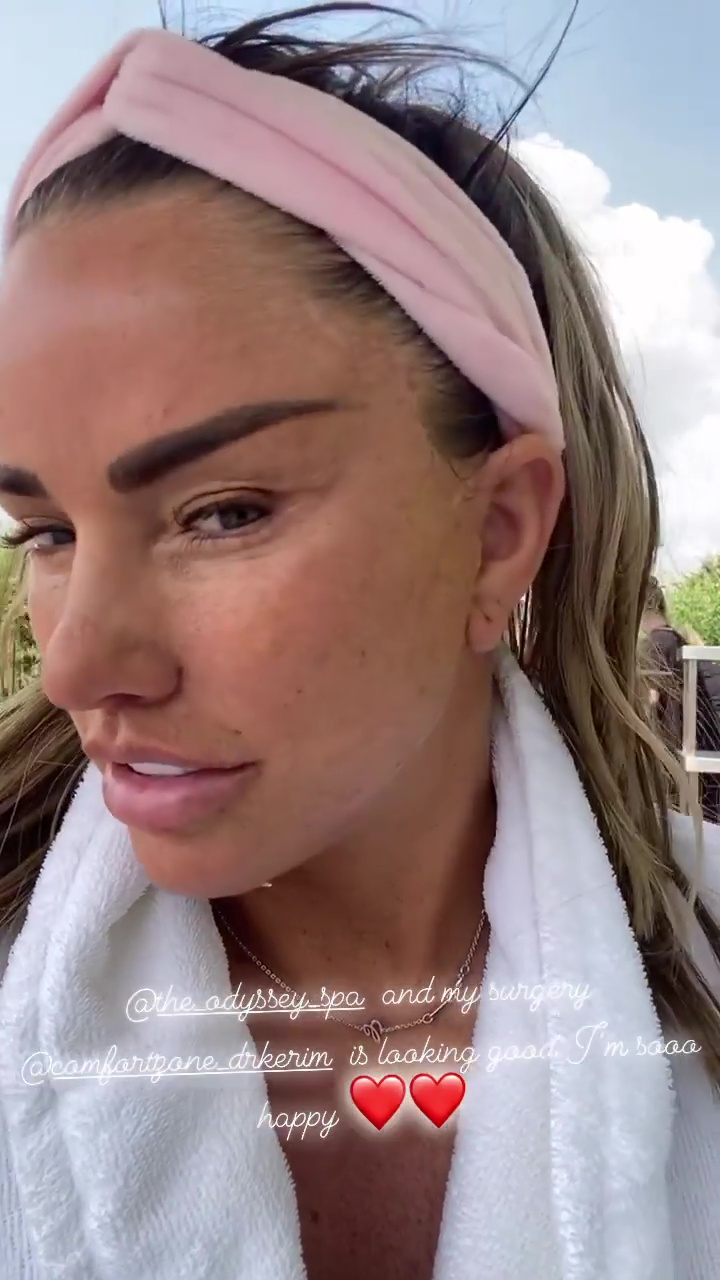 Tags: [S, back, gets, in, Katie, Price, The
You may also like
Recent Posts