KATIE Price enjoyed quality time with her kids Bunny and Jett at her pal's swimming pool as temperatures soared.

The 42-year-old star was spotted poolside with her youngest son who she shares with her ex Kieran Hayler. 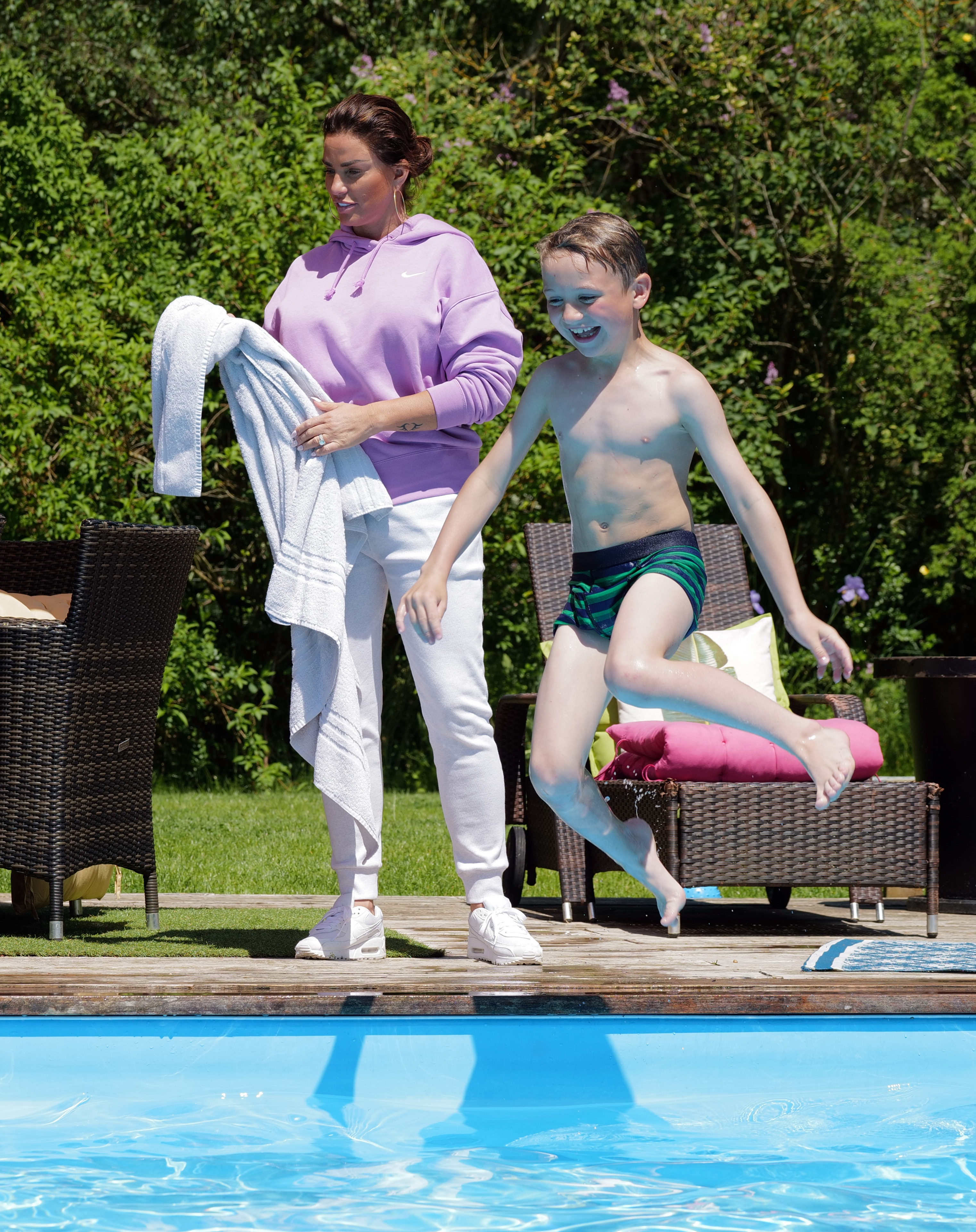 Jett, seven, lept into the pool on Sunday as Katie kept a close eye on her brood.

Katie could be seen giving her daughter Bunny, six, a huge hug as she wrapped a towel around her.

The mum-of-five – who is engaged to Carl Woods – opted to stay dry wearing a comfy tracksuit and trainers.

Katie recently whisked the family to Portugal as she revealed she's trying to get pregnant. 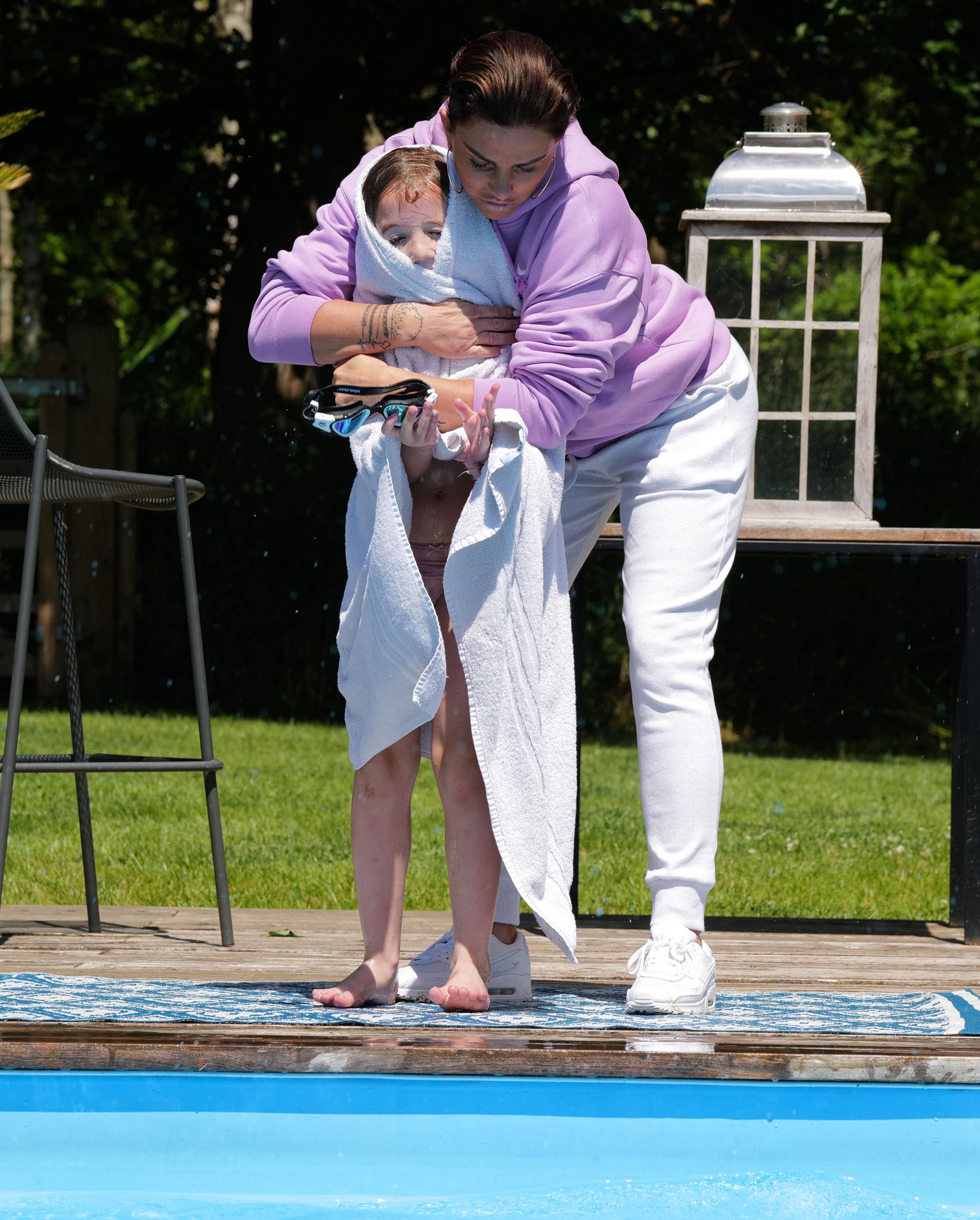 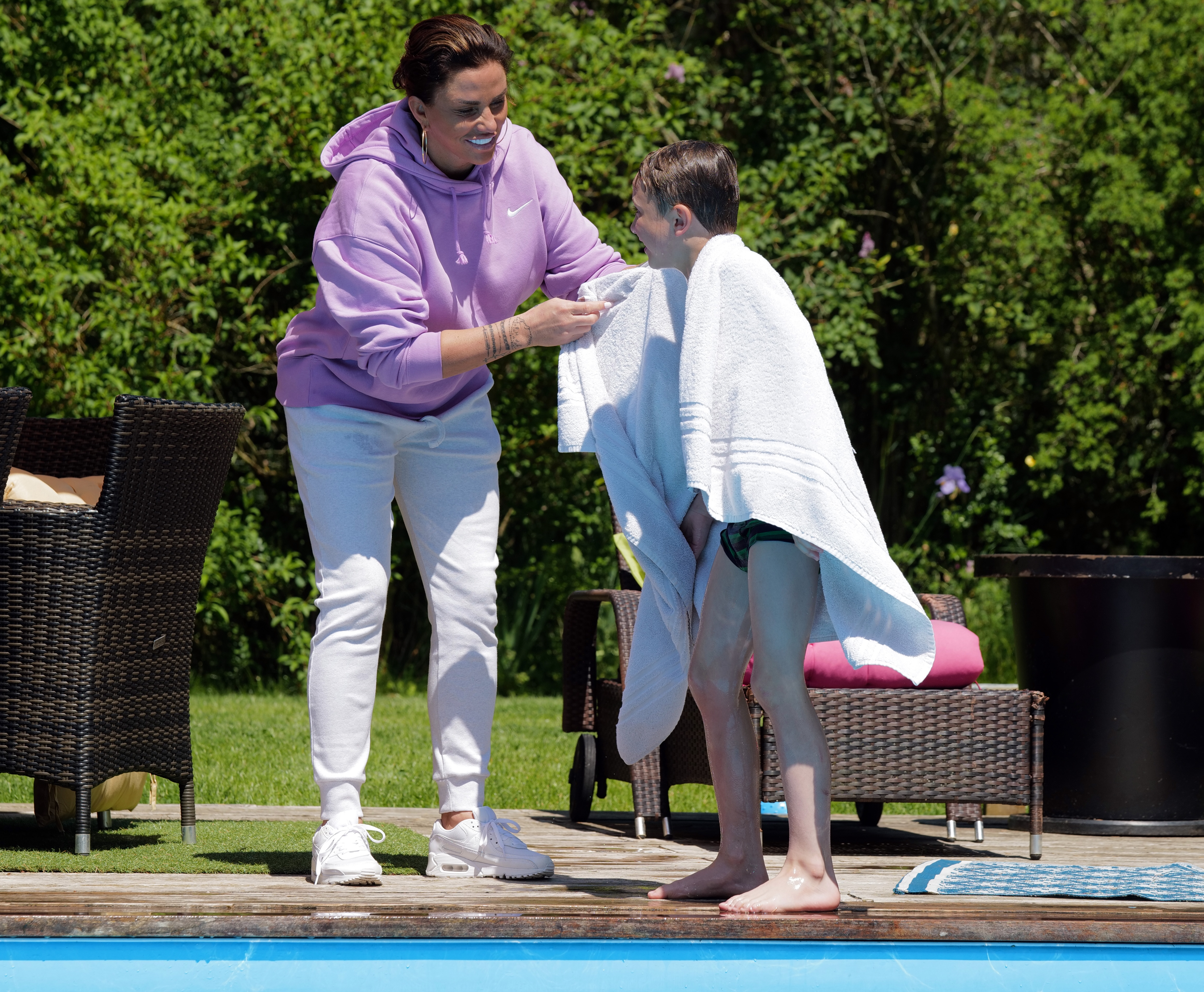 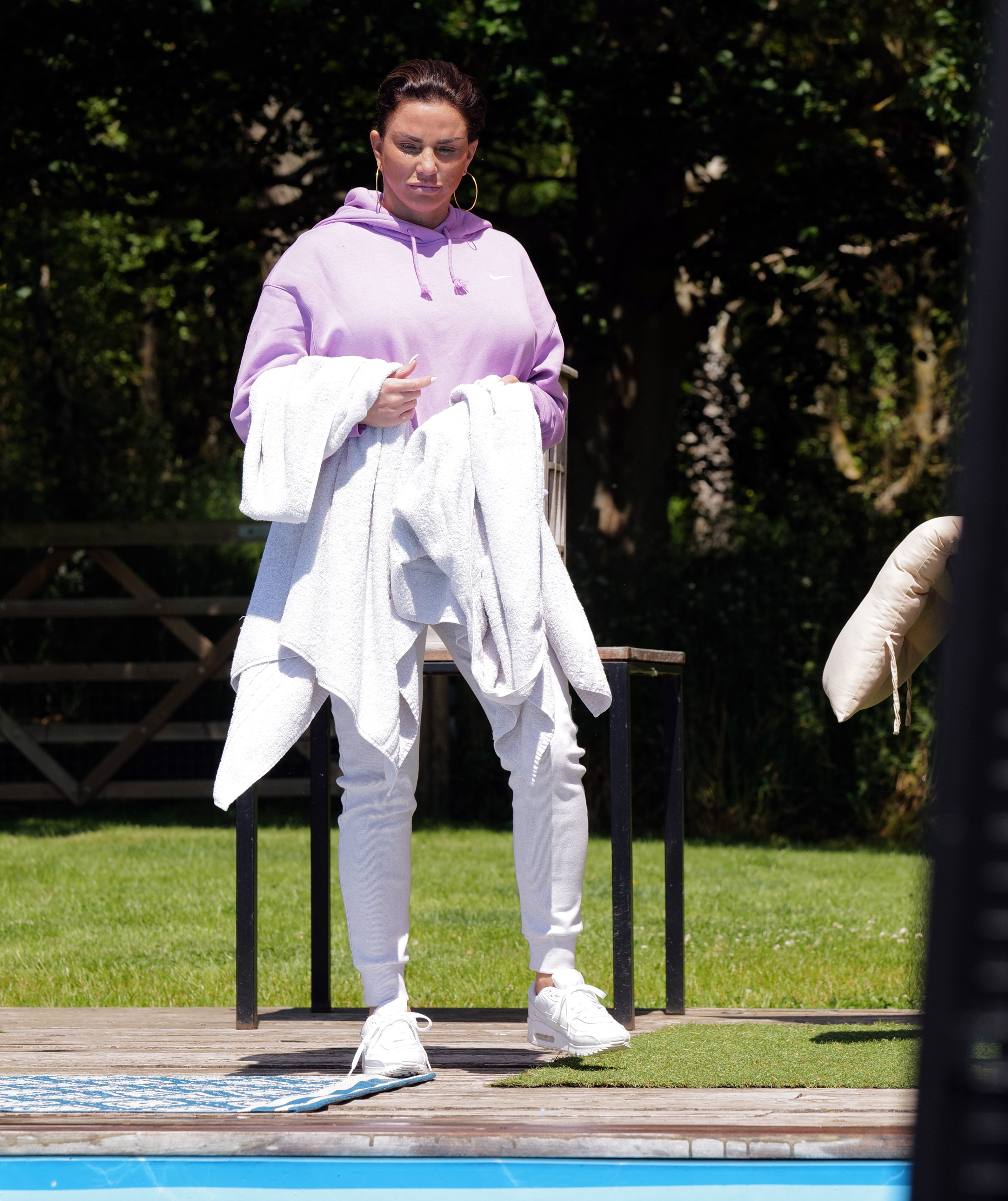 Katie was among the British tourists rushing home from Portugal as it was removed from the green list.

The ex glamour model was holidaying for the second time in the country alongside fiancée Carl, and told pals she hoped to get pregnant abroad.

Katie is even planning to call her baby Lisbon if she achieved her aim of getting pregnant in Portugal.

It's been reported the former glamour model, who has been open about wanting to have a sixth child, will name a baby after the Portugal capital if she gets pregnant on her hols.

A source told New! magazine: "After their holiday in Portugal, she's holding on to hope that she could be pregnant. 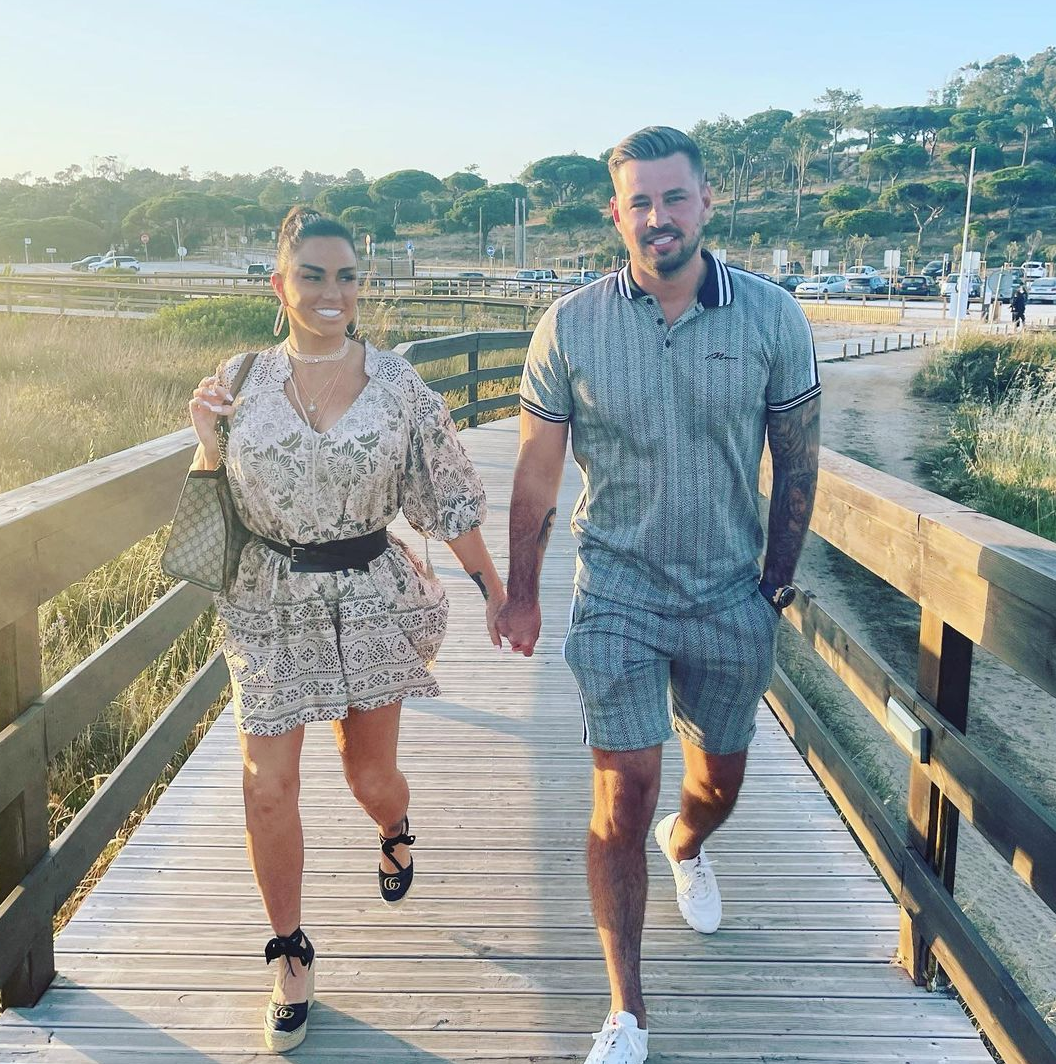 "She's even joked that if she is, they'll name the baby after the holiday!"

Although Katie told The Sun she will undergo IVF, sources close to Katie have said that she is still holding out hope to get pregnant naturally.

“I’m doing this for my mum. She told me to have IVF so she can see us have kids. It will break my heart if she can’t.”