Jurassic World Dominion is a tremendous disappointment. Co-writer/director Colin Trevorrow and co-writer Emily Carmichael make room for legacy characters to join the adventure for the final installment of the Jurassic World trilogy. However, Dominion is laborious and non-sensical storytelling that is a chore to get through. 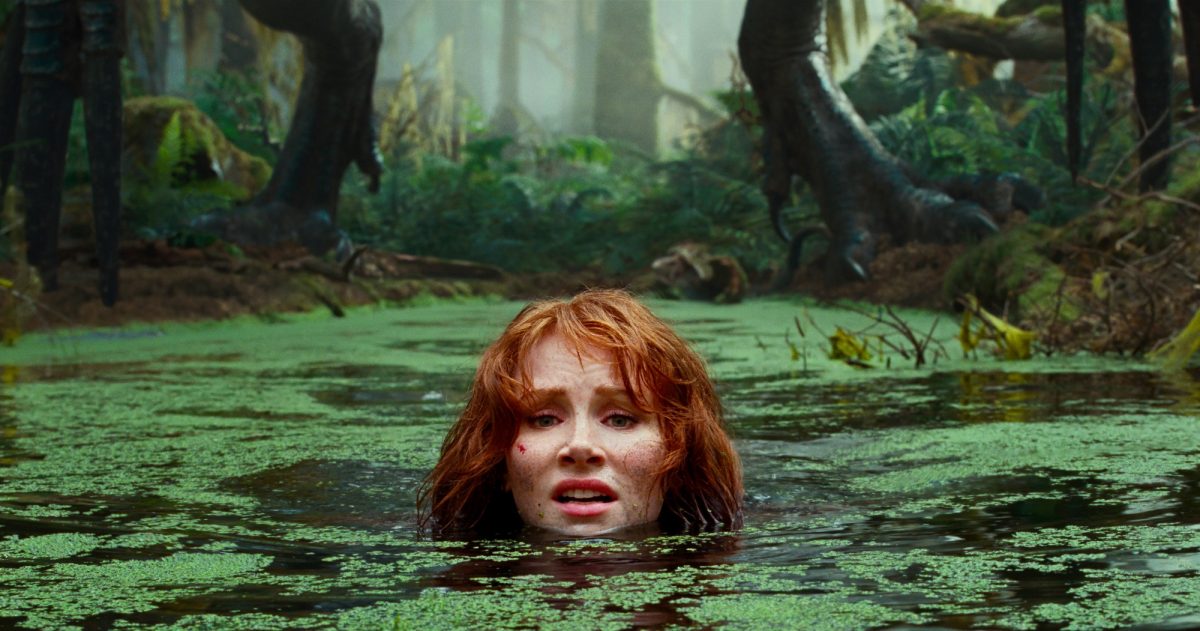 The story picks up four years after the destruction of Isla Nubar and the world will never be the same. Jurassic World Dominion finds dinosaurs now living alongside human beings in society. However, these dangerous creatures repeatedly turn on humanity as prey. Are humans on their way to losing their place as apex predators?

Writer/director Colin Trevorrow is a mother/daughter story at heart

The first act makes it clear that Jurassic World Dominion isn’t to be taken very seriously. It makes a point of incorporating more self-aware comedy than its predecessors. However, not all of the laughs are intentional. Trevorrow and Carmichael’s script is full of stilted dialogue exchanges that leave both the audience and the characters themselves wondering what they’re even talking about.

Claire and Owen are downplayed to where Howard and Pratt have little to do. However, Neill, Dern, and Goldblum reintroduce legacy characters that audiences will no doubt love to see once again. They instill a greater sense of charm than any of the newer cast additions, but their charisma is overshadowed by hollow writing that doesn’t capitalize on their strengths. Not to mention, the stories between the old and the new characters fail to connect in any meaningful way.

Trevorrow makes Jurassic World Dominion feel vast. He plays with a wide variety of locations with drastically different environments. Trevorrow successfully makes this world feel huge, although the special effects are inconsistent, at best. Additionally, many of the action set pieces are more similar to a Bourne installment. There’s a big chase sequence that is entertaining, but most of the spectacle doesn’t fit into the franchise. The first act introduces the film’s most fascinating elements, but the film quickly abandons these potential story directions.

Jurassic World Dominion is ultimately more about Biosyn and locusts than it is about dinosaurs or the characters. Trevorrow and Carmichael once again recycle several plot points from previous franchise installments, including how it incorporates a company into the narrative. Jurassic World Dominion is an awful legacy sequel that spends its time on all of the wrong things.