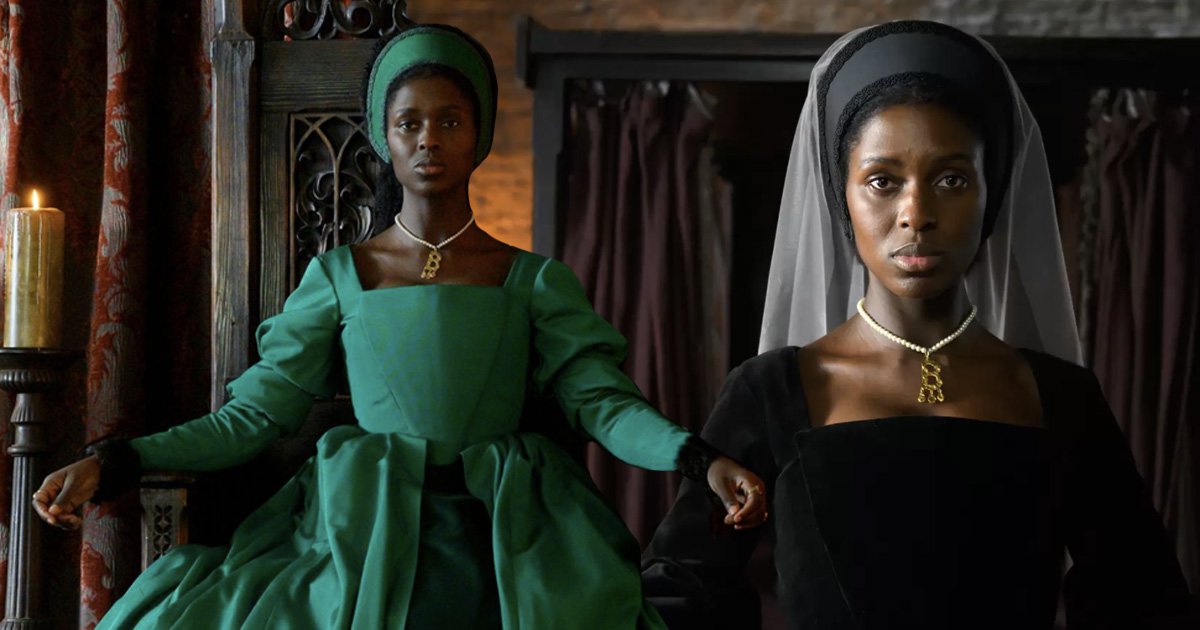 Anne Boleyn viewers were conflicted over episode one with many praising Jodie Turner-Smith’s performance as the real life Queen of England, while others couldn’t get past the historical inaccuracies.

Jodie, 34, takes the lead as King Henry VIII’s second wife in the Channel 5 series, which has been described as a reimagining of the real life story of Boleyn. Not least for the glaringly obvious fact that Jodie is a Black woman portraying the white royal.

There was a huge reaction to Jodie’s casting but she seems to have impressed most viewers regardless of her race.

One commented: ‘Really enjoying #AnneBoleyn on @channel5_tv. Jodie Smith-Turner is outstanding in the lead role.’

Another agreed: ‘Less than 10 minutes in and I’m genuinely in awe of her screen presence she is every inch the Queen.’

‘Already am I in love with Jodie Turner-Smith’s portrayal of Anne Boleyn,’ another stated.

One viewer joked: ‘I have 0 problem with a black #AnneBoleyn.  I have big problems with perpetuating the myth that Henry was unconscious for hours after his fall from a horse.’ 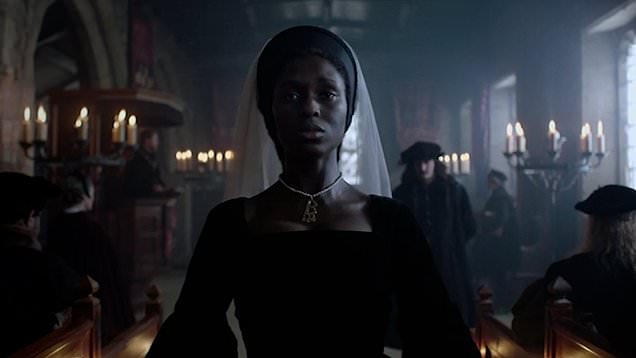 To view this video please enable JavaScript, and consider upgrading to a webbrowser thatsupports HTML5video

Heaping further praise on Jodie, another said: ‘Been looking forward to this & it does not disappoint!! Jodie Turner-Smith is captivating!’

Towing the line, one viewer said the ‘casting was fine’ and ‘worked’ but they found the script ‘excruciating’.

Many others agreed that they were as yet unconvinced by the direction of the reimagined Boleyn and some of the historical inaccuracies.

Sharing their gripe with the series, one explained: ‘Not sold on this characterisation yet. Anne was hugely religious and into Reform. So far we’re seeing a lot of familiar stereotypes. Anne the ‘man-eater’ or schemer. Hoping we break through these stereotypes later in the show.’

On more of a light-hearted note, one quipped: ‘Loving #AnneBoleyn so far. But Court life seemed so stressful lmao I don’t think I could stand the constant pressure.’

During the first episode, Boleyn was seen giving birth to her stillborn son in a heartbreakingly prolonged scene, and also engaged in several steamy trysts.

Anne Boleyn returns to Channel 5 next Tuesday at 9pm.

Tags: Jodie Turner-Smith
You may also like
Recent Posts