X Factor stars Jedward joined in the Black Lives Matter protest in West Hollywood, even jumping up on to a car at one point.

The pop duo whose real names are John and Edward Grimes protested with thousands of others after the murder of George Floyd. 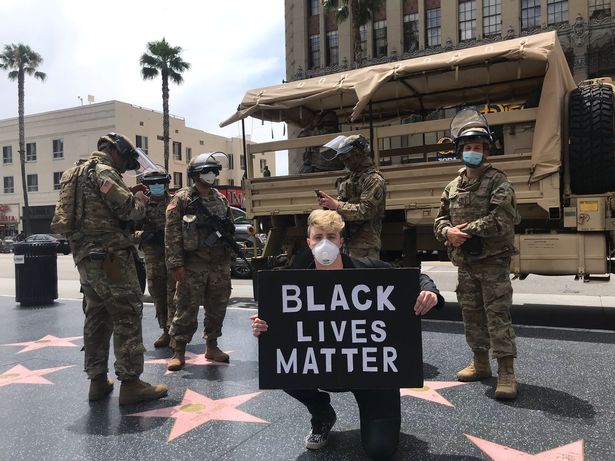 The twins carried signs on black cardboard which read 'Black Lives Matter' and chanted the slogan which aimed to end racial inequality.

Jedward chanted at the protest: "No justice, no peace."

They posted footage on top of the car and photos of them posing with the sign in front of armed military personnel to their official Instagram account.

The Eurovision finalists captioned the photo: "Freedom You Deserve #BlackLivesMatter." 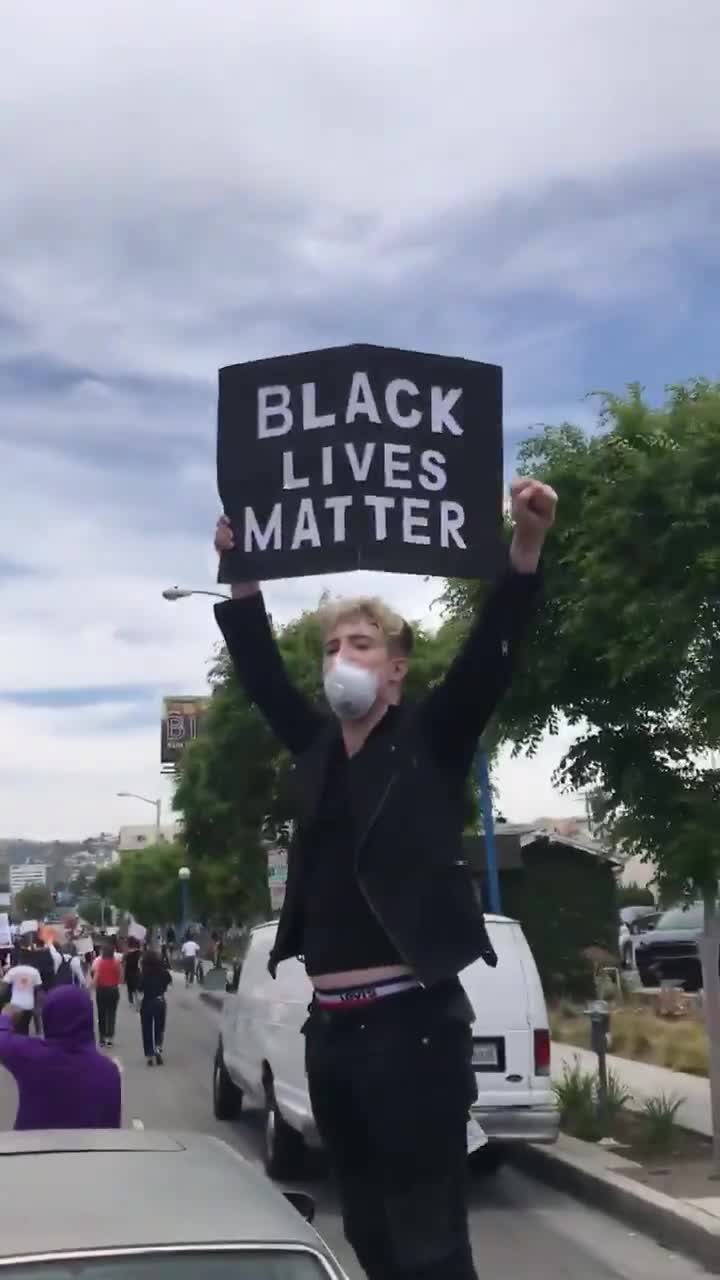 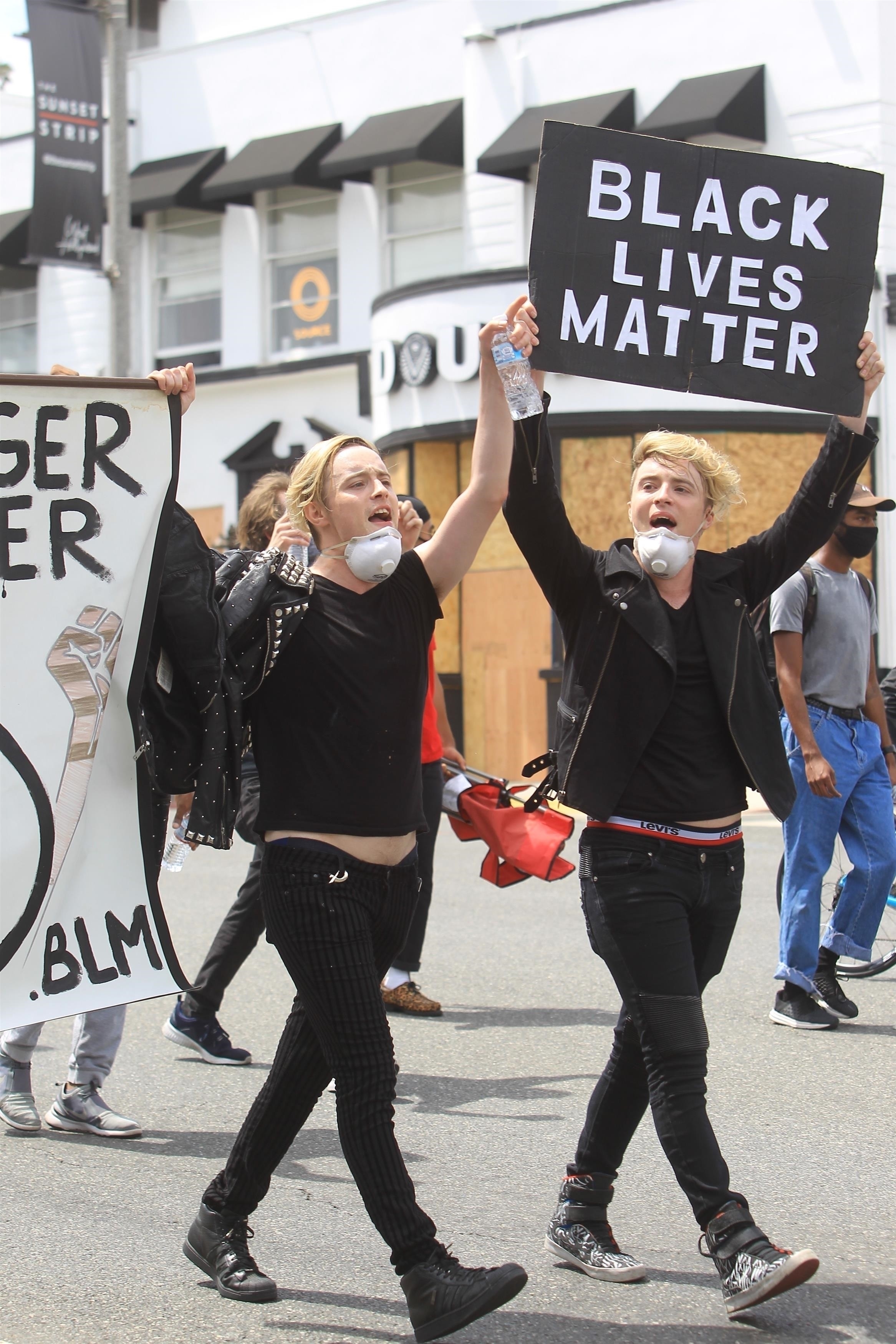 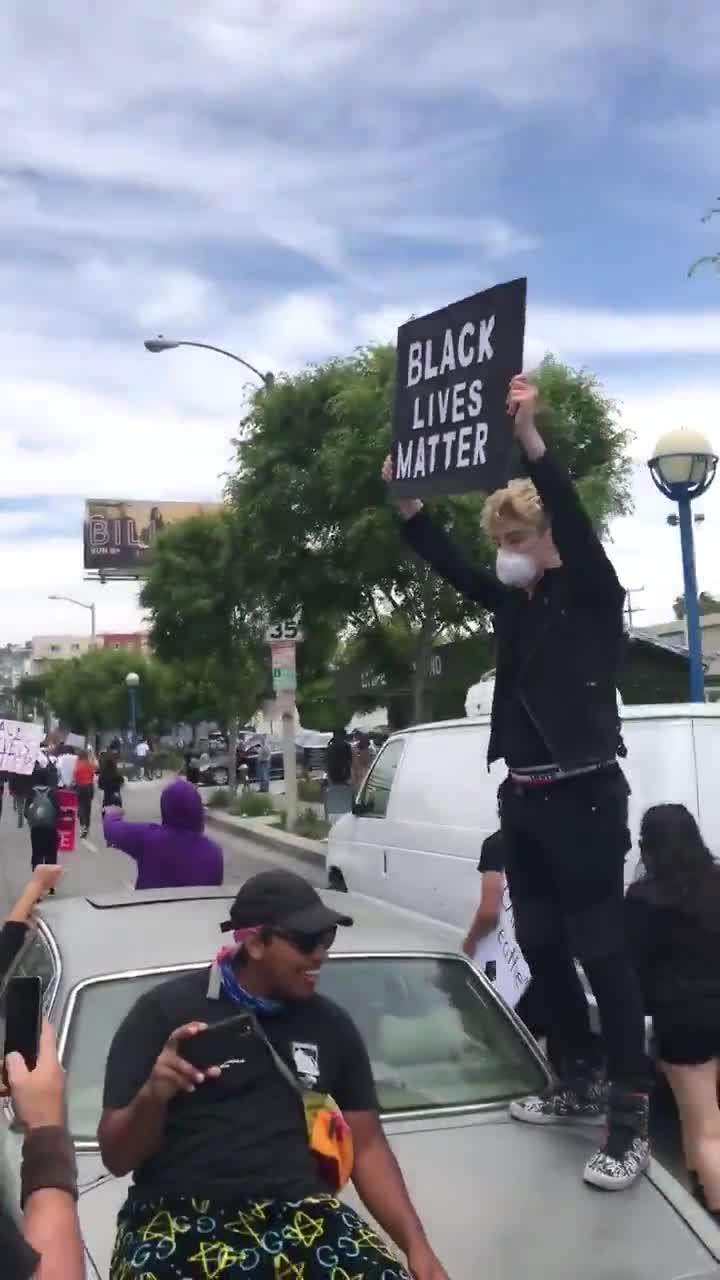 The former Celebrity Big Brother stars joined a long list of celebrities in protesting and have used their social media to highlight the Black Lives Matter movement.

They tweeted: "In eachothers arms we'll find peace. It’s what’s on the inside that counts. #BlackLivesMatter ".

In another tweet they wrote: "There should be no more hurt. Keep making your voices heard. Together we stand united. Enough is Enough! #BlackLivesMatter."

Jedward are in coronavirus lockdown with actress Tara Reid whom they became friends in 2011 with during their time in the CBB house. 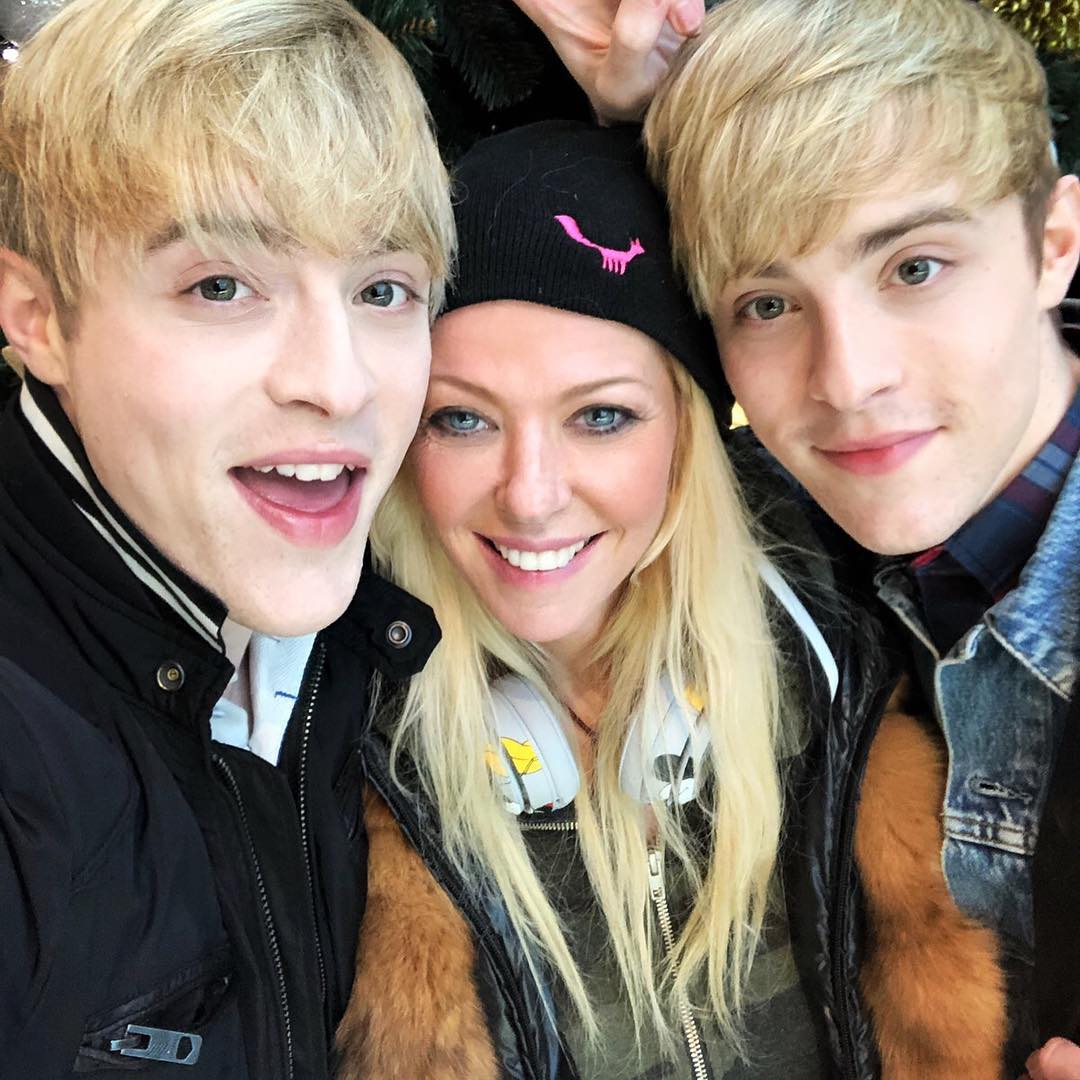 Tara revealed the boys are staying with her in her two-bedroom flat, along with the 44-year-old actress's boyfriend Nathan Montpetit-Howard.

Speaking on the We Hear podcast from Page Six, Tara and the twins opened up about life in isolation in LA with her boyfriend and her "best friends".

She then went on to explain that she has two other guests with her saying: "Now the other guys I have been in quarantine with are my two best friends who I have grown up with Jedward." 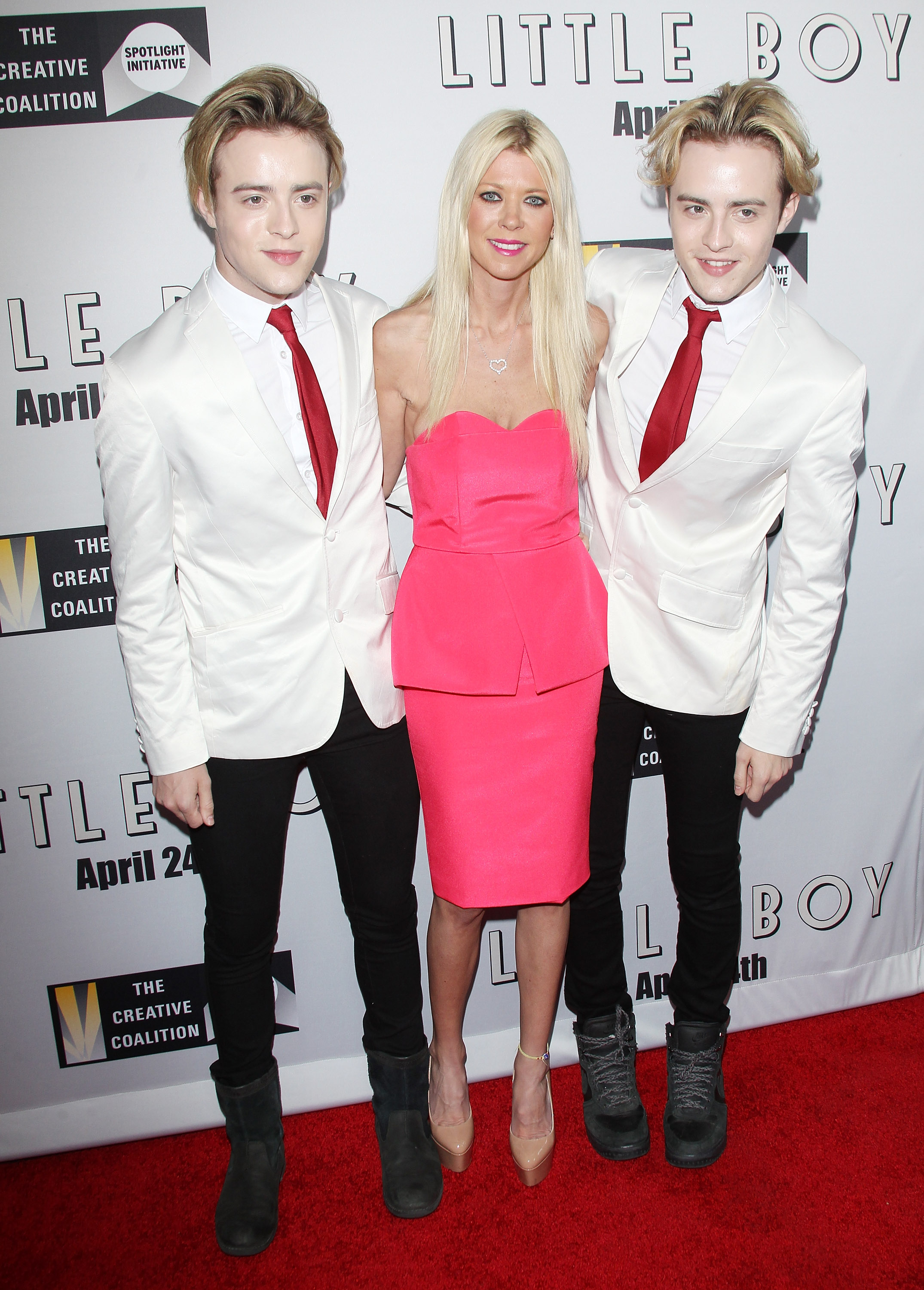 One of the brothers chimed in saying: "We cleaned her windows yesterday."

"Basically we all met each other on Celebrity Big brother back in 2011 and basically this is like Big Brother’ coronavirus pandemic."

Tara explained that she has been kept entertained by the pair as they have been writing music while living with her.

The brother also explained that Tara had been to their hometown, explaining: "Tara came to Ireland for two months and lived in our house with our granny with our family. 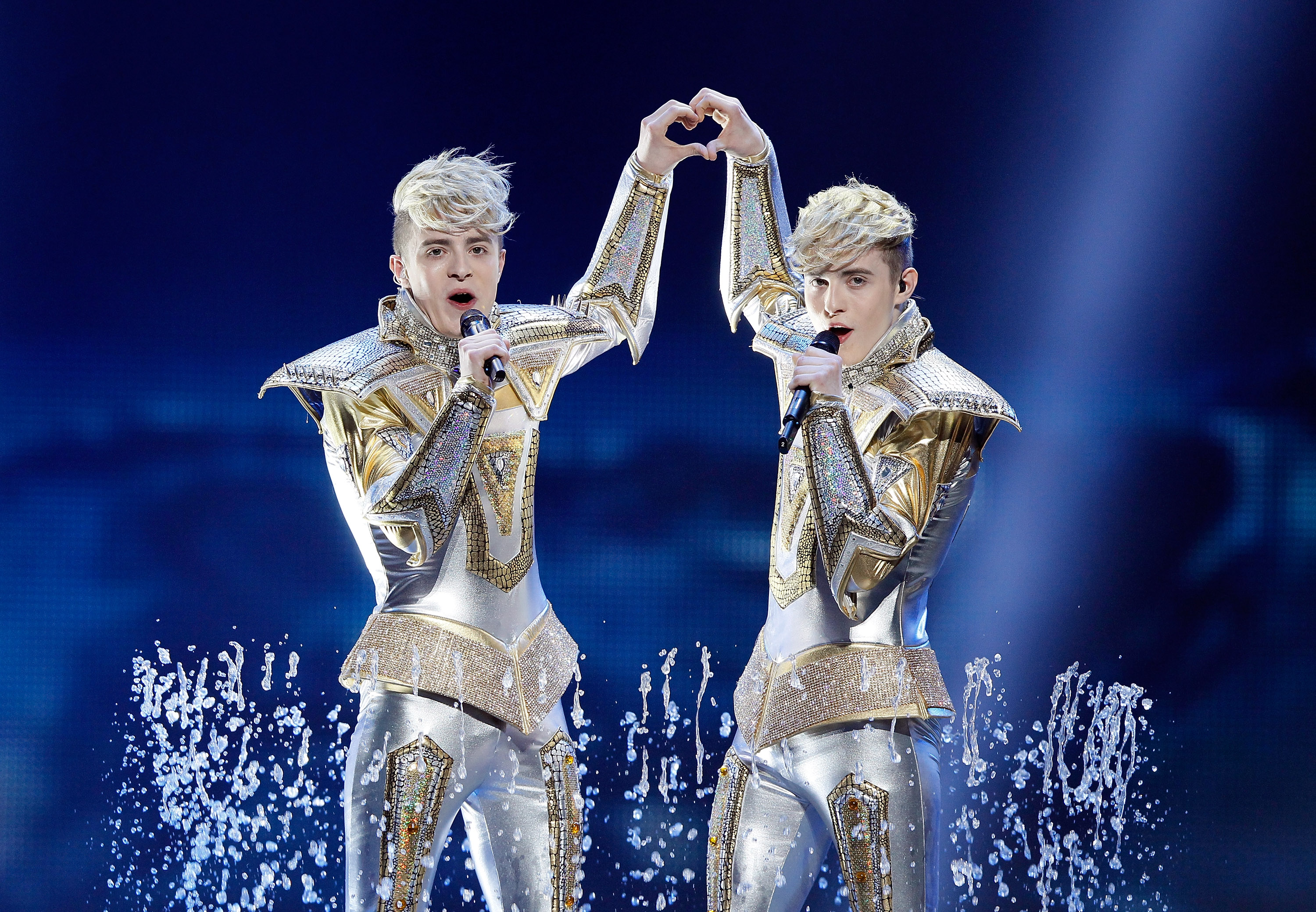 "We showed her all around Ireland. Our granny thought she was Marilyn Monroe."

Tara also explained that the pair have been making her experience much better as they are all supporting each other.

She said: "They have truly made this experience so much better than what it would have been for me."

Tags: Jedward, o, on, protest, stage, top
You may also like
Recent Posts
This website uses cookies to improve your user experience and to provide you with advertisements that are relevant to your interests. By continuing to browse the site you are agreeing to our use of cookies.Ok