ITV aired their new thriller Viewpoint over consecutive nights with Noel, 45, starring in the leading role as surveillance officer, DC Martin King. An hour before the penultimate episode aired, it was announced the actor had been suspended by Bafta following allegations made in a Guardian article in which 20 women accused Mr Clarke of groping, harassment and bullying. Taking to Twitter, viewers were not impressed with the drama continuing to broadcast in the face of such news.

Discussion on the social media platform before the episode aired had already been questioning whether the fourth instalment would be broadcast.

However, once those at home discovered the schedule had not been changed, they shared their fury with one writing: “So @ITV are showing it! Not a good look is it #Viewpoint.”

“Incredibly crass decision to broadcast this #Viewpoint,” a fourth remarked with a fifth stating: “Well this is uncomfortable #Viewpoint.”

A sixth shared: “Very awkward about showing #Viewpoint tonight. I want to see what happens but doesn’t seem right somehow.” 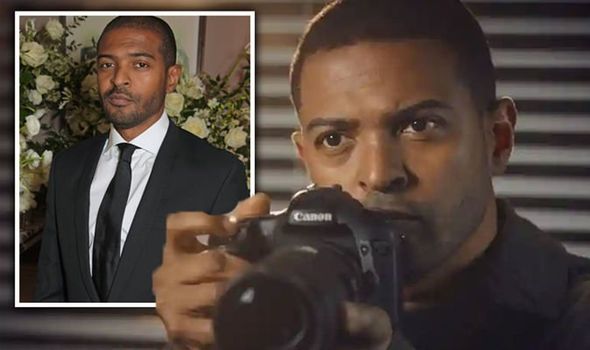 Mr Clarke strongly denies the allegations made against him, explaining: “In a 20-year career, I have put inclusivity and diversity at the forefront of my work and never had a complaint made against me.

“If anyone who has worked with me has ever felt uncomfortable or disrespected, I sincerely apologise.

“I vehemently deny any sexual misconduct or wrongdoing and intend to defend myself against these false allegations.”

Bafta explained their decision to suspend Mr Clarke in a statement which read: “In light of the allegations of serious misconduct regarding Noel Clarke in The Guardian, BAFTA has taken the decision to suspend his membership and the Outstanding British Contribution to Cinema award immediately and until further notice.”