THE Kardashians weren’t always multi-millionaire TV stars. While making their way to the top of the reality television pile they did various things along the way – some good, some downright awful.

From Kim’s one hit wonder Jam (Turn It Up) to Khloé’s controversy-laden radio show, here are a few of the family’s career highs and lows. 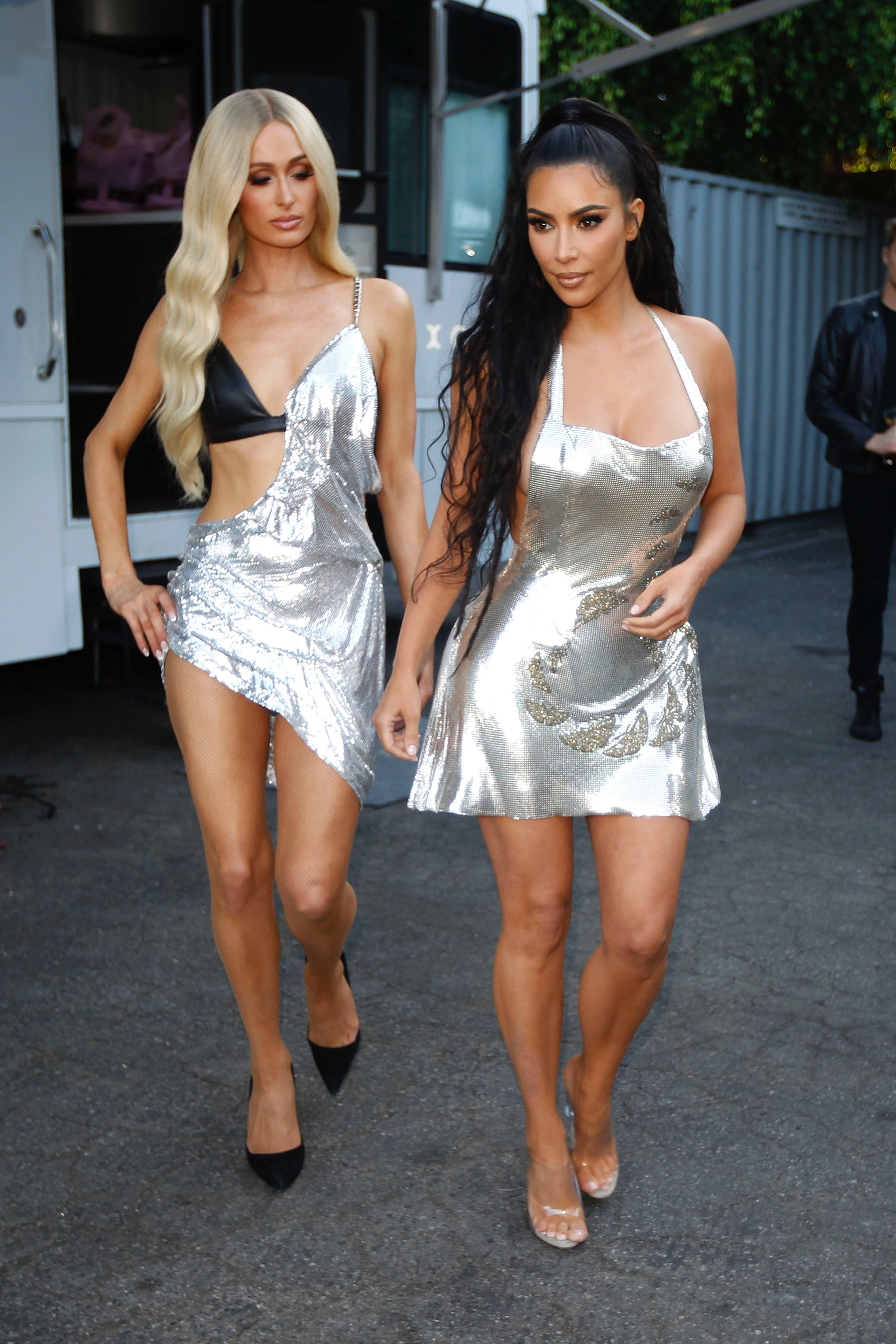 Kim As A Stylist

Before Kim, 41, was famous, she spent lots of time working as her former BFF Paris Hilton’s closet organizer and sartorial advisor.

That’s right, she spent more than one night in Paris’s wardrobe making sure it was fully stocked with mini skirts and T-shirts emblazoned with the hotel heiress’s famous phrase, “That’s Hot.”

Kim credits Paris for giving her many important life lessons about becoming a star, telling E!: “I remember we were sitting in her SLR Mercedes… and at that point, the paparazzi would lay on the ground to try and get a picture of you, up your dress, and she said, ‘OK. We need to make sure you don’t give them that.’

“She was such a great mentor for me. I really am grateful for my experiences with her…She’s a huge, huge reason for my success.”

Khloé As A Personal Assistant 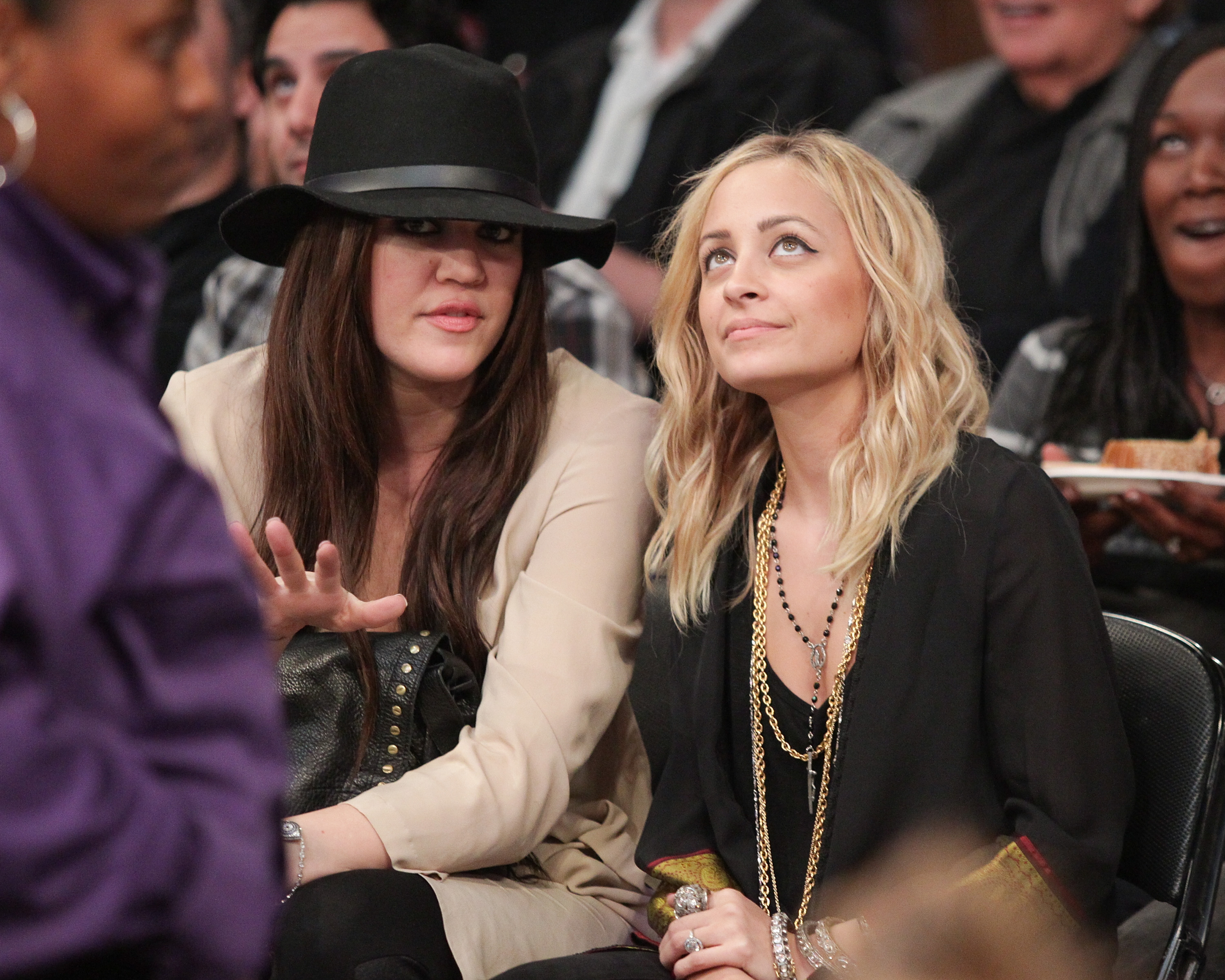 Not to be outdone by her older sister, Khloé worked as Paris’s fellow Simple Life star Nicole Richie’s PA.

The two besties used to go to school together and were very close friends.

Recalling that time in her life on the Emergency Contact podcast, Khloé joked with host Simon Huck: “I was Nicole Richie’s assistant, and you were Jonathan Cheban’s assistant and we met five faces ago.” 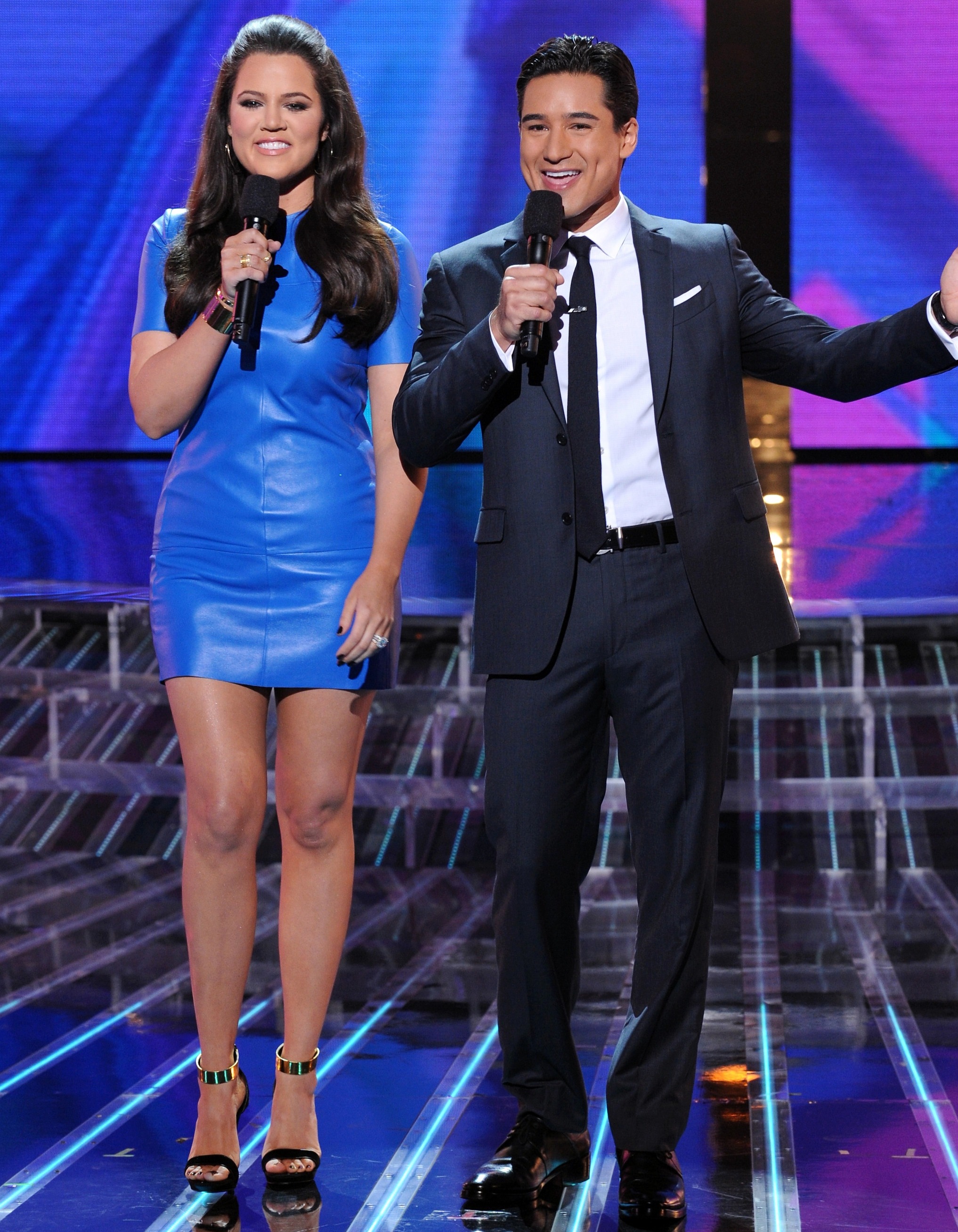 The 36-year-old was brought in by X Factor creator Simon Cowell as part of the show’s revamp in 2011.

However, her performance didn’t win rave reviews with one paper writing: “Odom came across like the novice she is, shouting her lines despite the mic clutched in her hand and making awkward small talk with contestants."

The outlet added: “Odom sounded like an oddly flirtatious schoolgirl as she introduced Cowell as ‘Mr. Sexy.’”

After one season it was announced that Khloe would not be returning to The X Factor USA a second year.

Fox television confirmed her departure, saying at the time: “We really enjoyed working with her and wish her all the best in the future.”

Kim on Dancing With The Stars 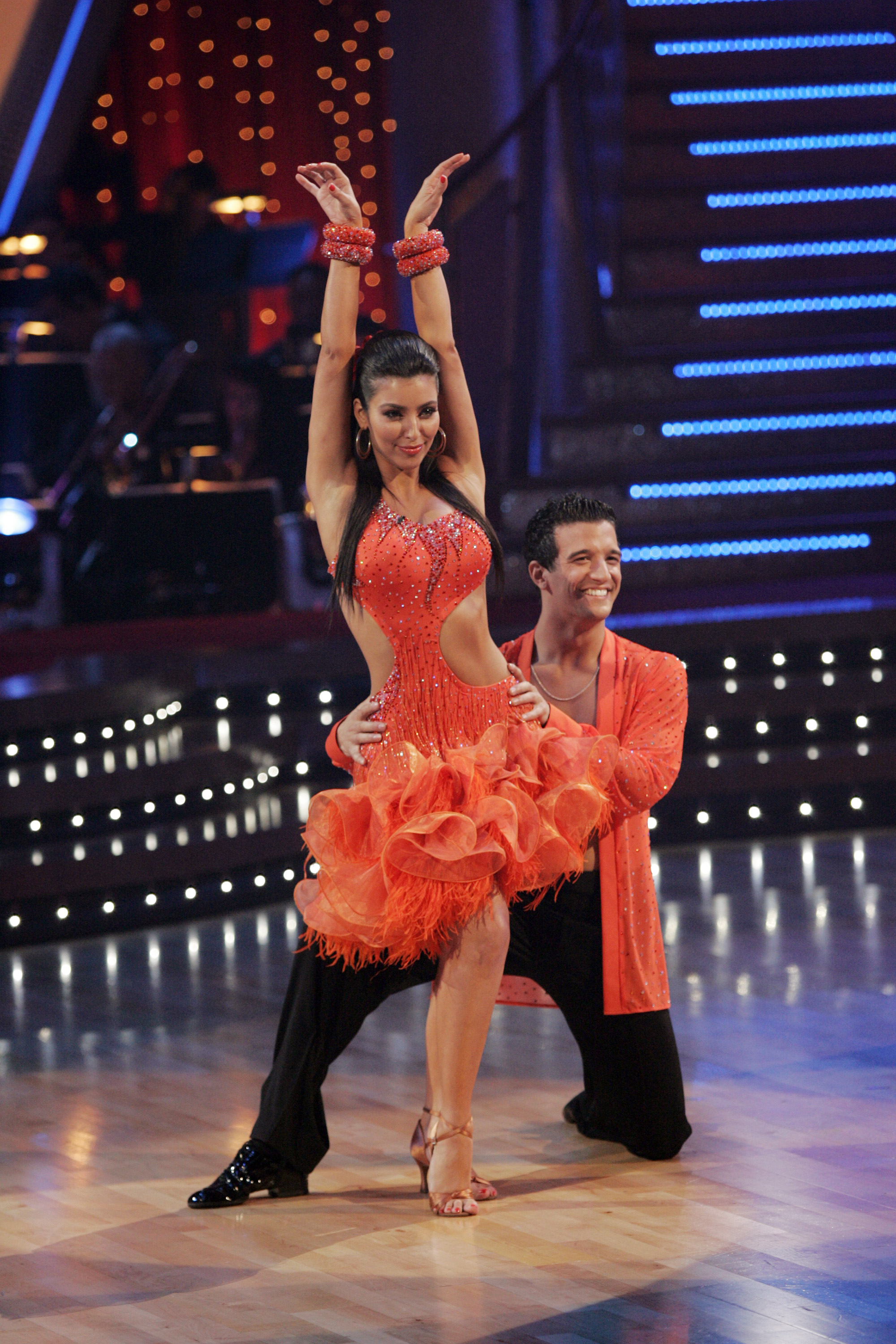 By her own admission, Kim isn’t the best dancer so it was no surprise that she only got to cha-cha-cha three times before getting eliminated.

Her partner Mark Ballas said of her: “[She] wasn't the best dancing partner. I love her, she's awesome, we became good friends. Dancing was not her thing, but she's a great girl."

Apparently the reality star had no coordination, with the judges always commenting on her footwork and lack of confidence.

Prior to DWTS, Kim had no dancing experience and no belief in her ability to master dance moves.

When Disney actor Milo Manheim asked his pal for advice before he joined the show, she replied saying: "Milo, it's the worst! Like you get injured, you feel like an idiot." 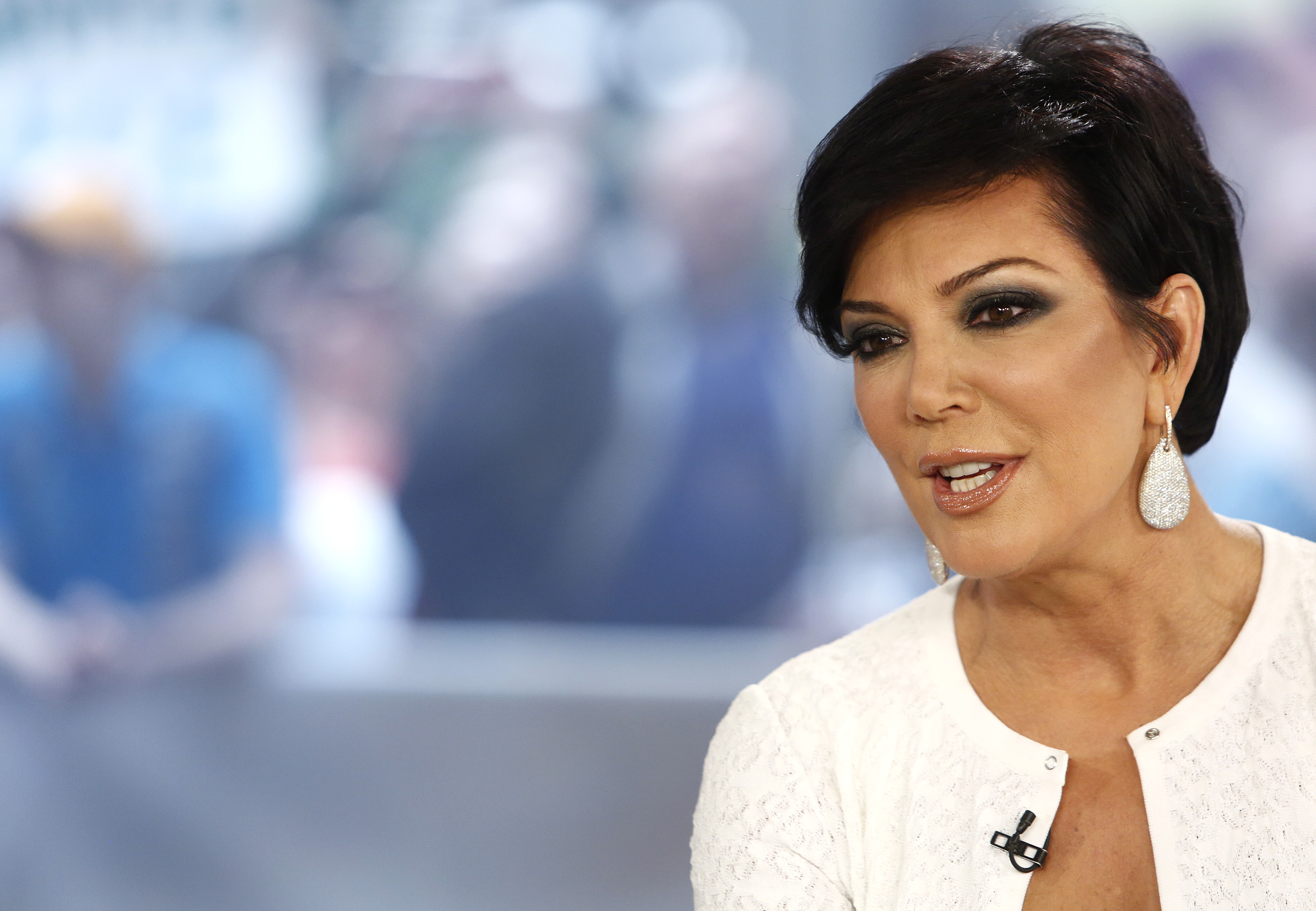 Although not a disaster in the ratings department, Fox TV Stations' Frank Cicha said of Kris's performance: “I think she was pretty uninteresting [on camera].

“When the camera was on she looked not just like a deer in the headlights, but like a deer that already got hit.”

By the time the six-week trial ended Cicha said he knew that the show wasn’t going to work but praised the “momager” for her work ethic and dedication.

“When you added it up, it wasn’t a show that made sense for us,” he said before admitting the viewing figures only went up when Kanye West went on with baby photos of his new daughter North. 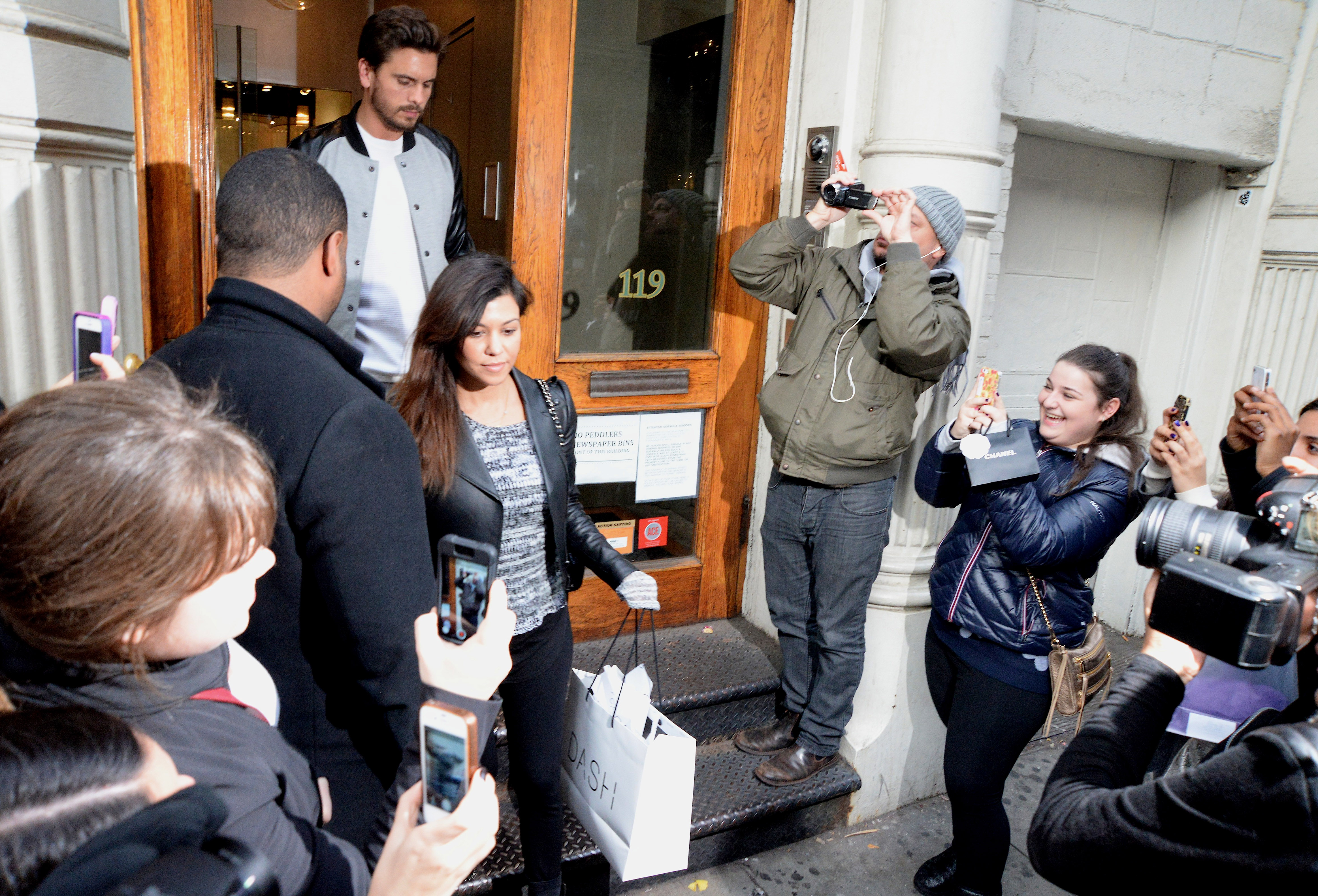 In 2018, Kourtney and her two younger sisters Kim and Khloé decided to close their three DASH stores.

Kim revealed the news on her website, writing: “From opening locations in Los Angeles, Miami and New York, to having our Dash Dolls spin-off show, it’s been such a huge part of our lives. We’ve loved running DASH, but in the last few years, we’ve all grown so much individually.”

She added, “We’ve been busy running our own brands, as well as being moms and balancing work with our families. We know in our hearts that it’s time to move on.” 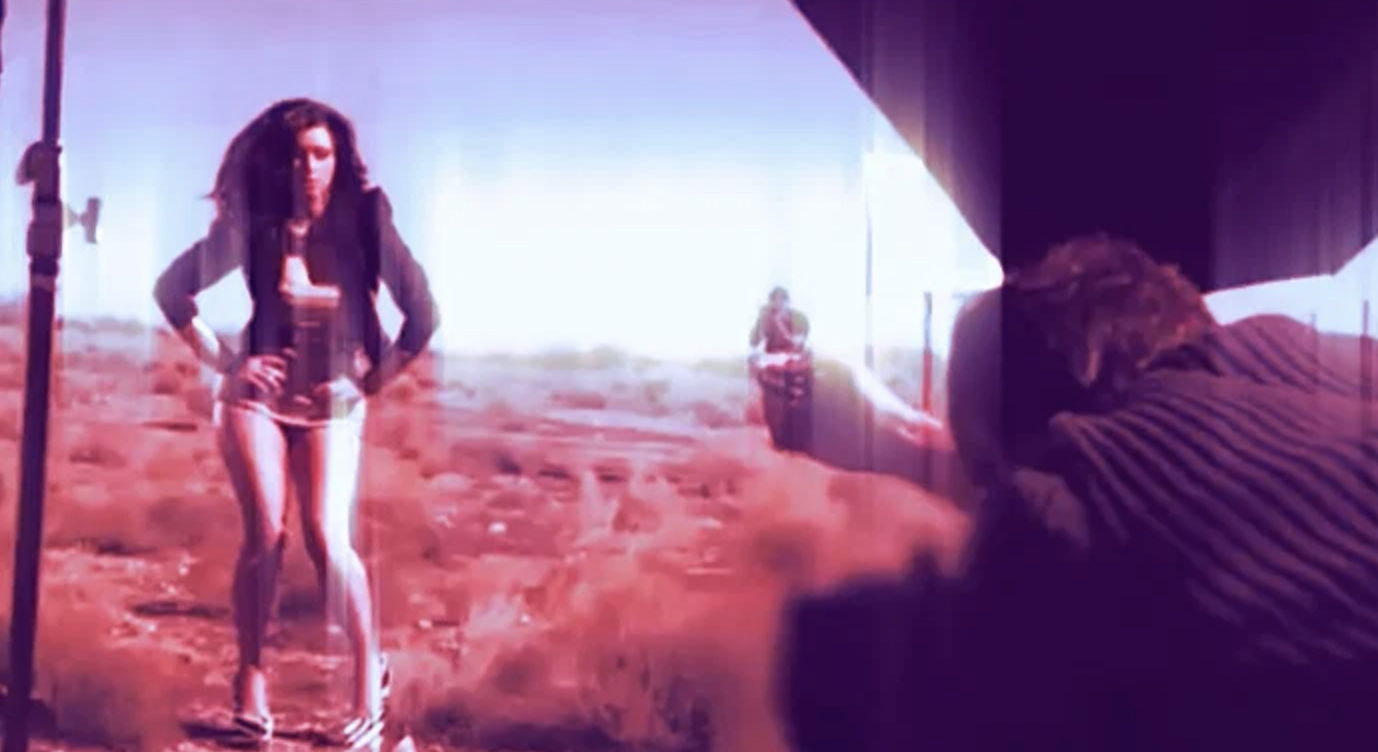 Years before Kylie Jenner gave us “Rise and Shine,” Kim belted out her own pop single in 2011 called Jam (Turn It Up).

And despite working with some very talented people and raising money for charity, the mom-of-four sadly decided not to pursue a singing career.

It could have had something to do with critics calling Kim “the worst singer in the reality TV universe” and comparing her vocals as “sounding as if they are emanating from a baby that is either very bored or very drugged.”

The accompanying music video premiered on December 31, 2010, at TAO nightclub in Las Vegas and is definitely worth a watch. 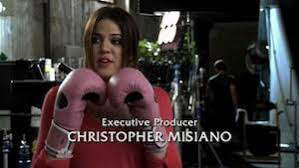 Admittedly she did play herself in the show, pretending to be working out while police question her about her involvement with a celebrity stylist who was murdered.

As the two detectives interrupt her boxing workout to ask her about the victim, she delivered the classic line about an outfit the late stylist told her to wear: "The dress made my ass look like a pancake!"

According to sources behind the scenes at the show, Khloé was "nervous" about acting.

An insider told HollywoodLife.com. "She doesn't have a ton of lines, but she was still really nervous in the beginning.

"Luckily, the scene is brief and she quickly adapted to the nature of the set. She was only there for a few hours and did her scene and left without incident."

The Mix Up with Khloe Kardashian Odom 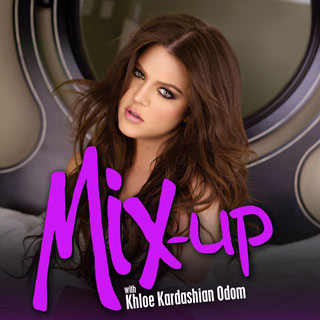 Khloé hosted The Mix Up on Mix 102.9 in Dallas, an hour-long radio show featuring celebrity interviews and questions from callers.

At one point The Mix Up got suspended when Khloé brought in cocaine to the studio as she discussed the prevalence of drugs in Miami and she had to get tested to make sure she wasn’t high.

During the segment, she said:  “I have never done coke; I’m just not into that stuff. Look what I found at my store! It’s like, coke; I don’t know, but what do you do? Do you, like, snort it through here?’”

Tags: f, Inside, Kardashians, The
You may also like
Recent Posts