Carol Kirkwood jokes that she’s going to ‘get sacked’

Carol Kirkwood, 58, joined Naga Munchetty, 46, and Charlie Stayt, 58, on BBC Breakfast to inform viewers about the ever-changing weather circulating across the UK. Throughout the morning, the hosts of the BBC news show kept handing over to the forecaster but on one occasion, Naga had a question to ask. The enquiry came from one of the bosses of the programme but it seemed the meteorologist wasn’t too happy with them questioning her knowledge.

Naga asked Carol: “So we were having a discussion this morning and all morning you’ve been saying, ‘There’s lots of weather around and there is lots to talk about.’

“Our output producer said today that there can be no weather and I don’t think it’s true. I think there is always weather.

“And he said there is a phenomenon where there is no weather,” the host continued but the forecaster set the record straight.

“So, I don’t think he’s right,” she said, disagreeing with her boss before she proceeded to continue with the forecast. 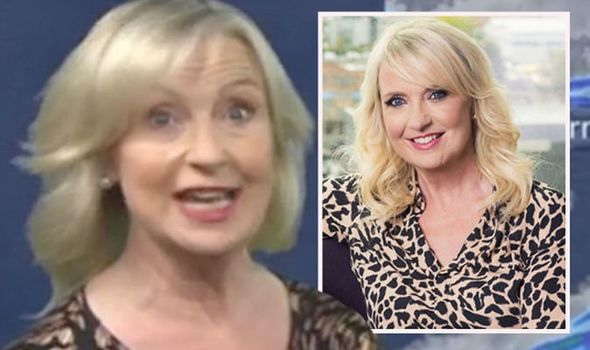 However, it suddenly dawned on her about what she’d said and Carol told viewers: “I’ll probably be sacked for that one.”

The issue wasn’t raised again as once the forecast was complete, the presenters continued with the rest of the show.