SHE’S the triple Oscar winner with a net worth of £22million, and one of the most sought after actors in Hollywood.

But Frances McDormand – who picked up her third Best Actress gong for her role in Nomadland last night – had a tough start in life. 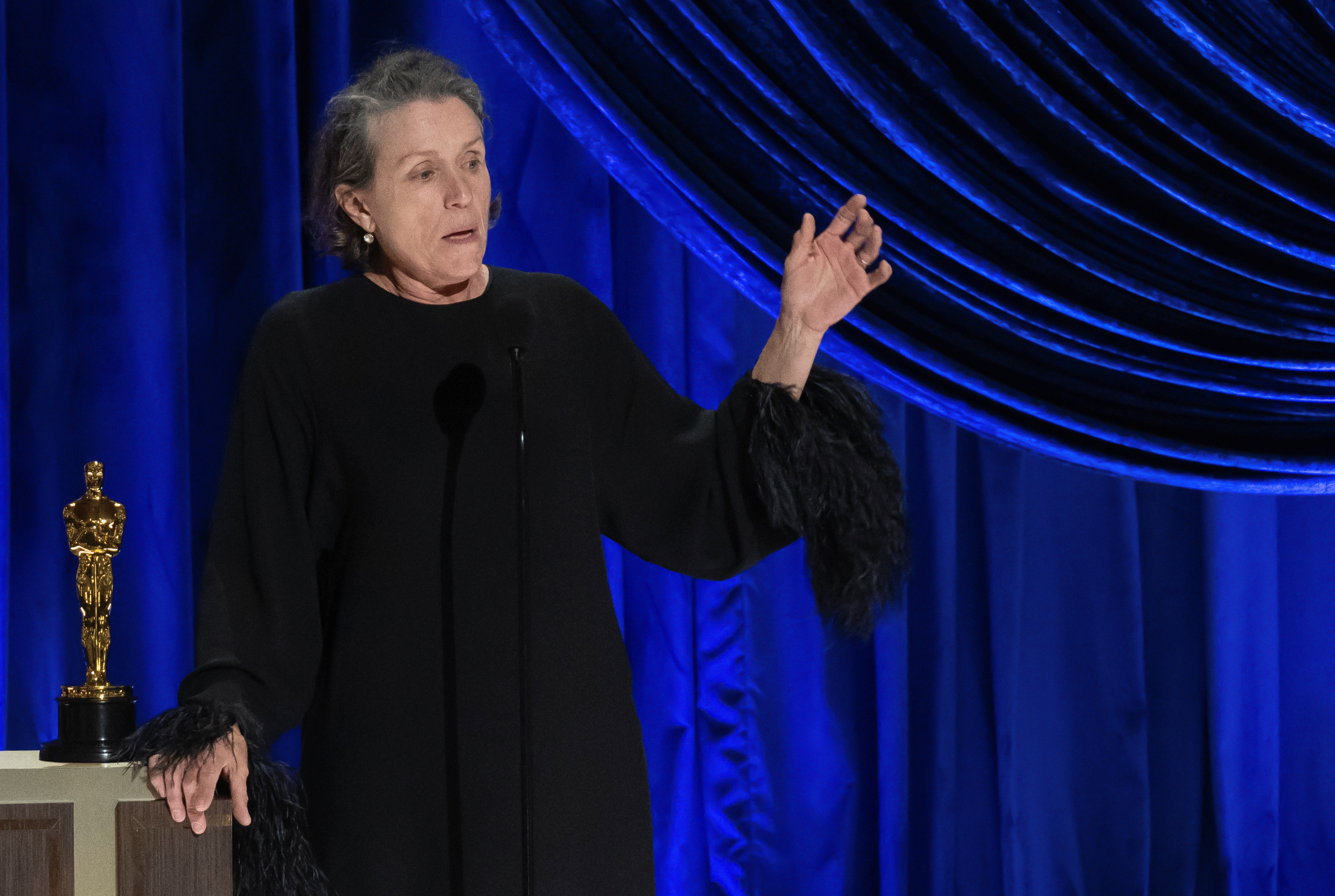 Born into what she has previously called “white trash”, she was abandoned by her birth parents and adopted by an ultra-religious couple who “took in strays”.

Brought up as something of a Nomad herself, as her parents moved from church to church, Frances finally settled in Pennsylvania.

Now married to Joel Cohen – one half of the directing duo the Cohen Brothers – she has previously bagged Oscars for Fargo and Three Billboards Outside Missouri.

But the 60-year-old actress defies the Hollywood norms, specialising in unglamorous, quirky characters and shunning Botox and cosmetic surgery.

As she celebrates her triple victory, we look at the offbeat life of Tinseltown’s golden girl.

Read the latest Oscars news in The Sun's live blog 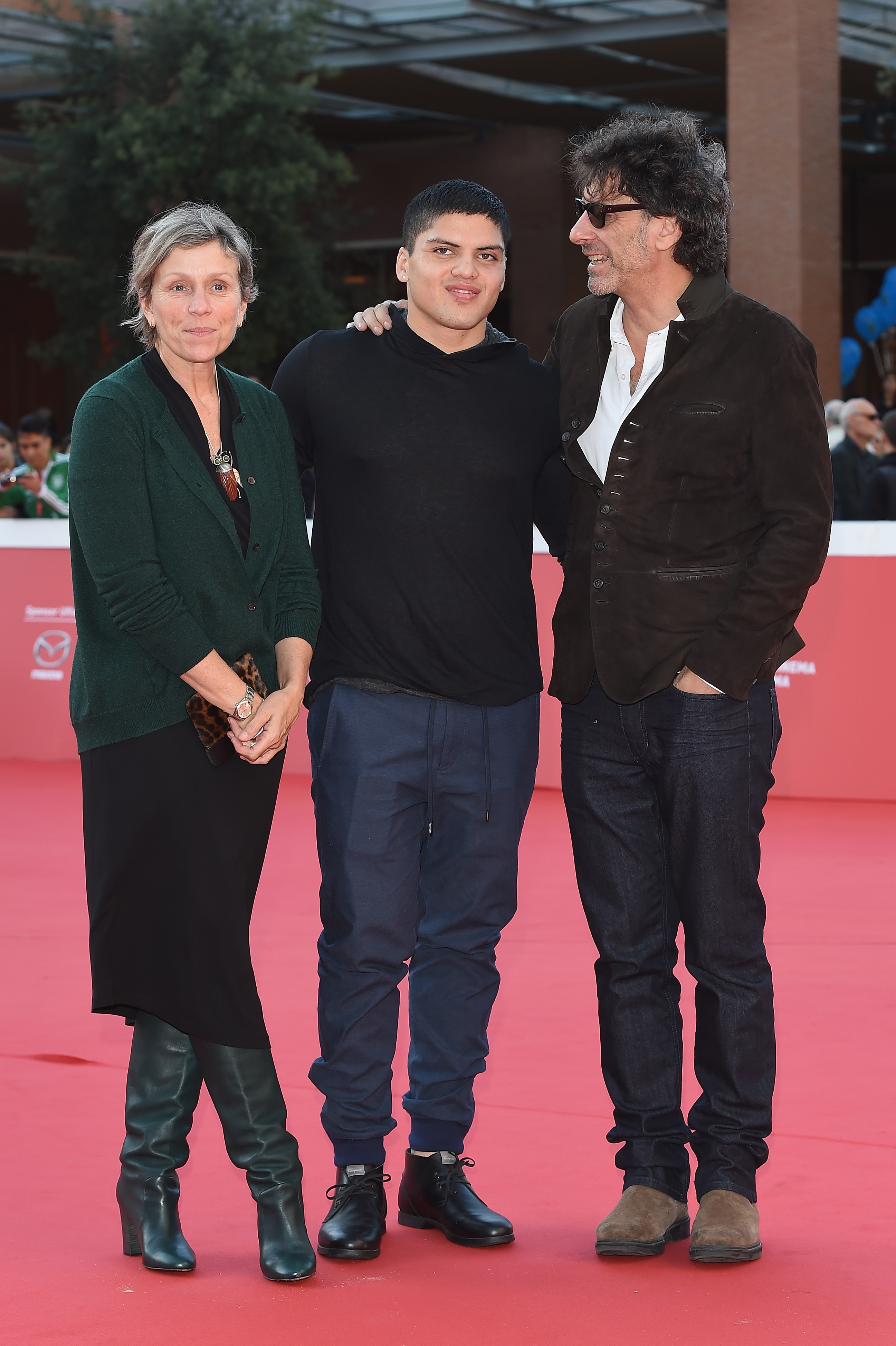 McDormand was born Cynthia Smith in 1957 in Gibson, Illinois, and adopted by a religious couple, Noreen and Vernon McDormand, who were unable to have their own children.

Frances was one of three they adopted although she has said she remembers there were nine in total, including foster kids.

“They even took in stray cats,” she told the New York Times.

In her teens, Frances turned down a chance to meet her birth mother, wh she described as "white trash".

“I identify as gender-normative, heterosexual and white-trash American,” she joked in a rare interview with the New York Times. “My parents were not white trash. My birth mother was white trash.”

Noreen and Vernon, a minister for the Disciples of Christ, originally from Canada, were “solid, working-class, educated people,” says Frances.

Vernon’s talent for revitalising dwindling congregations meant the family moved around the US Bible Belt.

Although her parents weren’t particularly strict, she was a well-behaved child – living up to the expectation that came with being a minister’s daughter.

“Perhaps [it was] the idea that the kids of a preacher had to toe the line,” she told Vogue. “Or at least seem like they were toeing the line. Or give off the right public relations. You understand that you have a role to play in the family unit.” 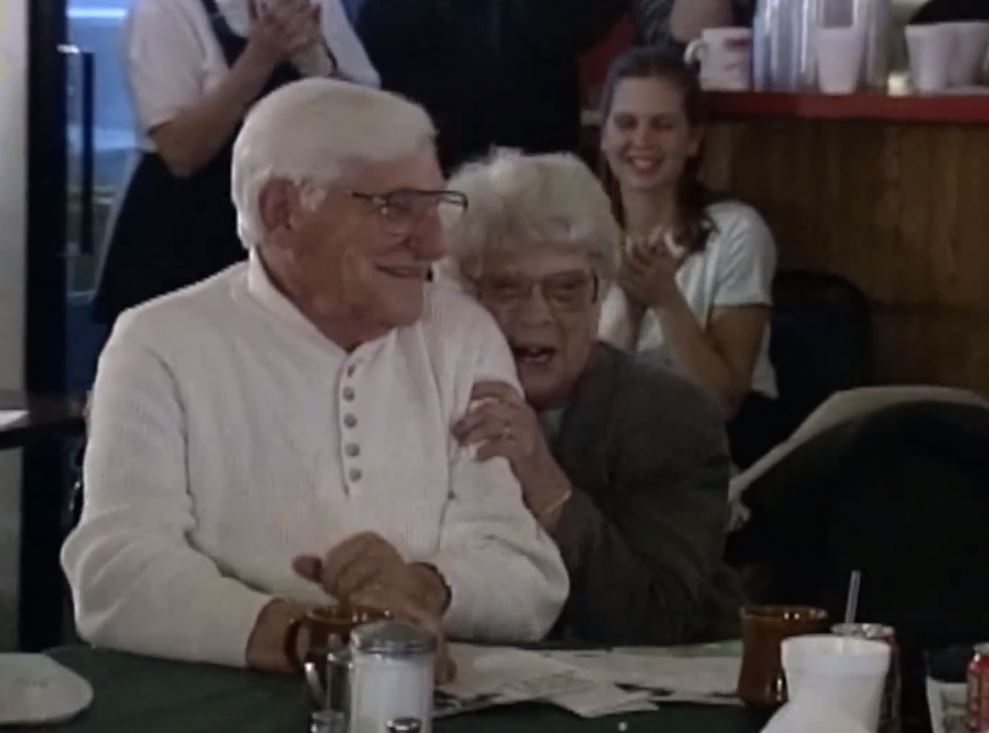 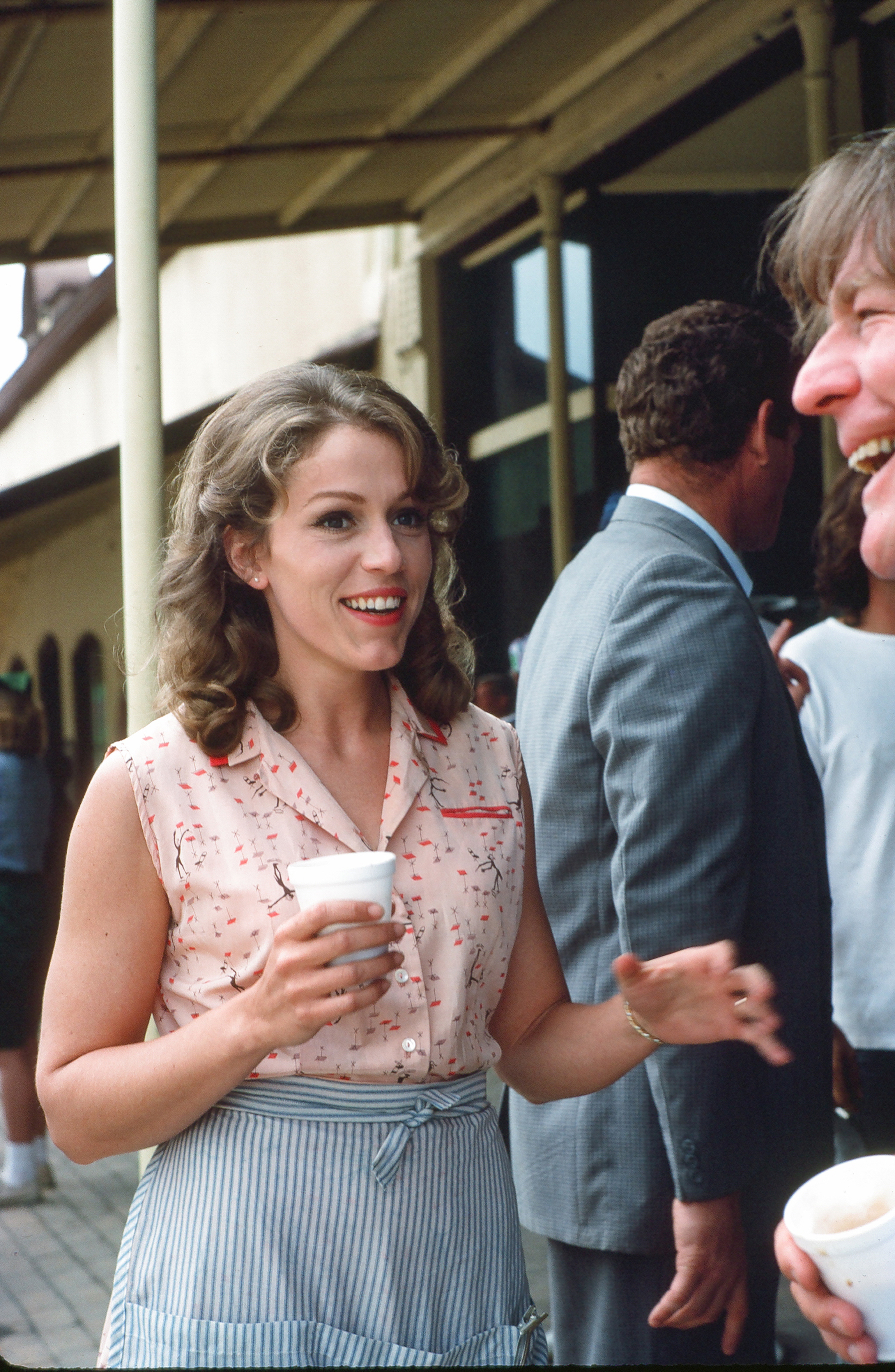 At 14, Frances got the acting bug when she played Lady MacBeth in a school production and she went on to study theatre at Bethany College in West Virginia before getting into the prestigious Yale Drama School in Connecticut.

She admits having dabbled with drugs including hallucinogens LSD and magic mushrooms.

She said: “I had a list — virginity? Check it off, and get rid of it as quickly as possible. Every drug that didn’t involve a needle, I wanted to try it.”

Her fascination with cannabis has endured, and in 2003 she appeared on the front of the stoner magazine High Times holding a spliff.

Frances’ big break – both professionally and romantically – came when her roommate, Holly Hunter, had to turn down a role in The Coen Brothers’ 1984 movie Blood Simple, because of theatre commitments.

On Holly’s recommendation, Joel and Ethan Coen cast Frances as Abby, a cheating wife whose husband hires a hitman to kill her.

Love blossomed on set, in Austin,Texas, after Frances asked Joel for book recommendations.

He gave her a box of Raymond Chandler and Dashiell Hammett novels and recommended she star with The Postman Always Rings Twice, which she describes as “one of the hottest books ever.”

“He seduced me with the choice of books. I seduced him by inviting him over to discuss them,” she says. 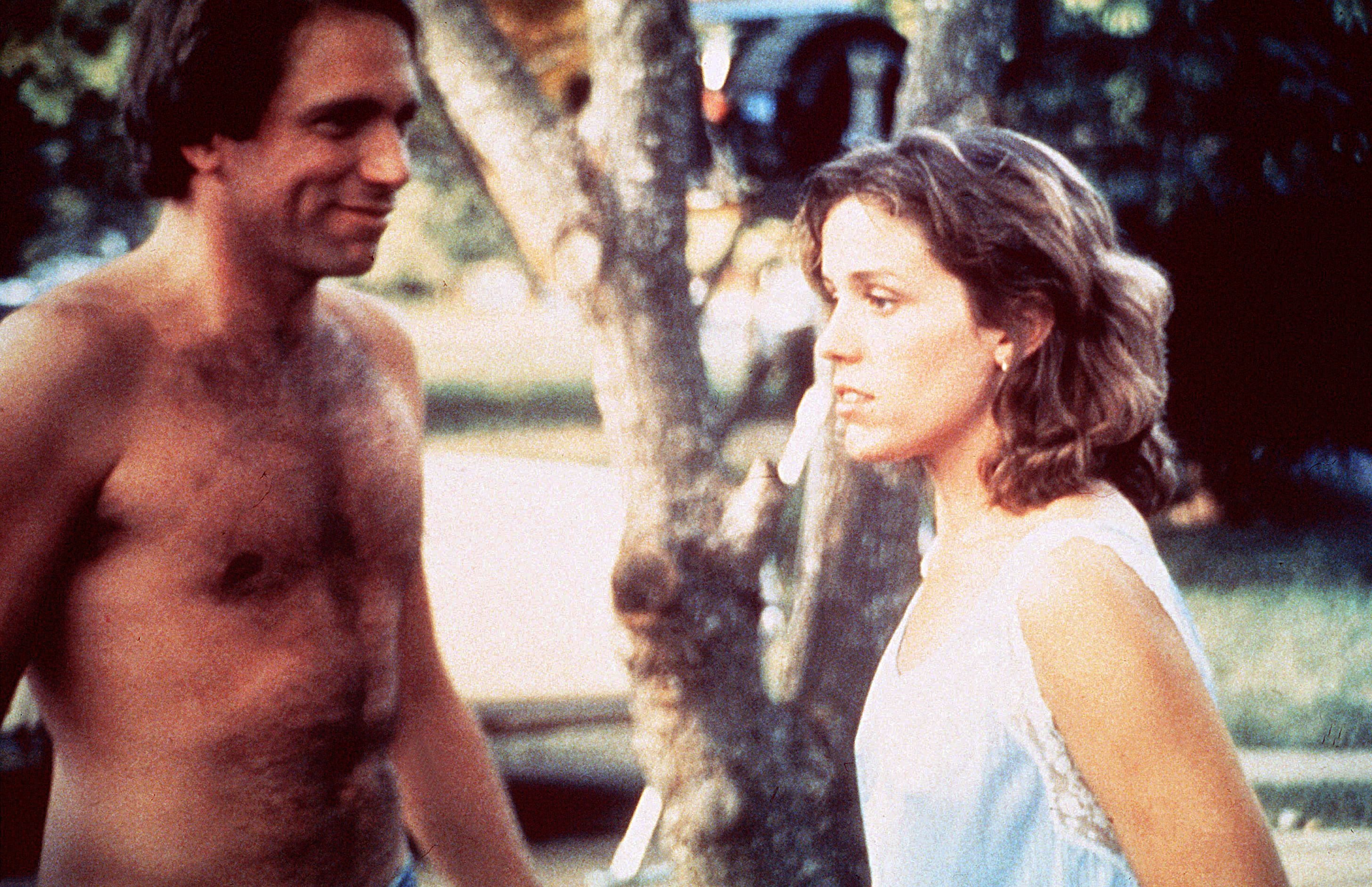 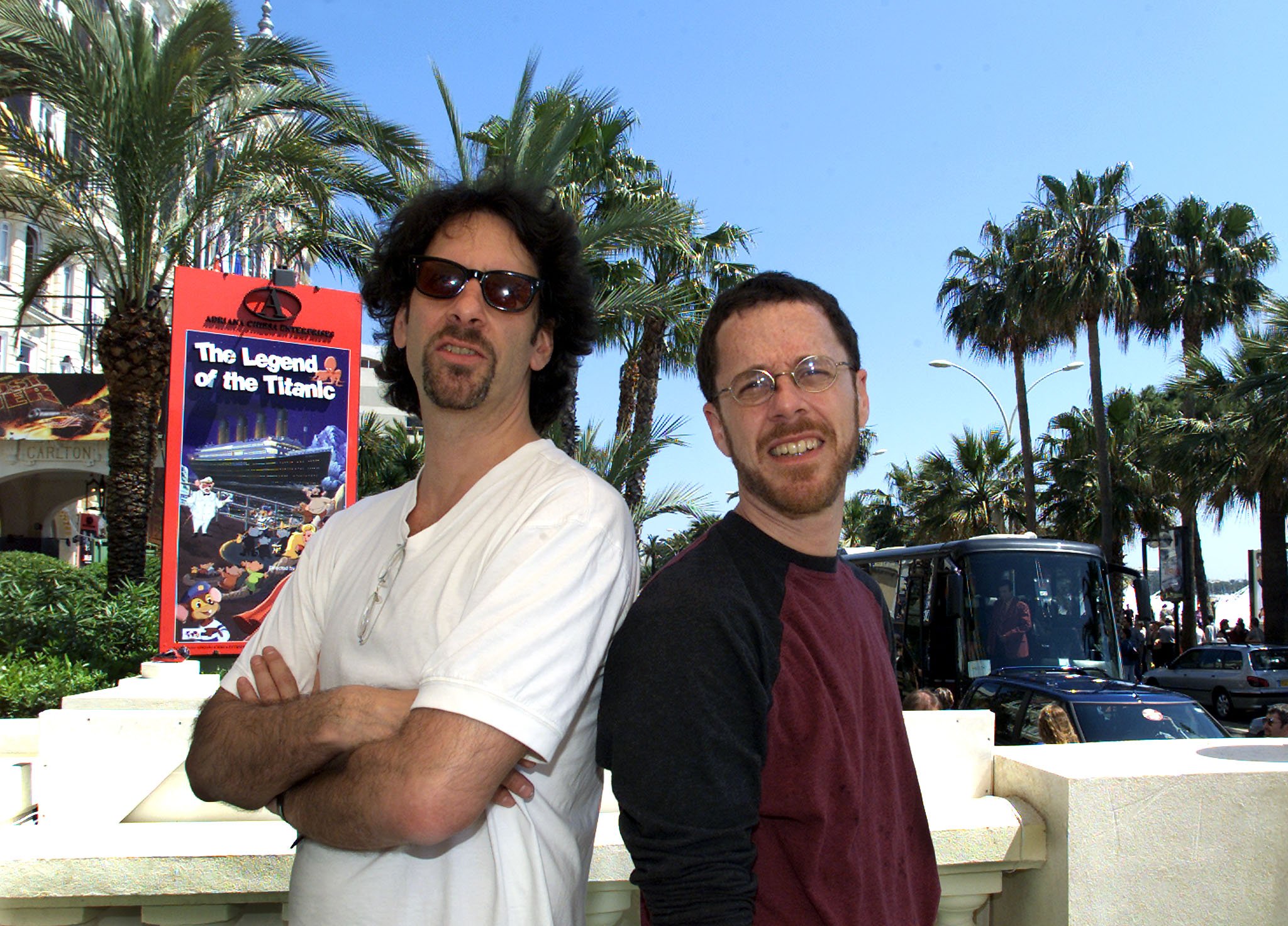 As soon as the film wrapped they moved in together, in New York.

They married in 1984 with Joel giving his new bride his ex-wife's ring, a move which Frances accepted as "practical."

“I realized I could have a relationship that was really deep and passionate but that didn’t keep us from also being able to have a functioning working relationship," she says. "I went, Oh, it’s possible to not become so obsessed that you can’t live your life.”

The thriller – Joel and Ethan’s debut – began a successful partnership, both off and on screen with Frances starring in eight of the directors’ films, including Raising Arizona, Fargo and Burn After Reading. 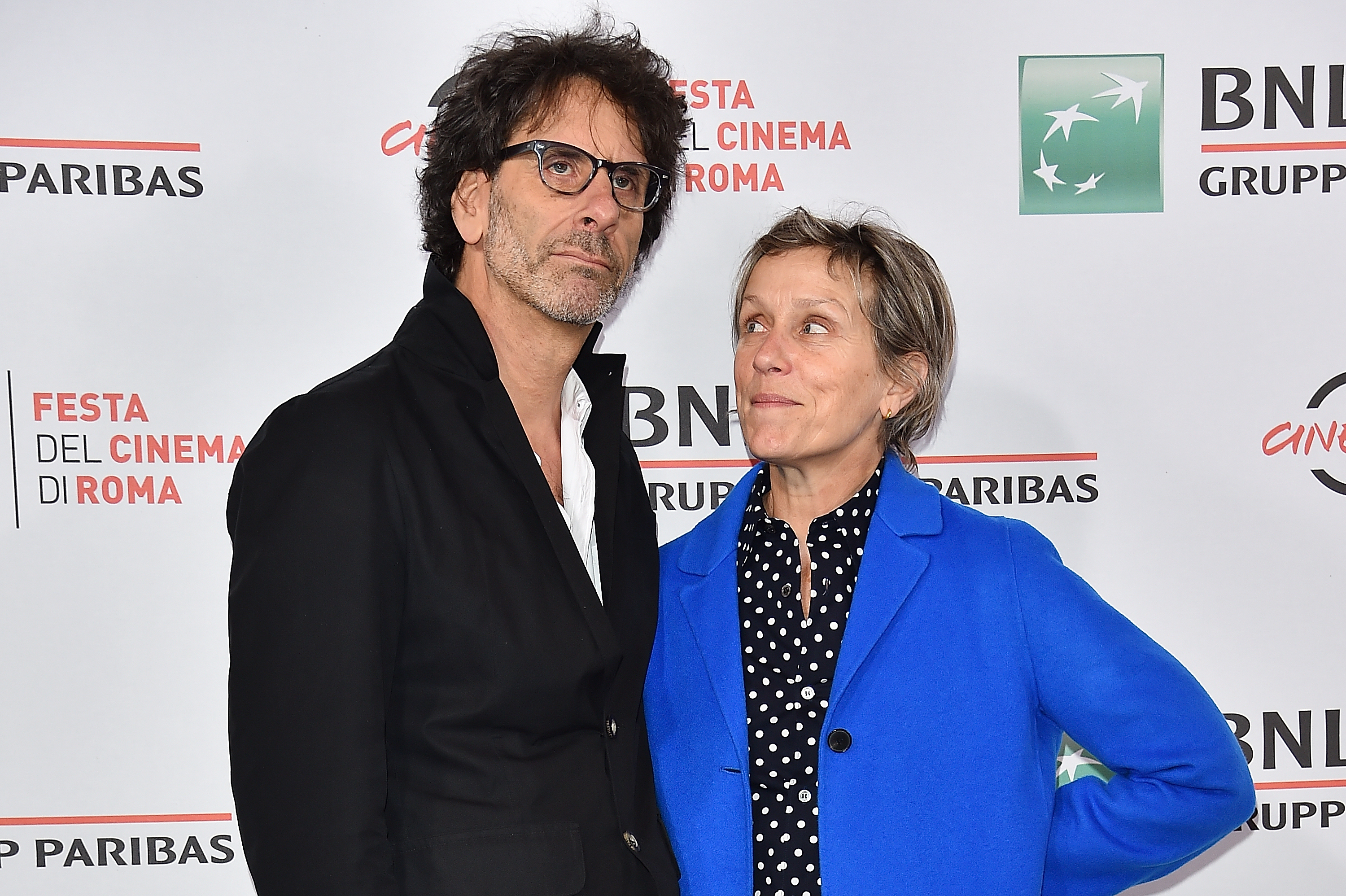 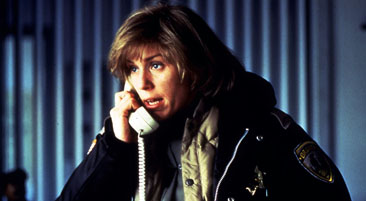 Joel also helped her overcome her insecurities when she lost out over leading lady roles, because, says:“I wasn’t pretty, I wasn’t cute, I wasn’t beautiful, I didn’t have the body.”

Frances – who shuns plastic surgery and was once asked if she would have a boob job in an audition – has a pair of prosthetic breasts which she has worn in three of her movies.

She said: “I first started using them like a prop, for Raising Arizona, because the character had five kids and I’m naturally flat-chested.

“The costumier decided she should be pretty big.

“Because of that I started getting scripts that would say ‘full-breasted’ or ‘large-breasted’. I didn’t want to wear them to auditions, but I always thought the best way to show them what you could do is to go as yourself and transform in the room.

“The best vindication of that was in a movie I did called Chattahoochee, because there’s a very specific scene where Gary Oldman’s character is having a nightmare of his wife’s breasts smothering him when they’re having sex.

“So I said to the director, ‘I don’t have them, but I brought them. So you can get somebody else’s breasts, but I can wear these’.

“And I got the role. I couldn’t really smother him with mine.” 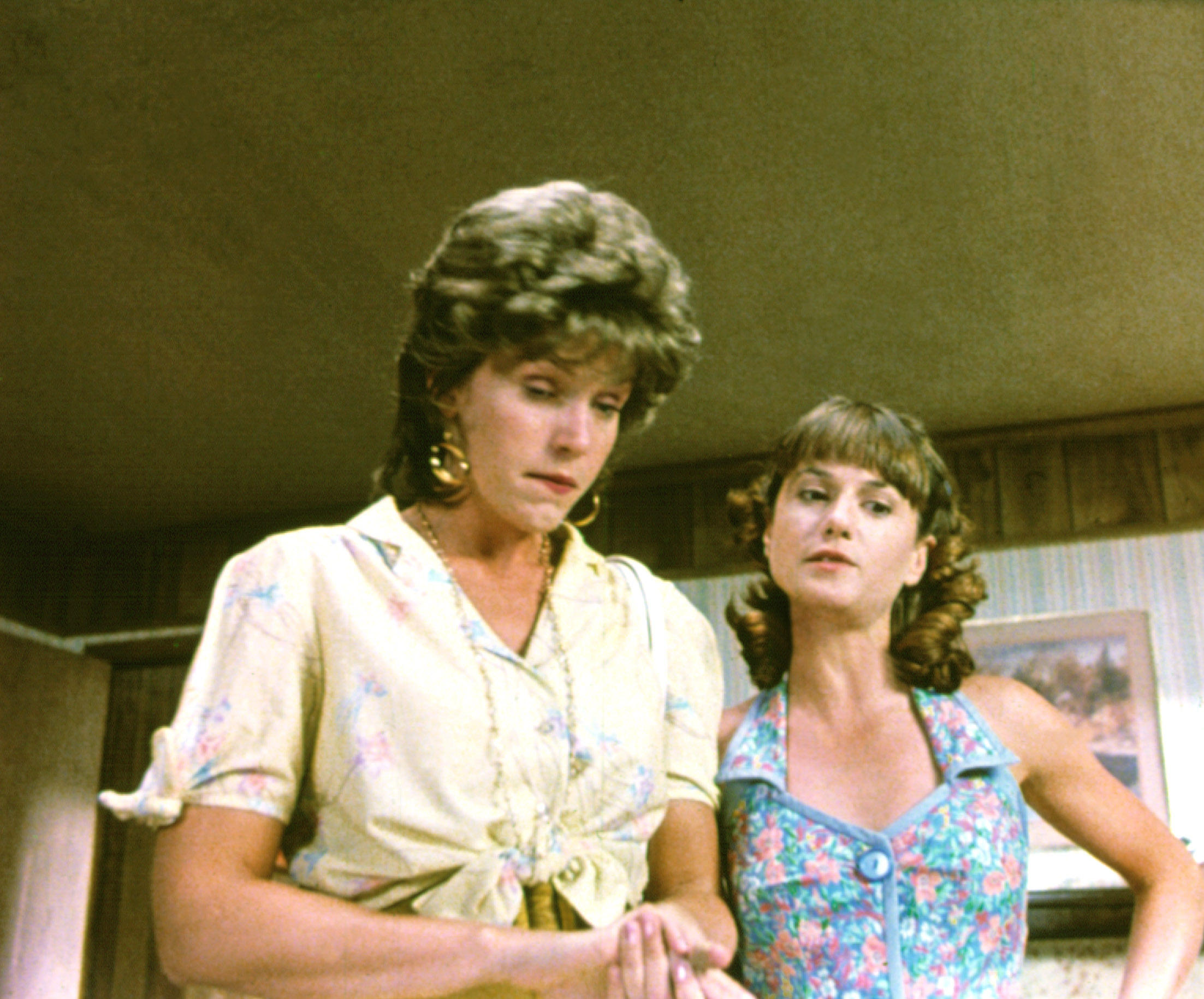 The line was written by Joel because the couple, who struggled with fertility, were two months away from adopting Pedro, a six month old baby from Paraguay.

“We tried, but nature didn’t come through. I had always, always, from early adulthood, wanted to be a mother, and I really yearned for that. It was a physical ache in my groin,” she says.

“But then it shifted to the crook of my elbow, and that’s when I knew that it’s not about being pregnant or giving birth, it’s about holding them, either physically or metaphorically, for the rest of your life.”

They brought him up in New York’s Upper East Side, away from the Hollywood glare.

''Unless I'm on a stage, I don't want to be the event in someone's day,'' she told Vogue, adding she particularly disliked being approached by fans when he was a small boy.

"As a mother, you live on the edge of disaster," she told Belfast Telegraph. "You just do. I didn't give birth to my son, I met him at six months old, but from the minute I held him and smelled him, I knew it was my job to keep him alive." 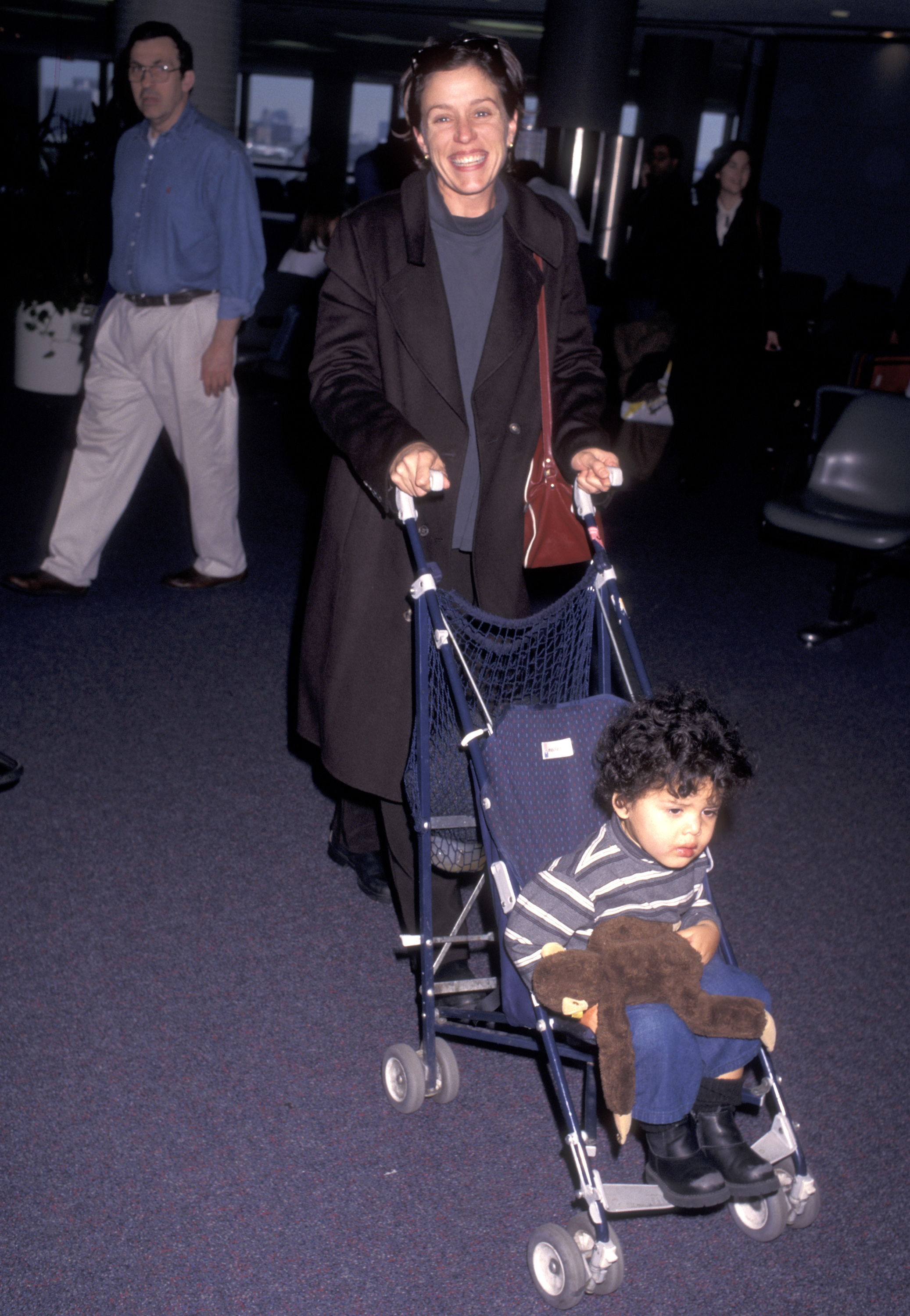 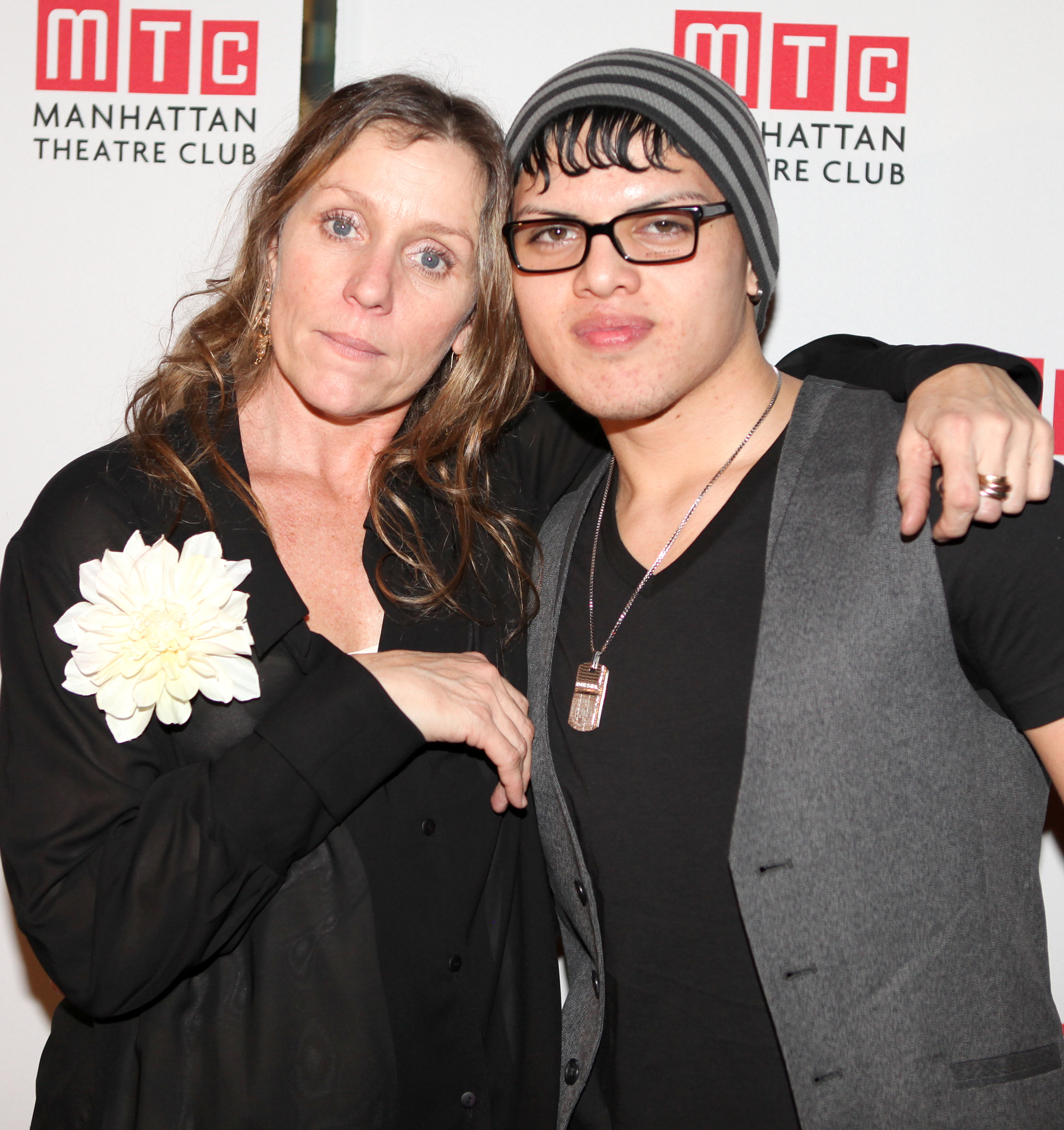 Anger at pals who 'mutate' through surgery

With his pedigree, it’s hardly surprising that Pedro, now 26, has followed his mum into acting as well as becoming astuntman – and she will be exactly the right person to keep his feet on the ground.

The actor, whose cabinet bulges with gongs, hates the award season and red carpet runs because “the shoes hurt too much” and once famously wore Birkenstocks to the Oscars.

Plastic surgery, loved by so many of her contemporaries, actually makes her angry.

“I have not mutated myself in any way. Joel and I have this conversation a lot,”she says.

“He literally has to stop me physically from saying something to people, to friends who have had work. I’m so full of fear and rage about what they have done.

“I’ve been with a man for 35 years who looks at me and loves what he sees.”

She has also been a fierce campaigner against the gender pay gap in Hollywood.

Speaking on a Women in Film panel, she said she had only been paid her worth on one film – Transformers 3.

“I’m glad I did that film, and I’m proud that I finally got paid what I was told I was worth by the industry,” she said. 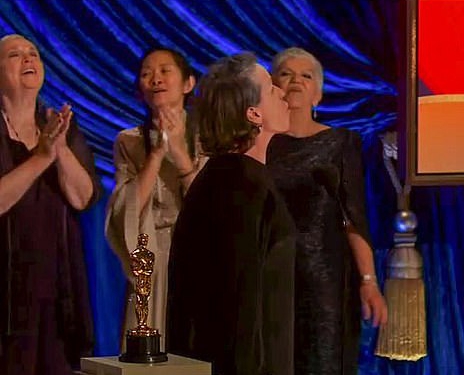 “But that is nothing. That is a tenth of what most males my age, with my experience and my reputation as a film actor, make. We’ve never been paid commensurately, and that has to change.”

Yesterday, as she picked up the Best Picture Oscar for Nomadland, Frances howled like a wolf in memory of sound producer Michael Wolf Snyder, who took his own life earlier this year.

It was a fittingly quirky gesture from the fierce, funny and forthright star who has broken the Hollywood mould.

Tags: aban, Frances, How, McDormand, was
You may also like
Recent Posts