Home
TV and Movies
Holly Willoughby clashes with Dancing on Ice panel over Jason Donovan ‘Were you watching?’

Holly Willoughby, 39, and Phillip Schofield, 58, were on hand to host the third week of Dancing on Ice, which was dedicated to the theme of musicals. For his performance, former Neighbours actor Jason, 52, dressed as the leading character from the stage production of The Adventures of Priscilla, Queen of the Desert. After a colourful and energetic performance, the soap star was given a score of 22 out of 40 from the judges on the ITV competition and the mother-of-three was not happy. 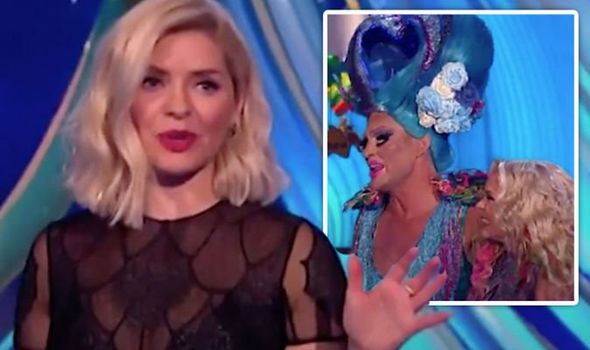 With the studio audience of his fellow contestants booing the panel, Holly commented: “I’m genuinely shocked.

“I have no idea what you were watching but I loved that so much,” the presenter added as she clashed with the judges with Jason thanking her for the praise.

Deciding to focus on the positives, the host asked the contestant if it was nice to go back and play a role he had held in the theatre previously.

“It’s difficult out here as we all know and I wanted tonight to say thank you to the hair and make-up people,” the actor said.

“To all the costume people and to all the production people and to also pay homage to the musicals out there,” he told the presenters, referencing how they were shut down as a result of the coronavirus pandemic.