Home
TV and Movies
Here’s where The Craft cast are 25 years on – including a tarot reader, an occult shop owner and a tragic death

WHEN The Craft hit the cinemas, in May 1996, it cast a spell on film lovers everywhere and proved a surprise smash at the box office.

The teen horror – like Mean Girls with magic – focused on a trio of schoolgirl witches who invite newcomer Sarah, played by Robin Tunney, to join their coven. 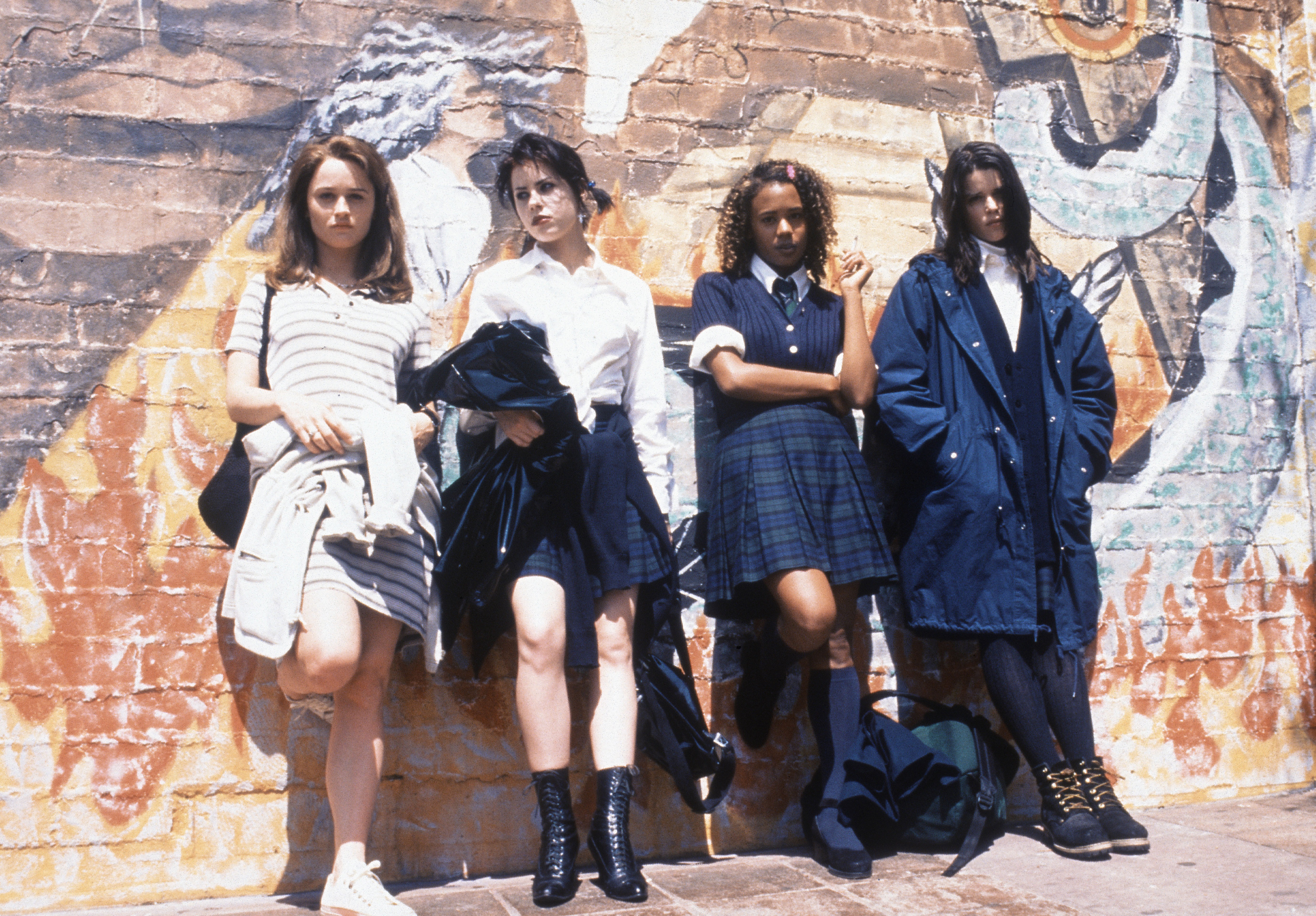 The new addition strengthens their powers and the four teenagers, all viewed as outcasts and bullied by classmates, begin to use their witchcraft to get revenge on those who wrong them.

As it celebrates its 25th anniversary, on May 3, here’s what happened to the Craft’s coven and their unfortunate classmates. 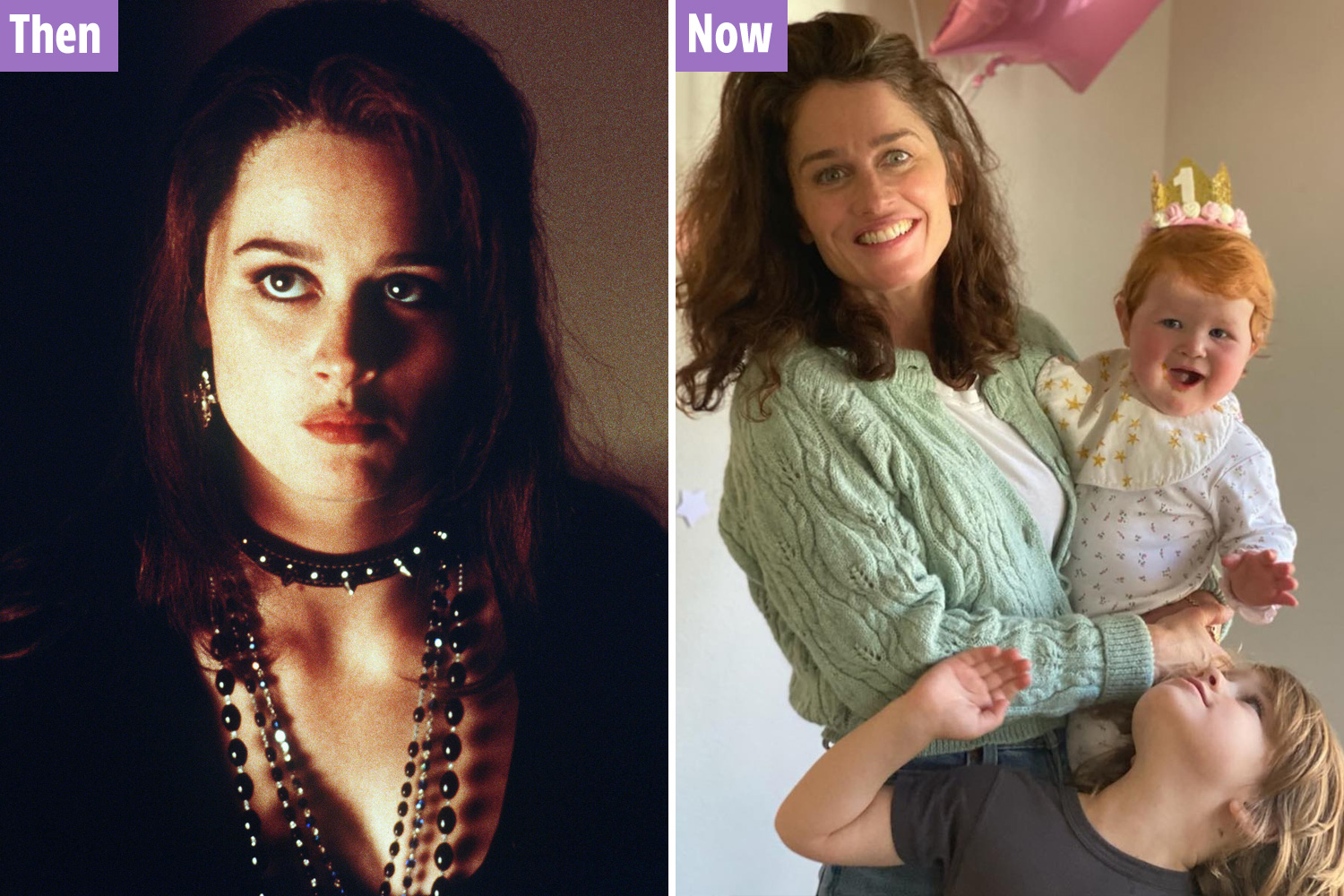 Robin played Sarah Bailey, the new girl at an LA private school who is recruited to join the coven of three aspiring young witches after they spot her showing off her supernatural abilities in class.

When their spells begin to backfire on the foursome, one by one, Sarah's new friends turn against her.

Since starring in The Craft – one of her earliest roles -Robin has made numerous films and TV shows, with lead roles in The Mentalist and Prison Break.

She has two children – Oscar, four, and Colette, one – with her fiancé, interior designer Nicky Marmet.

As a sideline, 48-year-old Robin brings a little magic to the poker table and in 2006, she won £150,000 for a children’s charity in the annual Celebrity Poker Showdown. 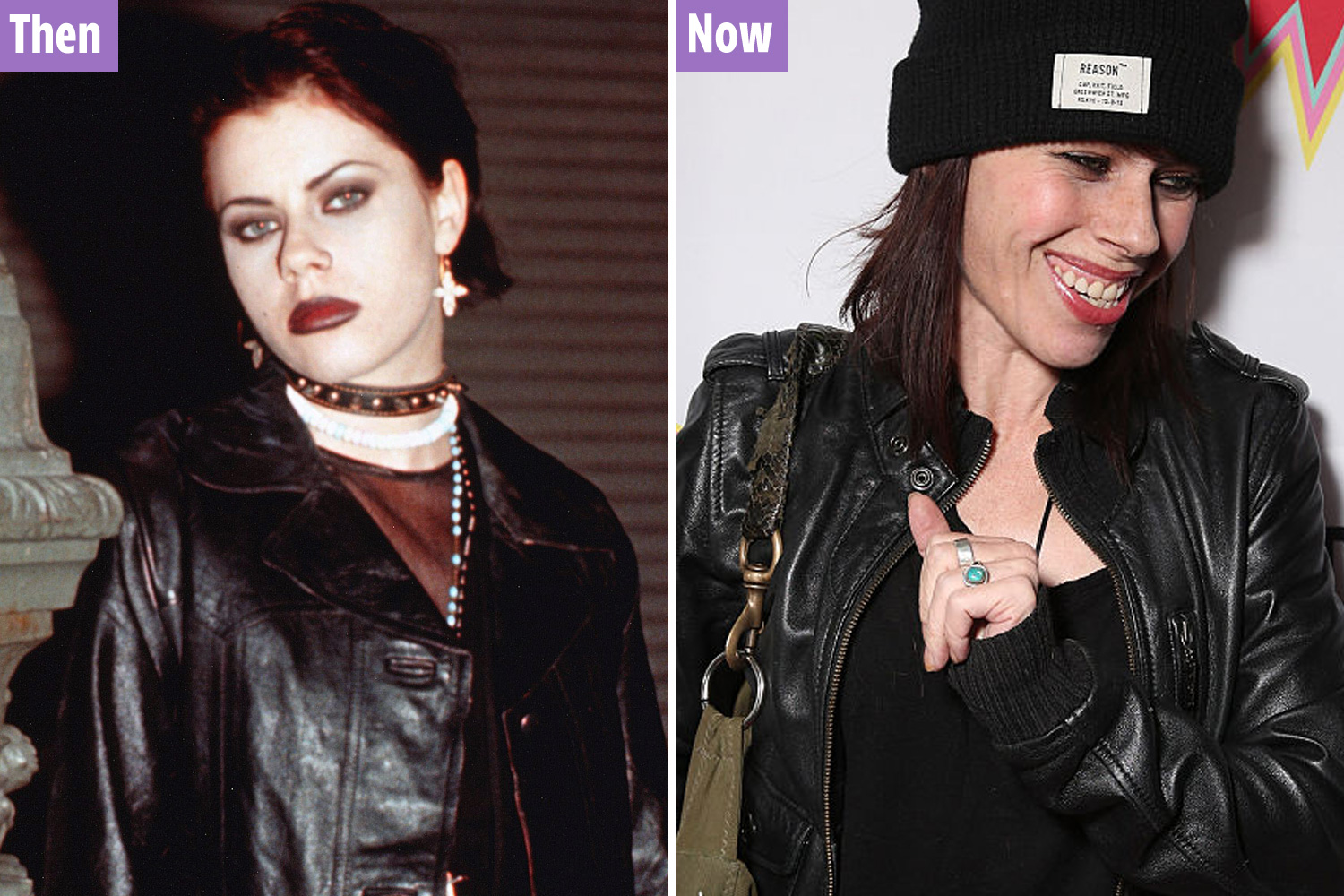 Nancy is one of the most powerful of the group and leaves a trail of death and destruction with her spells, killing her stepfather before dressing as Sarah to seduce ex Chris and kinetically pushing him out of a window.

Spookily, Balk was so taken with the occult shop in L.A. where she researched her role, she bought it.

Fairuza, now 46, went on to appear in the films American History X and The Island of Dr. Moreau and the TV series Ray Donovan, before making an appearance in The Craft: Legacy, the 2020 sequel.

She is currently starring in the TV series Paradise City.

The multi-talented actress is also lead singer of the band Armed Love Militia and, in 2011, she began to exhibit her own art in LA and New York. 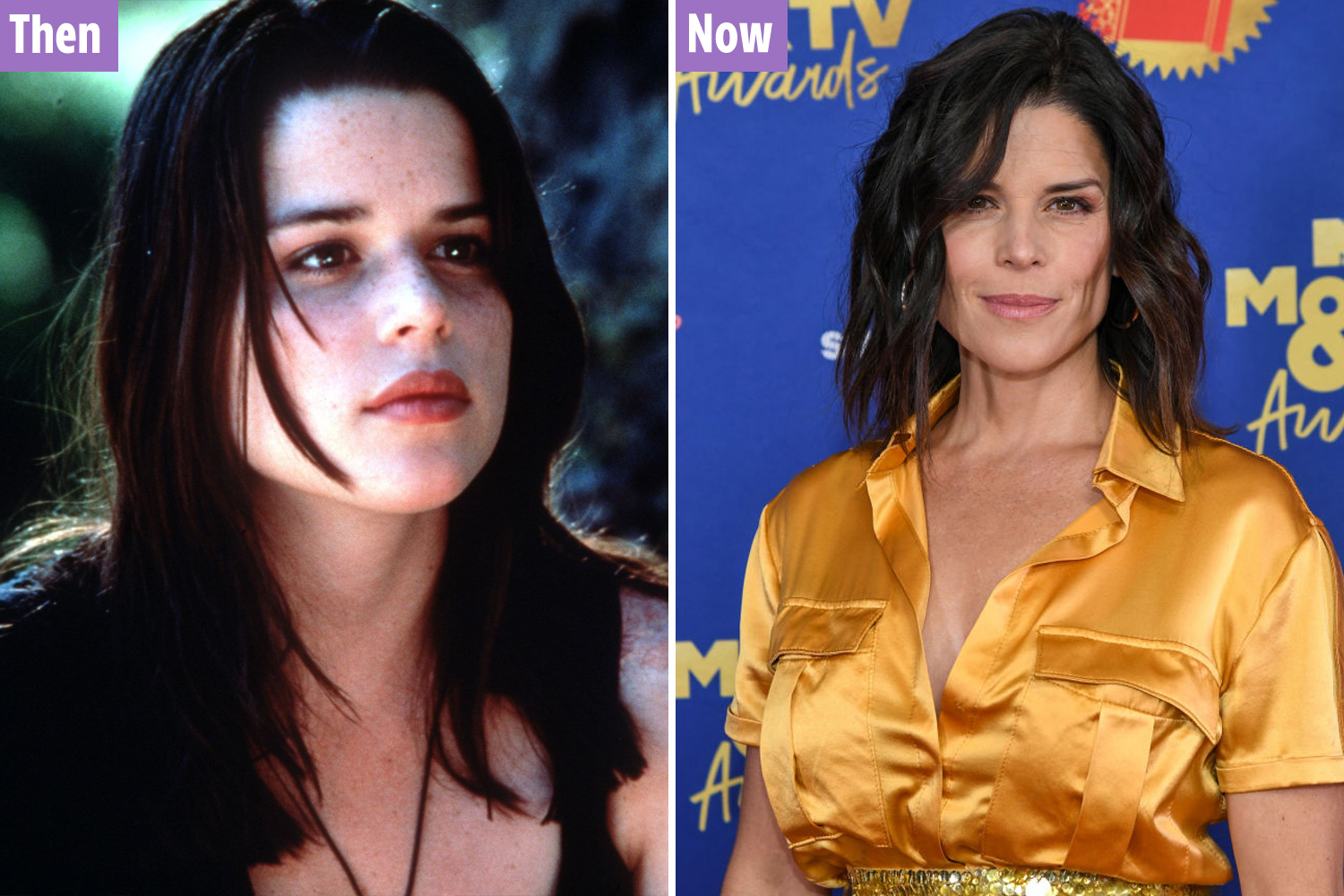 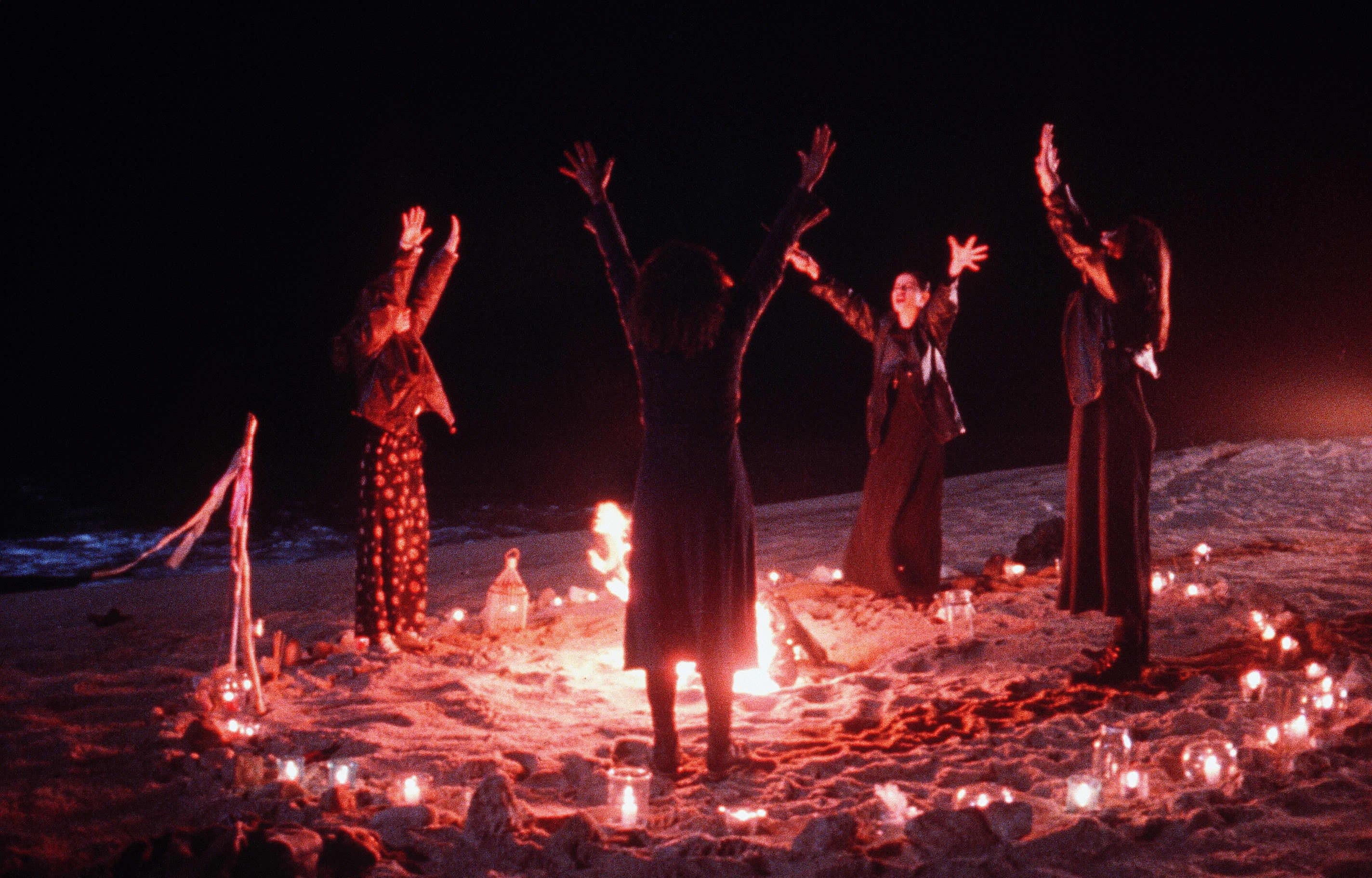 Neve was already a star when The Craft came out having starred in the long-running drama Party of Five.

Scarred from a terrible childhood accident, Bonnie Harper was the only member of the coven who cast a spell that affected only herself.

But her beauty spell had the downside of making her cripplingly vain.

Neve starred in the first of her four Scream movies in the same year as The Craft.

More recently she has appeared in the 2015 series House of Cards and the Disney film Clouds. Scream 5 is set for release next year.

Now 47, she hads been married and divorced twice and has two sons – Caspian, eight, and Raynor, two – with actor JJ Feild. 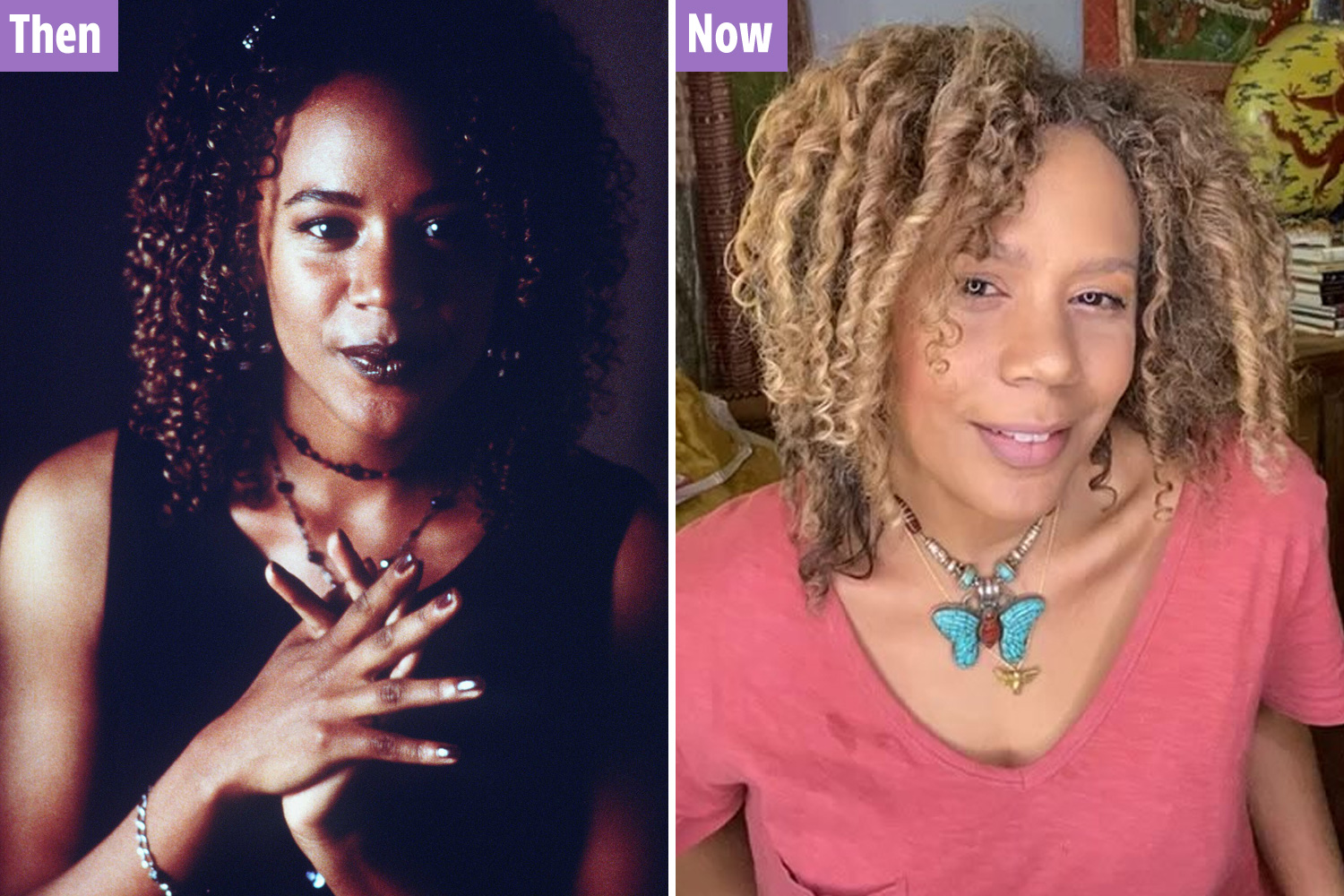 Racially bullied at school, Rochelle casts a spell on classmate Laura that makes her hair fall out but regrets it when she realises how traumatised she is.

Shockingly, Rachel experienced much of the racism highlighted in the film during her acting career.

"Hollywood made it clear I was not the leading lady but her quirky best friend," she said.

Rachel, now 54, went on to play Mona on Half & Half and, most recently, has returned to the supernatural in Agnes, a forthcoming horror film about possessed nuns.

Like co-star Fairuza, she has also embraced her mystical side, working as a tarot card reader in Los Angeles.

She is the author of True Heart Intuitive Tarot, which includes a 78-card tarot deck as well as 22 memoir essays about True's "mystic-minded Hollywood life." 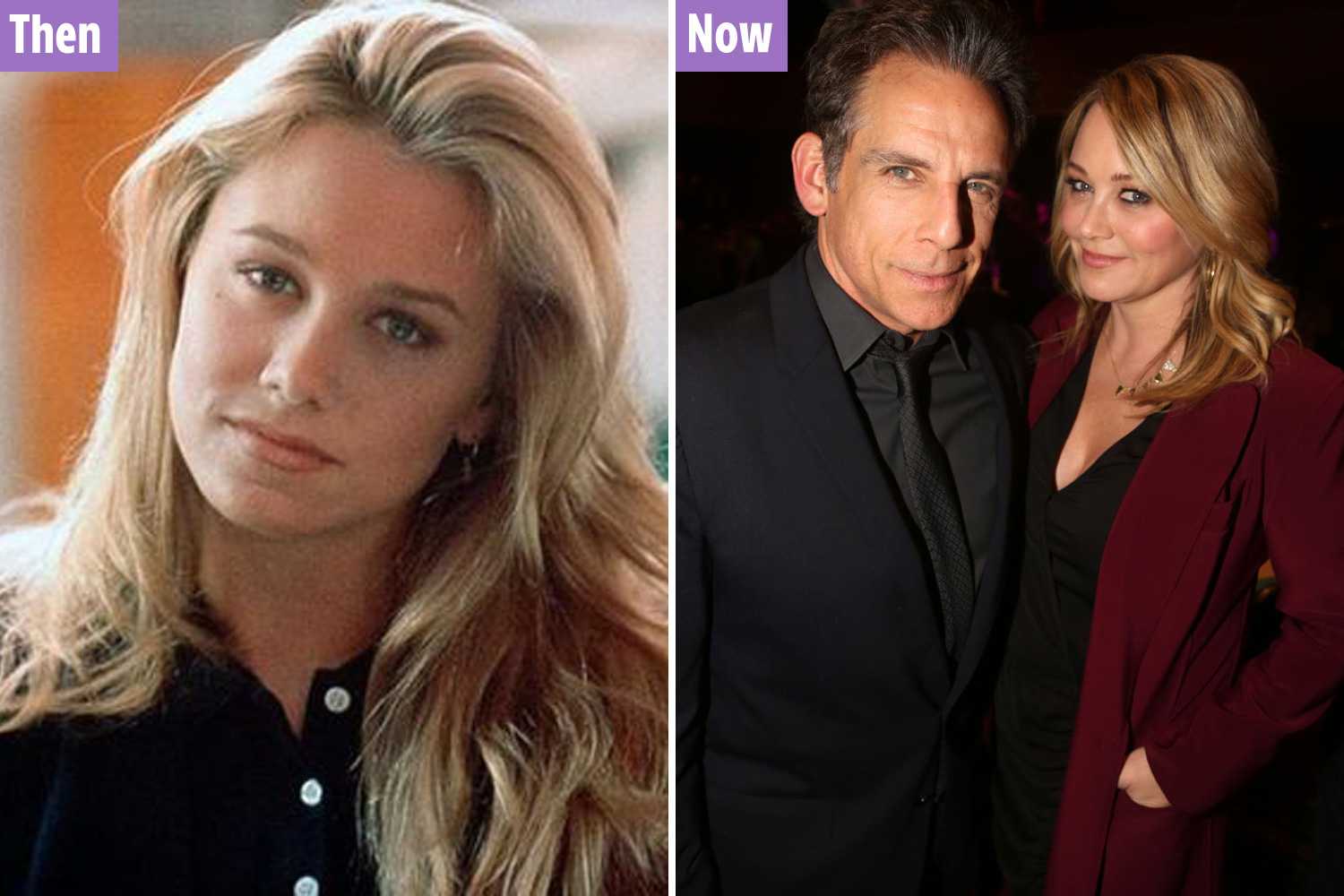 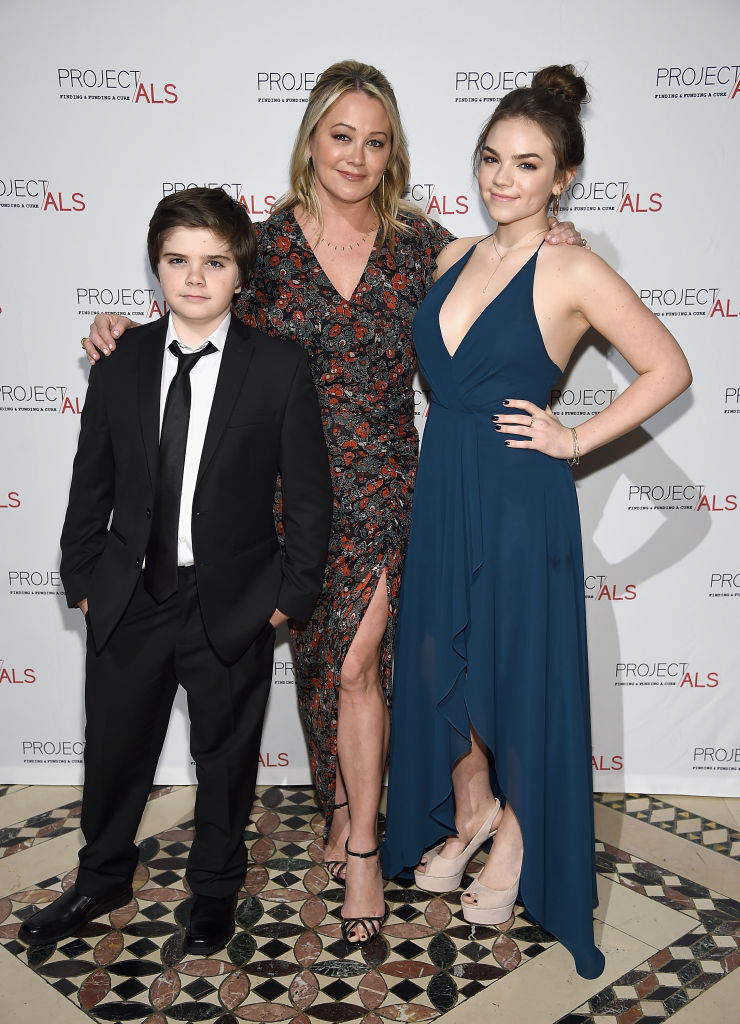 Laura was the racist bully who lost her hair after mocking Rochelle’s curls.

Already famous for playing Marcia in The Brady Bunch Movie she went on to star in a stream of blockbuster comedy films and shows, including The Wedding Singer, Zoolander, Dodgeball, and Arrested Development.

She met Ben Stiller on the set of an unaired pilot, Heat Vision and Jack, and the pair fell in love.

“It hit me out of the blue,” Ben confessed in a 2016 interview with Parade.

The pair announced their separation in 2017, after 17 years of marriage, but remain close and are frequently spotted on the red carpet together, prompting rumours of a reconciliation. 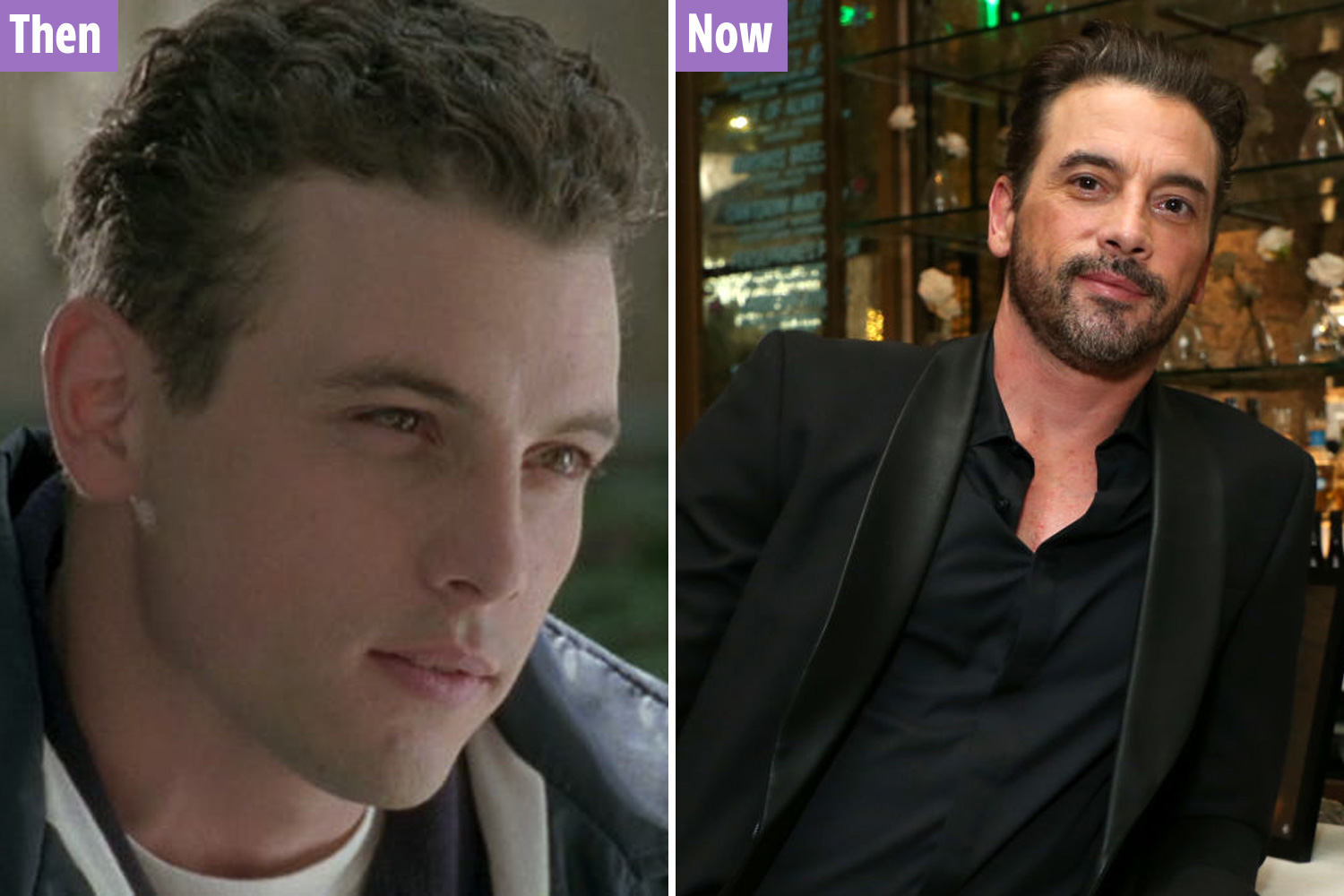 After Sarah refuses to sleep with him, Chris spreads rumours about her. In retaliation, she casts a love spell on him but it backfires when he stalks her and eventually tries to rape her.

The Craft was Skeet's first movie role but he went on to star with Neve Campbell in Scream later that year.

The 51-year-old actor – born Bryan Trout – has since played a gay hustler in the Oscar-winning movie As Good As It Gets and starred in long-running series, including Law and Order and Riverdale.

He has 10-year-old twins Jakob and Naiia with ex-wife Georgina Cates and was recently spotted on a date with Pretty Little Liars star Lucy Hale. 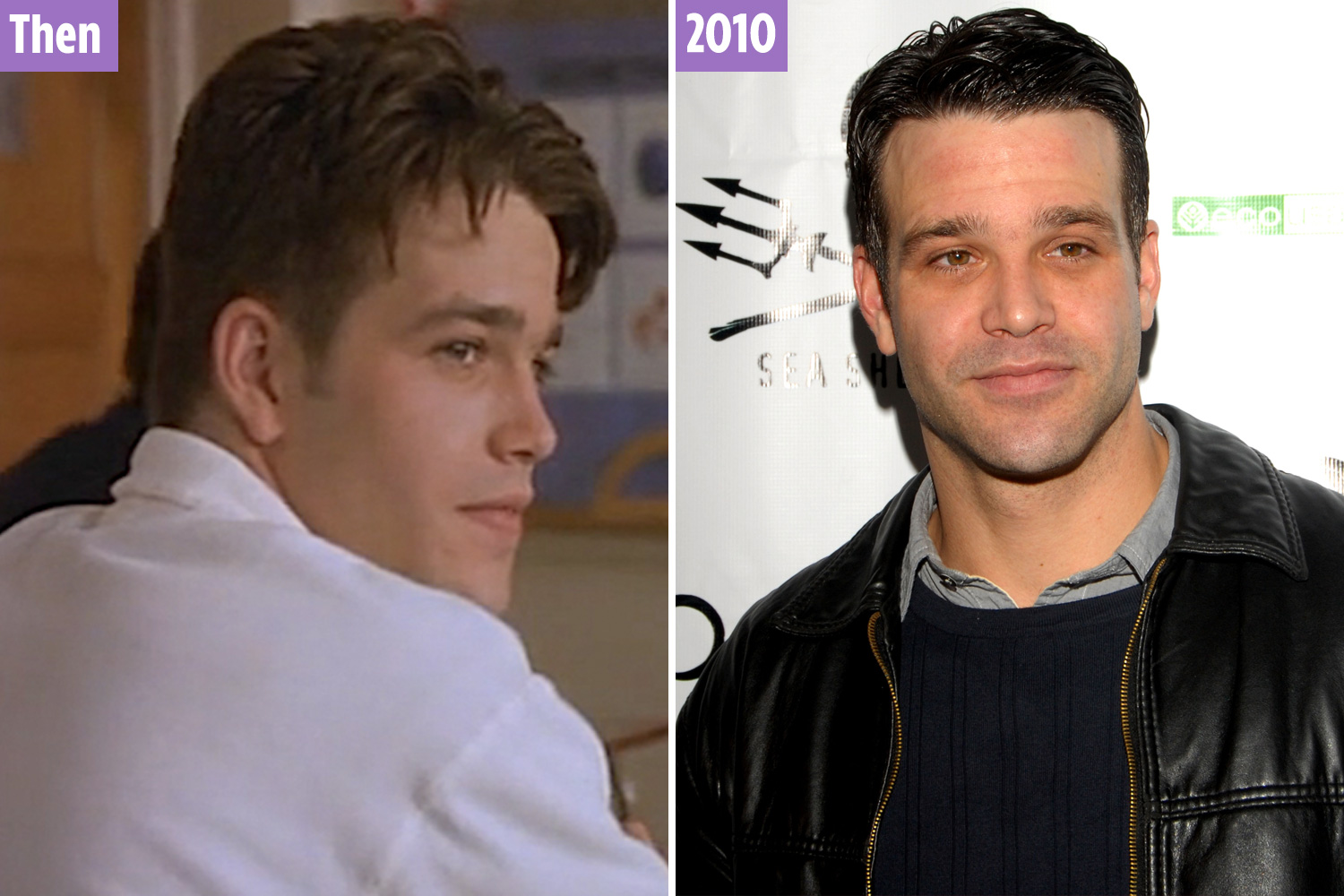 Trey is one of Chris’s group of friends, who egg him on as he harasses female students, including Sarah.

Nathaniel went on to become a soap star, with roles in As the World Turns and One Life to Live, playing two roles in the latter.

In 2007, he was arrested after a fight with three people in New York and was suspected to have been under the influence of drugs.

He admitted punching a police officer and pleaded guilty to resisting arrest, although no drug charges were brought. He was ordered to take a three month anger management class.

Tragically, on October 30, 2015, he was involved in a car accident in Nevada when his truck flipped.

The 40-year-old, who was not wearing a seatbelt, died in hospital from complications during surgery.

Tags: Ar, Cast, craft, Here's, The, Where
You may also like
Recent Posts