Home
TV and Movies
‘Help me!’ Ben Shephard leaves Tipping Point player flustered as he refuses to give answer

Vivienne, Jenna, Kev and James were the four contestants hoping to pocket some cash from the famous Tipping Point machine on Monday. In the all-new episode of the ITV quiz show, it was Vivienne who fell at the first hurdle as she failed to knock a single counter off in the first round. This left Jenna, Kev and James to battle it out in the second round, although Jenna’s nerves weren’t exactly helped by host Ben Shephard.

As usual, Ben was on hand to ping the quickfire questions at each of Monday’s players to see how many counters they could pop into the machine in the second round.

With James and Kev storming ahead, Jenna needed to pull off quite the feat to add some cash to the prize fund and hopefully progress to the next stage.

And she got off to a respectable start in her 30-second allotted time, bagging three counters along the way.

However, Jenna began to stumble on the final two questions as Ben asked: “Which constellation is repressed by the International Astronomical Union code AQR?” 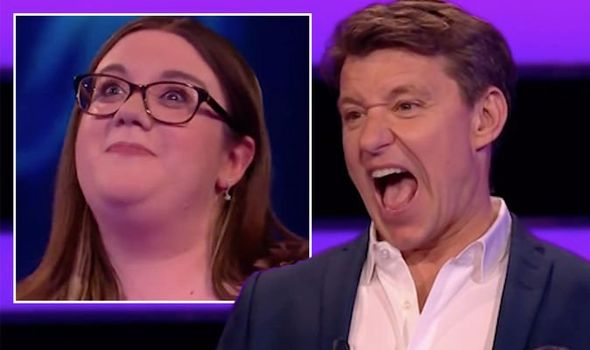 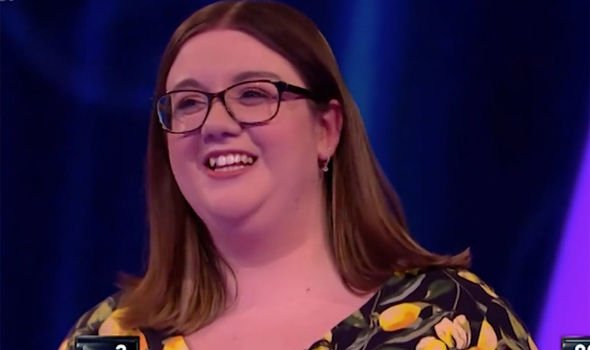 “Pass,” Jenna quickly replied as she found herself at a loose end – but Ben wasn’t done with the tricky questions.

He read his final teaser: “The name of which Greek titan features in the title of a 1957 novel by -“

Ben was quickly interrupted by the buzzer as Jenna’s time had run out but he was still keen to put the question to her.

“We’ve run out of time on this,” he commented before reading the question in full. 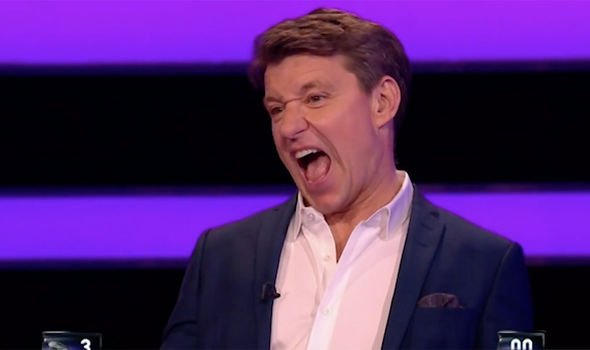 The Tipping Point host continued: “The name of which Greek titan features in the title of a 1957 novel by Ayn Rand?”

A smirk appeared on Jenna’s face as it became clear she didn’t know but Ben wasn’t going to reveal the answer that easy.

Ben stood open-mouthed as if the answer was on the tip of his tongue.

Eventually, Jenna gave in and asked for the host’s intervention as she laughed and said: “Help me, Ben!”

“Atlas,” the Tipping Point star revealed. “It was Atlas.”

However, this was little consolation to Jenna who was sent home just a few moments after.

This left Kev and James in the last head to head to determine who would make it to the final.

And it was James who made it to the final at the expense of Kev in his attempts to bag the £10,000 jackpot.

With £3,400 in his prize fund, James decided to take the trade for three final counters in an attempt to knock down the jackpot counter which was sat on the bottom shelf.

But it turned out to be the wrong decision as, after three counters, the counter refused to edge into the dropzone.

This means James went home empty-handed although he remained in high spirits.