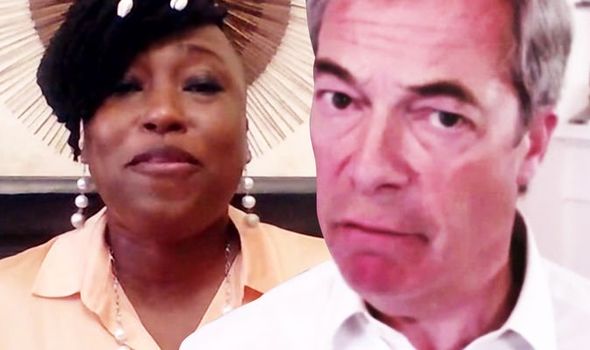 Mr Farage said: “The organisation Black Lives Matter is a far-left, Marxist organisation whose chief aim is to defund and close down police forces so that we would live under anarchy.”

Dr Mos Shogbamimu quickly retorted: “You are full of such utter nonsense.

“I understand you are struggling to be relevant but the only thing you are an expert on right now is your own backside because every word out of your mouth stinks.

“That is an utter lie.

“Black Lives Matter represents the fight against racism in this country and wherever it is.

“Everything you said is utter rubbish.”

Professor Kate Williams agreed with Dr Mos-Shogbamimu and questioned how Mr Farage could hold his stern views on the group.