Home
TV and Movies
'General Hospital': How Much Does the Cast Make and Who Earns the Most?

Though the stars of General Hospital are on our screens every weekday, we don’t know much about their personal lives. One of the biggest questions that people have about soap stars in general, is how much they make. Is being a soap opera actor or actress as lucrative as working on films or on primetime television? Most people would probably say no, but in fact, it can be. Especially for actors who have been on popular soaps for a number of years. Let’s break down how much the cast of General Hospital makes. 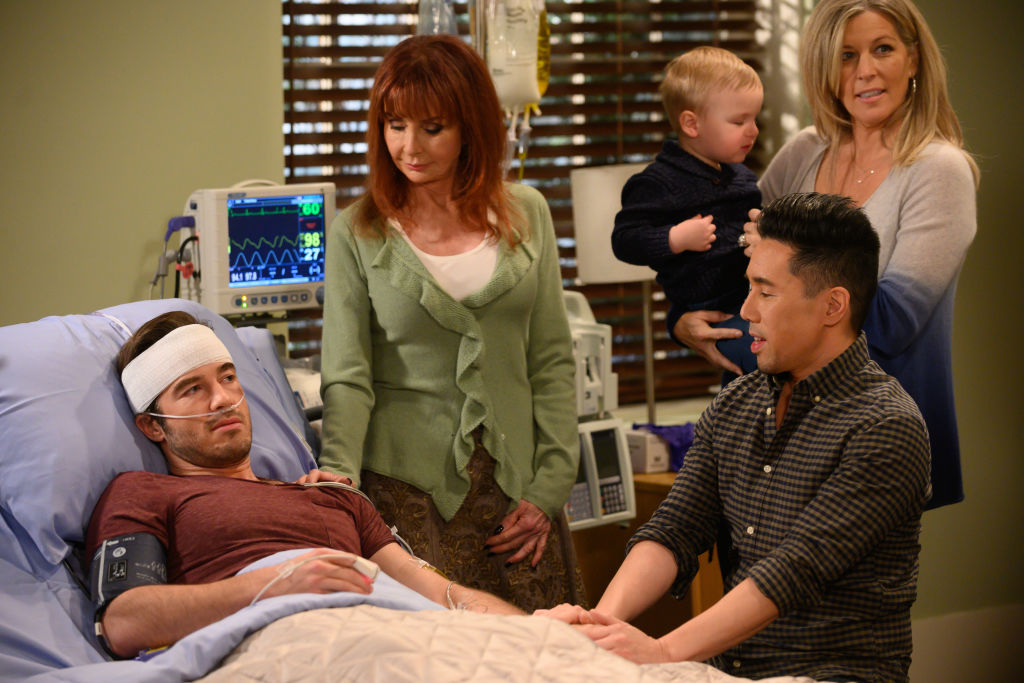 As with any show, the salaries of the cast differ.

According to Thought Catalog, an actor with few lines, five or less, can make around $450 a day and background actors can make $200 a day. If you have more lines, the pay skyrockets.

If you are a new member of the cast but not a main character, you can earn around $1,000 per episode, according to Tvovermind. If you are already a big name in the soap world, you might be offered more to come on. There are roughly 260 episodes per year of GH, which could earn you a nice salary of $260,000 a year.

If you stay on the show for five years, you can start making around $1,500 per episode, which would bring you to at least $390,000 a year. But even this rate is within a range. Some actors who are more crucial to the storylines may earn more than $1,500 an episode. On the higher end, they can make around $780,000 a year.

If you last on the show for over 10 years, you could earn up to $5,000 per episode which would put you at $1.3 million a season. Maurice Benard has been on the show since 1993, which means he is well into the veteran category. He is currently worth $2 million.

General Hospital stars who have been on the show for a while typically have quite a high net worth. Benard is actually on the low end. Laura Wright, for example, who hasn’t even made it to the 20-year mark on GH is worth $10 million. She’s been playing the role of Carly Corinthos since 2005.

Closer to Benard, Nancy Lee Grahn is worth a reported $3 million. She now plays Alexis Davis on General Hospital, but before that she was on Little House on the Prairie, One Life to Live, Magnum, P.I., The Phoenix, Knight Rider, Murder, She Wrote, Castle,  7th Heaven, and Melrose Place.

✨Makeup Look Picture Tutorial✨ I’ve been getting a lot of messages asking how I apply the Be Fierce eyeshadow compact by @aestheticacosmetics that I’ve been posting about – I took some pics to show you guys how I get this look. I used the matte colors from this compact and a one of the glitter shadows, but I will post my favorite glitter look next time! First, I use a full coverage foundation. My favorite is Georgio Armani, however that is a little pricey so a good substitute is the @almay full coverage one that comes in a pump bottle (I also use the @Almay Liquid Lash Extenders Mascara w/my strip lashes which are by @ardellbeauty). 2nd step is to start contouring my face with concealer (@tartecosmetics Creaseless is GREAT, but so is @lagirlcosmetics concealer which I bought at CVS for just a few dollars). Blend that with a foundation brush. I use the @aestheticacosmetics powder contour for bronzer and to add light powder over my concealer areas. The picture shows where I apply bronzer and then blush (my blush is by @ctilburymakeup – obsessed with it). Eyeshadow: I used color #1 only on the inside half of my lid and color #2 on the outer half. Color #3 (the dark brown) in the outer corner and the glitter color #4 lightly on my crease. I love the sponge eyeshadow applicators (which are available on Amazon) because they hold the pigment well and are easy to control. Eyeliner is the @aestheticacosmetics waterproof liquid liner in Jet Black and I apply a thin line (easy to do because it’s got a fine tip) on my top lid, for underneath my eye I applied a little dusting of color #4 with the edge of the sponge applicator. @aestheticacosmetics Banana Setting Powder to finish my face. Lipgloss is @revlon Ultra HD Lip Lacquer in Sandstone. 🙆🏼‍♀️ My code for @aestheticacosmetics is still active if you want to purchase any of their products. Use KSTORMS30 to get 30% off of your order! *this is not an ad. I just love makeup* Hope this helps out those who messaged me about this! ♥️♥️♥️ #makeuptutorial #makeupideas #beautyproducts #aesthetica #treatyoself

Kirsten Storms, who played Maxie Jones on both General Hospital and its spinoff General Hospital: Night Shift is worth $6 million. She originally left GH in 2011 after being diagnosed with endometriosis. She came back to the show on Sep. 5, 2012. She then took another hiatus in 2014 to go on maternity leave. She left the show again in March 2017, but then returned in August of that same year.

These former and current GH stars all prove that there is some definite money to be made in the soaps.

Tags: 'General, hospital
You may also like
Recent Posts