Home
TV and Movies
From 'Prop Culture' to 'Disney Gallery: The Mandalorian,' Here Are the New Television Shows Coming to Disney+ During May 2020

Whether you’re excited about the new Mandalorian series or just looking forward to the new episode of Be Our Chef, Disney+ has plenty of content to be available for streaming during May. Here are a few of the television shows to be added to the Disney+ streaming library.

Go behind the scenes with the most popular series on Disney’s streaming platform. Disney Gallery: The Mandalorian shows fans how The Mandalorian became the first-ever live-action Star Wars series, with the help of directors like Bryce Dallas Howard and writer Jon Favreau.

This is an 8 episode docu-series, with the first episode premiering on May 4, also known as Star Wars day. In the meantime, fans can watch the entire first season of The Mandalorian on this subscription service. 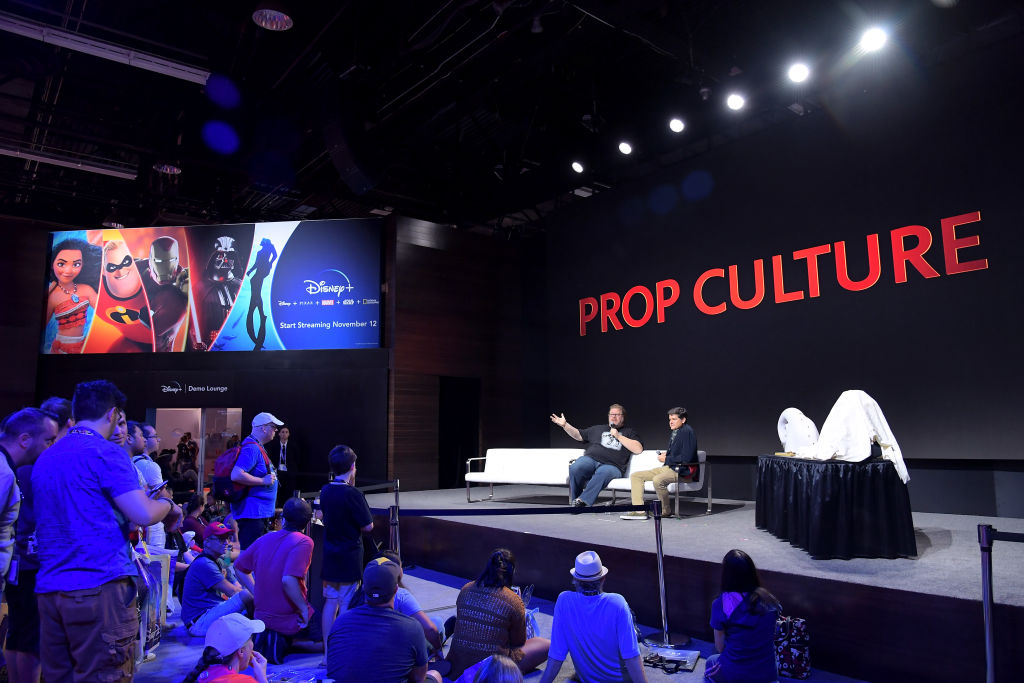 If you’ve ever wanted to learn about the props that make Disney movies so iconic, their streaming platform has you covered. Based on the series trailer, Prop Culture will feature the history of Disney’s most beloved props. According to Entertainment Weekly, all 8 episodes of this series will premiere on Disney+ on the same day, May 1.

That includes Mary Poppins’ bag, Jack Sparrow’s jacket, and figures used in stop-motion animation for The Nightmare Before Christmas. Additionally, there are props from The Muppet Movie, Who Framed Roger Rabbit, The Chronicles of Narnia: The Lion the Witch and the Wardrobe, and Honey, I Shrunk The Kids.

“I felt like there were a lot of people that did a lot of amazing work that weren’t getting the light shined on them,” Dan Lanigan said during an interview with Entertainment Weekly. “I thought wouldn’t it be great to do a show that celebrated them. Even though the show is called Prop Culture and our way into the show are these artifacts, it’s really about the people that are behind them.”

New episodes of ‘Star Wars: The Clone Wars’ and ‘Be Our Chef’ debut

Some series’ have already been released on Disney+, but new episodes continue to debut on a weekly basis. That includes the competition series Be Our Chef, and the final season of the animated Star Wars series, The Clone Wars. (The last episode of The Clone Wars season 7 premieres on May 4.)

Tags: 'Prop, culture, from
You may also like
Recent Posts