FRIENDS star David Schwimmer has been spotted filming for a new TV advert in Kent.

The actor, who is most well-known for playing the role of Ross Geller on the popular American sitcom, is going to be the new face of TSB's latest campaign. 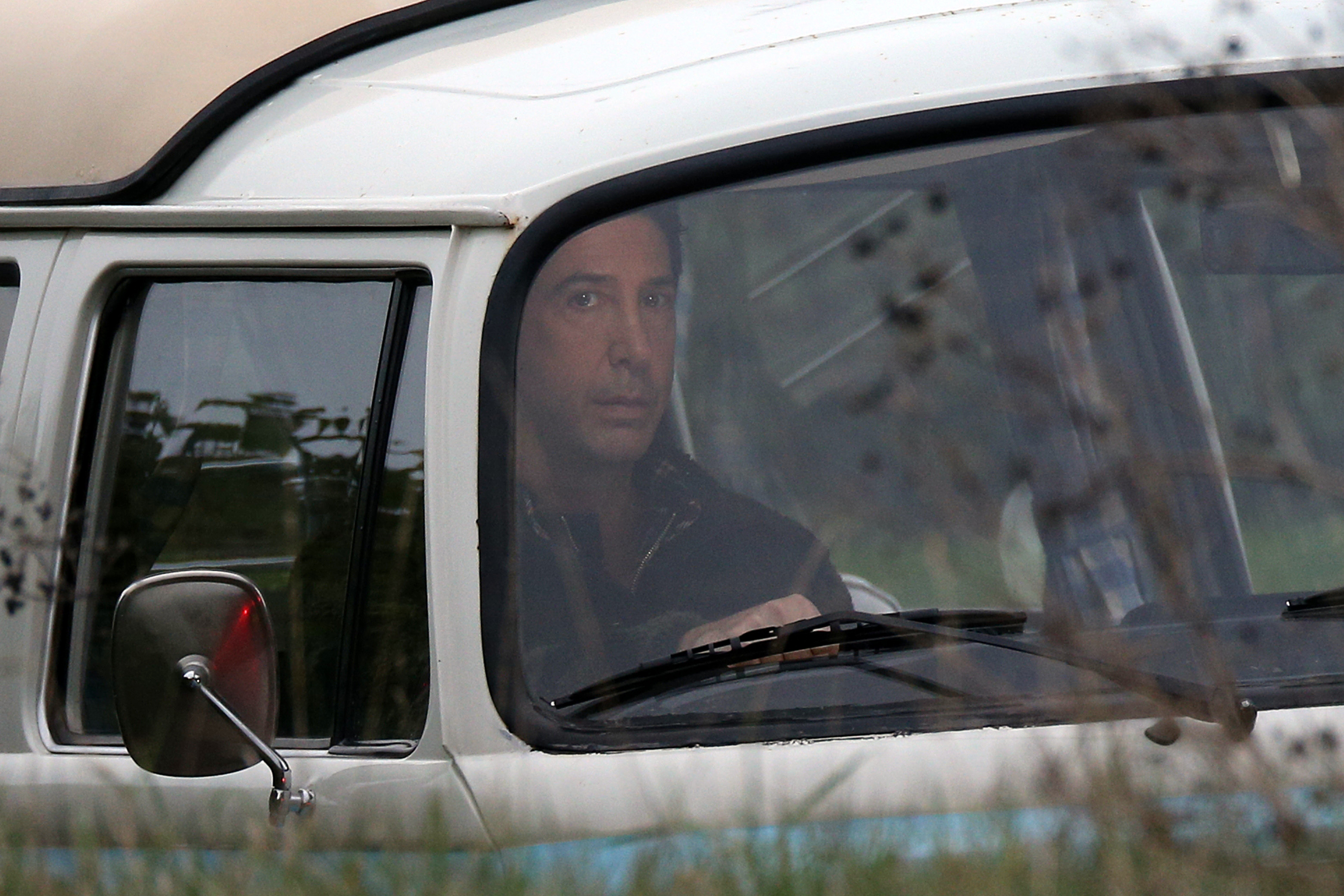 David, 53, was seen being towed around in the beautiful English countryside of Kent in a blue and white VW Camper Van by camera crew.

With highs of 16 degrees on Saturday when the advert was filmed, David made sure to keep himself warm in a blue coat, fleeced jumper and a patterned scarf to keep him extra toasty.

He completed the look with some dark blue jeans and a pair of black boots, which were the perfect choice of footwear as he did a lot of walking around in the empty fields.

It looked like the star was playing the character of a lost person who didn't seem to know where they were going and ended up in the middle of nowhere. 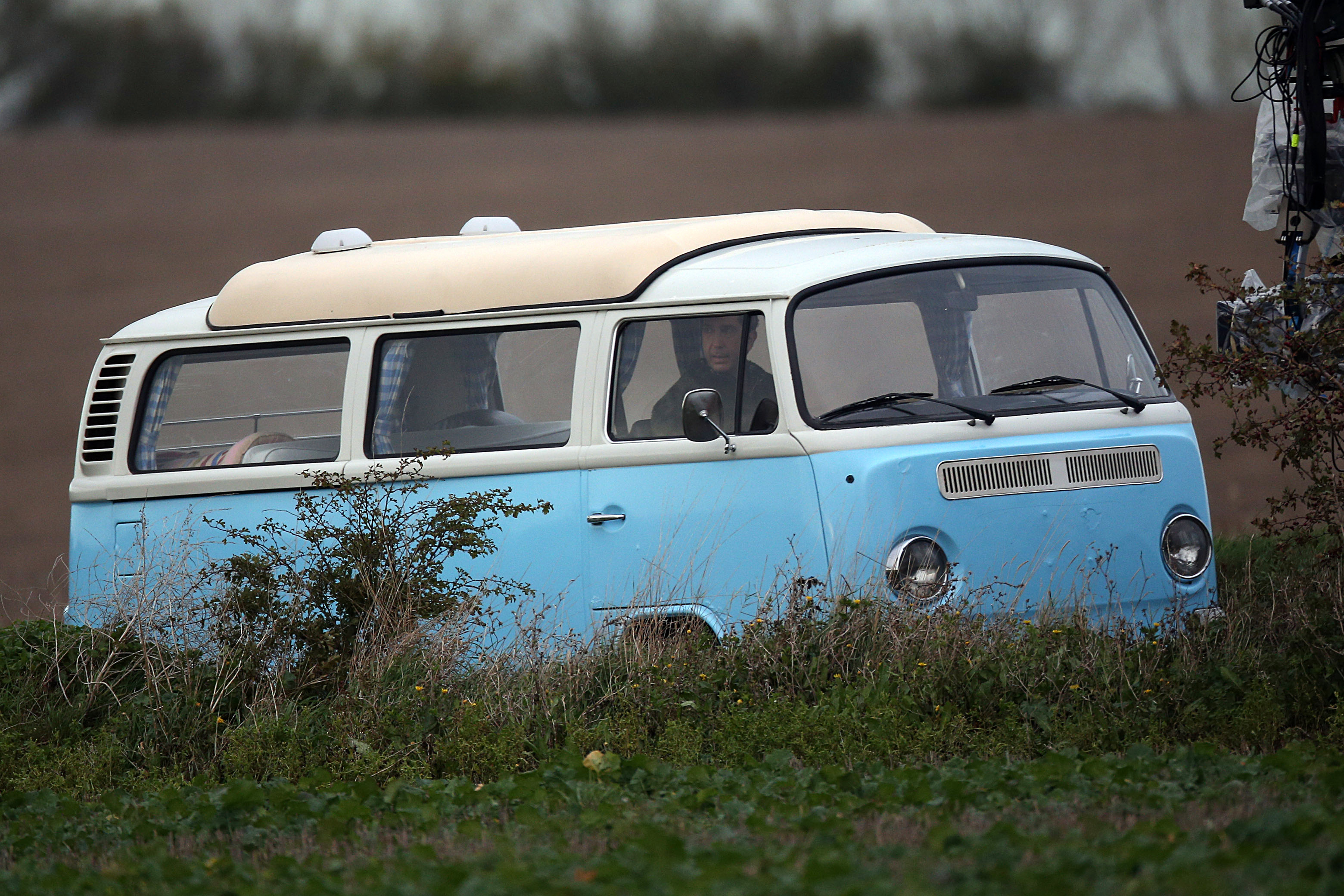 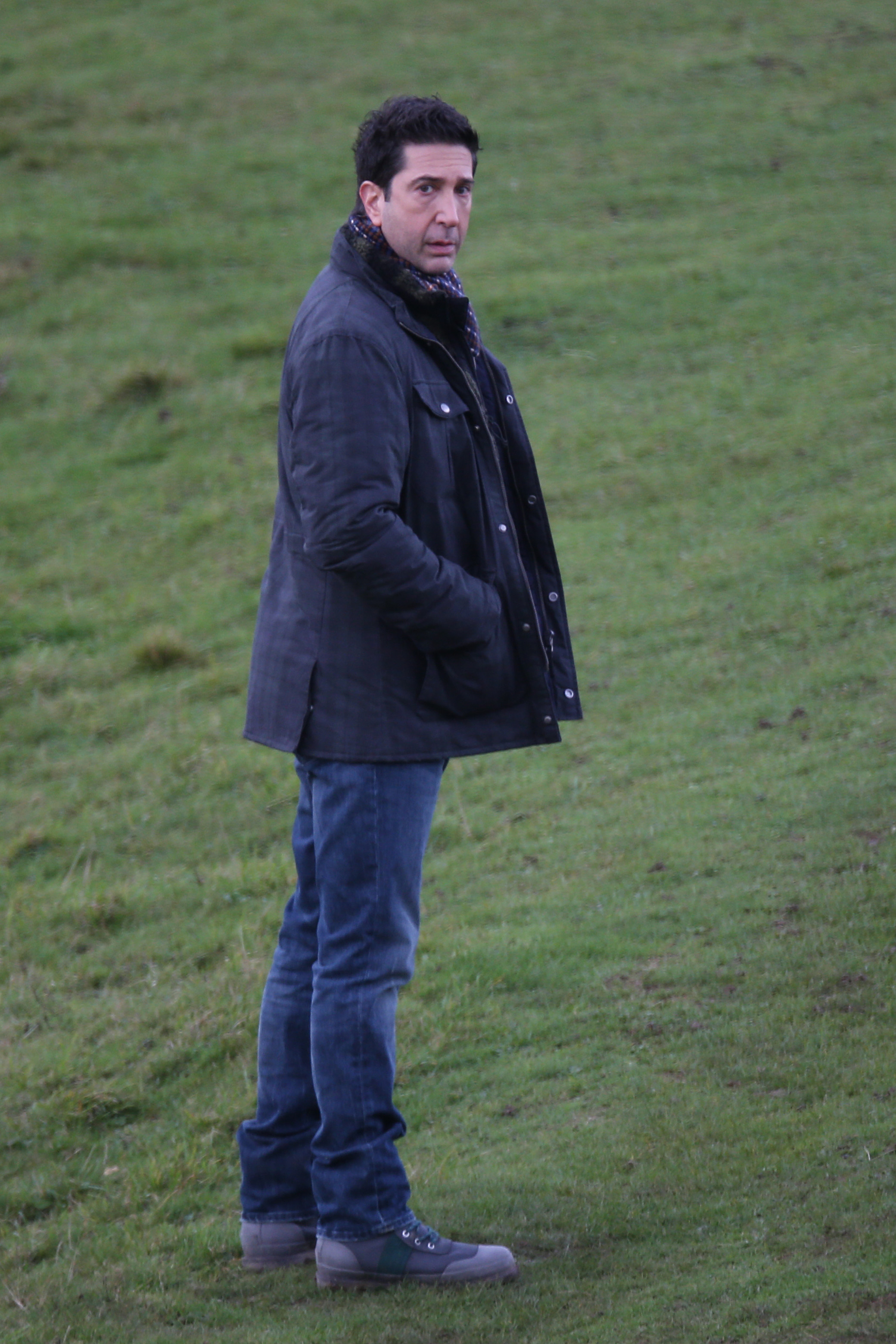 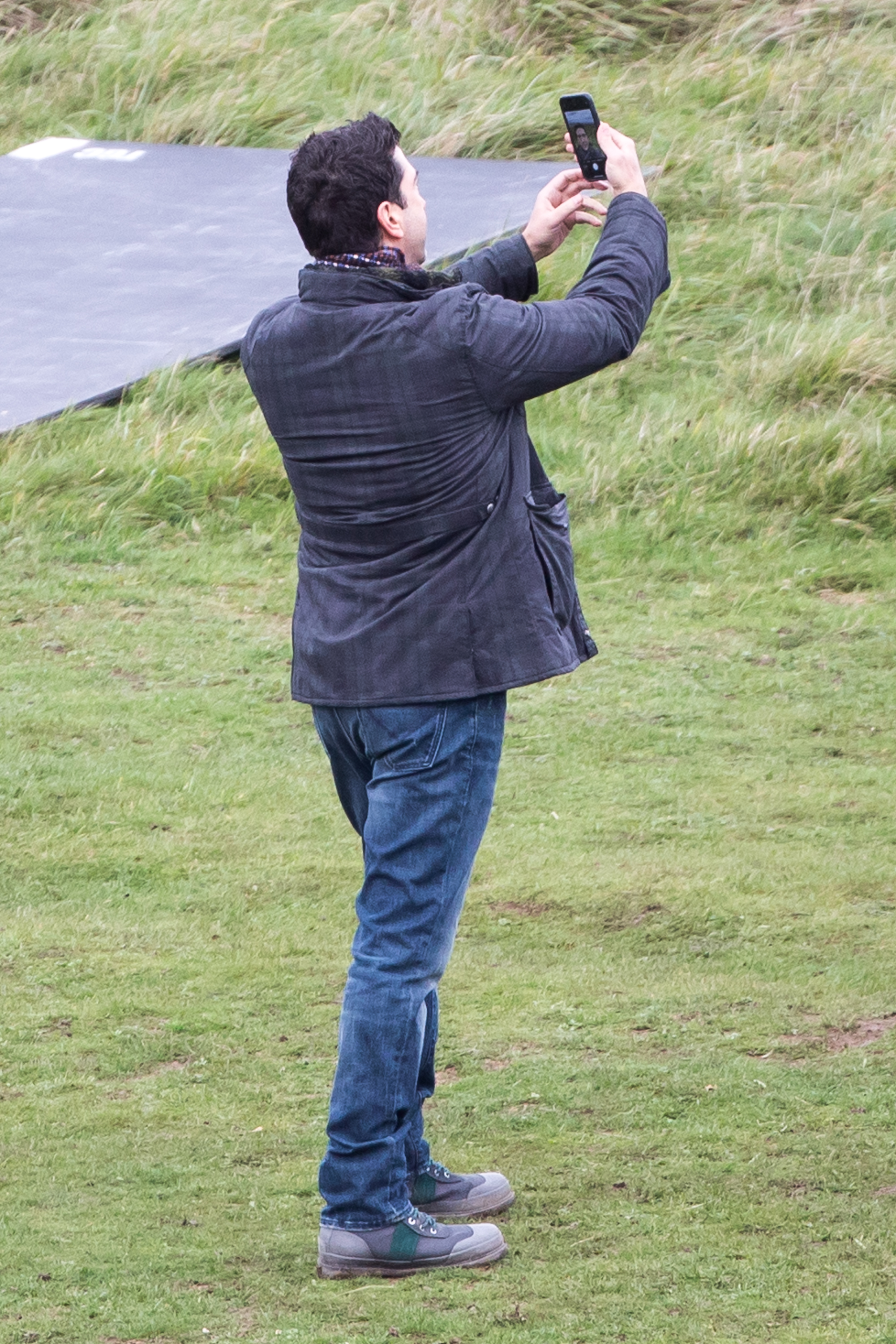 After getting out of the vintage vehicle and trying to see if trusty Google Maps would be able to point him in the right direction, the van slowly started to roll away.

Filming for the retail banking company's new advert comes after David's return to our screens as Ross Geller has been postponed due to Covid-19.

Earlier this year, devoted fans of the popular comedy show were left ecstatic when they found out that Jennifer Aniston, Courteney Cox, Matthew Perry, Lisa Kudrow, David Schwimmer and Matt Le Blanc would reunite for the program, expected to air in May on HBO Max.

However, creator of the show Marta Kauffman, has admitted social distancing implications for a live studio audience is the latest reason the long-awaited reunion show has been delayed further. 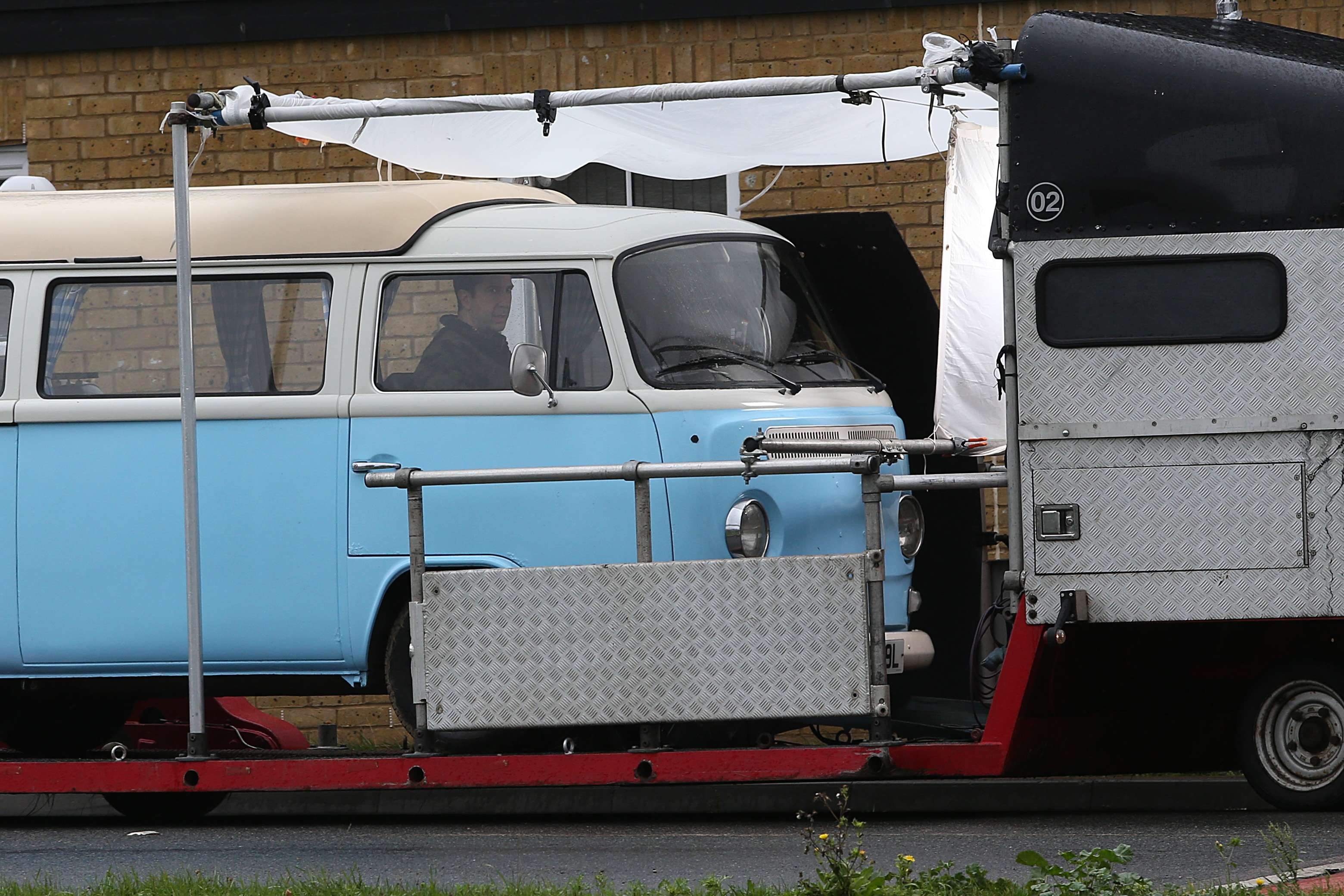 The ongoing pandemic has pretty much wreaked havoc in the TV and film industry and the Friends reunion has had to be out on hold because they need a live crowd for it to work.

Due to social distancing rules, it seems that fans are just going to have to wait a little longer for the highly anticipated return.

Marta Kauffman told Entertainment Tonight back in August: “We all want it to happen. We just have to wait until it is safe.

“This is a show that is not scripted, but this is the way the show works – we are going to need a live audience.

“Even if we socially distance that live audience, it really is a huge part of what Friends is… We can not do it without them.

“Everyone is all in and we are just waiting for that time when it feels connected to bring in a live audience.”

Sources have now revealed that production may start happening in late 2020, but sadly nothing has been set in stone.

Due to the current uncertainty because of the deadly bug, HBO's head of original content mentioned in June it was a "fool's errand" to try to attempt to guess when they may start production.