EACH year the contestants of 'I'm A Celebrity Get Me Out of Here' take on a role within the group and this series is no different.

From being the contestant that builds everyone up, to the participatory that winds up the campmates, the jungle is filled with a range of personalities.

Below, Judi Judge speaks about the how each celebrity participant is showing individual traits on the show.

Frankie probably has the strongest motivational values in there: she’s desperate to beat her husband, who has previously competed.

Hence the blend of attention-seeking shrieks and scared screams that acted as a smokescreen while she absolutely smashed her first task.

And these dramatic reactions could cause a rift with the other contestants.

She used self-hugging, self-diminishing rituals that outwardly suggested nerves and low levels of confidence but all that vulnerability looked like an act because the next minute she was seen prepping properly for the task doing body warm-ups that resembled a Premier League footballer waiting to be put on pitch and score a load of goals.

Possibly the noisiest, ‘speak your mind’ campmate and this could lead to some clashes but I’d suggest she’s already seeing herself wearing that crown by the end of the competition. 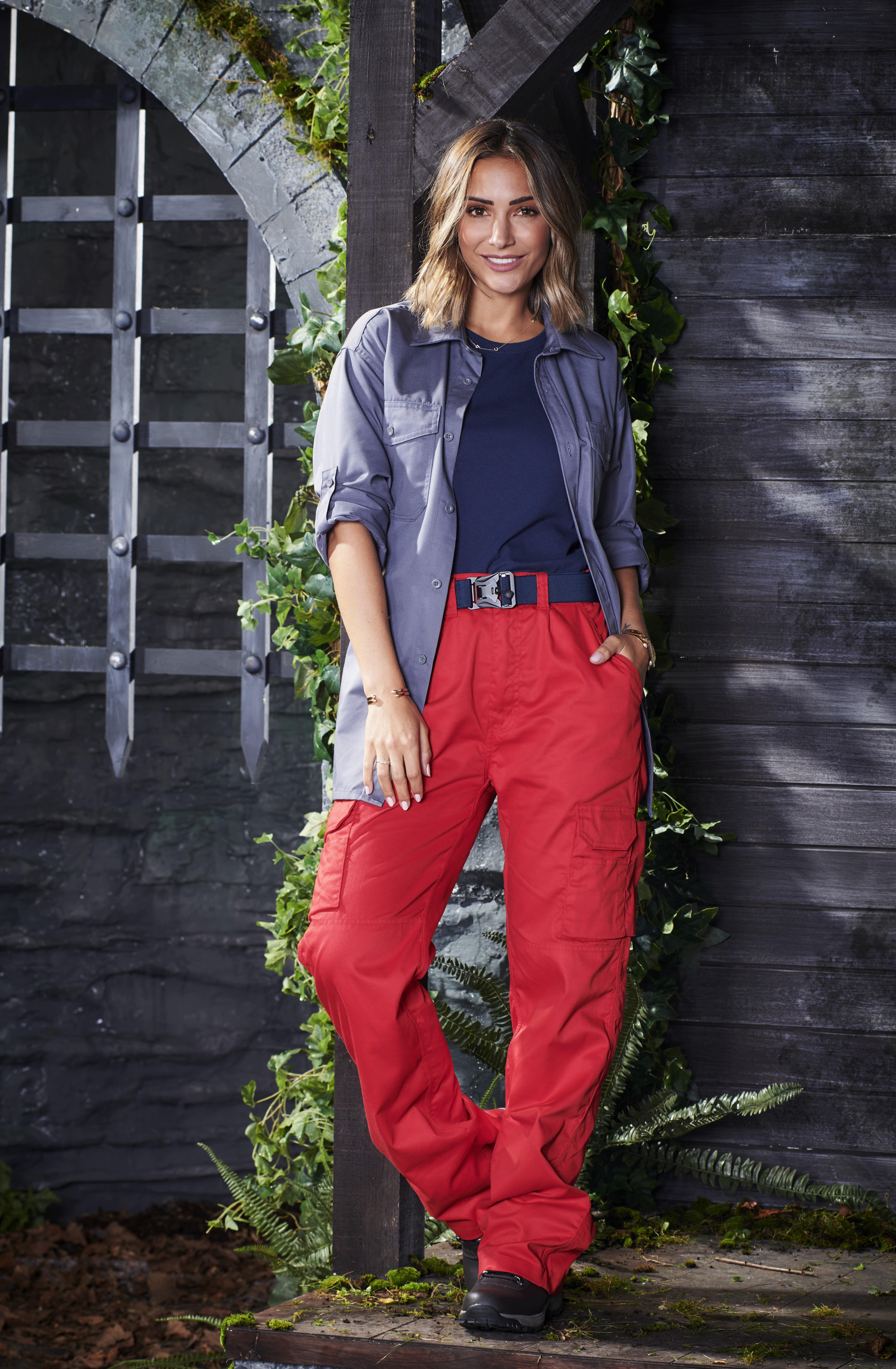 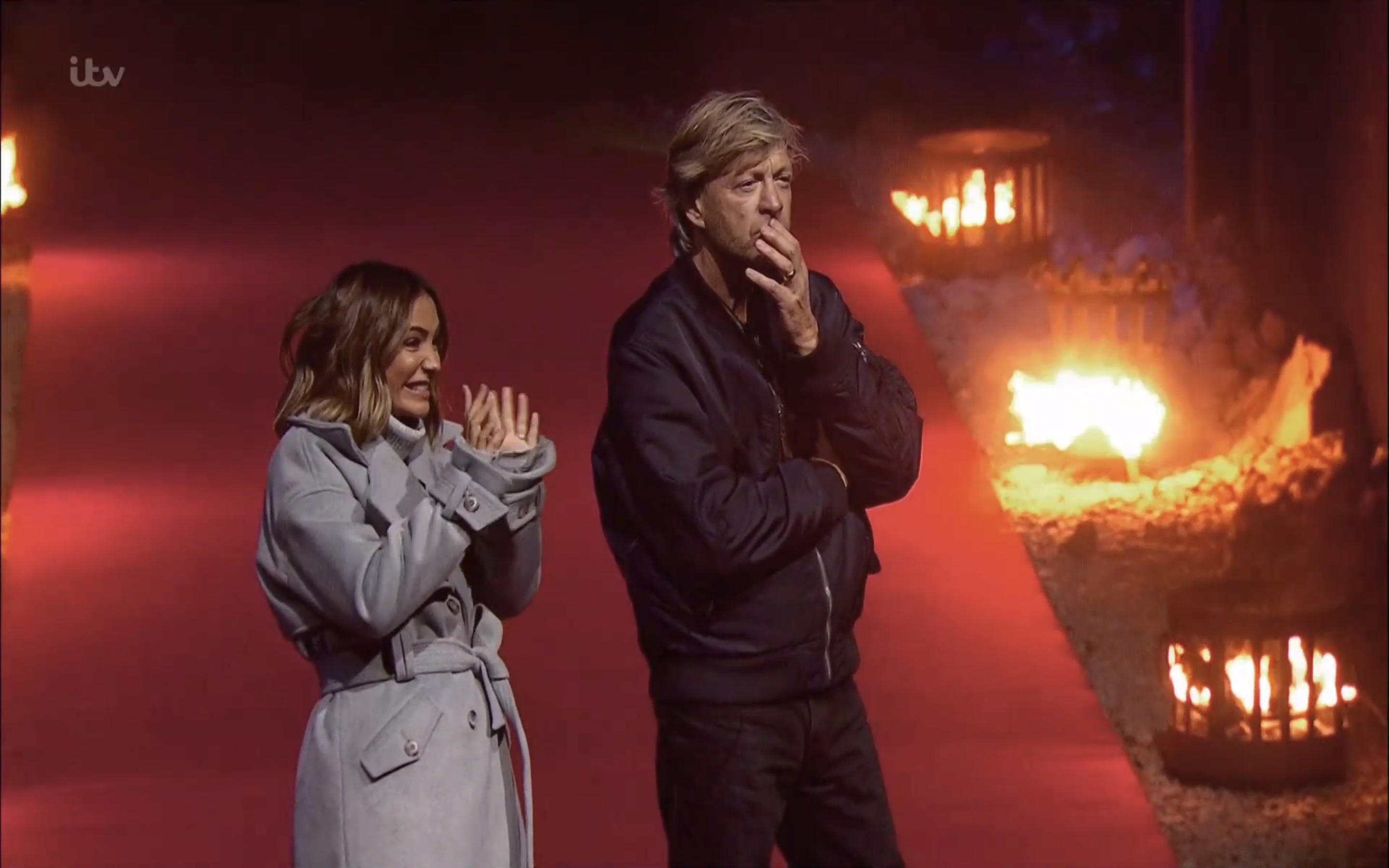 This role was handed to Louise on a platter by some of the other camp-mates thanks to a mix of her body language signals of bravery and her trait of supportive behaviours and tactile signalling.

The way she stood on the plank-walk with her hands on her hips and her elbows splayed signalled contagious courage that the others could feed on and her unflinching eye on the changing lights showed she’d be the one to ensure her gang got food and a warm bed that night.

Soon the others were all clinging to her like a tribe of lost kids. She was nurturing to the others while she was under pressure herself and the way her huge hugs involved small rubbing gestures of reassurance tapped into the need for parental protection that the surge of fear was creating in them all.

Maternal roles can be risky in IMAC if they start to involve giving orders or taking over, but Louise seemed to know when to stand back and watch Kadeena take over the cooking on their first night. 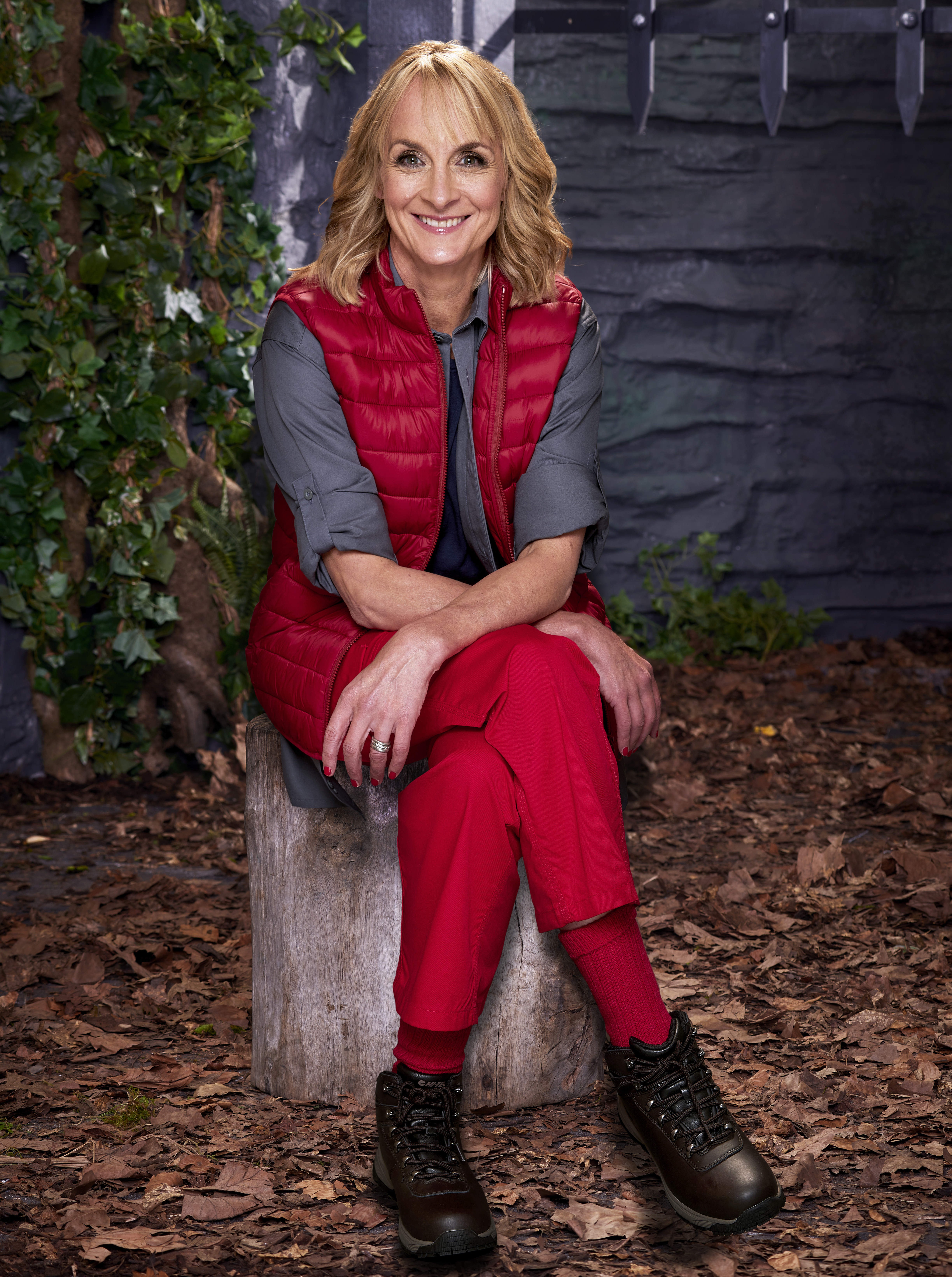 Richard Madeley clearly felt he was made for this role, channelling ‘grown-up boy scout’ from the moment he arrived, using an exaggerated intentional gesture to shake Frankie’s hand rather than a hug and then adopting a folded arm and leg splay that signalled a sense of parental status.

Richard was clearly planning to be the fun but a responsible adult at the kids' party, organising it all with a sense of serious deliberation in the face of potential chaos.

Sadly for Richard though he was dealt a treble blow to the parental ego early in the competition.

Not only did Frankie get picked over him as a potential task-winner, she then beat him hollow in the first task and he lost any remaining parent points when he failed to light the fire and David Ginola came up to take over and get a blaze going via what looked like some superpower spark from his bare fingers.

Fire means power and leadership when you’re back to basics and that moment was a turning point in the dynamics and it will take a lot for Richard to fight back.

He’s already being ignored as the others cluster around Ginola in awe and it should be fun watching him try to claw his way to the top ‘dad’ spot over a living breathing super-legend. 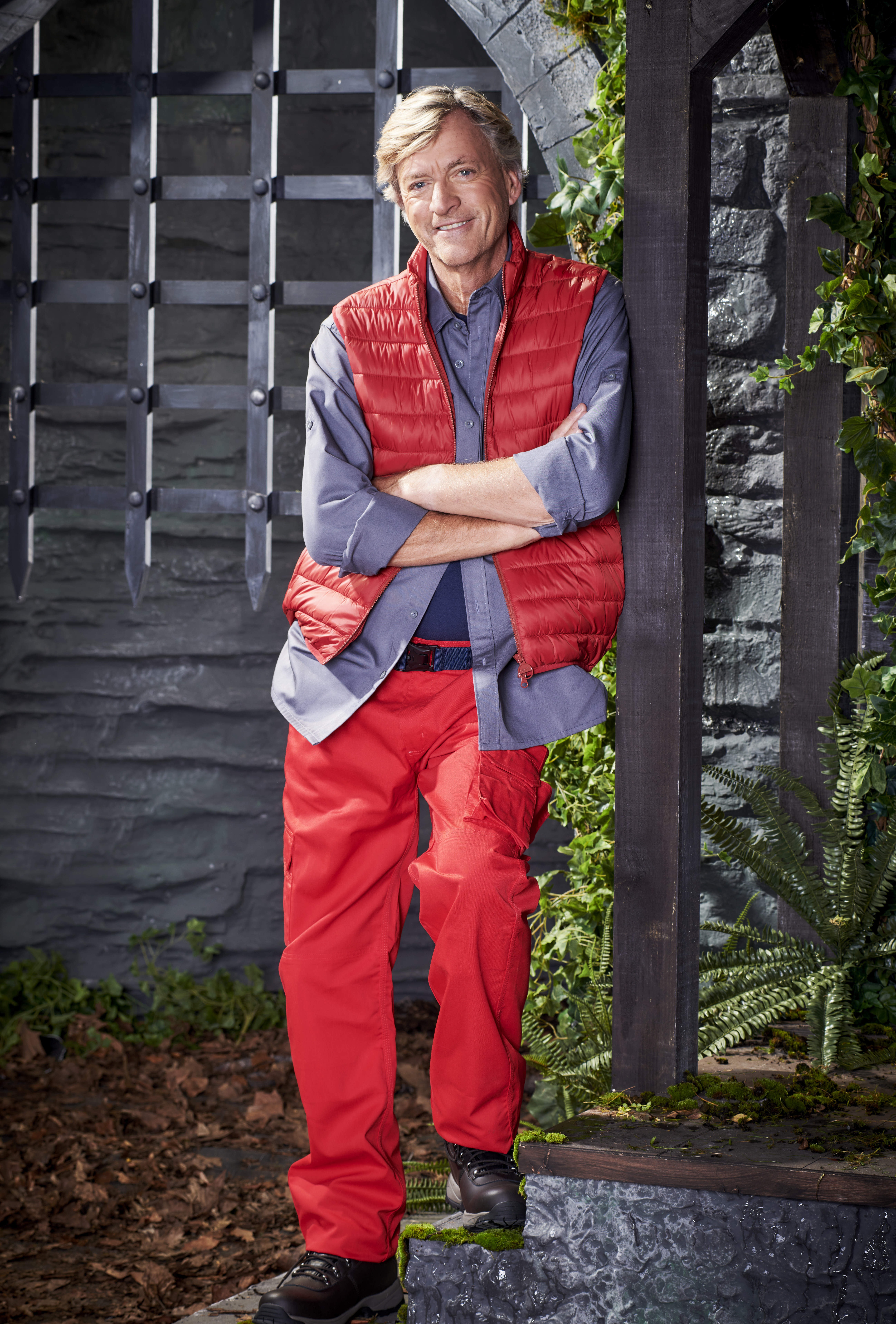 It has to be David at present, mainly because he just can’t help being heroic. He’s totally cool and laid-back.

His posture as he walked into the competition made it look as though he was walking out at Wembley and he’ll probably still look like he’s in some ad for Chanel cologne long after the others are looking wretched.

His size and his charisma make him a natural alpha presence and the way he was helping Arlene through the forest suggested he’s got a capacity for kindness, although a stronger trait might be his competitive one.

The way Naughty Boy was clinging to his arm gazing up at him by the end of the show was evidence of his presence.

If he’s vulnerable at all it will only be his own goal. How long will a superhero want to be hanging around a draughty castle eating basic rations?

Large physical alphas do tend to run out of energy quickly in IMAC as soon as the calorie count drops. 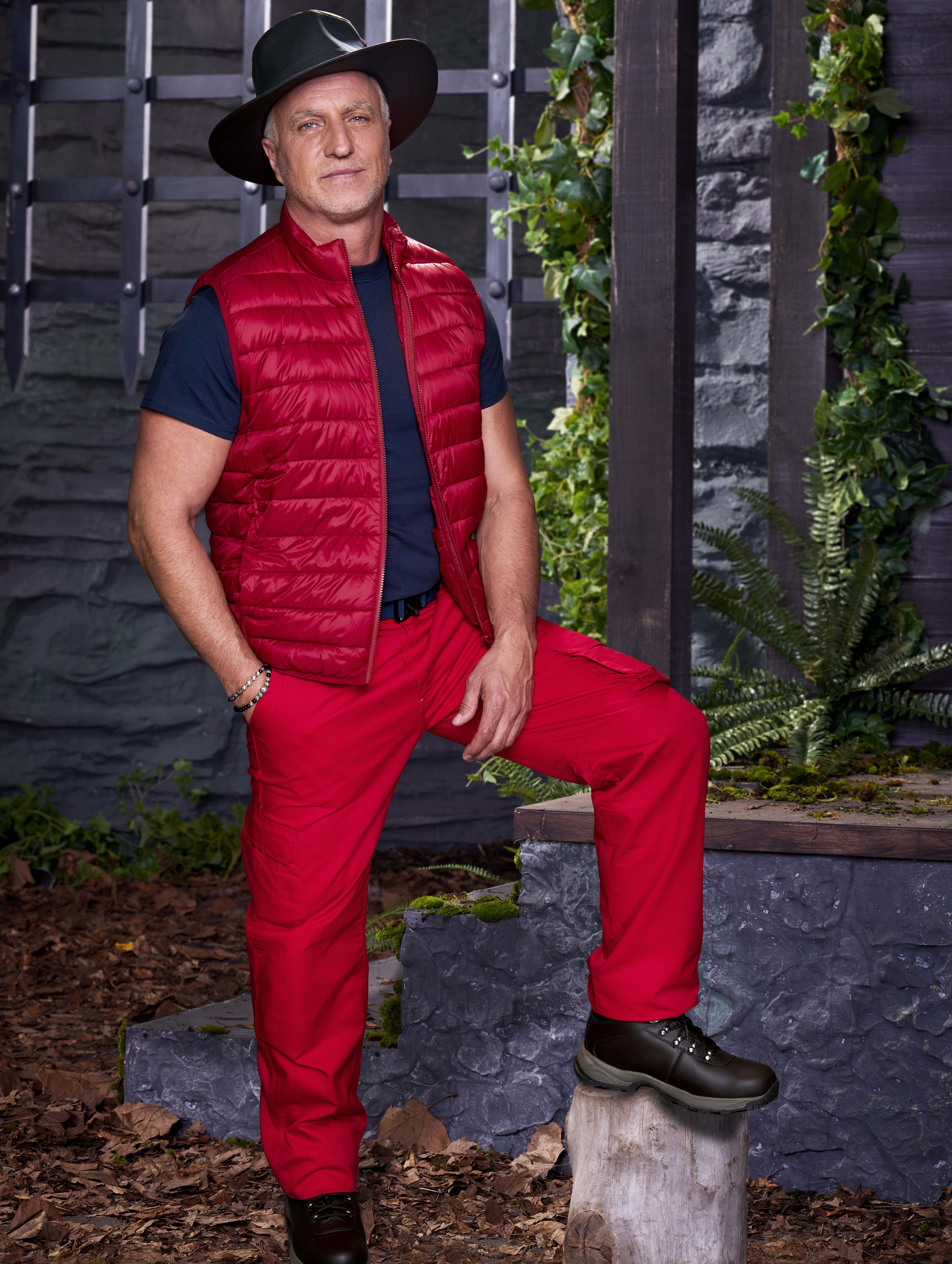 THE LEAST SMART ONE? – Danny

Danny is either exceptionally cunning or amazingly naïve.

Otherwise, why point out that you tend to be squeamish and then look shocked that you get voted first up to get gnawing on sheep’s testicles?

And why say you’re frightened of everything unless you want to be voted for each task? His fear signals look congruent enough though, suggesting naivete.

Danny was the first to grab the sick bag on the copter and has been seen talking to himself in fear with his hands covering his mouth.

He’s already done a praying hands gesture and wide, pleading eyes and his walk-in to the castle involved his hands stuffed into his pockets and his shoulders low and hunched to suggest genuine fear.

Danny started all smiles, planning to show the real him rather than his dour, moody, tearful and aggressive character in Emmerdale, but by the end of this first episode, his body language had gone pure Aaron Dingle already, complete with tearful eyes and eye-rubbing plus some baleful stares around the set.

Great TV but maybe not in the way he’d planned. 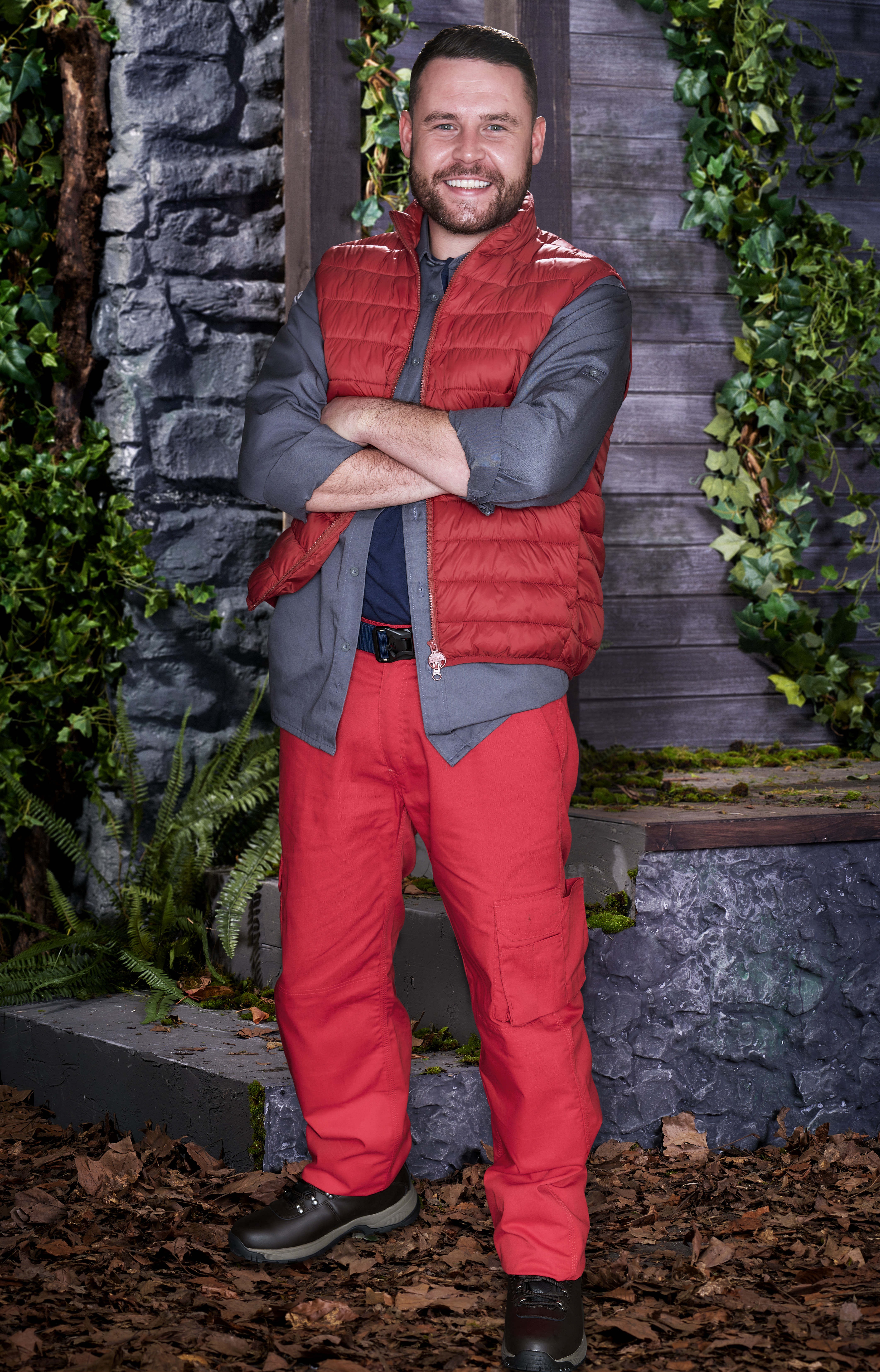 THE MOST ENTERTAINING ‘REBELLIOUS’ ONE – Snoochie

Snoochie threw the word ‘vagina’ into her first sentence followed by three references to ‘poo’ and one ‘bum’.

She’ll clearly provide some of the shocks then and could be fiery if pushed but her body language also suggests deeper traits of empathy and caring too.

She knew exactly how to help motivate Naughty on the plank even though they were rivals and she arrived with her arm linked into Louise’s to suggest an ability to build affectionate relationships quickly.

Snoochie adopted a long, powerful-looking stride as she arrived to suggest she will be brave and determined and it was interesting to see how she turned into interviewer mode when she chatted to Louise.

Celebs adore a good listener and the public love someone with a quick sense of humour. Not only entertaining then, but a potential winner. 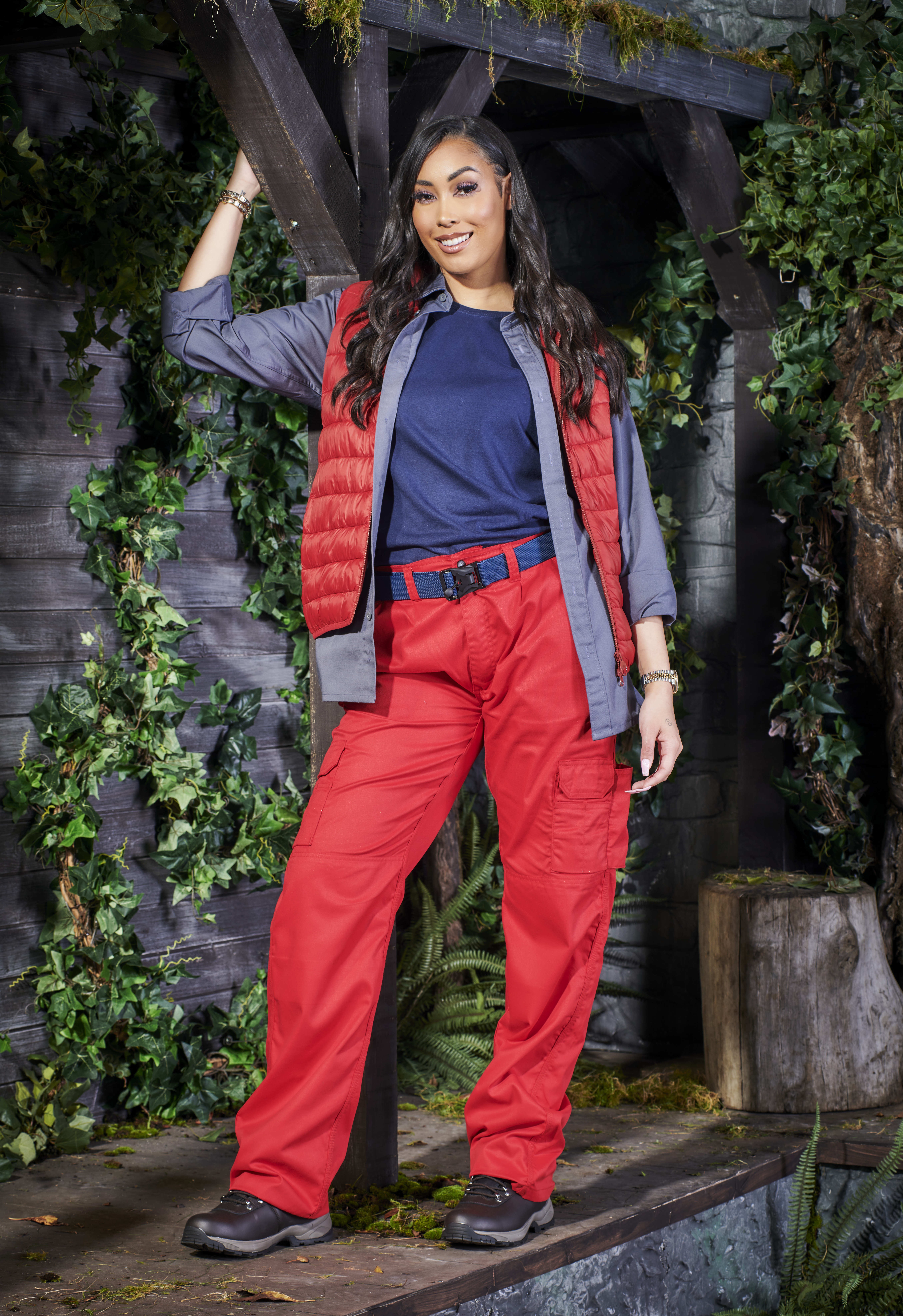 THE FIRST TO GET VOTED OFF? – Arlene

This should have nothing to do with popularity but everything to do with public kindness as I think very few viewers will enjoy watching Arlene suffering in that dank, freezing cold place where even the shower water is icy.

Arlene is totally determined and stoic and probably tougher than many in there, with her chin raised in defiance and a head-wobble of suppressed anger during her task to suggest you’d patronize her at your peril.

She’s already got David looking after her though which I’m sure she feels she doesn’t need.

She was the first contestant to show signals of anger and frustration during the snake task and I’d worry that despite her heroic stands against ageism the public might think otherwise. 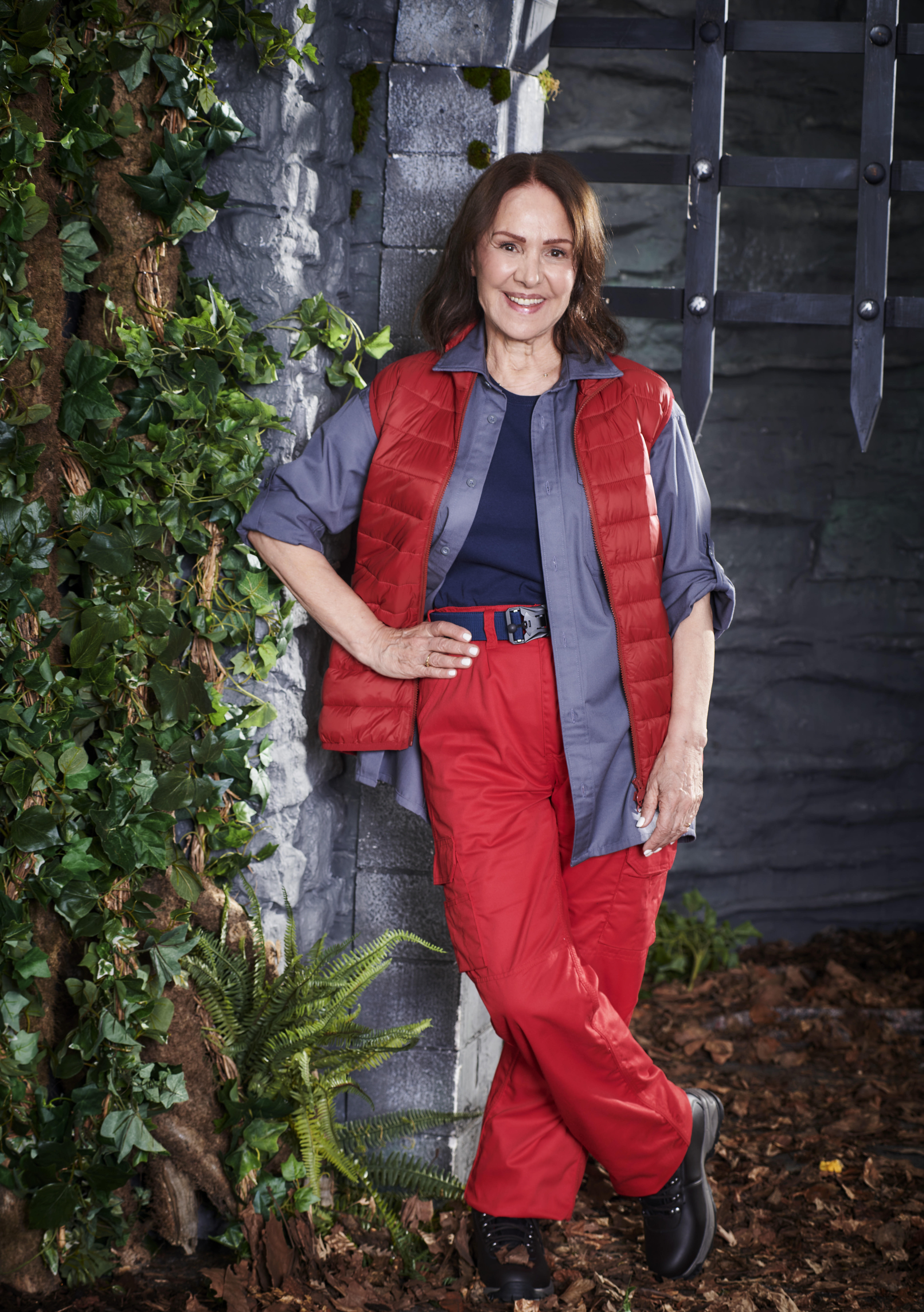 THE LOVEABLE ONE – Naughty Boy

Naughty Boy’s body language can make his name look totally apt but there are some strong body language signals from him that suggest he’s a softy at heart as well as a smart planner and thinker.

His expressions of utter fear looked authentic, with his lip-licking suggesting adrenaline and his praying hands and leg-pump gestures in the copter showing he really was feeling it.

He’s clearly done a lot of planning though, whether it’s the self-talk that got him to ‘man up’ after he stalled on the plank or the spices stuffed in his socks that his mum thought would help the rice go down.

He’s not a natural at roughing it but he could surprise the viewers, while his massive needy hugs bring out the parental side in the other campmates. 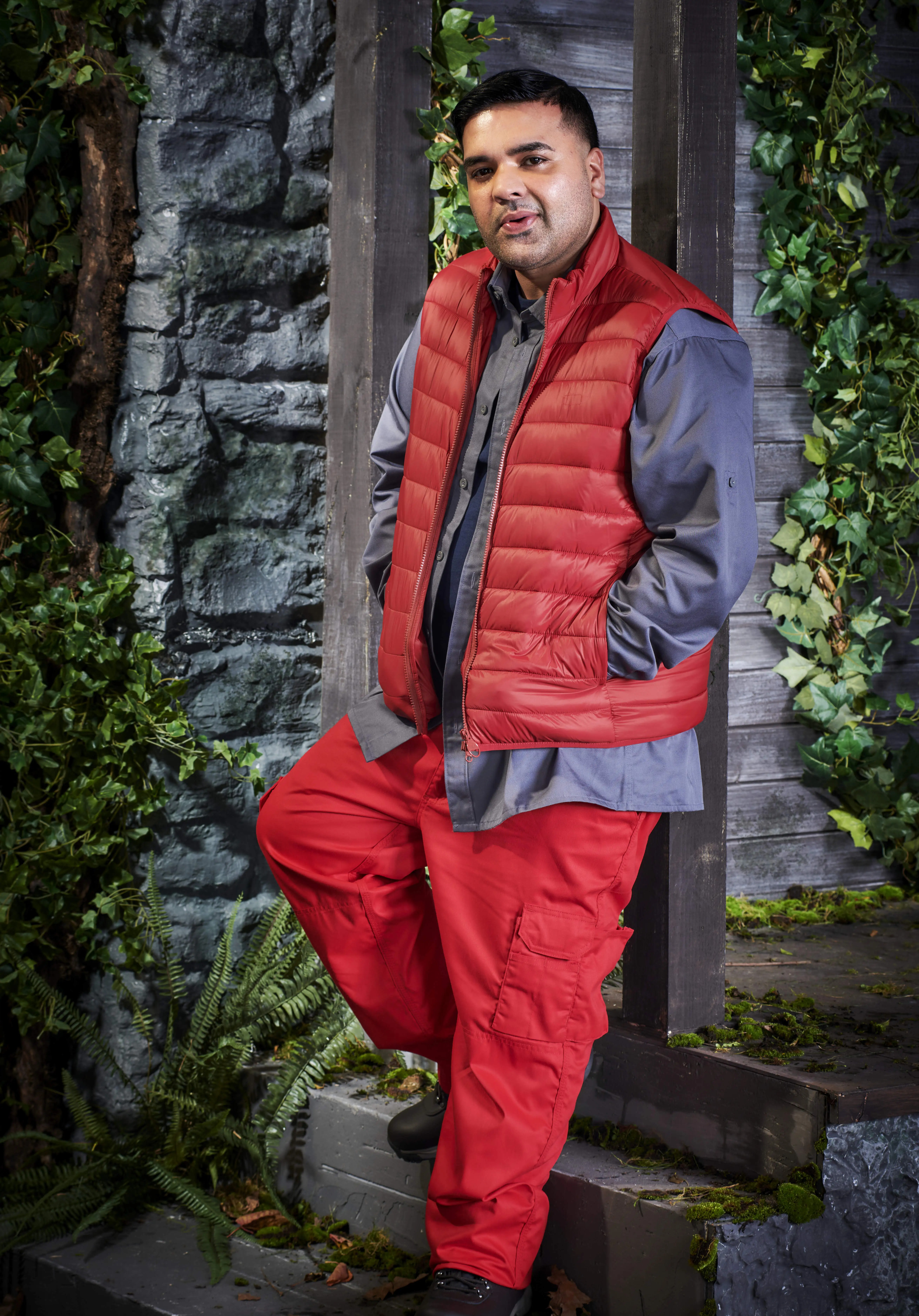 Matty is someone who might not stand out yet among all the strong celebrity characters and competitive alphas but he’s a guy with a gold medal and his body language of calm, upbeat determination could help him to quiet success.

He can look coy with his downward glances as he speaks, but his flashes of steelier determination during the snake task suggested you’d want him on any winning team. 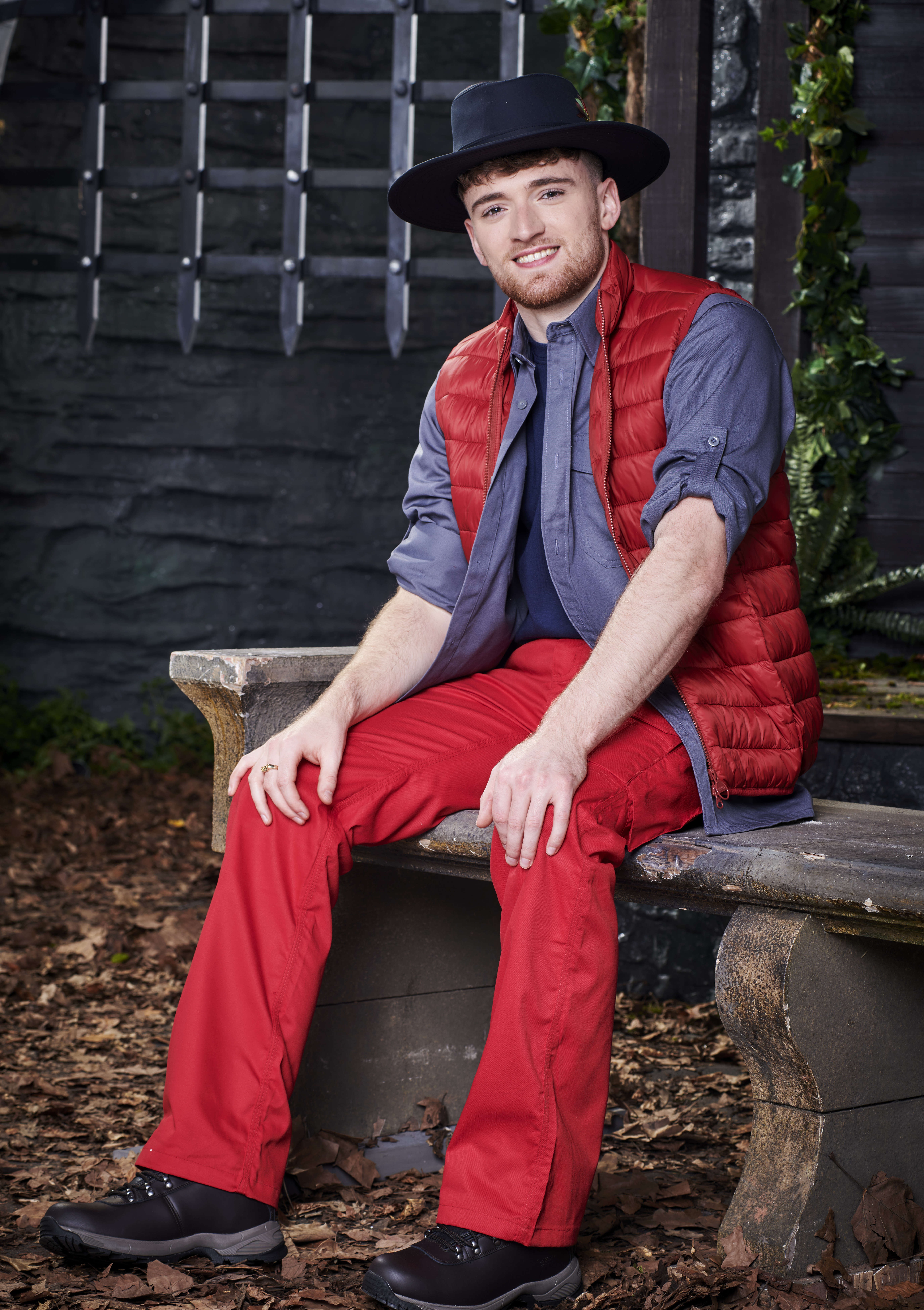 Kadeena has already more than proved her heroic status in life but her appearance on the show suggests she’s seeking more challenges to push herself.

She performed a long tongue-poke ritual at the start that suggested really high levels of anxiety about the things she’d be put through and we shouldn’t underestimate her disgust for some of the snakes and critters.

But the length of her stride and the determined energy of her walk showed she’s still set her heart on a win.

Watching her in close-up you can see the fear initially appear in her eyes but you can also see how she uses mental resolve to deal with it like a true Olympian and the next eye expression will be a switch to focused courage. 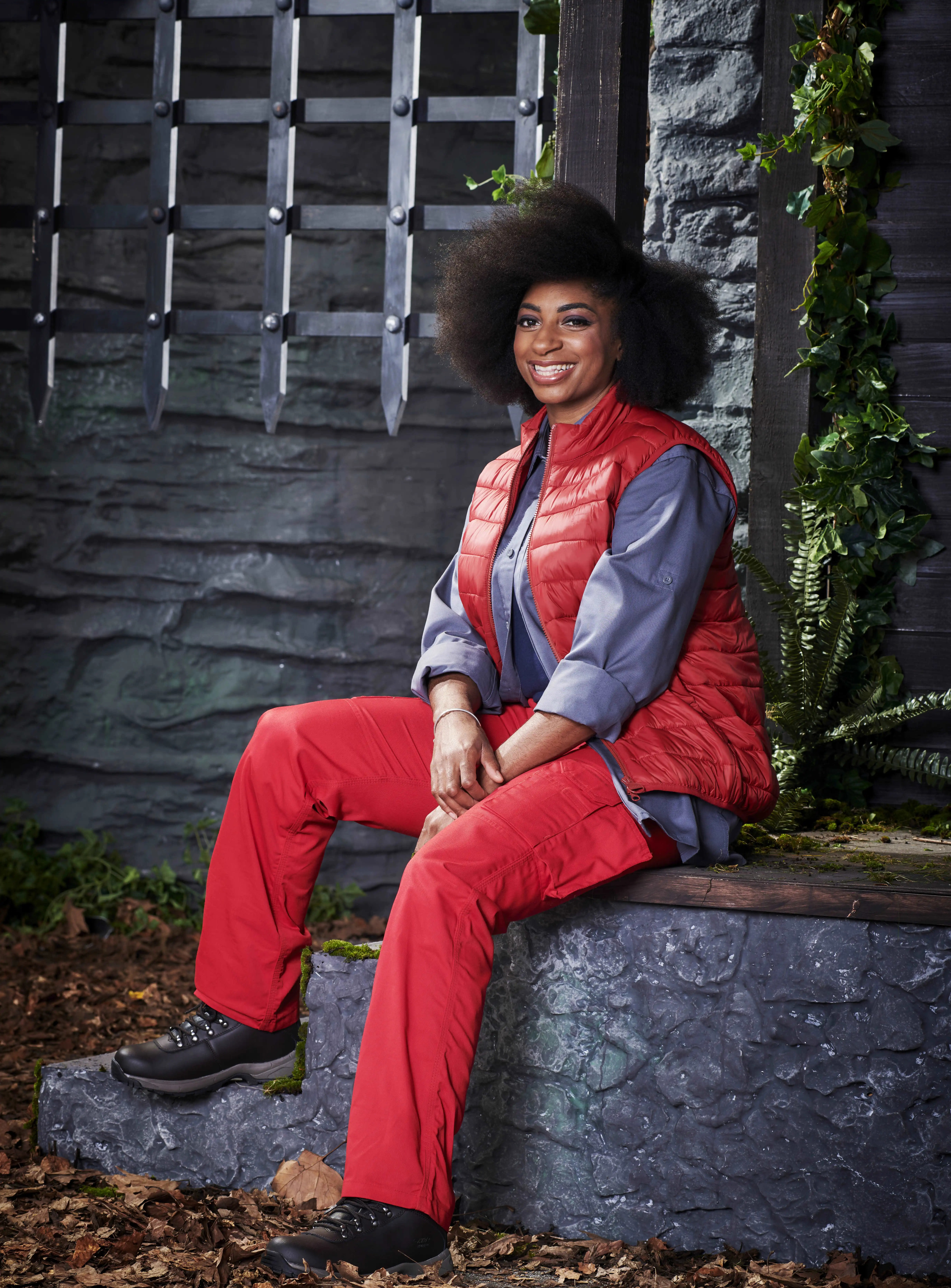 In other news…I work in a supermarket, there are 3 types of rude customers we ALWAYS see & yes, we know you hate the self-service till

And…I work in a supermarket and all customers say the same stupid thing at the checkout – along with other annoying things.