It’s been a while since Evil fans have seen George in all his sarcastic glory take center stage, but he’s proudly narrating the TV show from the sidelines. As a demon, he’s given Kristen Bouchard and the audience quite a fright — and some laughs — but the show’s demonstrated there are other monsters afoot. Serial killers and corporate giants have sinister agendas, and Leland has his own diabolical qualities. But Kristen’s mama is racking up the points for being somewhat awful too, and it’s getting worse in season 2. Let us count the ways. 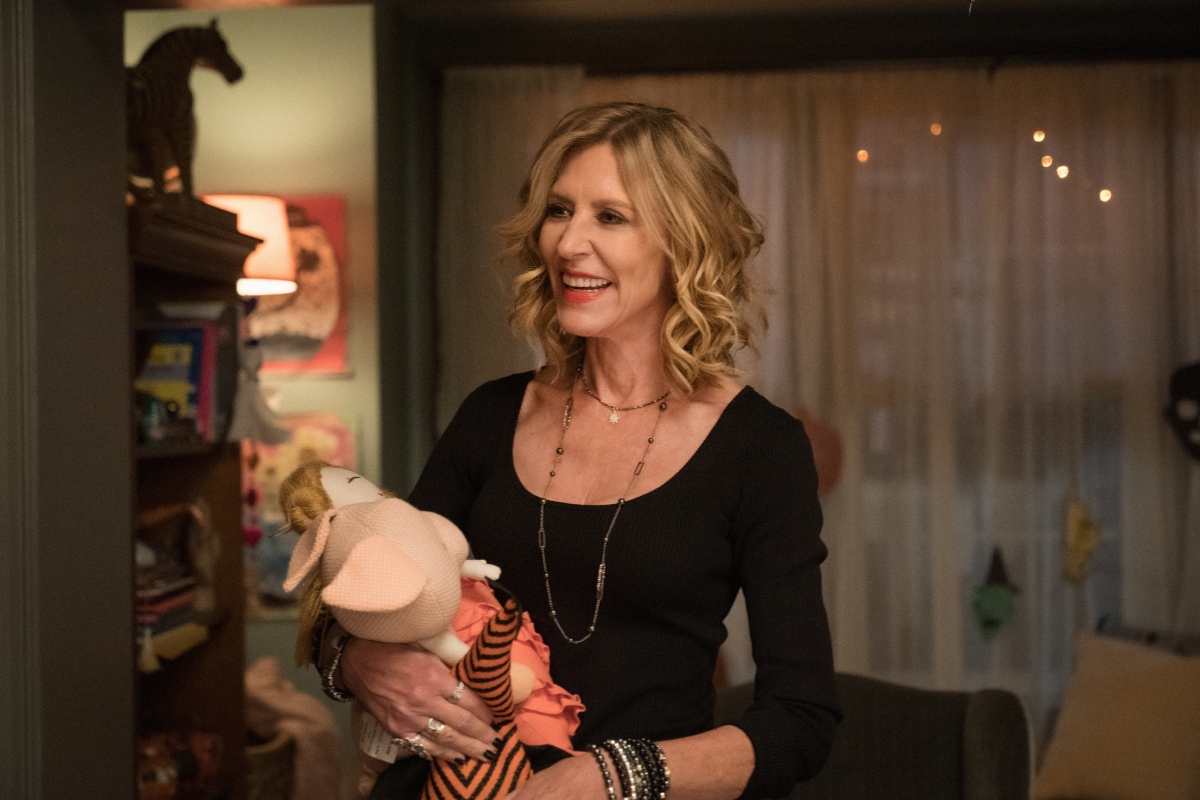 Not one to put family before her new boyfriend, Glam-Ma refused to take Kristen’s word for it when she told her that Leland Townsend is bad news. She pushed to bring him around and insisted that Kristen was the problem.

To make things worse, she taught Lexi how to hit someone with a rock and then denied it. She also gave Leland’s “gifts” to the girls without her daughter’s knowledge, exposing them to his demonic schemes. She’s sneaky, a liar, and incredibly selfish. Though viewers haven’t seen any lengthy flashbacks of Kristen’s childhood, it makes one question Sheryl’s parenting — and grandparenting — skills.

“Leland is not a good person” should have been enough when Kristen said it, but it took him belittling Sheryl for her to see any inkling of his ugly nature. And yet, she went back for more even after he broke up with her.

Eager to mend the toxic relationship with Leland, Sheryl gave in to another of his chaotic whims by gaming Kristen’s therapist, Dr. Boggs (so it seems). She made up a fake name and backstory and then used his advice to reinsert herself back into Kristen’s life. But she dragged one of the kids into it again — with a lie. It’s getting old.

When Dr. Boggs put two and two together, he tried to sever his patient-doctor relationship with Sheryl, but she groveled on her knees. It was cringey and inappropriate, but he said he plans to refer her to someone else. Who knows? At this point, he didn’t even mention it to Kristen, and neither did Sheryl.

And for the latest, Sheryl’s worshipping a doll in Leland’s image

There is nothing inherently wrong with Sheryl’s new spiritual practices, but that creepy doll she has on her makeshift altar looks suspiciously like Leland. Who encouraged her to pray to him? And why was she trying to force Lexi to get into it? Ugh.

Because Sheryl’s so impressionable and easily swayed by Leland’s wicked charms, this feels like another way for him to infiltrate Kristen’s household. He’s done it before with those gifts, and we’re pretty sure he knows Ben is watching him through the computer.

With that in mind, Sheryl is undoubtedly conjuring up more trouble for Kristen, her family, and possibly others in her orbit. The sad part is she probably doesn’t see anything wrong with what’s she doing, even if it’s in secret. Will David and Ben intervene? Will Sheryl’s wild ways cost Kristen? Watch Evil on Paramount+ each Sunday to find out.

Tags: TV, TV shows
You may also like
Recent Posts