Home
TV and Movies
Escape to the Country presenter apologises for house hunt failure ‘So sorry!’

Escape to the Country: Couple view a bungalow

Alistair Appleton was helping a family from Epping, Essex find a new home in Shropshire during today’s episode of Escape to the Country. Potential buyers Audrey and Ian were looking for a detached property with a good ceiling height and a large kitchen, as well as three bedrooms and a large garden all for £375,000 or less. But, unfortunately, the presenter was not able to find them their dream home and was left “crestfallen” when the couple couldn’t crunch the numbers to buy Mystery House.

The first house they views was a semi-detached property in the village of Culmington and parts of it dated back to 1750.

It was originally two cottages and was turned into a single property by adding a central section, which is where Alistair started the tour.

Inside, the couple were surprised by the amount of space each room offered and how high the ceilings were considering the age of the house.

“There’s not enough workspace in here for me,” Audrey explained. “This is the issue I have with our kitchen at the moment.”

There was a utility room, downstairs bathroom, two large reception rooms and a separate studio space that could be reached from the garden.

Upstairs there were three double bedrooms and an ensuite for the master and a family bathroom. 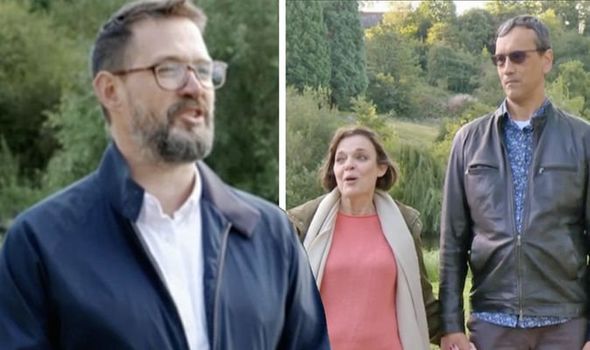 Outside, there was garage parking which was at street level and most of the plot was raised and was at the front and side of the property.

“The garden is a bit on the small side for my liking,” Ian said but his wife added: “I think the garden is really lovely, but for me it [the size] isn’t really an issue.”

House number two was located in Cross Houses which was about four miles south of Shrewsbury.

“We’re very out in the countryside now,” Alistair explained as they approached the property. “We are on a working farm, so these are farm buildings, four dwellings made out of Victorian farm buildings, again, I’m sorry it’s not detached.”

Luckily, Audrey and Ian “loved” barn conversions and were eager to take a look inside.

“This is a very simple layout,” the presenter said. “You’ve got the sitting room then the kitchen-diner at the other end [of the house]. And the doors go out into the garden. What are your first impressions?” 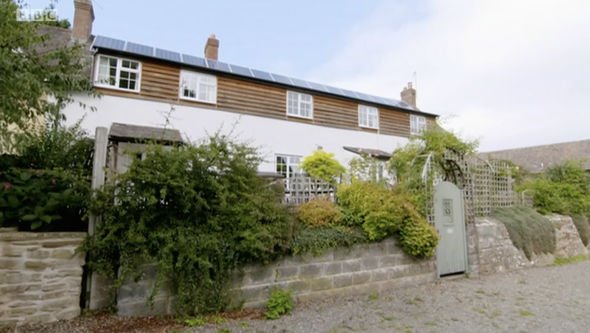 “Very nice, lots of space above my head,” six foot nine Ian commented. “So far so good, quite a high-end finish.”

Oak floors led the couple into the kitchen diner and Alistair was getting “close” with the amount of work surface they were wanting.

“I really like it,” Audrey said. “It’s a nice space for entertaining and it’s very light.”

Upstairs there were three bedrooms and Alistair let the couple go and “explore” on their own without him “nagging” them while he sat outside and enjoyed the tranquil space.

“Ian’s a little bit more cagey,” the presenter commented. “And I wonder what he will think about his domain out here in the garden – there’s quite a lot of land, so maybe he can plant his trees after all?’

At the front of the property was a gravelled forecourt, a side gate led to a generous garden with mature shrubs and bushes, a paved patio area and a small wooden summerhouse were also included. 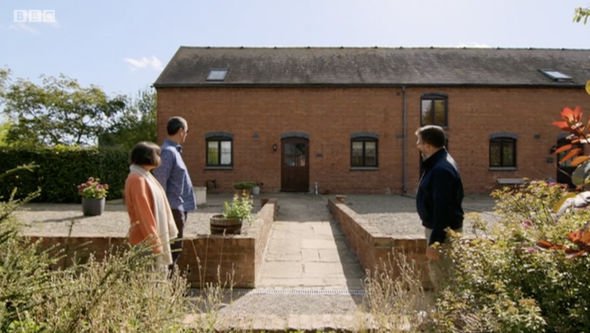 The Mystery House was based in Orleton village, just over the border in Herefordshire and was a bungalow.

“First, rather unusually, I want to show you the garden, because I’ve been so disappointing to you so far,” Alistair said and led them around the back of the property.

It was a quarter of an acre and the couple were impressed: “Definitely got a ‘wow’ to it,” Ian exclaimed. “The garden is lovely, it’s got everything which I could want.”

The current owners had extended the home to the side and rear and Alistair was hoping the kitchen would impress Audrey as much as the garden won over Ian.

“I like it, it’s nice,” she commented when she stepped into her domain. “It’s a lovely finish, just looking at work surfaces and cupboard space, I think there’s enough.” 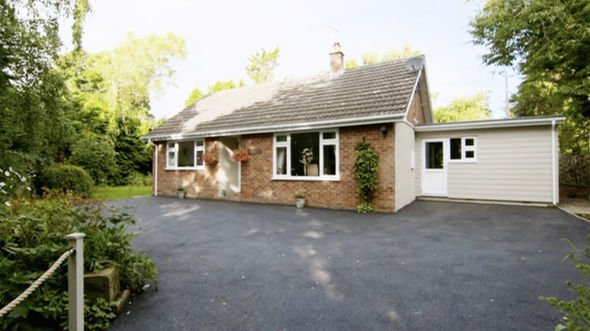 There was a utility room next door to the kitchen and four square rooms in which you could “move around”.

Elsewhere in the bungalow, there was three bedrooms, as well as the largest reception room and a family bathroom.

The price of the property was £399,950 and that was for offers in the region of.

“Everything about it is fantastic but it is just too high – too much above budget,” Audrey commented.

“I’m so sorry guys didn’t quite pull it out of the hat this time,” Alistair said. “Let’s talk things through.”

At the end of the episode, the presenter told those watching at home: “I think, that no matter how they crunch the numbers, Ian and Audrey are not going to make the Mystery House work for them which is very sad because they love, loved the village or Oleton. 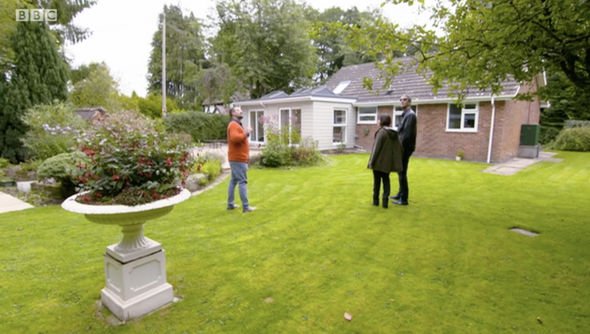 “Ian and Audrey, I feel a bit crestfallen – brokenhearted because we didn’t find you your dream property. I know you really need to move!”

“Yes, but what you have found us in an area that we would’ve never discovered,” Audrey said. “And we’re actually, this afternoon, going to view two properties in that area, literally two minutes from that Mystery House.”

She went onto say how “determined” they were to move from the South to the area.

“I really hope the market becomes your home!” Alistair concluded.

Escape to the Country airs weekdays at 3pm on BBC One.