Emmerdale announced Meena Jutla (played by Paige Sandhu) will take her first victim this summer and her actions are going to cause grief, despair and heartache for many residents. But, fans think there is going to be a twist in store as the manipulative character pins the blame on someone else and watches them take the downfall in a bid to hurt those who dared cross her. With Leanna Cavanagh (Mimi Slinger) potentially the victim, will Jacob Gallagher (Joe-Warren Plant) find himself framed for a murder he did not commit?

Next week, official soap spoilers reveal Meena offers to pay Jacob’s airfare if he wants to go travelling with Leanna as long as he keeps it a secret from David Metcalfe (Matthew Wolfenden).

Initially, Jacob plays along, but, after Maya Stepney (Louisa Clein), he can tell when he’s being manipulated.

Later that day, Meena wants to celebrate Jacob’s impending departure but the teenager is only too pleased to burst her bubble and expose the truth.

David’s oblivious as battle lines are drawn between his son and girlfriend, instead, he tries to keep the peace for an easy life.

But when Meena takes Jacob to one side and warns him not to make an enemy of her, he’s left seriously unnerved. 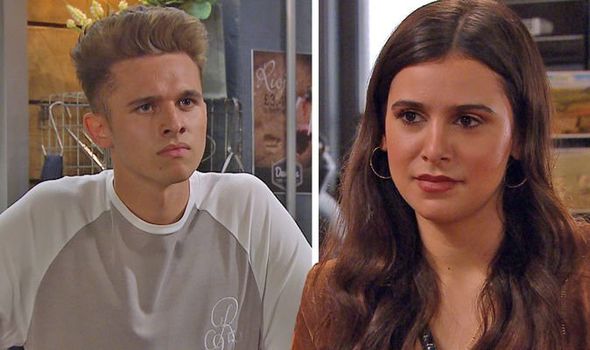 What will Meena do to get Jacob out of the way so she can have David all to herself?

Elsewhere, Manpreet Sharma (Rebecca Sarker) tells Liam Cavanagh (Johnny McPherson) she wants to give her old travelling rucksack to Leanna to take on her travels, unaware her sister has left some of her personal possessions hidden in it.

Emmerdale viewers will then see Meena panic when she can’t find the bag and she confronts Manpreet only to find out Leanna is now in position of it.

And it isn’t long before Meena is creeping around Liam and Leanna’s house hunting for the bag.

In her bedroom, Leanna is creeped out when Meena walks in and demands it back.

What is inside the bag that Meena wants it back so much? And how far will she  go to get her possessions back?

While Meena is causing trouble, David is getting closer to Victoria Sugden (Isobel Hodgins). 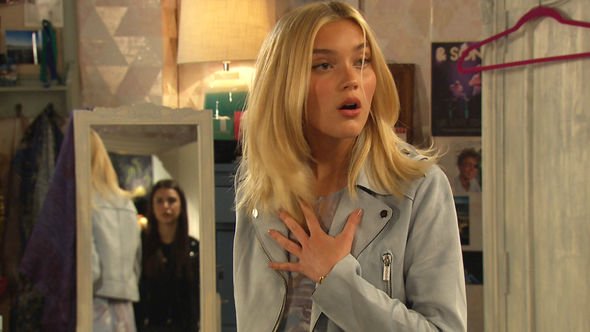 And it isn’t long before David and Victoria have arranged a date to look after their babies together.

Fans of the soap will see sparks start to fly between them as they enjoy each other’s company.

And later, caught up in their moment, David leans forward and kisses Victoria.

If Meena finds out, how far will she go to make sure no one goes near her man?

Many viewers think Meena is going to kill Jacob and frame, Leanna. 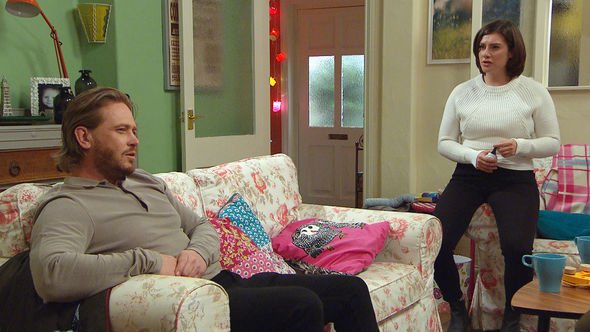 Taking to Twitter to discuss, one said: “I think it’s going to be Leanna, frame Jacob to get him away from David and then she’ll end up making David’s life hell and go after Vic at some point if Vic and David get close.”

“If her victim is based on the trailer i would assume its leanna? i cant see them kill off Vic or David, Gabby is pregnant and involved in the tate plot and Jacob has just returned if that trailer has nothing to do with it, could be anyone,” another mentioned.

Speaking about the new storyline, Emmerdale’s Producer, Kate Brooks said: “Meena has been a whirlwind since arriving in the village, scheming and manipulating people and situations to get what she wants and causing nothing but drama and unnecessary heartache in the process.

“Her seemingly caring facade belies her true persona; a woman with a murky past and no conscience. Meena’s lack of empathy is often perceived by those around her as little more than spoilt petulance, however, we soon learn the true extent of her narcissistic and amoral character.

“Malevolent Meena will wreak havoc in the village and once she has you in her sights, no one is safe from her devious and dangerous machinations.

“This storyline will see the viewers gripped as they realise that this is a woman who is capable of anything and everything.”

Paige, who plays Meena added: “It’s great to play a character that is on a completely different wavelength to everyone else, who always has a hidden agenda and will do anything to get what she wants.

“Her lack of empathy and her playfulness make her a very exciting character. She’s the strangest character I’ve played for sure, but also the most fun.”

Emmerdale is available to watch on the ITV Hub now or tonight at 7pm on ITV.