Home
TV and Movies
Emmerdale spoilers: Will Taylor arrested as history with Harriet repeats itself?

Emmerdale viewers have seen Harriet Finch (played by Katherine Dow Blyton) embark on an affair with dodgy copper, DI Malone (Mark Womack), in recent episodes whilst her boyfriend Will Taylor (Dean Andrews) has desperately tried to repair things after finding himself in grave danger. With Malone believing he’s got the vicar to betray her boyfriend, could she end up getting Will arrested in a bigger ploy to take her secret lover down?

Harriet and Will have had a turbulent relationship over the years as it emerged the pair were partners in a former life.

Will has a dark past as part of a drugs gang which Harriet was tasked with bringing down whilst she worked as an undercover cop.

Harriet embarked on a fake relationship with Will in order to try and get him on her side.

She eventually ended up falling for Will but everything ended in tears when he was arrested after the gang was convicted. 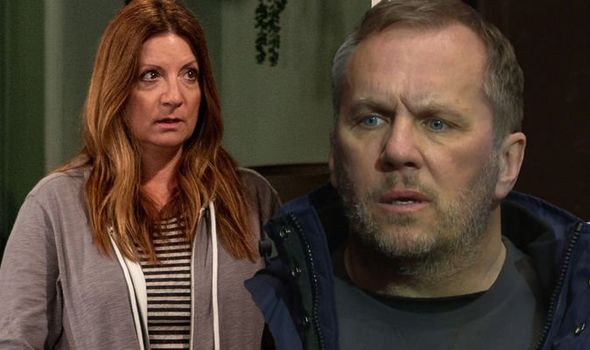 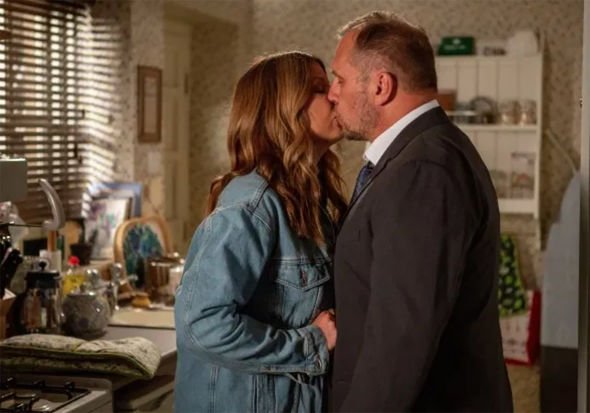 Years later, Will arrived in Emmerdale to try and get his revenge on Harriet for tricking him but there was another twist in store.

The pair ended up rekindling their romance and have since been taking steps to try and settle down in the village together.

Will insisted he had left his life of crime before him but when his grandson Lucas found a gun hiding in his cupboard, it became clear this was not completely the case.

Although Will promised he only had the weapon for self-defence, a blast from the past soon changed things in the form of DI Malone. 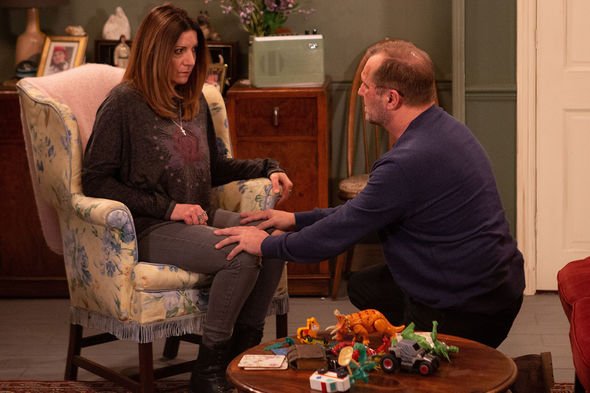 Malone was the cop who ran the gang Will was a member of, which Harriet is not yet aware of.

With Malone having a past with both Will and Harriet, ITV viewers were left wondering what had gone on between the policeman and the latter.

It emerged last week the bent copper ended up falling for Harriet and had even left his wife for her but it became too much for her to handle.

She ended up leaving the force after her colleagues began to spread rumours about her love life but it seems their illicit romance is back on.

However, their flirtations began again last week and the duo ended up hooking up at Harriet’s workplace, where they were nearly rumbled by Will’s daughter Dawn (Olivia Bromley).

Dawn has been trying to get her life back on track in recent months and was finally given custody of her young son Lucas earlier this year.

She has struggled to get Lucas to settle into his new life and Harriet has been a good source of advice in recent months.

With Will’s behaviour getting out of control, things took a turn when he was badly beaten up earlier this month but he has since made an effort to try and make amends with his partner and daughter.

In upcoming episodes, Will ends up proposing to Harriet after she has stuck with him through his dodgy dealings.

He will bare his soul to the vicar and she decides to accept, despite the fact she has been cheating on him in the last few episodes.

However, with Harriet acting more suspicious than ever, could it be a sign she has returned to the force and is working undercover again?

Viewers are desperate to see Malone get his comeuppance but in order for this to happen, Harriet may have to remain on his side and convince him she is working in his favour.

Could she end up getting Will arrested as history repeats itself in a longer-term ploy to see Malone taken down for good?

Emmerdale airs Mondays, Wednesdays and Fridays at 7pm on ITV