Dan Spencer (played by Liam Fox) was rushed to hospital after eating lunch from Brenda Walker (Lesley Dunlop), which unbeknownst to him contained a salad dressing made from almond milk, which he is allergic to. He was put into a coma and later had to have surgery, but he has been confined to a wheelchair. In upcoming scenes, Amelia Spencer’s (Daisy Campbell) frustration at not being able to help her father will hit a boiling point and she will take action to get revenge on Brenda. But, will she be taken away from Dan on Emmerdale?

Dan was allowed home from hospital earlier this month after his harrowing ordeal which left him partially paralysed and in a wheelchair. [If this is the case?]

Mandy Dingle (Lisa Riley) went on a one-woman crusade to bring Brenda down in the hopes of getting justice for Dan.

Since then, Mandy Dingle (Lisa Riley) has been trying to get Brenda to face the consequences of what she did.

As viewers will remember, when Mandy came looking for justice, Eric Pollard (Chris Chittell) told Brenda to throw away the evidence which would prove she was at fault. 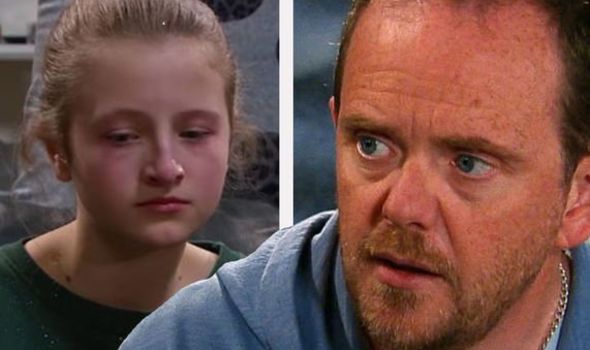 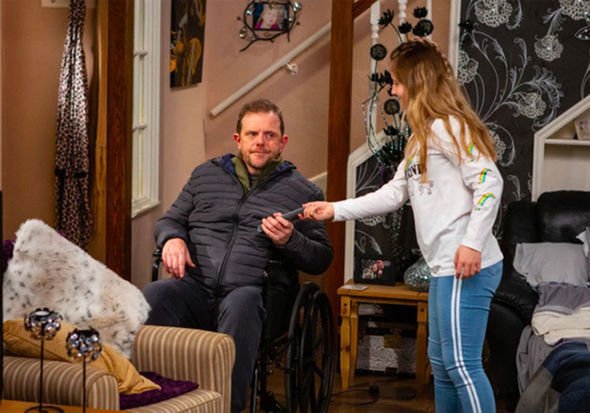 Dan returned home and despite him protesting he was able to live his life as normal with the wheelchair, it quickly became apparent he would need a lot of help.

He thought he could still go about his daily routine as he did before the accident and Dan attempted to make a basic meal in the kitchen.

He was left crying in pain after getting a nasty burn from the cooker but demanded Kerry (Laura Norton) and Amelia to leave him to it, insisting he could cope.

The young girl was heartbroken that her dad wouldn’t accept her help and has been struggling ever since. 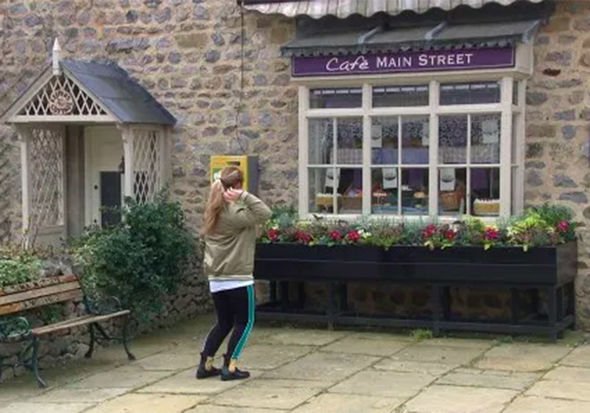 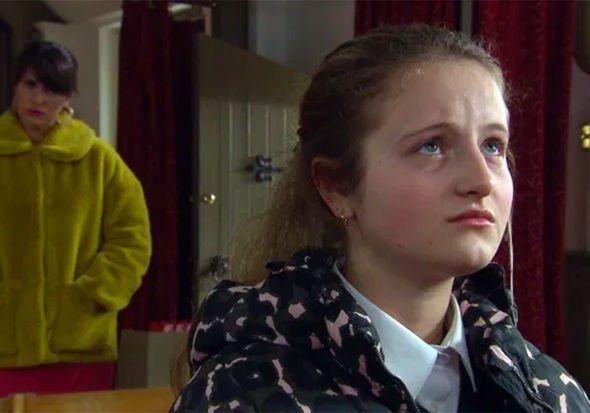 Over the last couple of weeks, Amelia has been bad-mouthing Brenda at every opportunity.

Dan has been growing more concerned as he has continued to ask her to forget about it.

In upcoming scenes, Amelia is going to take matters into her own hands and take revenge on Brenda for what she did to her dad.

Amelia will egg the cafe to get back at the woman refusing to take responsibility.

Brenda and Eric will be horrified when they find out what has happened, but if Dan can’t get Amelia back on track, what does the future hold for the young girl?

Could she have to leave her family home for good if Dan fails to look after his daughter properly?

Amelia will claim she never threw the eggs and maintain her innocence in front of Kerry.

The truth will come to light though when Kerry overhears Amelia in the church, confessing to God that she carried out the attack on the cafe.

Kerry will be so disappointed in the young girl but will she force her to own up to her wrongdoings? Will she be forced to leave the village if her behaviour continues to spiral?

Elsewhere in the village, Wendy Posner (Susan Cookson) has got herself into a bit of bother after a love letter she wrote to Bob Hope (Tony Audenshaw) found its way into the wrong hands.

This is just the beginning of their story as they continue to miscommunicate their feelings for each other, constantly getting the wrong end of the stick.

In upcoming scenes, Bob will try to help the grieving mother who is still trying to come to terms with the idea that her son Lee Posner (Kris Mochrie) who is now dead, was also a rapist.

But, as the two get closer once again, will Bob go too far trying to talk about Wendy’s past or will they finally get it together?

Emmerdale airs on ITV Mondays, Wednesdays and Fridays at 7pm.