EastEnders viewers cheered when Ruby Allen (played by Louisa Lytton) finally ended her dwindling romance with Max Branning (Jake Wood) after her flirtations with Martin Fowler (James Bye) continued to intensify. Now, with sparks flying between the pair, it looks like they might seal the deal – but will they leave Stacey Fowler (Lacey Turner) devastated upon her return if they pursue things with each other?

Stacey fled the Square with Martin and the pair’s young children last summer after the feisty mum whacked Phil Mitchell (Steve McFadden) over the head.

Phil remained unaware of Stacey’s crime and believed it was Kat Slater (Jessie Wallace) who had delivered the blow to the head.

However, due to Ben Mitchell’s (Max Bowden) threats, Stacey and Martin decided they needed to leave Walford behind.

This all changed last autumn when Martin decided to make a shock return in order to try and repair things to allow for his family’s return. 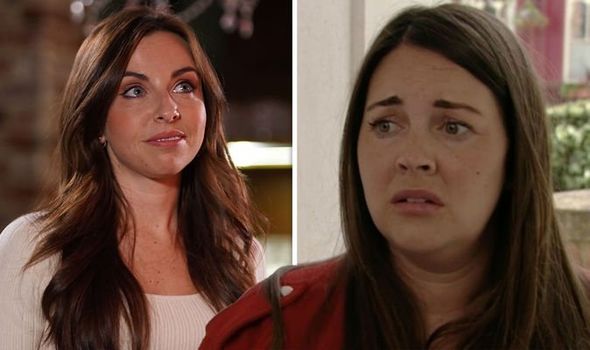 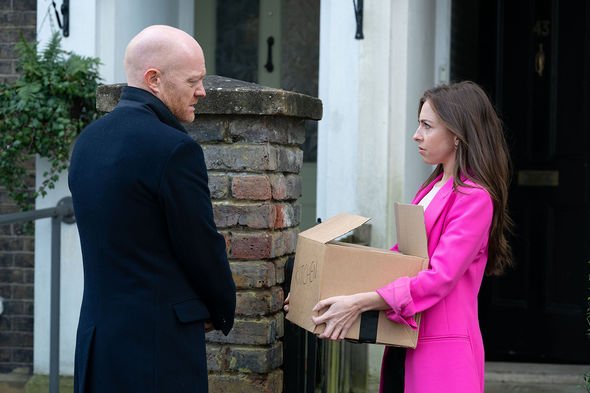 His efforts didn’t pay off as quickly as he hoped and he repeatedly had to up his attempts to keep Stacey away from Walford.

One such idea which badly backfired was when Martin told his wife he had slept with his ex, Sonia Fowler (Natalie Cassidy).

BBC viewers know this was another of Martin’s questionable ploys to make sure Stacey stayed out of harm’s way.

However, she believed he was telling the truth and she was left heartbroken, leading to unexpected consequences for Martin. 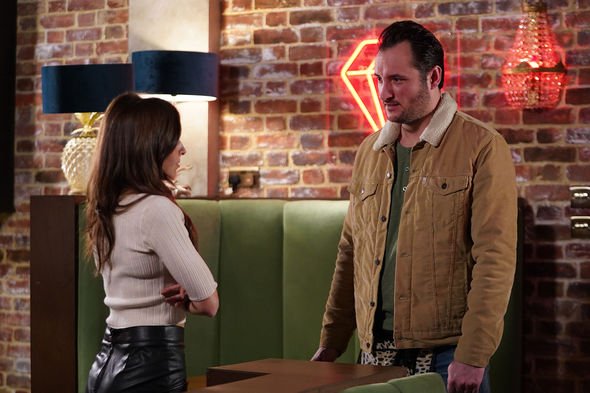 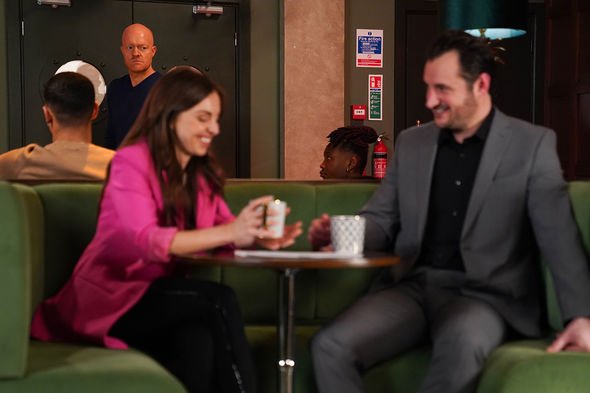 He was left devastated weeks later when it emerged Stacey had moved on with new boyfriend, Jerome (Chris Charles).

With it looking to be curtains for Martin and Stacey’s marriage, the latter briefly rekindled his romance with Sonia before moving onto an unexpected face.

Stacey’s best friend, Ruby, had been with Max for a few months but it was clear she was beginning to become bored with the relationship.

She was taken aback when Max proposed and informed him she wasn’t sure if she ever wanted to get married, casting doubt on their future.

Ruby explained how she wanted to be in a more open relationship and was interested in seeing other people, which Max wasn’t happy with.

He reluctantly accepted the idea but was left furious when he discovered she had slept with Martin.

The pair had opened up to each other about their various issues and ended up having a night of passion over the festive season.

Their flirtations have arisen again in recent episodes after Martin was employed by Ruby as the Head of Security at the club.

This led to huge jealousy from Max and the pair ended up breaking up after Ruby realised she couldn’t rule out something happening again with Martin.

In scenes to come, Ruby will tell Martin about her split with Max, leading things to heat up between the pair once more.

With it looking increasingly like the duo will admit their feelings to one another, could they decide to give things a go?

Could a bitter Max inform Stacey of what both their respective former partners have been getting her up to leading to her return?

EastEnders airs Mondays at 8pm and Tuesdays at 7:30pm on BBC One.