EastEnders’ Ben Mitchell’s (played by Max Bowden) hearing deteriorated after falling into the River Thames during the tragic Queen Vic boat crash. The Mitchell bad boy has struggled to cope but persuaded Phil Mitchell (Steve McFadden) to include him in a dodgy warehouse job while fearing his father viewed him as vulnerable. However, when the money-making scheme goes wrong, Phil may lash out and blame his son.

Ever since he returned to the Square, Phil’s number one priority has been winning Sharon Mitchell (Letitia Dean) back.

The dodgy dealer promised his estranged wife the Queen Vic and is getting ready to carry out a warehouse job to secure the funds.

He originally asked Ben to join him on the job but changed his mind when he realised how much his hearing loss was impacting him following the cancellation of his operation.

Ben is determined to prove to his dad he’s not vulnerable and EastEnders spoilers have confirmed the episode focussing on the raid will be entirely from Ben’s point of view. 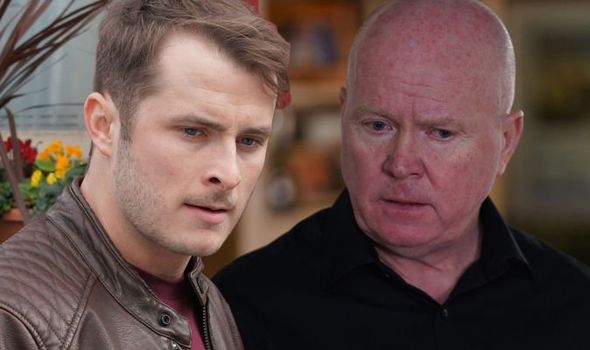 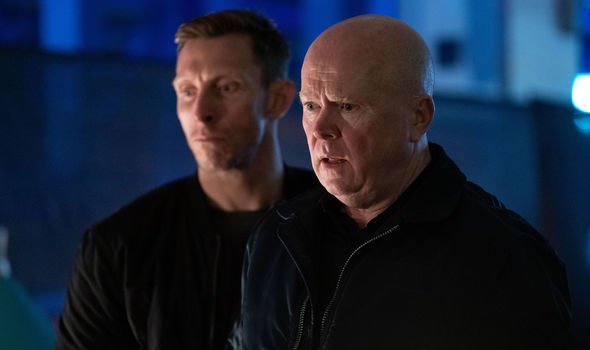 However, the warehouse raid will not go as planned and the Mitchell businessmen will find themselves in a dangerous situation.

EastEnders viewers will have to wait and see what goes wrong but Ben’s hearing difficulties will likely be at the heart of the problems.

Phil is not known for his compassion and will likely lash out at his son if the raid doesn’t go as he would like.

Will Phil blame Ben if the dodgy deal backfires and his plan to buy the Vic falls through? 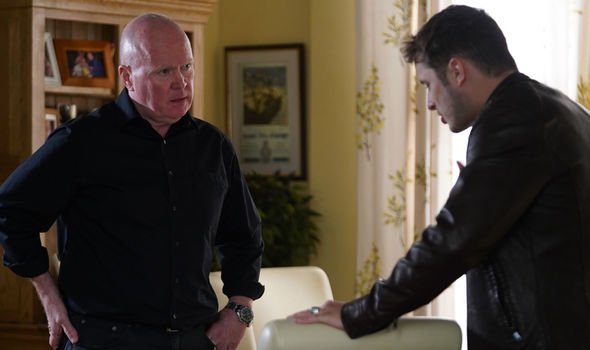 Discussing the storyline, Ben star Max said: “Ben’s operation has been cancelled so we find him at a point where he’s combating the fact that his Dad doesn’t think he’s good enough, he’s starting to think the same and all he wants to do is impress and feel like one of the team.

“He’s working even harder to be that alpha male in a world where, at the moment, he’s more limited because he hasn’t come to terms with his hearing loss.

“Emotionally he’s in a very fragile state and he’s searching for the answers within himself,” he added.

Max continued to explain how important this job is for Phil and why he’s wary to get his son involved.

“He has to prove that he’s capable, the job in itself is a gruelling big job with someone who they’ve had problems with before but Phil doesn’t want to take the chance knowing that Ben could mess things up by not being suitable at this point in time.”

EastEnders viewers know Sharon is having doubts about giving up Kayden and the Queen Vic could be the only thing holding her marriage to Phil together.

If Phil does allow Ben to be a part of the job, will he disown his son if they fail to secure the money he needs?

Show producers worked closely with the National Dear Children’s Society as Max explained: “I spoke to several people in the deaf community and was given anecdotes from people that had experienced hearing loss by head trauma specifically to get to the real psychology of it all.

“Firstly what it’s like to be deaf and have limitations when communicating but also to work out the psychology and how it can affect a person when they’re trying to communicate and understand others around them.

“Not being able to quite grasp a conversation so sometimes having to just nod along to try and move the conversation on and hope to catch up – little nuances like that were really helpful.”

He continued: “For Ben who has always had the ability to converse and be free with his hearing aid, to then have that taken away, it was a big thing.

“So they really helped me with the thinking behind it all and communication and how they do so in different ways as well.”

EastEnders continues Monday on BBC One at 8pm.