Albert Square residents gathered at the Queen Vic for Denny Rickman’s (played by Bleu Landau) funeral this week and when Sharon Mitchell (Letita Dean) screamed at Linda Carter (Kellie Bright), the landlady went right back to the bottle after weeks of trying to stay away from it. Worried about his wife, Mick (Danny Dyer) decided he had a choice to make – keep the pub or help Linda. Now, it has been hinted another member of the family could take over the pub.

Earlier this week. Linda revealed to Mick she couldn’t remember a time in her life that she didn’t have a drink in her hand.

The landlady grew up in pubs and told her husband her dad loved a drink and would give her sips of beer when she was little.

Mick and Linda have been struggling for the last year as her drinking addiction has taken control of every aspect of the family’s life.

And, when Linda started putting their son Ollie in danger, social services started threatening to take him away. 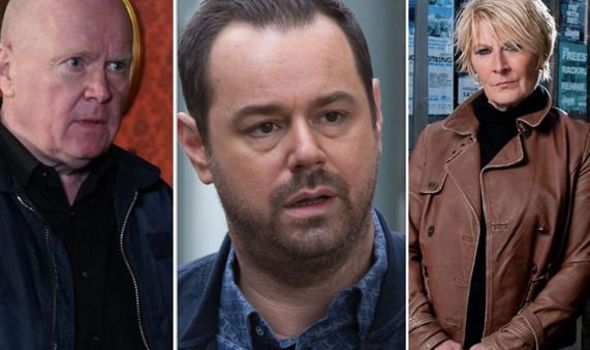 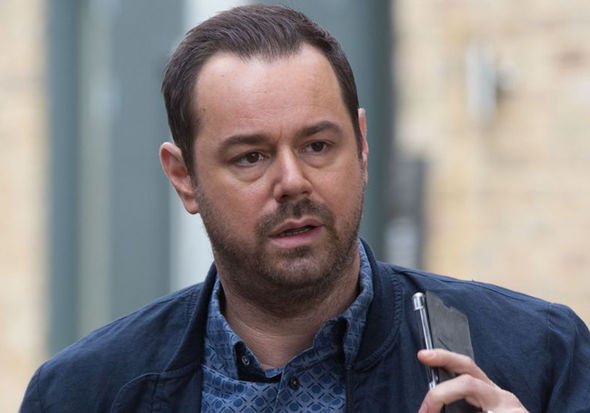 However, after the Queen Vic’s boat party, the Carter’s lives changed for good when Linda got trapped whilst looking for a drink as he boat crashed.

Her foot got stuck as the boat began filling with water and Mick stayed with her until she was freed.

Linda decided it was time to ask for help and has been trying to get her life back on track.

But she was heartbroken when she realised her family still don’t trust her with Shirley Carter (Linda Henry) drawing lines on bottles to see if she was drinking. 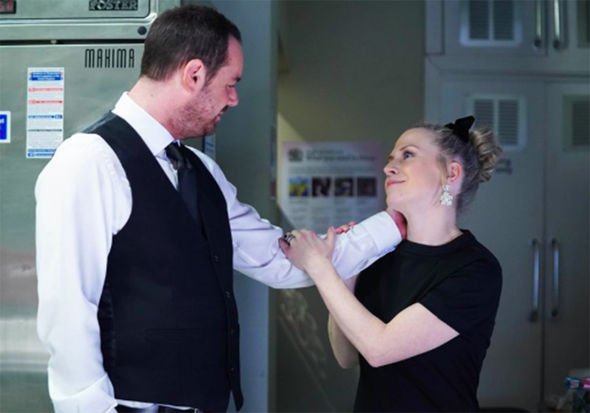 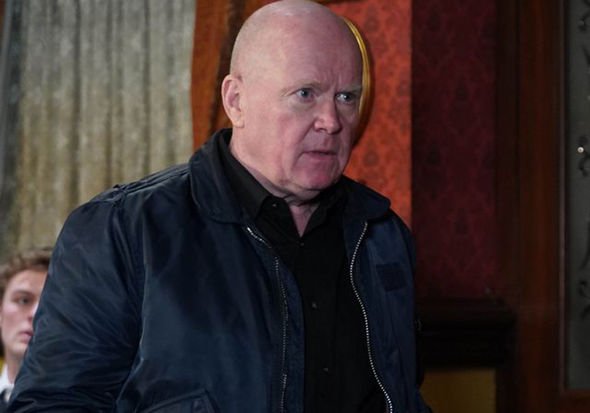 Mick has decided it is time for the family to move out of the Queen Vic and next week will take steps for them to move on.

He  will organise for an estate agent to come and value the Queen Vic.

After speaking to Sharon, Linda tells Mick she doesn’t think she can work behind the bar anymore and a drunken Billy Mitchell (Perry Fenwick) will put things into perspective.

Mick will reveal to Billy they are planning on selling up but they haven’t told anyone else.

How will Shirley and Tina Carter (Luisa Bradshaw-White) react?

Mick and Linda will agree to wait before telling Shirley and Tiny about their plans for the pub, but Billy won’t keep the secret for long.

It’s still unknown how Shirley will react to the news seeing as she already has a fractious relationship with Linda, but if she really does want the best for Mick, will she let them go?

Shirley has spent years behind the bar in the Queen Vic so she could see it as a chance to take control.

Could Shirley and Tina step up and look after the pub as Mick and Linda try to repair their family?

Not long after Phil turned himself into the police for Denny’s death but they want to know more than just details of the boat crash.

If his plans for Keanu Taylor (Danny Walters) come out, could this be the end of Phil?

EastEnders continues on BBC One on Monday at 7.30pm