Later this year Frank Herbert’s epic hero’s journey Dune will hit cinemas for the first time in over 30 years. A previous adaptation of the story was released in 1984, directed by David Lynch, but was lauded as one of the biggest cinematic disasters of all time due to its scripts and box office revenue. Since then, directors have been reluctant to fall back into the world of Arrakis to fight over the Spice, Melange. Director Denis brings Frank’s vision to the big once again with Jason as Duncan Idaho by his side. The DC Comics actor has now spoken out on the film now it has been finished.

SCROLL DOWN TO WATCH THE INTERVIEW

Jason appeared on The Tonight Show Starring Jimmy Fallon this week to discuss season two of his Apple TV Plus show, See.

During the conversation, he was asked about Dune, to which he instantly responded: “It is a masterpiece.

“I have never been in anything of that scope [before]. Denis is a genius.”

The Game of Thrones star also revealed he has seen the finished version of the film. 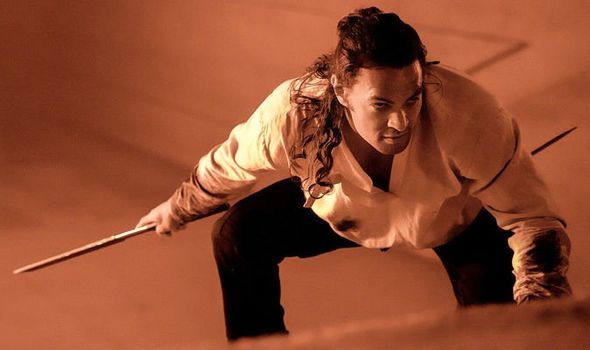 Jason told Jimmy: “I got to see it. It was really cool because my kids were up here, and so we got to take them to it.

“The first time I got to see something like that with my kids, it’s a very adult movie, but so beautiful.”

The Aquaman star’s character, Duncan Idaho, is a warrior and the righthand man of Duke Leto Atreides (Oscar Isaac).

Jason has previously said of the film: “I’ve never worked with action on this scale. Denis is a cinematic genius, and generally, all the action I’ve done has been nowhere even remotely close to Denis.” 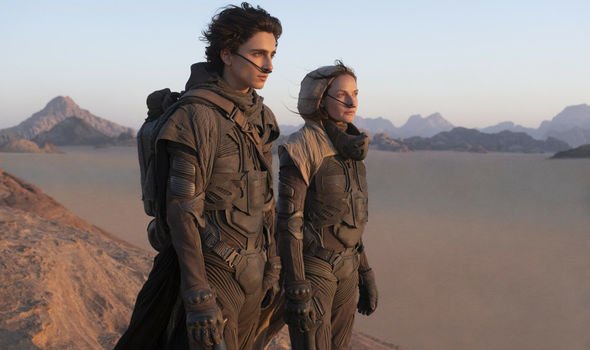 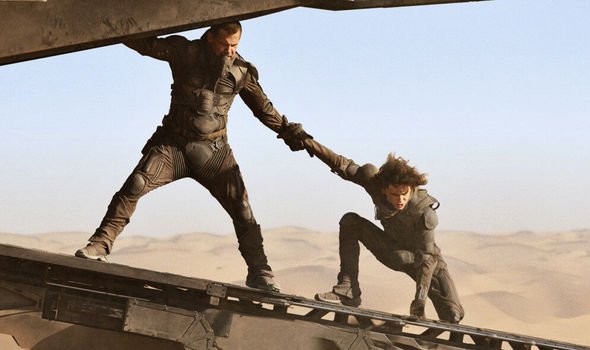 Denis has previously directed such gorgeous movies as Blade Runner 2049, Prisoners, Arrival, Sicario and Enemy, so it is no surprise that Jason has praised Dune so highly.

The prolific director has previously spoken out about how he became “obsessed” with the novel when he was in his teens.

Speaking at a press conference, Denis called Dune a “very powerful human story”, adding that he always believed it had “massive potential on-screen.”

He went on: “At its core, you can see it from one angle as a powerful, epic adventure story, but it has so many themes that make the book so rich.”

Denis continued: “We tried to keep the richness in the movie… humans, we need to earn our destiny in order to change the world. The movie is kind of a call to action for us to change things, especially for the youth.”

Timothée Chalamet plays the hero of Dune, Paul Atreides, an actor Denis has sung the praises of numerous times since his casting was announced.

In the same press conference, the director said Timothée is “by far, the best actor of his generation”.

Denis also pointed out the key reason he cast Timothée into the role is because of his “unique mixture of having such a young look on camera while also still coming across as an old soul”.

He went on to add: “[Timothée] has insane charisma that can be found in the old Hollywood stars of the ‘20s.”