The television personality spoke out for the first time on Wednesday 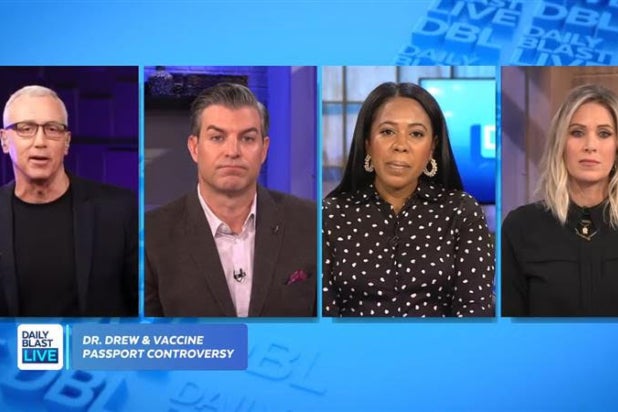 Dr. Drew Pinsky has responded to the viral tweet he made on Monday claiming that vaccine passports would hinder people from traveling internationally, calling it “a great example of how fake news is generated.”

During the show, Pinsky reiterated his support for the vaccine and told co-hosts Sam Scacher, Jeff Schroeder and Lindsay Granger that his tweet — which he claims was written by his son, not him — was merely meant to be a conversation starter. “I didn’t say anything about my position, and of course, I know the sky is blue. I know that certain countries require certain kinds of vaccines, but the CDC actually breaks down travel into ‘routine,’ ‘suggested’ and ‘required,’ and there’s very few ‘required’ vaccines,” he said.

“I’ve always worried that it created an out group. Whenever you create an out group, you’re creating segregation and I was worried about that so I thought, ‘How do other people feel?’ And people have lost their ability to read. It was a great exercise in fake news, because rather than reading what I was saying, the context of asking you a question, ‘How would you feel if you’re in the out group?’, it became something totally different, because they didn’t read it, and then that became the fact and then that become the fake news.”

Pinsky also shared his views on social media, calling it “a necessary evil” and “a communication means that we’re stuck with.” He’s not the first to personality to air grievances about being attacked on Twitter — “The View” co-host Meghan McCain recently complained about the social media platform after Chrissy Teigen quit a few weeks ago. Pinsky referenced Teigen’s decision in his comments.

“It’s disgusting,” he said. “But I’m stuck there and I have to use it for certain things but maybe one day I’ll break out like Chrissy Teigen who jumped out, good for her.”