The Steph Show aired its debut today on Channel 4 and presenter Steph McGovern was live from her living room with her brand new magazine show. With the coronavirus pandemic causing major changes to how live TV shows are being broadcasted, all of Steph’s guests were on live video links, and one of those was Keith Lemon, who during a conversation with the host spoke about The Steph Show’s “competition”.

Following her very first advertisement break, Steph was back and spoke about what was coming up in the next part of the show.

With Strictly Come Dancing professional dancer Anton Du Beke due to speak about to Steph about the 2020 series and how he is keeping himself entertained at home, ITV2’s Celebrity Juice host Keith Lemon was also offering advice on what to do on lockdown.

Discussing whether he would be taking part in personal trainer Maxine’s ’Maxercise’ segment later in the show, Keith accidentally discussed The Steph Show’s competition.

“We’ve got a Maxercise class coming up, will you be taking part?” She asked Keith. 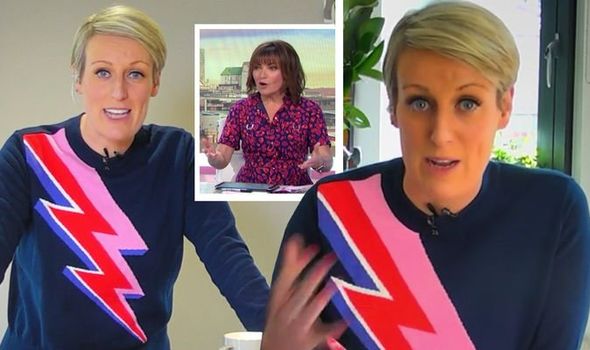 “Doesn’t she work out with Lorraine Kelly?” The funnyman remarked.

Surprised by the name drop, Steph hit back joking: “Hang on, you’re not meant to mention the competition!”

Stunned by her comment, Keith backtracked: “She doesn’t work out with her!”

“I’m not in competition with anyone,” the presenter reassured. 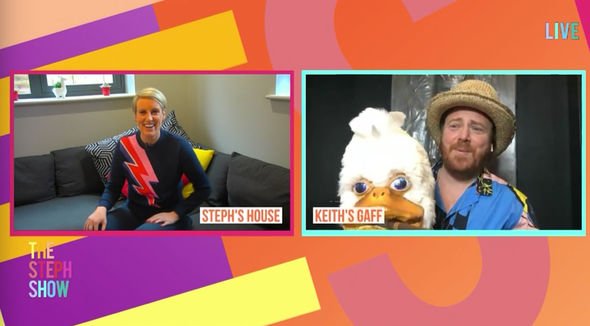 As for how the show was being brought to Channel 4, Steph explained the nifty set up they had to produce it from her house.

“All the cameras are robotic, they are working remotely. We have people all over the country helping put the show on air,” she revealed.

“The closest person to me is young Adam, our sandman working in the wings,” she added and Adam, who was standing outside, moved across to the window so those at home could see where he was placed. 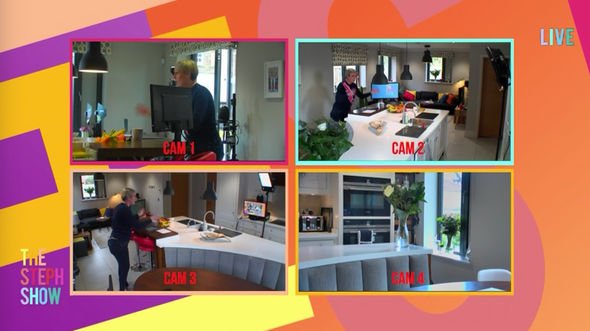 The Steph Show airs weekdays at 12pm on Channel 4.