Death in Paradise fans will see DI Neville Parker (played by Ralf Little) settle firmly into Saint Marie’s police station, but he may not have expected to investigate a fellow colleague’s death. It comes after DS Madeleine Dumas (Aude Legastelois-Bidé) is set to exit the hit BBC comedy-drama series, could she leave in dramatic storyline which sees her in a body bag?

Fans then said goodbye to their favourite Irishman and the crimes on the island were left to Neville to solve.

Ahead of the tenth season, the BBC have announced a few characters departures, and some newcomer’s arrivals.

One of those saying goodbye to the Caribbean is Madeleine. 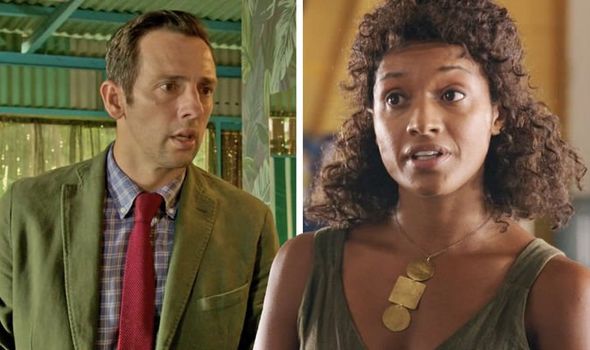 “DS Madeleine Dumas will also be departing Saint Marie’s sunny shores and we would like to thank Aude Legastelois-Bidé for bringing Madeleine to life and wish [her] all the very best for the future,” a BBC spokesperson said.

Viewers will remember seeing her for the first time in season eight, taking on the lead role of Detective Sergeant.

So how is she going to exit?

Well, little has been said in regards to that storyline, and whether she will exit alive or dead. 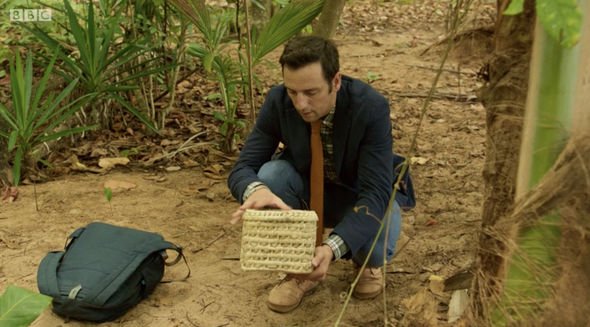 Could viewers tune in to find her the victim of a murder in season ten episode one?

It wouldn’t be surprising if writers had arranged this dramatic twist.

After all, the first ever Detective Inspector, Richard Poole (Ben Miller) was killed off.

It comes after fans suggested Madeleine and Neville could have a romance. 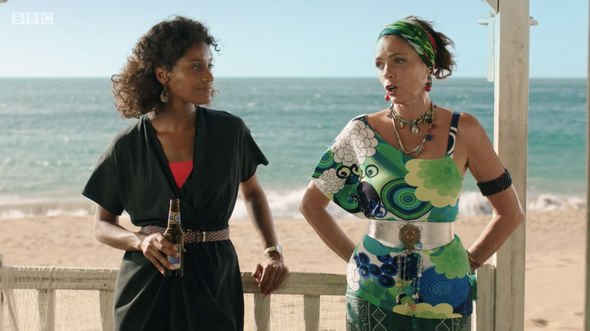 Taking to Twitter to discuss, one said: “Am i detecting a hint of attraction between Neville and Madeleine?”

“Is anyone else shipping Neville and Madeleine #deathinparadise?” Someone else wrote.

But that won’t happen now if Madeleine is to exit.

However, sparks are going to fly for Neville, with suggestions Florence Cassell (Joséphine Jobert).

The BBC announced Florence would be returning for the tenth instalment.

“lorence thinks she’s ready to get back to work after her fiancé’s death two years ago – but she hadn’t banked on her new boss, Neville.

“As she tries to understand his peculiarities, sparks are bound to fly…” A BBC spokesperson said.

Death in Paradise is available to watch on BBC iPlayer now.