Coronation Street may have been airing half its usual amount of weekly episodes over the past few months but the ongoing drama on the cobbles has remained at full capacity. Gary Windass (played by Mikey North) and Maria Connor (Samia Longchambon) are due to get married. But with everything going on lately, it’s unclear whether or not the big day will go ahead.

Sarah Platt (Tina O’Brien) and Gary were together for a few years which is a lot longer than most couples in Corrie.

But finally, Sarah had had enough and ended things with the former loan shark as he continued to get himself into debt and lie about his whereabouts.

She soon found love though with Adam Barlow (Sam Robertson) and the pair married earlier this year.

From the past few episodes though, it seems feelings remain between Sarah and Gary. 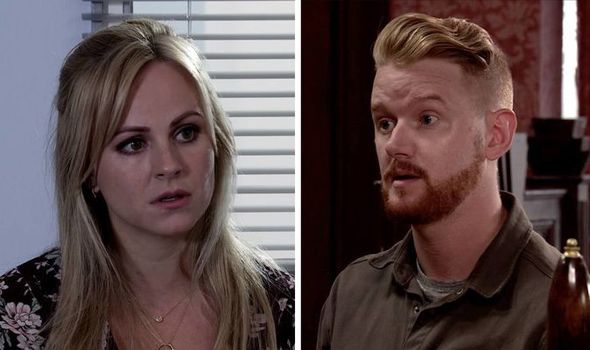 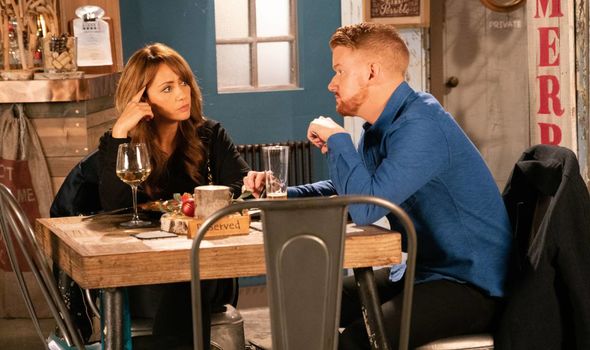 When Sarah confronted Gary, he admitted to killing him but said he did so to protect her and confessed his love for his ex-girlfriend.

She ran away from Gary to call the police but when a car approached, he pushed her out of the way and was left seriously injured.

For saving her life, Sarah so far hasn’t reported him to the police and is keeping quiet about everything.

After discovering the watch earlier this week, Adam now has a few more questions for his wife. 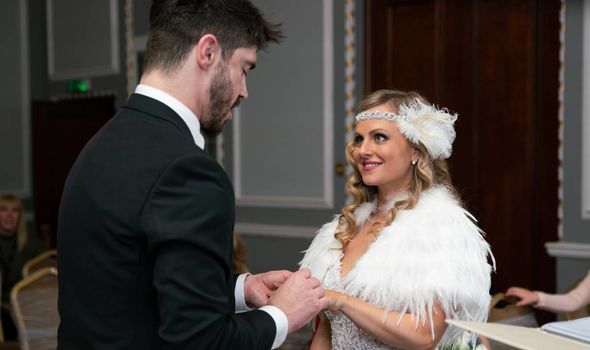 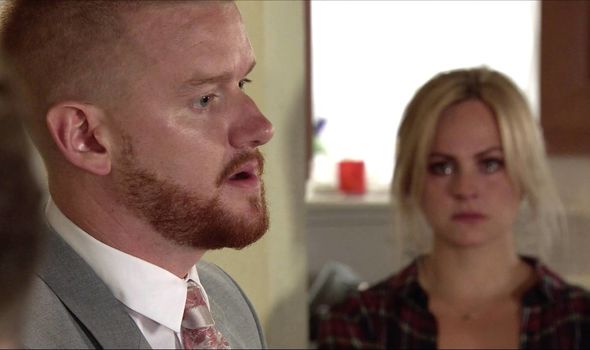 Will Sarah leave husband Adam to reunite with Gary on wedding day?

Gary and Maria’s wedding day is due to take place on Monday, August 17.

But in the build-up to the ceremony, Gary will be conflicted as he is still very much in love with Sarah, despite his relationship with Maria.

He doesn’t think she feels the same way though as she only married Adam at the beginning of the year.

However, the closer the wedding day gets, the more it looks like Sarah feels the same way.

Sarah has kept Gary’s secret so far and continues to listen to him about how much he loved her.

While he might be a killer, Gary has continued to protect Sarah anyway he can, however misguided.

Could his declarations of love persuade Sarah that Gary is actually the man for her after all?

Speaking to Express.co.uk about Sarah’s feelings, actress Tina O’Brien explained: “I think it’s that feeling of, ‘Oh my gosh, I could, I could love you and hate you in equal measures.'”

O’Brien continued: “It’s like he gets her, he presses her buttons, but she knows that he does care about her.

“I think she’s also a bit of a sucker for the fact that she knew how much he loved her.

“There is [this] moment where she thinks something could happen.”

With the wedding day looming, Adam and Maria may soon find their other halves returning to the arms of their ex.

Coronation Street continues every Monday, Wednesday and Friday at 7.30pm on ITV.

Tags: aut, entertainment, headlines, TV
You may also like
Recent Posts
This website uses cookies to improve your user experience and to provide you with advertisements that are relevant to your interests. By continuing to browse the site you are agreeing to our use of cookies.Ok