Coronation Street fans have been begging the ITV soap to end the coercive control storyline between Geoff Metcalfe (played by Ian Bartholomew) and Yasmeen Nazir (Shelley King). And last week, Yasmeen reached breaking point after many months of being manipulated and controlled by her husband, and in a moment when she thought her life was at risk, she attacked Geoff leaving him for dead. But those watching at home think there is one person who will be able to save her from a lifetime behind jail and expose Geoff for the abuser he really is.

During Friday night’s special episode which focused solely on these two characters, Geoff ordered Yasmeen to change her outfit and she was forced to wear a satin red ballgown out to the Rovers Return and then later on to the Bistro.

After Geoff ordered a round, Yasmeen went to the bar to bring her drink across to the table when Carla Conner (Alison King) commented on her outfit.

She and partner Peter Barlow (Chris Gascoyne) are currently running the popular drinking establishment while Johnny (Richard Hawley) and Jenny Connor (Sally Ann Matthews) have popped off to France for a few weeks. 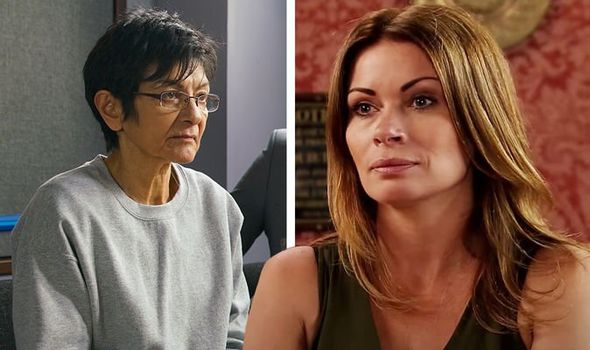 And viewers noticed and took to Twitter to comment, one said: “Carla said ‘killer dress’ Yasmeen to Yasmeen in the Rovers and then she literally attempted to kill him hours later in the dress. Clever script writing.”

“Carla saying ‘KILLER dress Yasmeen’ we love a foreshadow,” someone else wrote online.

There was also another moment involving Carla which got tongues wagging online.

Later on, after Yasmeen had attacked Goeff and called the police and ambulance which hurtled into Coronation Street, the residents and punters gathered outside to see the commotion. 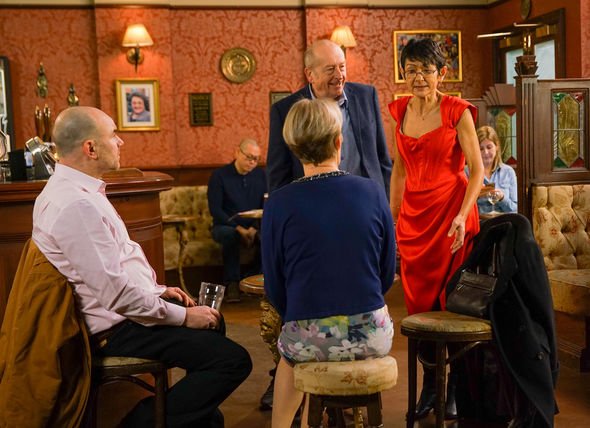 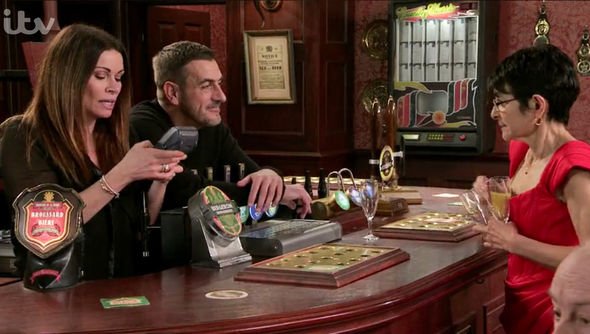 “Carla’s on to Geoff I hope,” a viewer said.

Someone else added: “Carla KNOWS something isn’t right and things don’t add up.”

This comes after Peter found Yasmeen outside the medical centre after her appointment with the doctor who revealed she had chlamydia.

Geoff also tried to convince Yasmeen she had an alcohol addiction and forced her to attend an AA meeting, which Peter was a regular at. 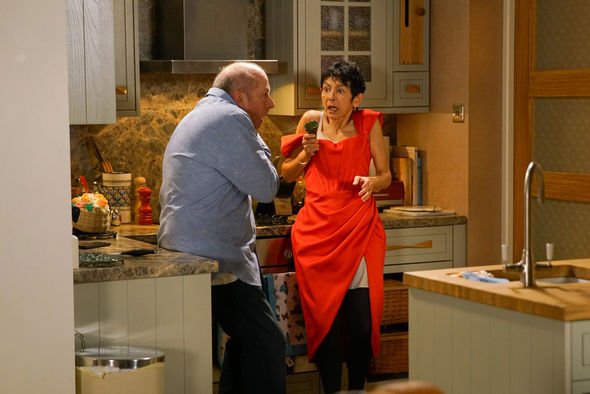 With Peter and now Carla having slowly entwined their way into Yasmeen and Geoff’s storyline, will either one of them be the person to save her?

Viewers know Geoff woke up in hospital after the attack and he is vehemently arguing was out to kill him.

As for how this storyline is going to end, no one knows whether or not Yasmeen will be able to explain the torture she has endured for the last year.

And there is the possibility, of course, she will find herself in jail rather than Geoff.

It comes after the actor who plays Geoff has spoken out about playing such an evil character.

During a conversation with RadioTimes.com he said: “It was very difficult to get my head around it at first.

“I am nothing like Geoff and had to get myself into a mindset I didn’t understand which is quite tricky.

“He was brought in as a bumptious, funny, cuddly, benign and pleasant character, but I knew from the start there was a possibility he might turn dark.

“After a few months they decided to take him and Yasmeen down the coercive control route. I knew I’d be playing somebody who I’m really not going to like,” he added.

If you or anyone you know has been affected by this storyline, please see Women’s Aid’s website here, or if you are in immediate danger, please dial 999 and ask for the police.

Coronation Street airs weekdays at Monday, Wednesday and Friday at 7.30pm on ITV.