Coronation Street viewers have been sickened by Geoff Metcalfe’s (played by Ian Bartholomew) behaviour towards Yasmeen Nazir (Shelley King), but during Wednesday’s double edition, fans saw the latter head to a mysterious doctor’s appointment alone and now many are speculating as to why Geoff so strongly refused to accompany her.

“You’re not going to do that down here now are you?” Geoff remarked as Yasmeen struggled to carry the hoover down the stairs.

“You said the place was filthy,” she remarked and he argued: “Yes I know that but I won’t be able to hear myself think let alone work.”

After offering to do the housework later, Geoff hit back: “No, no you’re here now. Anyway I need to go out!”

Curious as to where he needed to go, Yasmeen asked but this only infuriated her husband: “Am I not allowed a life of my own anymore?” 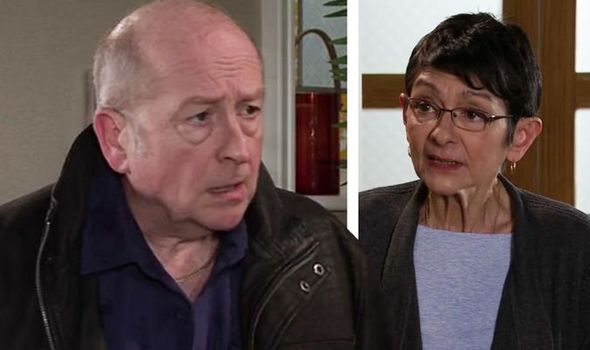 “Of course, but I thought you said you were going to be around this morning?” Yasmeen said and Geoff explained: “Plans change! I didn’t realise I had to get your approval for every movement, perhaps you’d like me to punch in and out?”

“I merely meant I have made myself a doctor’s appointment,” she revealed and took Geoff by surprise: “What for?”

“My stomach cramps. I was hoping you could come with me,” Yasmeen added.

But Geoff wasn’t concerned: “What? I can’t just drop everything at a moments notice because you’ve made a doctor’s appointment on a whim. 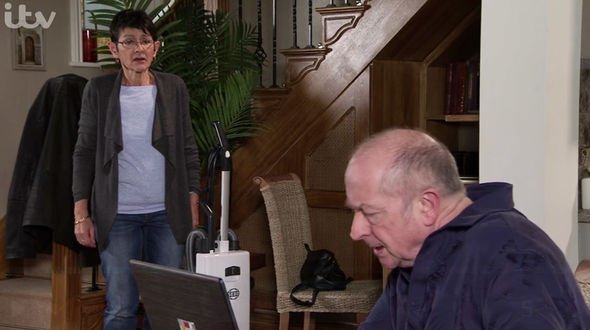 “Please don’t make out your so long-suffering, maybe I can at least walk you over there? I’ll have to head off early mind.”

While the scene inside the doctors was not played out on screen, Alya Nazir (Sair Khan) brought it up when she went to visit her Gran at Speed Daal.

“I’ve not come here to fight,” Alya explained, but Yasmeen argued: “Well unless you’ve come here to apologise, I’ve nothing to say to you!”

“I just wanted to see if you’re okay? Eileen said she saw you going into the doctors this morning,” Alya continued. 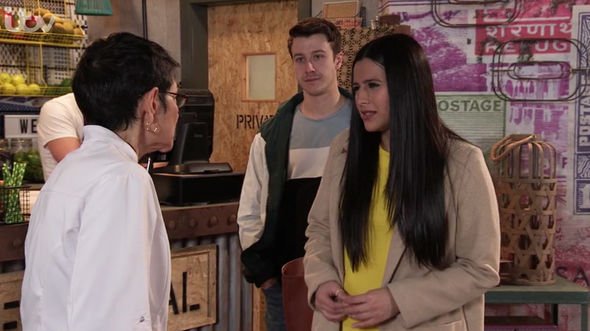 Yasmeen replied: “Oh did she? Well, the next time I go for a check-up I’ll hang out come banner to make sure the whole street knows!”

“A check-up? That’s all it was?” Ayla asked and her gran confirmed that’s exactly what it was.

But, those watching at home were not convinced and took to Twitter speculating Geoff had been poisoning Yasmeen.

One said: “@itvcorrie Anyone else think evil Geoff is poisoning Yasmeen. Strange she’s got stomach cramps. And I wouldn’t put it past him.”

“@itvcorrie Geoff’s probably poisoning Yasmeen (about 10 mentions of tummy troubles in 25 minutes),” someone else wrote.

A viewer questioned: “Is Yasmin being poisoned by Geoff #Corrie.”

“I swear if geoff is poisoning her i will scream,” someone else commented.

A fifth added: “Is he poisoning her?? I wouldn’t put it past him.. We need Gary to go by there with that large spanner he loves to wave about!! #Geoff #Corrie.”

Coronation Street returns on Monday at 7.30pm on ITV.