With programmers of all sorts seeking alternative programming, old movies become new.  “Contagion,” Steven Soderberg’s 2011 pandemic thriller with Matt Damon and Marion Cotillard, remains the biggest catalog title and ranks #1 at FandangoNOW, #3 at Amazon Prime. There are only a handful of other overlaps between the charts, and the lists seem more fluid than the ones limited to current films. And Netflix, which hosts a more limited selection of such titles, has some of the oddest choices popping up on their list.

(taken from their overall list of transactions over seven days, ranked by revenue total)

Five titles repeat from last week, with “Contagion” repeating at #1. “Trolls” ahead of its sequel’s premium debut this Friday, remains in fourth. “Jumanji: Welcome to the Jungle” fell one place. Two Harry Potter titles both dropped, with two films later in the franchise falling out of the top 10.

There are two outliers. Cecil B. DeMille’s epic “The Ten Commandments” isn’t getting its annual Easte prime-time ABC showing, but Fandango has it at a reduced $2.99 price that provides bang for the buck (the film is nearly four hours long). It’s a logical consumer choice, even if it is more than 60 years old. Also at $2.99 is the biopic “Selena” with Jennifer Lopez as the tragic Tejano singer.

Apart from the two other Potter titles, also absent this week are “The Greatest Showman,” “Death Wish” (2018), and “The Meg.”

iTunes and Amazon update their charts at least daily, listing 100 titles (in the latter including broader programming). Here’s a snapshot from their most recent charts of the older titles among their leaders: 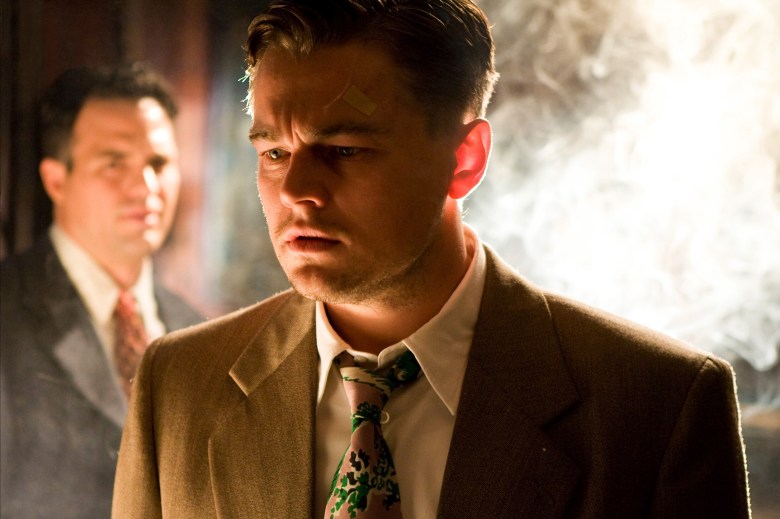 What’s this? Six of the 10 films are more than 20 years old? Before baby boomers complain about nothing older, remember a 1990 movie today is like a 1940 one in 1970 — pretty far back. iTunes clearly has a less family-oriented draw, with only two entries. (Why “Robocop 2” and not the original?) Like the rest of the titles, it rents for $3.99. (“Trolls,” likely tied into pre-sequel release marketing, is $1.99 here). But the Dude abides, as always.

A smaller list because Amazon has TV shows and originals on its list, crowding out older movie titles. Other than “Showman” and “Contagion,” buyers here have a mind of their own.

Older movies — indeed, theatrical releases in general — usually take up no more than one or two slots on the streamer’s daily list of most-viewed programs. Their holdings are not comprehensive. It appears some show up because they have just been added, but trying to explain Netflix programs’ popularity remains a topic for future doctoral theses.

Over the last few weeks, here are the older theatrical movies that have placed, in rough order of frequency and highest positions. We provide brief descriptions, since these are mostly less well known than the ones above. With these charts changing widely most days (that is, other than “Tiger King” daily now for over two weeks), these are not what makes the streamer stand out.

Blood Father (2016) – A non-hit Mel Gibson starrer (French produced) in the vein of Liam Neeson’s action hits. It ranked as high as #4.

The Roommate (2011) – This low-budget Sony hit about a college student realizing she’s living with someone dangerous looks like it felt like a good match for the moment. Spending five days in the top 10, it got as high as #6.

The Players Club (1998) – More than two decades before “Hustlers” Ice Cube directed, wrote and co-starred (with Lisa Raye, Bernie Mac, Terence Howard, and Jamie Foxx) in this very dark comedy about working in a strip club. It placed for three days, #8 best.

2012 (2009) – We’ve seen some interest in past catastrophe films, which always show people joining together to beat a foe. This showed up one time at #6.

Salt (2010) – This Angelina Jolie CIA agent on the run thriller was a hit a decade ago, little remembered since. But enough that it was #9 for a day.

The Hangover (2009) – Makes sense that when home drinking is rampant, this comedy might be a reminder of the perils of excess. It crept in as #10 for a day.

This list looks much like last week’s — save for the initial strong response to buying the two previous “Bad Boys” titles as well as the latest one for $29.99.

Sign Up: Stay on top of the latest breaking film and TV news! Sign up for our Email Newsletters here.;

Tags: FandangoNOW, ITunes, Streaming
You may also like
Recent Posts