CHRISTINE McGuinness has wowed fans after slipping into a bright yellow leotard to record a funny video with her husband Paddy.

Christine, 32, and Paddy, 46, pulled out all stops after deciding to take on the Blinding Lights Challenge on social media site TikTok. 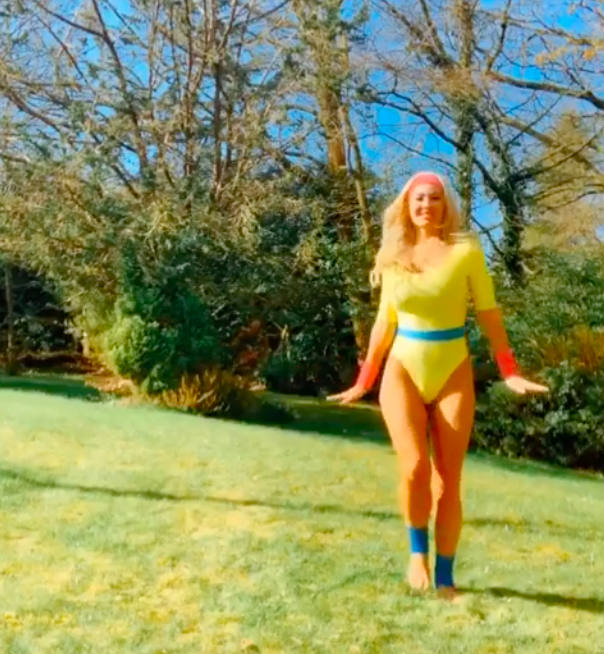 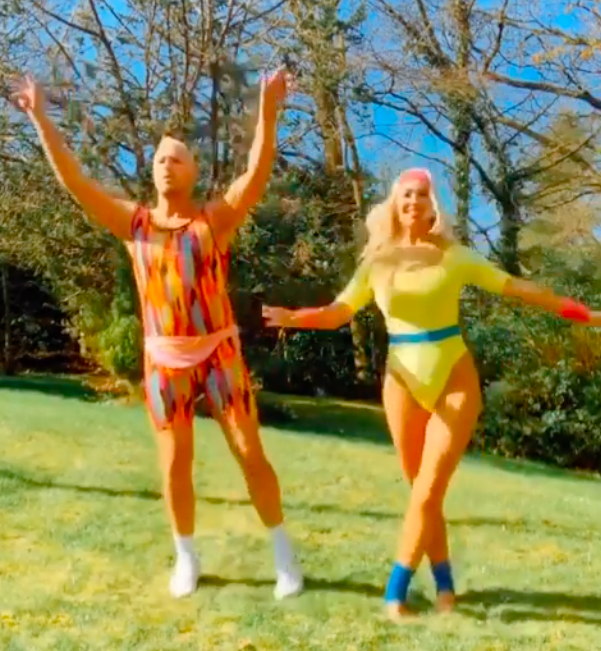 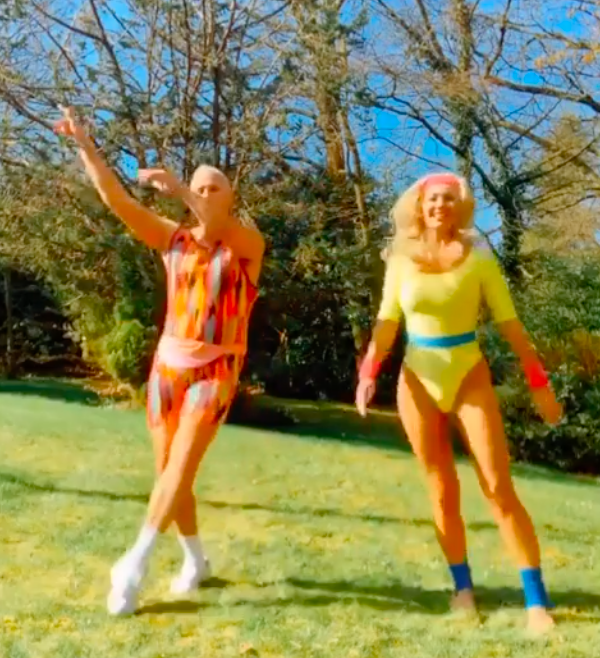 While performing the dance routine, copied by celebs the world over, the couple made sure they were dressed for the occasion.

Along with her sexy leotard, Christine also popped on a turquoise belt and matching leg warmers.

The stunning mum-of-three topped off her 80s look with pink sweatbands on both her head and wrists.

Comedian Paddy, meanwhile, also threw himself into the theme and wore an orange unitard and peach-coloured bumbag. 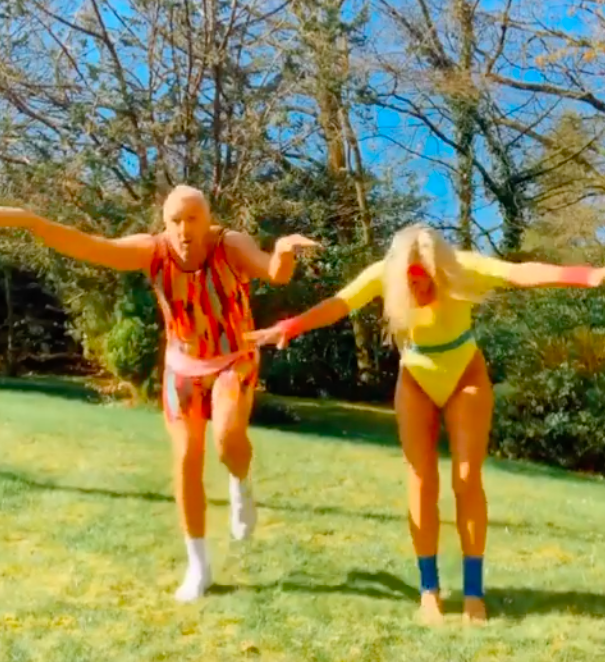 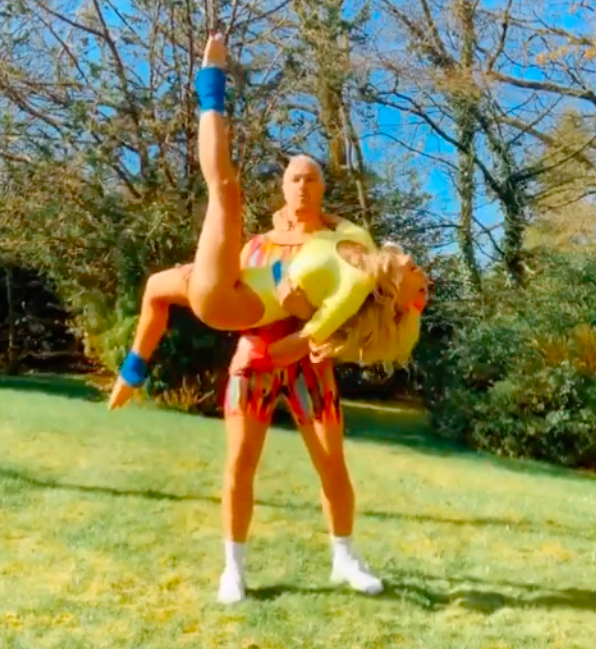 Christine kicked things off in the hilarious video, before Take Me Out star Paddy emerged from the bushes to join her.

While Christine nails the routine, which is performed to The Weeknd's hit song Blinding Lights, Paddy ends up on the wrong foot to his wife.

After they posted it on Instagram, one has since commented: "I've watched this a few too many times and laughed harder each time 😂😂😂 love it x." 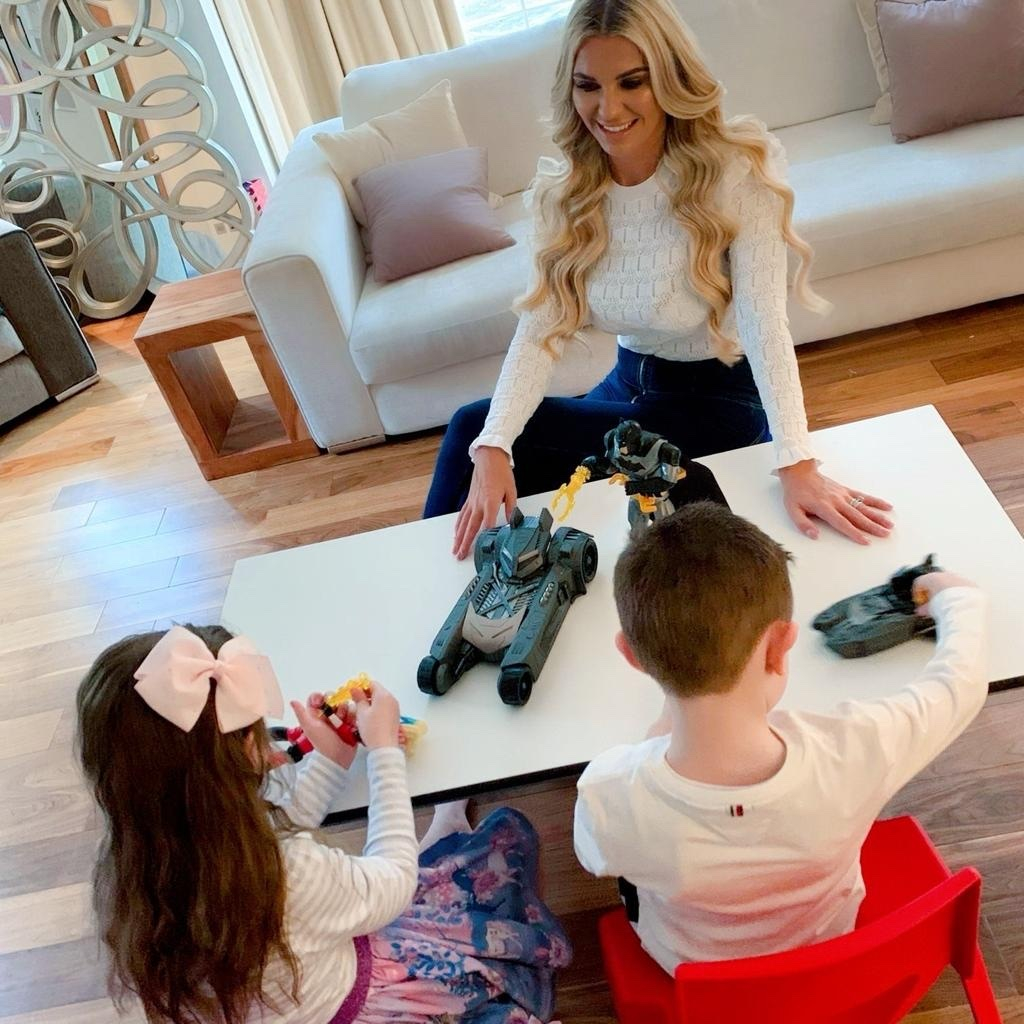 Another added: "Did he just happen to have that outfit hanging around 🤣🤣 brilliant 🙌🏻."

A third said: "I adore you two hahaha @mrscmcguinness @mcguinness.paddy 😂😂😂."

Like the rest of the nation, Christine and Paddy are currently in lockdown due to the coronavirus pandemic.

But the couple have been coming up with fun ways to keep both themselves and their three children busy during the testing time. 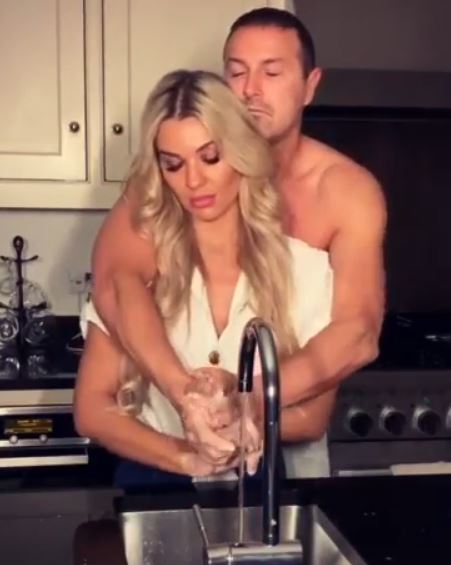 Earlier this week, Christine performed a funny fashion show in her house while wearing a bathrobe.

The gorgeous blonde sexed up her look with dark sunglasses and giant pink stilettos before strutting down the stairs. She then switched her accessories.

Christine and Paddy also left fans in hysterics when they copied the famous pottery wheel scene in the 1990 movie Ghost to promote good hand-washing.