Home
TV and Movies
Chilling Adventures of Sabrina season 4 Netflix release time: What time is it out?

What time is Chilling Adventures of Sabrina series 4 out?

Netflix will be dropping the fourth and final instalment of Chilling Adventures of Sabrina today (Thursday, December 31) at 8am GMT in the UK.

The streaming platform releases all its shows at midnight Pacific Standard Time as Netflix’s headquarters are in California which is in this time zone.

All episodes of the final part of the spooky show will be made available in one go for fans to binge at their leisure.

The time the show will drop in a particular region is dependent on geographical location in relation to California, which will affect when you can watch the show. 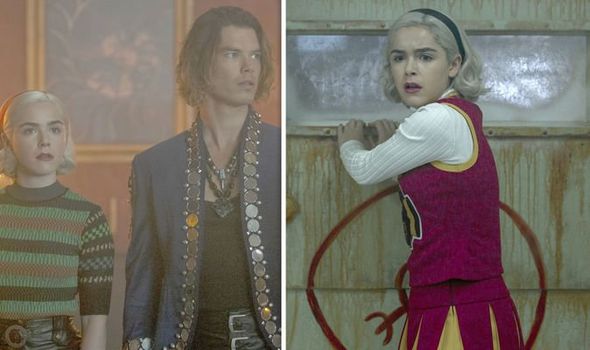 Sadly, for fans of the supernatural Archie Comics show, Chilling Adventures of Sabrina was confirmed to be coming to an end earlier this year.

Nonetheless, some fans are still holding out hope of the drama getting saved by another broadcaster.

The last outing promises to be a thrilling ride with the eponymous teenage witch Sabrina Spellman (played by Kiernan Shipka) facing a reckoning.

There will also be double trouble with two versions of the character and dark things afoot to keep fans on the edge of their seats.

Chilling Adventures of Sabrina will be released on Netflix today