Caroline Quentin and Johannes Radebe joined Holly Willoughby and Phillip Schofield on This Morning to discuss their success on Strictly Come Dancing so far. However, despite their blossoming friendship, Caroline revealed she had had her first falling-out with her professional partner and their “honeymoon period” was over.

Discussing their first two dances, the pair explained they were overjoyed at the judge‘s comments.

Johannes began: “I was surprised at the scores, I thought we’d get fives.

“Caroline’s a strong–headed woman who takes direction,” he added.

Holly noted Caroline was keen to be partnered with Johannes after being signed up to the show. 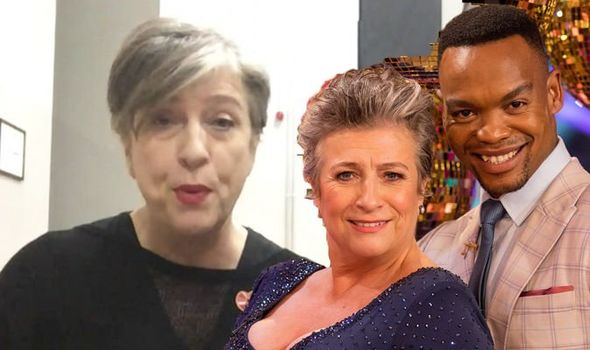 However, the Strictly star revealed: “We had our first barney yesterday.

“It’s hard to be told what to do by someone who’s always right.

“I had an opinion about the dance that was wrong but instead of acting gracefully, I wouldn’t back down.

“He got really annoyed about it, safe to say the honeymoon period is over.”