Buffalo 8 has acquired worldwide rights at the just-wrapped Cannes virtual market to Givers of Death, an apocalyptic sci-fi thriller written and directed by and starring Addison Henderson. The pic, which is coming off its world premiere at the American Black Film Festival, will hit U.S. theaters and Premium VOD sometime in 2022.

The film, which is set in a world obliterated by a deadly virus that has killed a third of the population, centers on a the quest for peace for a hitman (Henderson) in a post-apocalyptic world where those who are too afraid to end their own lives from the painful virus hire hitmen to do it for them. Jonathan Sterritt, Lou Lombardi, JJ Alfieri, Jason Delane Lee and Yvonne Huff Lee also star.

Henderson said his film “was born from my own personal tragedies and was inspired by the citizens of Otsuchi, Japan who lost loved ones to a horrific tsunami. Loss, redemption and hope are experiences we can all relate to, so we look forward to people across the globe being able to connect to this film.”

“Addison Henderson’s talent and vision, both in-front of and behind the camera, is undeniable,” Buffalo 8’s head of distribution Nikki Stier Justice said. “His star is quickly rising, and we are thrilled to be a part of that journey by bringing G.O.D. to audiences worldwide.”

The deal was negotiated by Buffalo 8’s Nikki Stier Justice and Grady Justice, along with Messiah Jacobs of Four Screens on behalf of the filmmaker.

Also at the Cannes market, Mutiny Pictures acquired worldwide rights to the slasher horror film Last of the Grads, from first-time writer-directors Jay Jenkins and Collin Kliewe. It will hit theaters for a limited run on November 5 and be at the American Film Market in Santa Monica later that month. A VOD and home video release will follow in December.

Jessica Lang, Jennings Brower, Sara Eklund, and YouTuber Charles White Jr. (aka Cr1TiKaL) star in the pic, about a class of graduating high school seniors celebrating their last night together at the annual school lock-in. Who would have guessed that are about to encounter the legendary “Coast to Coast Killer”?

GLAAD and The Black List have opened submissions to for The 2021 GLAAD List, the third curated list of the most promising unmade LGBTQ-inclusive scripts in Hollywood. For the first time, this year both feature film and original pilot submissions will be considered.

As part of this year’s drive to discover underrepresented LGBTQ-inclusive storytellers, the organizations said this week they formed The GLAAD List “Founder’s Circle,” which includes Berlanti Productions, Hello Sunshine, MGM/Orion Pictures, Netflix, Ryan Murphy Productions and Village Roadshow Entertainment Group. All have made donations to support The GLAAD List and host submission and evaluation fee waivers on The Black List website and will provide input on which scripts are most promising and most inclusive. Executives from each company will meet one-on-one with at least 10 GLAAD List finalists and will have the opportunity to offer script deals.

Past titles on The GLAAD List include What If?, which is set up at Orion Pictures with Billy Porter directing, and The Enclosed, written by Chris Basler, which just wrapped production in Dublin with Annabelle Wallis and Raffey Cassidy starring and Floria Sigismondi directing. 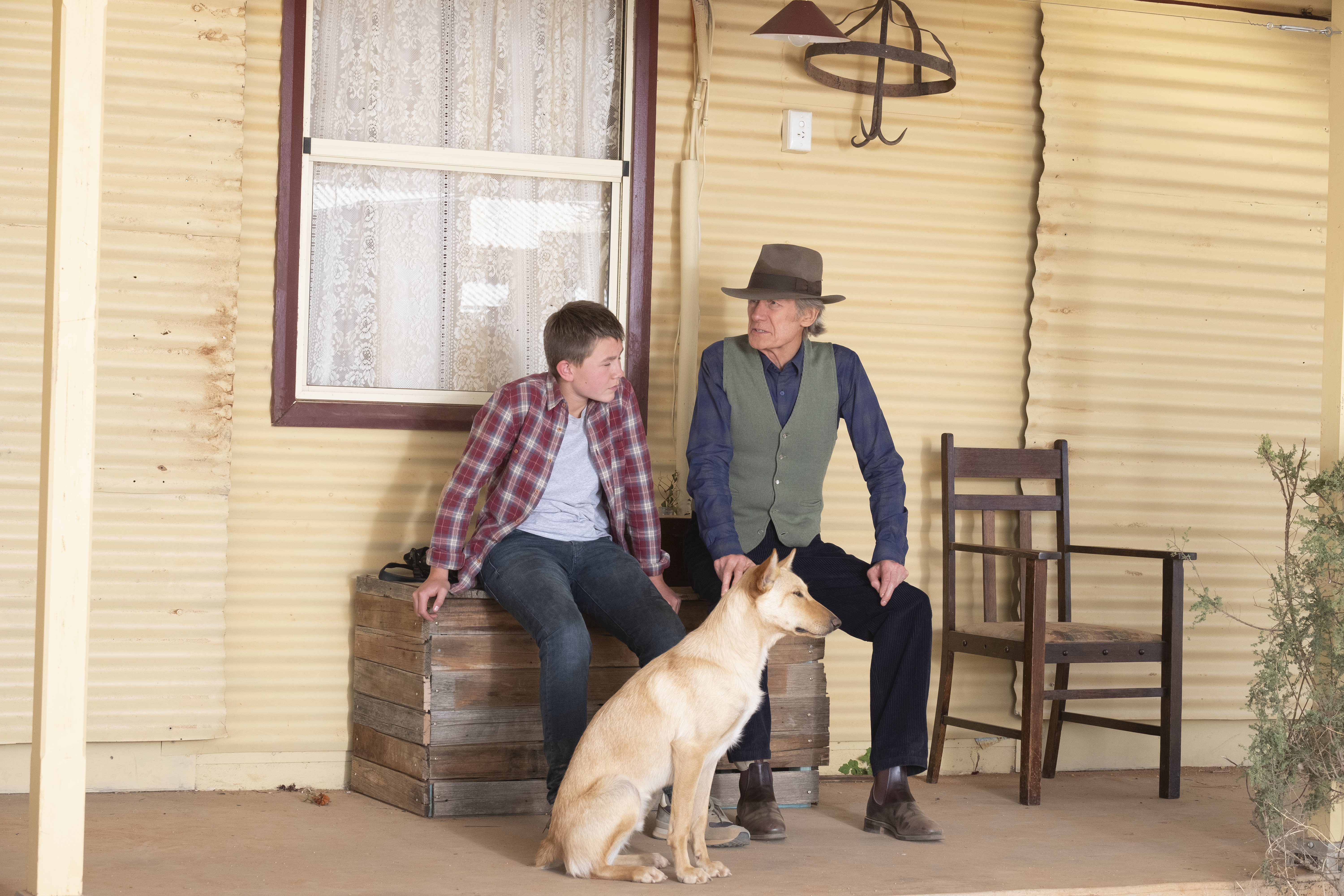 Co-written and directed by Tim J. Brown, the film centers on 12-year-old Ridley (Burch), who a year after the loss of his father moves with his mom (Hill) from New York City to Western Australian to live with Ridley’s estranged grandfather (Nighy). Ridley ends up lost deep in the Outback and forms an unexpected bond with a dingo he saves from certain death, and the two embark on an epic journey to find their way home.

“We are excited to take viewers on this journey through the Australian outback to share the story of loss and how the strong bonds of family can overcome anything,” said Rich Goldberg, co-president of Vertical Entertainment. “Bill Nighy is incredible in this film and new to the scene Milan Burch steals the film as his grandson.

Peter Jarowey and Josh Spector negotiated the deal for Vertical with Brown of Joker Films on behalf of the filmmakers. 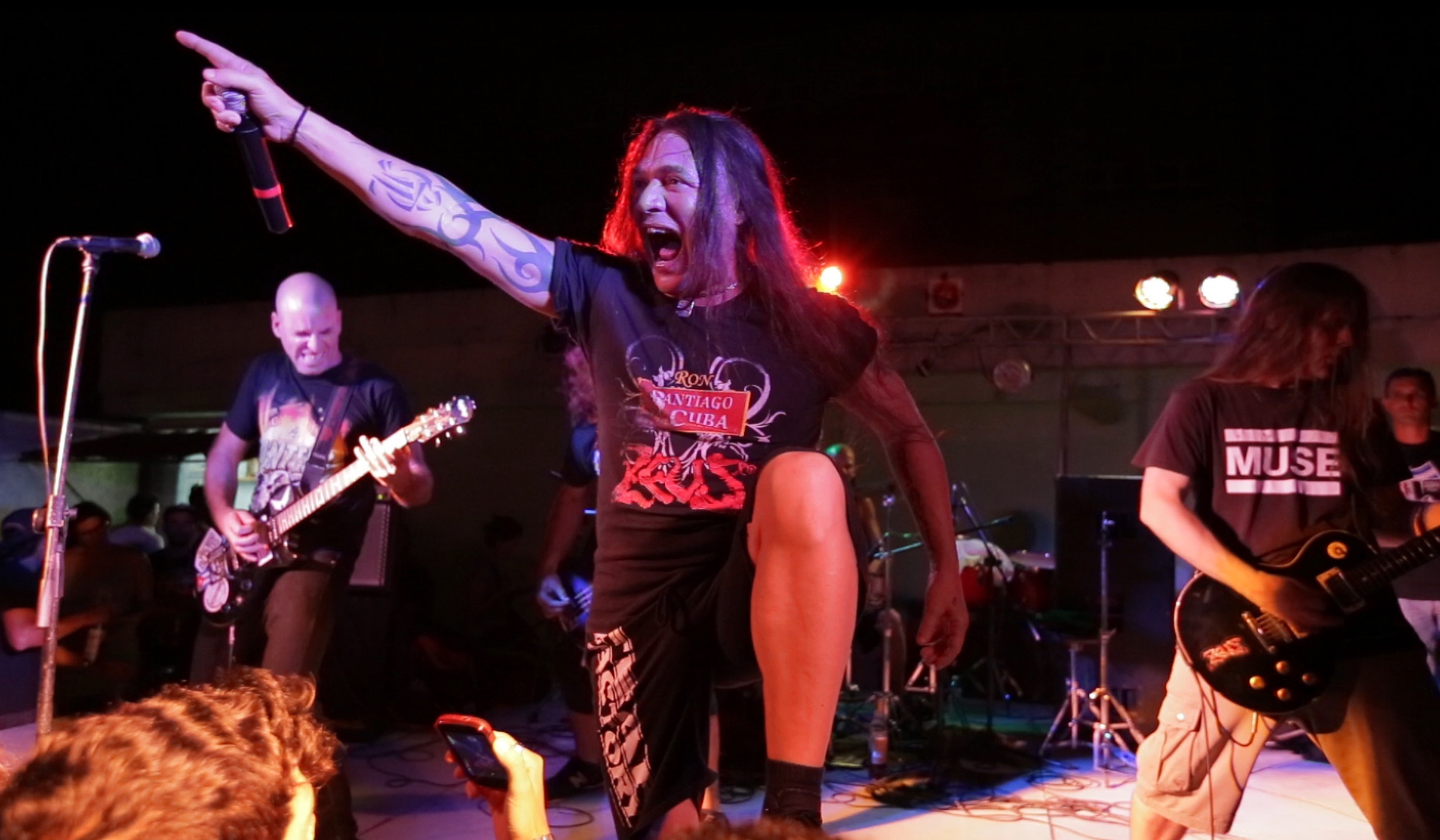 Topic has acquired North American rights to Los Últimos Frikis, the documentary directed by Nicholas Brennan that had its premiere at DOC NYC. It will now get a September 16 release on the First Look Media-run streaming service after a two-week run on Vimeo on Demand.

Filmed in Cuba over 10 years, Los Últimos Frikis tells the story of iconic Cuban heavy metal band Zeus, which formed in the 1980s when rock music was illegal in Fidel Castro’s island nation and rockers were called los frikis, “the freaks.” Eventually, Zeus’ lead singer Dionisio “Diony” Arce would spend six years in prison at the height of his career in the counterculture. Today, the band is an official group within the Ministry of Culture’s Agency of Cuban Rock.

Tags: Buckley's Chance, Cannes
You may also like
Recent Posts