ITV show Britain’s Got Talent was back on-screens tonight with Amanda Holden, Simon Cowell, David Walliams and Alesha Dixon in-charge of choosing which hopefuls they wanted to see go further in the competition. Tonight, David took the plunge and used his coveted Golden Buzzer up on one act, named Sign Along With Us, after a fantastic performance this evening.

The show sees thousands of hopeful acts audition each year with the aim of impressing the four judges enough to send them through to the next stage of the competition.

Tonight, one act left a huge mark on the judges, leading David to give out the first Golden Buzzer of the series after a particularly inspiring performance.

Brother and sister Jade and Christian came on stage to introduce the act in question as the former explained: “We’re ‘Sign Along With Us’,” before Jade revealed she was 18-years old and her little brother was just four.

As David probed the contestant on what they were about to perform, she explained: “We’re here to do some sign language and some singing.”

Jade proceeded to share the story behind the act, telling the audience: “We were told that Christian would never be able to communicate. 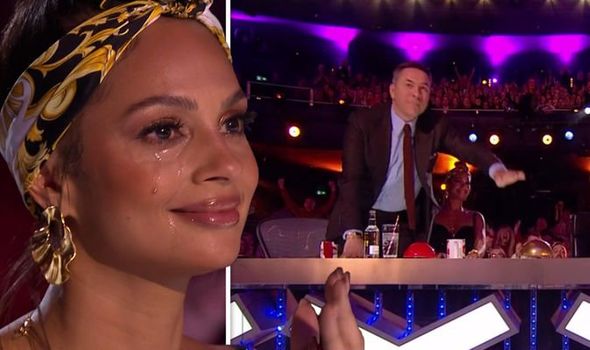 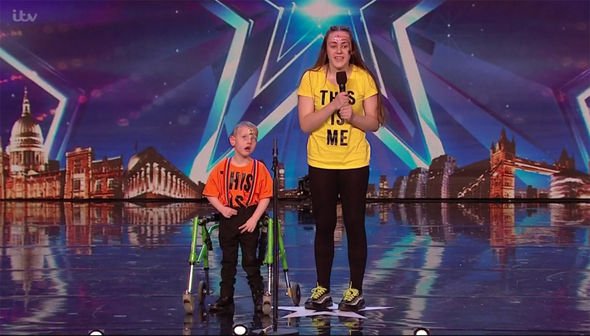 “I taught him sign language so then he could talk, and he’s here. A little miracle, proving everyone wrong,” before the show cut back to a video-tape.

Jade told the cameras: “I didn’t want to accept that Christian would never be able to talk. I just knew there was a voice in there that needed to come out.

“We decided we wanted to teach other people this, so we started a class. We’re just amazed at how many people wanted to get involved.

The shot then panned to some of the other group members, with 12-year-old Ella admitting she couldn’t wait to meet Simon Cowell: “I’m in love,” she told the camera.

Jade revealed: “Ella has actually met Simon before at the Child of Courage award at the Pride of Britain award 2019. 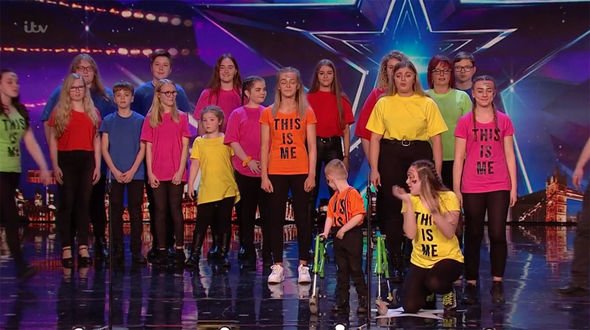 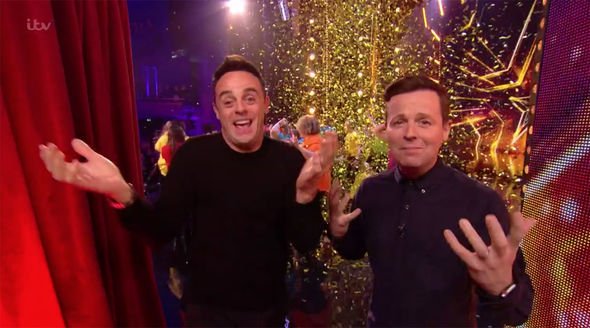 The show featured a clip of the judge handing Ella her award at last year’s ceremony, telling her: “You are the sweetest, bravest little girl and you deserve this – congratulations.”

“We’d never normally get an opportunity to do something like this, it’s unbelievable, we’re just so excited,” Jade added as it was time for them to take to the stage.

The duo started off their act as they were gradually joined by more and more of the group throughout the performance.

Some members of the group sung This Is Me from The Greatest Showman whilst others, including Jade, signed the performance alongside.

The audience and judges quickly became emotional by the heartwarming performance, with Amanda and Alesha in tears.

As soon as the performance was over, the act knew they had smashed it as the whole arena, including the panel, was on their feet.

Amanda kicked off the stream of positive feedback, noting: “That song is such an anthem for people who don’t feel part of the world or part of anything. I just found it really, really moving – it was absolutely brilliant.”

Her fellow judge Alesha was also left moved, saying: “I genuinely can’t find the words,” as an audience member offered up their suggestion, shouting “amazing” to the room.

Alesha added: “There you go! Christian, you are an absolutely little star so thank you,” before Simon offered up his thoughts: “I have to confess, I have a friend of mine in this choir – Ella!

“We met at the Pride of Britain and I heard Ella sing. I said, ‘I have a feeling that one day you’re going to be auditioning on one of our shows,’ and guess what? You’re here.

“And you sang This Is Me and I’m thinking, ‘You are us,’ because you define what this show should be all about. This is an audition I will never, ever forget,” as Ella beamed back at the judge.

David was last up and he had a special surprise in-store, telling the group: “Every one of you gave everything to this performance. An amazing, positive message to put out there, and all I can say is this!” as he proceeded to give out the first Golden Buzzer of the new series.

The act was left ecstatic with the result, meaning there are now three more Golden Buzzer opportunities to come in the auditions, but who will they go to?

Britain’s Got Talent returns on Saturday at 8pm on ITV.