But reality has finally caught up with the world’s longest running drama. From tomorrow, the familiar theme tune will herald a groundbreaking format as producers grapple with the lockdown. The Archers 2.0 will see actors record from home. And, for the first time listeners will hear what the characters are thinking. Tim Bentinck, who has played Ambridge’s stalwart David Archer for 38 years, said: “It is terribly exciting and won’t be like any episode listeners have ever heard.”

The Archers has come a long way since it was conceived in 1951 to educate farmers.

Its transformation has seen the show praised for inserting contemporary campaigns on septicaemia, coercive control and historic sex abuse into plots.

Speaking from his North London home, Tim said the time lag in reflecting Covid-19 was due to the way the show is made, with actors descending on BBC studios in Birmingham to record five weeks’ of shows in five days.

He said: “When the last episode was being recorded, it was two days before the national lockdown and scripts had been written months earlier.

“Occasionally we have topical inserts to reflect a major event and we have to shoot up to the studios to rerecord scenes. “But because this pandemic is across everything, it would have meant changing every script. It was impossible.” 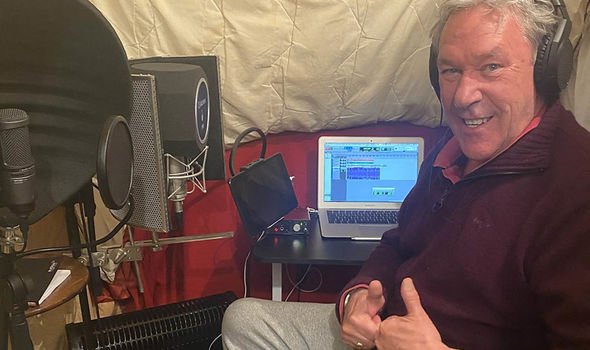 The choice was between pulling the show altogether or letting Ambridge remain a coronavirusfree bubble and allow people having a tough time in real life to “look forward to 13 minutes of loveliness every night,” he said.

So instead of lockdown, furloughs and empty shelves, listeners heard about Lynda Snell’s painful recovery from the Grey Gables explosion and Tracy Horrobin’s power grab at the Ambridge cricket club.

Tim, 66, said: “Viewers have been so gracious, saying that without their fix of the Archers they’d be bereft – particularly those who are alone in lockdown.

“We give them a surrogate social life. The duty we feel to carry on is palpable.”

“Producers ditched the next block of 12 scripts and then pondered how to deal with events. The decision was taken for actors to record from home. 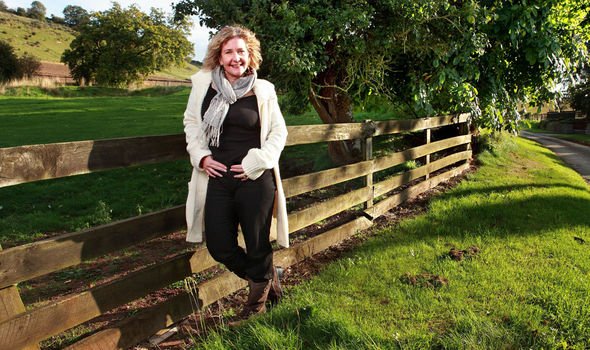 Tim said: “I’ve been recording from home for a long time so I already had a small studio, but a lot of the cast didn’t.

“The BBC sent us all a microphone, a reflection filter which is a dome that goes behind it to deaden the sound, a shield which goes in front to stop those corrosive Ps, and headphones.”

While BBC studios have a so-called dead room, designed to allow actors to shout as if outside without the echo of their voices bouncing off the walls, other methods had to be found.

Tim said: “We had to recreate dead rooms at home so we went into the corner of our bedrooms and covered ourselves with duvets.

“Because, if I’m walking up Lakey Hill, the last thing you want is for me to sound like I’m in an echoey room.”

In normal times, up to six actors could be moving along the studio all accompanied by a technician providing the sound of a tea cup being stirred or wood being chopped. Now, actors record on to computers and the files are emailed for sound affects to be added. 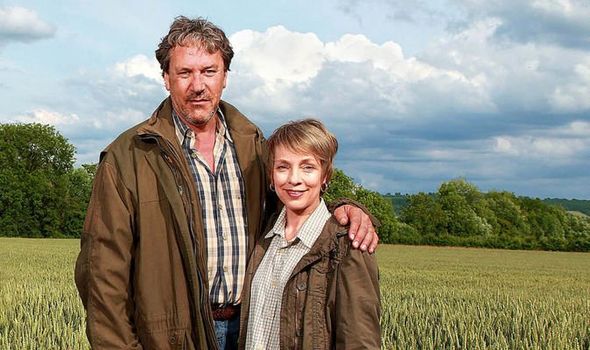 Tim, who will feature in tomorrow night’s episode, said: “What’s really terribly exciting is that listeners have never heard what characters are thinking.

“Now, they will learn a lot more about what’s in their heads. I’ve even had to adopt different inner and outer voices.”

With The Archers taking up only one week in five, the actor has established a varied career on stage and screen, including Grange Hill, The Royal Bodyguard, The Game, The Politician’s Husband and The Crown. Soon he will be appearing in HBO’s new blockbuster Victorian sci-fi series The Nevers.

But the 12th Earl of Portland – to give Tim his real-life title – is no stranger to agriculture, having been brought up on a Tasmanian sheep farm.

He said: “I’ve always played David Archer as if I, Tim, had decided to be a farmer.

“I worked on farms when I was younger. I’ve driven tractors and ploughed fields and delivered lambs. My father created an organic smallholding in Devon in the 1970s.

“I’m 6ft 3in and fairly strong and I’ve been rebuilding my house all my life so I’m quite a practical guy. I’m totally with David on that.” 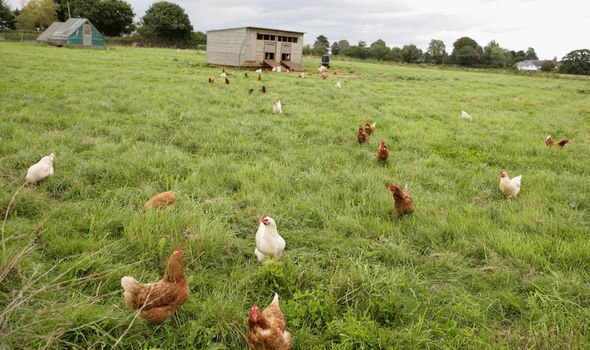 The worst part of lockdown is missing his “second family”, he admitted. “I go to the studio and sit in the green room with people I’ve worked with for 38 years. I’m very very fond of them.

“There’s a love there. My mum died when I was 13 and Paddy Greene, who plays Jill, is my surrogate mother. I’m missing that terribly.”

Asked whether The Archers will continue for another 70 years, Tim said: “If The Archers can survive the coronavirus pandemic, it can survive anything. “I did an audio book about submarine warfare in the Cold War. In times of tension they’d come to the surface and tune into Radio 4 and if they couldn’t hear The Archers, they’d know Armageddon had happened.

“If it all goes pear shaped, we’ll still be recording from our nuclear bunkers. The BBC will have sent out kits.”

Tags: ctp_video, headlines, UploadExpr
You may also like
Recent Posts