Prince Philip passed away last Friday two days before his 100th birthday. The Duke of Edinburgh’s funeral will take place today at 3pm at Windsor Castle and only 30 people are allowed to attend due to coronavirus restrictions. The BBC is set to take a pause in its usual TV schedule so that it can air tributes and the coverage of the late royal’s funeral. Today’s BBC Breakfast also dedicated a lot of the news programme to Prince Philip’s funeral with host Charlie Stayt presenting from Windsor Castle. However, some viewers took to social media to air their frustration at Naga Munchetty and Charlie’s extensive coverage.

Taking to Twitter, one viewer commented: “Why do you keep telling us that coverage of the funeral starts at 12.30pm? You’ve covered nothing else since 6am! I feel like I’ve been to the funeral a dozen times already. RIP Prince Philip. Sorry, the media thrashed your request for a low key departure.”

Another said: “Whilst I respect the Queen today @BBCBreakfast are already on the funeral updates non-stop.

“The funeral is later today with a live broadcast, surely we can do other news?”

A third added: “I’m getting increasingly irritated by the wall-to-wall coverage of the death of & preps for the funeral of Duke of Edinburgh! I am sorry for his death & grief of his family BUT there are more important items of news!” 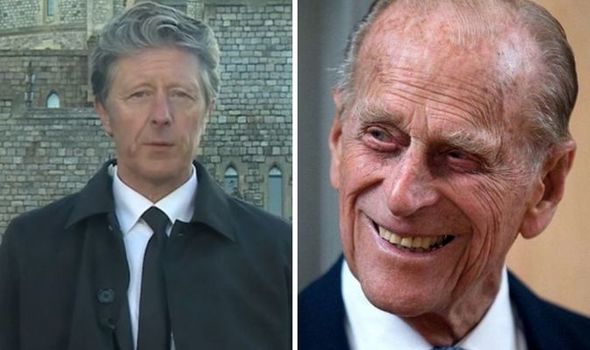 A fourth tweeted: “We actually don’t need to see the funeral now that BBC Breakfast has spent at least 15 minutes telling us exactly what will happen in excruciating detail.”

“Anyone realise there’s a funeral happening today? I couldn’t tell,” a fifth said.

Other viewers praised the programme for airing such a lovely tribute to the Duke, with one tweeting: “Great to see Naga and Charlie this morning to present this important day. Perfect opening from Windsor to set the scene. This is what @BBCBreakfast do best. Proud.”

Another commented: “What a beautiful tribute to Prince Philip. I am saddened that today we will say our last farewell.”

It comes after the BBC was flooded with thousands of complaints from viewers over the back-to-back coverage of Prince Philip’s death last week.

The broadcaster set up a specific complaints form for those wanting to lodge a grievance about the extent of the coverage of the Duke’s death.

Defending their coverage of Prince Philip’s death, a spokesperson for the BBC said: “We are proud of our coverage and the role we play during moments of national significance.”