After three years of being engaged, former bachelorette Kaitlyn Bristowe and her season winner Shawn Booth decided to go their separate ways in.

Bachelor fans started to believe Bristowe and Booth had split around August 2018, but they didn’t announce their breakup officially until a couple of months later. Bristowe met Tartick in October 2018. On a recent episode of “9 to Wine with Kaitlyn Bristowe,” the couple spoke about getting to know each other and unexpectedly forming a connection so soon after Bristowe’s engagement ended. 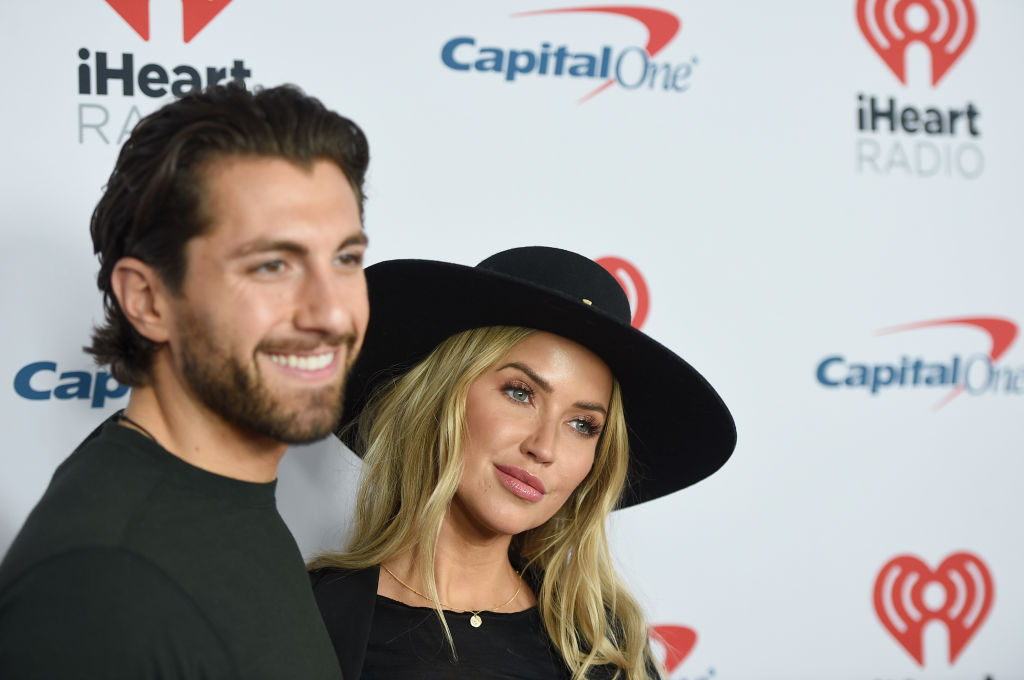 How Jason Tartick and Kaitlyn Bristowe got together

Tartick was a guest on Bristowe’s podcast, Off The Vine, while she was in Seattle, Washington. They both had been having a hard day, but after sharing an “electric hug,” they had a great time getting to know each other.

Afterward, Bristowe called her girlfriend and told her, “Whoever dates that guy is so lucky.” And Tartick called his friend and told him, “I just met my wife. I think I’m in love.”

After Tartick did the episode, they couldn’t help but keep talking.

“At that point, I’m just like, it’s just too soon and I’m trying to talk myself out of it. But you just can’t talk yourself out of someone who makes you feel happy and who brings joy into your life. Why would you fight that?” said Bristowe of developing feelings for Tartick.

Eventually, they admitted that they’d be uncomfortable if the other was seeing someone else.

“We both said, ‘I would be sad if you were talking to anyone else.’ And then it kind of snowballed from there. We were both gonna be in Denver at the same time in January so we said let’s go on a date then,” said Bristowe.

EMOTIONAL ALERT. On this day last year…. I walked into a studio in Seattle to podcast with Jason and Olivia. I almost canceled because I had been bawling my eyes out in an Uber, going through some crap, and I was crying on FaceTime to my dad when he came in. We had never met, but he hugged me, and told me he had just cried too at a charity event he came from. He looked at me and said, “let’s have a soft Tuesday together”. He almost canceled as well because he had an eye infection. He brought a nice bottle of wine, and I had asked Olivia to join me for the podcast because I thought I would need someone to help keep the energy up, since I was so sad. But If you spend two seconds with Jason you realize his energy is electric and you can’t help but be in a good mood. My day had changed. I didn’t know what was going to happen. I thought of Jason as a friend, and wanted him to be the bachelor. He actually helped me through a hard time. I just wanted him to be happy. J, I met you 365 days ago and from what felt like was a goofy friendship, turned into a beautiful love story. Thank you for always lifting me up, being my rock, and thank you for stepping foot into that studio with your Cyclopes eye. You’re my Lobster.

RELATED: ‘The Bachelor: Listen to Your Heart’: Why Did Jamie and Trevor Break Up?

On their date, Bristowe and Tartick drank, danced, and sang the night away. They had a great time.

“We would fall asleep on each other’s FaceTime. We put the phone on the opposite pillow to talk and fall asleep. So it was like this weird force that I hadn’t had with someone before that like we couldn’t stop being connected,” said Tartick about his feelings for Bristowe.

The Bachelor couple moved in together after just six months of dating.

“Six months after our date, we just couldn’t do the long-distance anymore. Seattle to Nashville is a 5 1/2 hour flight and Jason decided to leave corporate America. You can always go back. We decided Jason was gonna move to Nashville and we just started our life together,” said Bristowe.

The couple is currently isolating together in their home and Tartick says a proposal is on the horizon.

Read more: Dean Unglert Admits the ‘Bachelor’ Alum He ‘Had a Crush’ on Before Caelynn Miller-Keyes

Tags: Bachelor':, Couple, Ka
You may also like
Recent Posts