Antiques Roadshow is currently airing repeat episodes on BBC One on a Sunday evening as they prepare a new series much to the delight of fans. In a recent instalment, the show – hosted by Fiona Bruce – headed to Eltham Palace in south London, where expert Philip Mould was delighted to be presented with two unknown paintings by Diego Rivera. During the valuation, he revealed the price tag for the items but the owner was adamant he would not part with the artwork.

“When I first saw these on my table, framed as they were, I thought they were modern reproductions – or at least I thought you had picked up a pair of fakes from an online sale,” Phillip initially remarked.

He then took a closer look at the pictures and asked: “These aren’t the original frames surely?”

“No, the original frames were these,” the owner revealed and produced two photographs of how the paintings used to look.

“Ah very different,” Phillip commented and the owner continued to explain: “When I inherited them, they were severely distressed.” 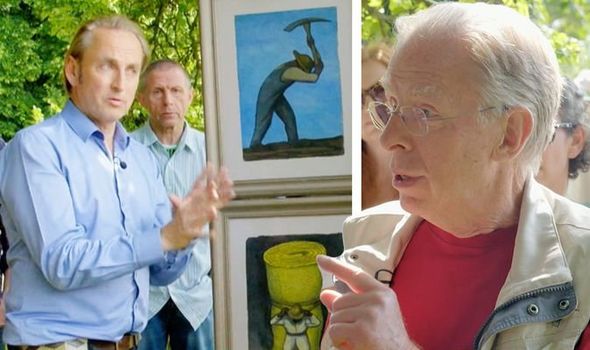 “So you’ve changed the frames on them, because I think in changing the frames you’ve taken away slightly the aroma, the mystique of 1960s which is closer to when these were painted,” the expert said slightly disappointed.

“Because they are both signed by Diego Rivera; the great Mexican artist, who in the 20th century defined so much of Mexican culture in art to the world at large,” Phillip continued.

Turning to the paintings, one showed a farm worker with a pick-axe mid-swing, the background was a startling bright blue.

The second showed another worker carrying a golden roll of carpet on his back.

“They’re so striking. And they’re sort of icons of Mexico,” Phillip remarked. 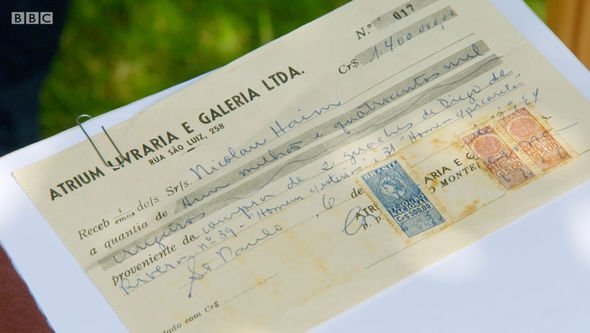 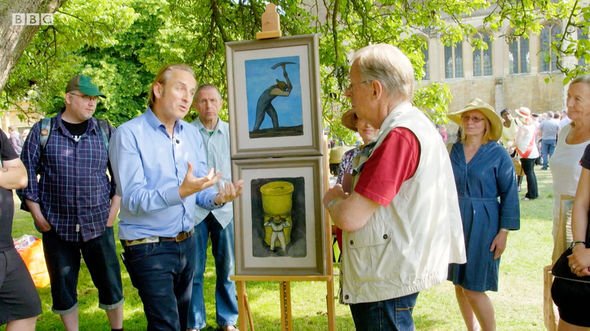 “I’ve got to ask you though – because any person in the art world will – can you prove that your uncle bought these from a reputable dealer? Have you got any provenance?” He probed.

“I have the original receipt of 1964 when he bought it from a dealer and there is also a -“ The owner revealed but was cut off by a very intrigued Phillip.

“You’ve got it here with you!” the expert exclaimed.

The camera then zoomed in closer to the piece of paper and Phillip stated: “There is a stamp tax. 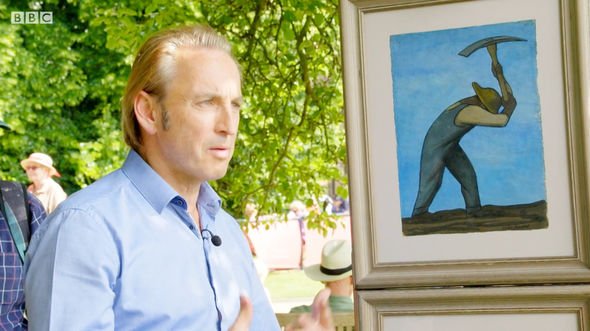 “If I might just look at the receipt here, it’s got written on it, ‘thick non-transparent watercolour’ which these are by Diego Rivera, and it looks to have to the titles here; ‘Man with roll of carpet’ and ‘Man with pick axe’.

“I can’t tell you how reassuring it is that you have that piece of paper, linking you and your uncle to these works,” he added.

The owner then explained how he had never shown these pieces off, in museums, books or galleries.

“The first time, since he painted them, we can reveal them to the public!” Phillip energetically exclaimed.

As for how much they were worth, the price tag was staggering.

The audience which had gathered to listen to the valuation gasped, but the owner just laughed.

Antiques Roadshow is available to watch on BBC iPlayer now.