AN A in the Sun guest halted the property hunt by saying "let's go home" as his wife burst into tears mid-viewing.

Yesterday's instalment of the Channel 4 show saw Karen and Peter try to find their perfect home located in Tarragona in Catalonia, Spain. 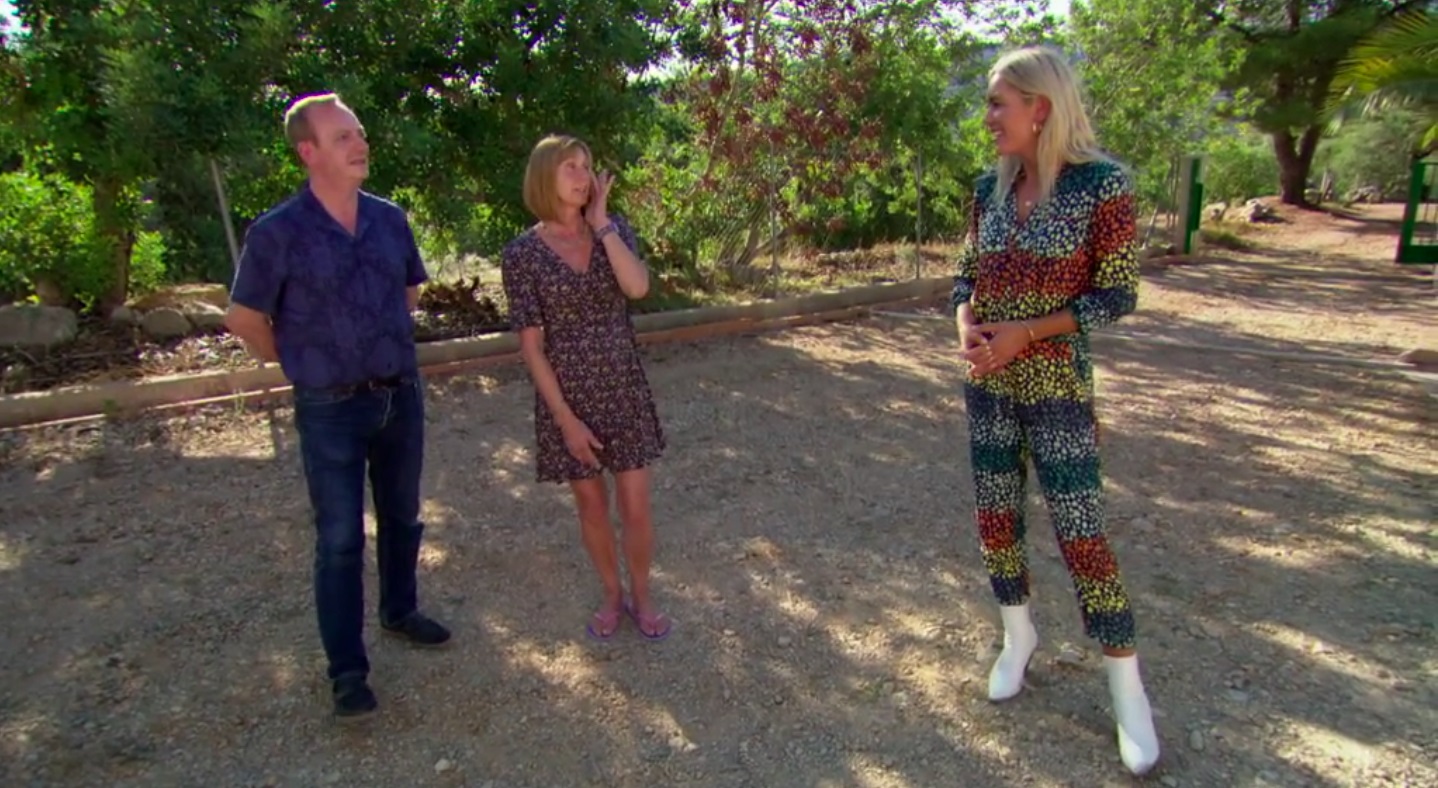 The married couple from Liverpool, who have a keen interest in saving the planet, enlisted help from Danni Menzies.

Karen and Peter told her they had a budget of £180k and wanted something for the whole family of 11 to enjoy, as her daughters would like to run fitness and yoga workshops.

They also wanted somewhere to grow their own fruit and vegetables.

The first property ticked plenty of boxes when they first arrived – with four bedrooms, outside space, a pool. 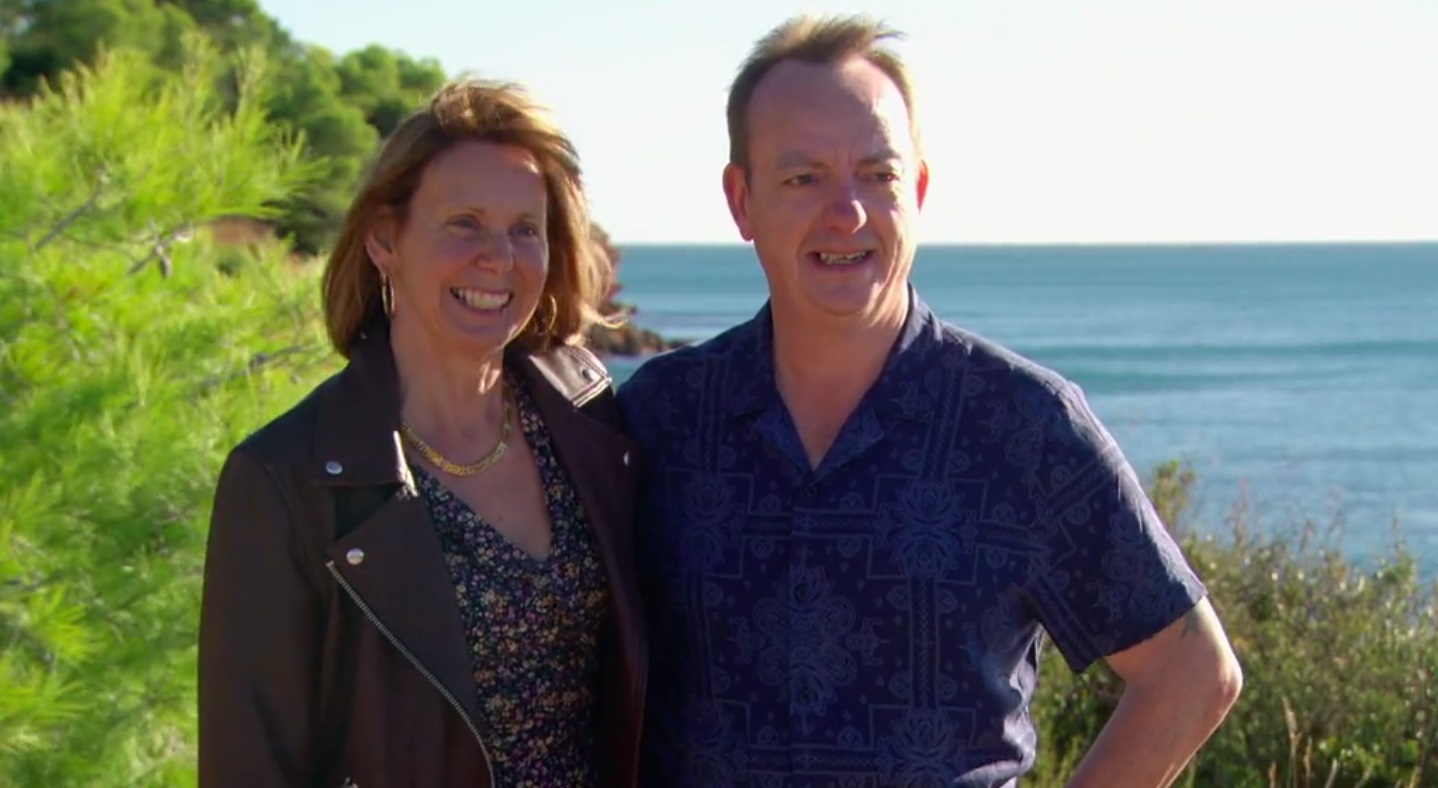 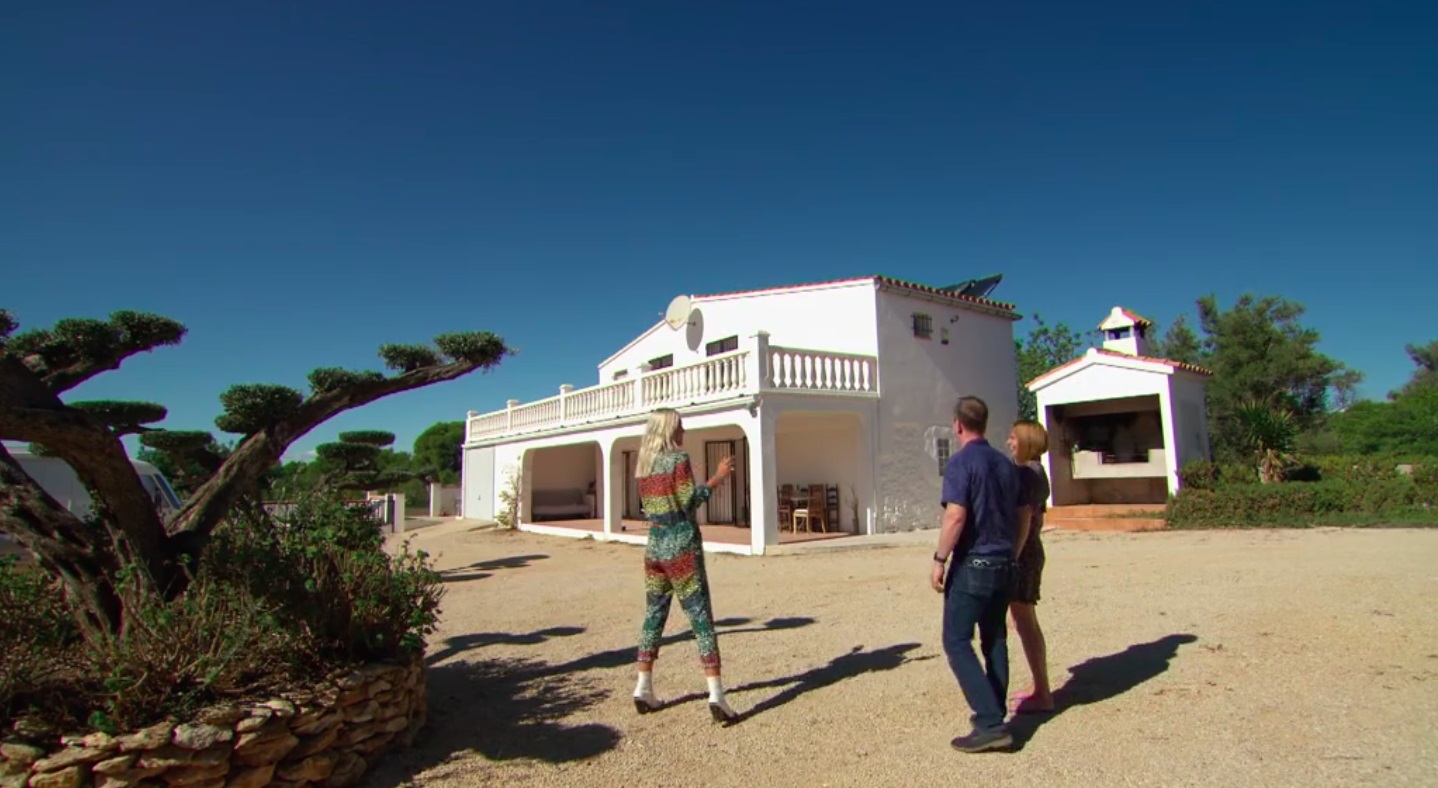 It even had a well and solar panels ready to use.

Before having a look around Peter said: "Let's put in and offer and go home."

But they didn't seem too keen when they had a look inside, but still said it was a contender.

The second house was liked, but property number three was the next to stand out, which was priced at £217k. 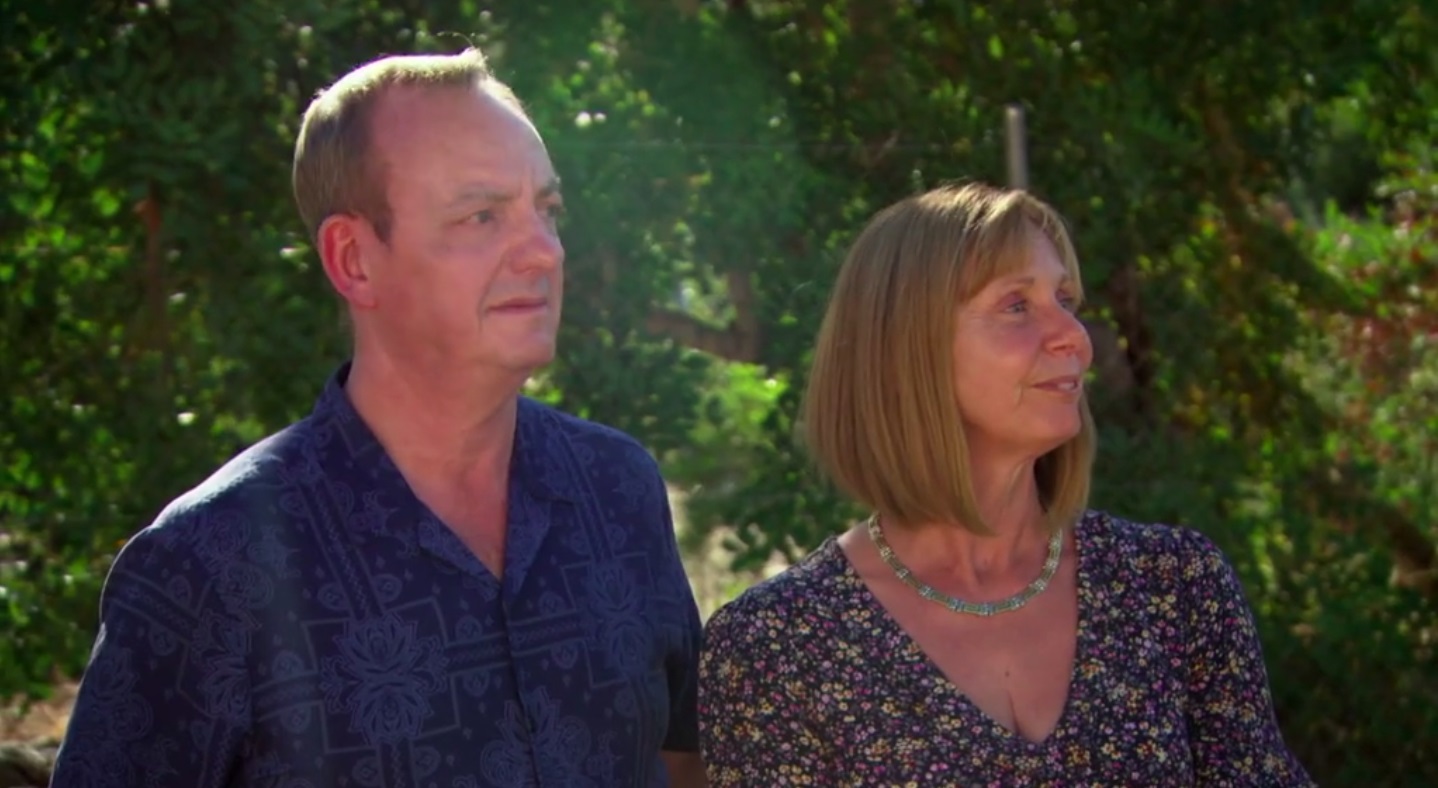 As they took in the beautiful views surrounding the village of Freginals, Karen broke down in tears.

She said: "Over the years thinking about this move, I didn’t think I would get upset…"

The gorgeous mountains scenes touched Karen and made her shed a tear.

They later decided to put in an offer. 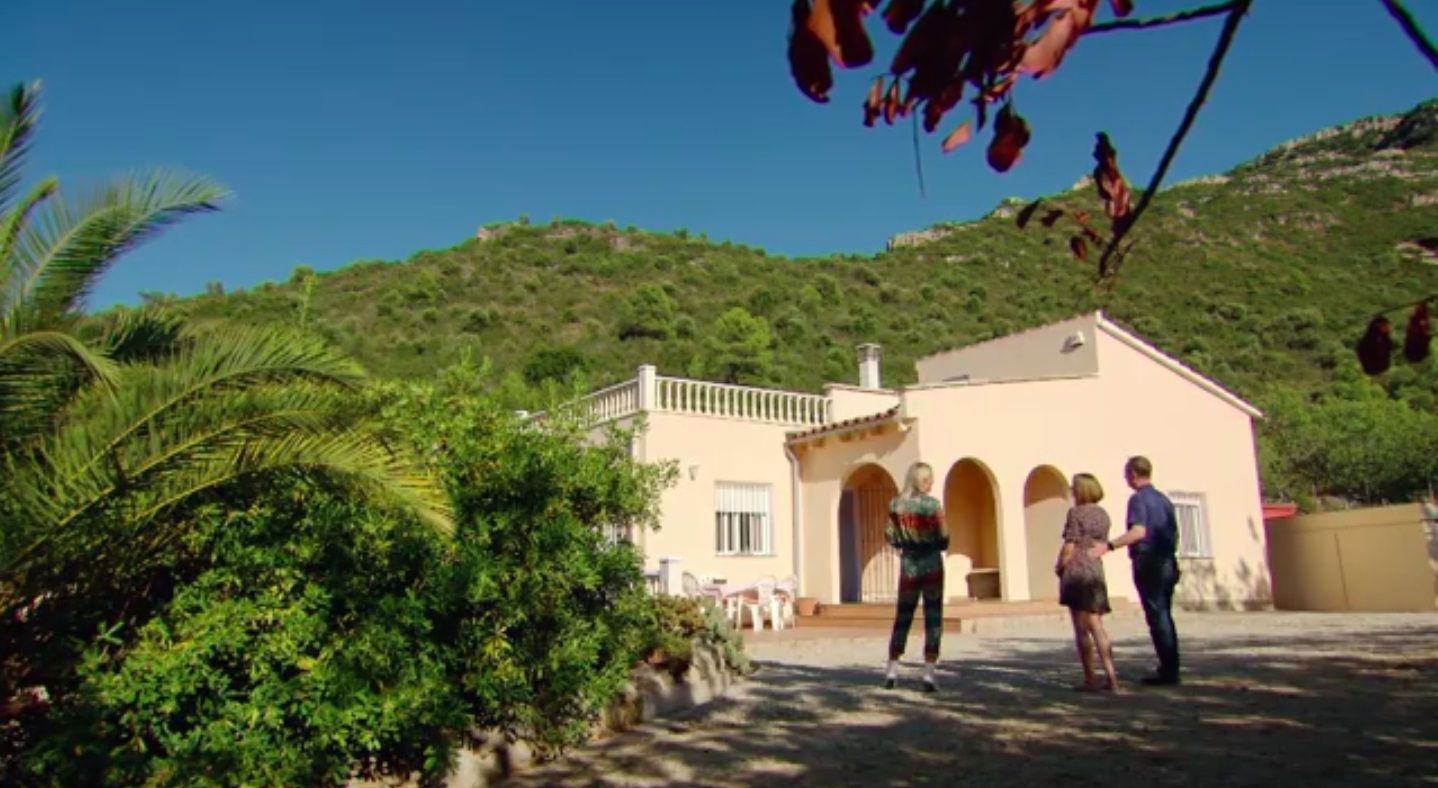 And Karen and Peter went home with their dream property for a £186,000.

It comes after presenter Laura Hamilton was left open-mouthed as couple pull off seriously jammy gamble earlier this week on the property search show.

The TV host was in Paphos with Diane and Gary, who were searching for a holiday home in the sunshine that they could enjoy all year round.

The final apartment they were shown, a two-bed bungalow in Kate Paphos, was the one that caught their eye.

It was on the market for £144k, but Laura told the couple tat the agent was willing to accept accept £140k.

Diane and Gary offered to pay £15,000 less than the asking price, but the offer was not accepted.

Tags: a, guest, halts, in, place, Sun, The
You may also like
Recent Posts