90 Day Fiancé: The Other Way star Deavan Clegg has revealed that she will not attend the upcoming Tell-All with her estranged husband, Jihoon Lee. She originally told fans that she would share her side of the story at the reunion special. Now she claims TLC is leaving her out because they don’t want the drama. Fans haven’t been able to figure out what’s really going with Deavan. But they’ve made it clear they aren’t buying her story. 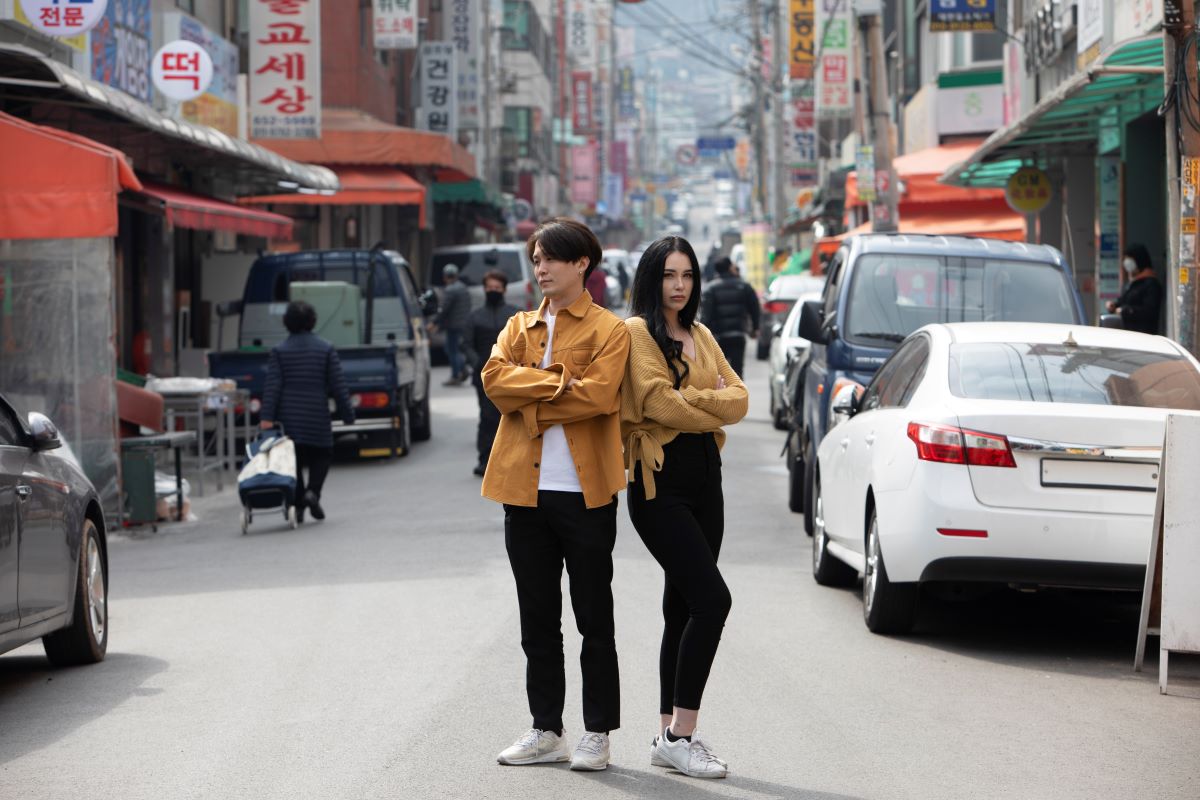 During the current season of 90 Day Fiancé: The Other Way, Deavan and Jihoon have been in South Korea. They’ve been trying to make their relationship work for the sake of their children. But, as fans know, Deaven ditched Jihoon after filming and returned to America with the kids.

While the season’s been playing out on TLC, Jihoon has been posting strange messages on social media. He’s also repeatedly deactivated, then reactivated his account. Meanwhile, Deavan won’t talk about her marriage because of the NDA she signed.

Deavan has already moved on to a new relationship with actor Topher Park. According to Soap Dirt, Deavan says she’s been begging Jihoon for a divorce for months. However, he doesn’t want one and refuses to file.

Deavan says she and Jihoon have been separated for six months. But, she told producers four months ago that things were fine with her and Jihoon. Now, the mom-of-two claims the divorce filing is beyond her control. Jihoon and Deavan are still married because she insists that she can’t file, only Jihoon can.

Deavan claims something ‘vile’ happened to her daughter

Deavan has repeatedly told fans that she can’t reveal what happened with her and Jihoon because of her NDA. However, she promised that she would tell the world the truth at the 90 Day Fiancé: The Other Way Tell-All.

But as Screen Rant notes – in the strangest turn of events – Deavan suddenly announced that she wouldn’t be a part of the special. Deavan claims that Jihoon and his parents did “vile things,” and it appears her daughter Drascilla is involved.

“We will not be attending the Tell All,” the 90 Day Fiancé star wrote on her Instagram Story. “TLC is aware of what happened to my daughter, and has been for months. Their reason being, ‘we don’t want to have to put your family through that and be around him.’ So, I’ll leave it at that.”

She added the truth will come out in “the future.” Deavan also claimed she was upset that she couldn’t tell her side of the story. She says she’s upset because “they knew what was happening.”

“And I sat here pretending it was okay online for them so I wouldn’t be breaking my contracts,” Deavan wrote.

Throughout her entire run on 90 Day Fiancé, fans have been skeptical about what comes out of Deavan’s mouth. She hasn’t been truthful in the past, and she’s often told lies to make Jihoon look bad.

Because of her history with the truth, or lack thereof, fans are skeptical about Deavan’s latest claims. Some believe she is making all of this up to once again make Jihoon look bad. And, some have pointed out that Korean divorce law “doesn’t treat foreigners differently.”

Sources say that Deavan can file for divorce from the United States. And, she can do this even if Jihoon doesn’t want to. Why would she claim she can’t file for divorce? Is Deavan accusing Jihoon of abuse? Fans have so many questions, and it doesn’t look like they are going to get any answers.

The 90 Day Fiancé: The Other Way Tell-All returns in October on TLC.

Tags: 90 Day Fiance, TV
You may also like
Recent Posts
This website uses cookies to improve your user experience and to provide you with advertisements that are relevant to your interests. By continuing to browse the site you are agreeing to our use of cookies.Ok